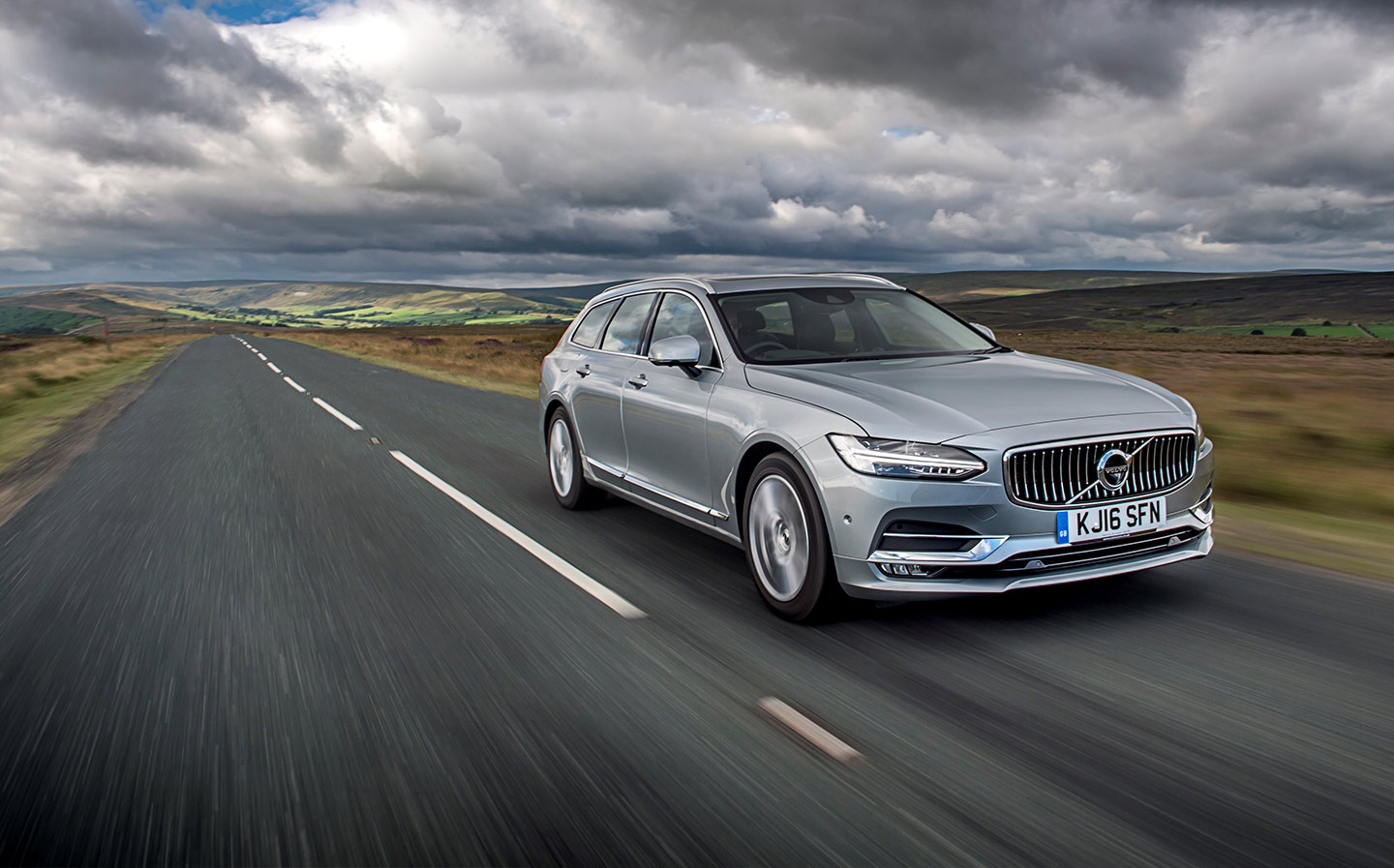 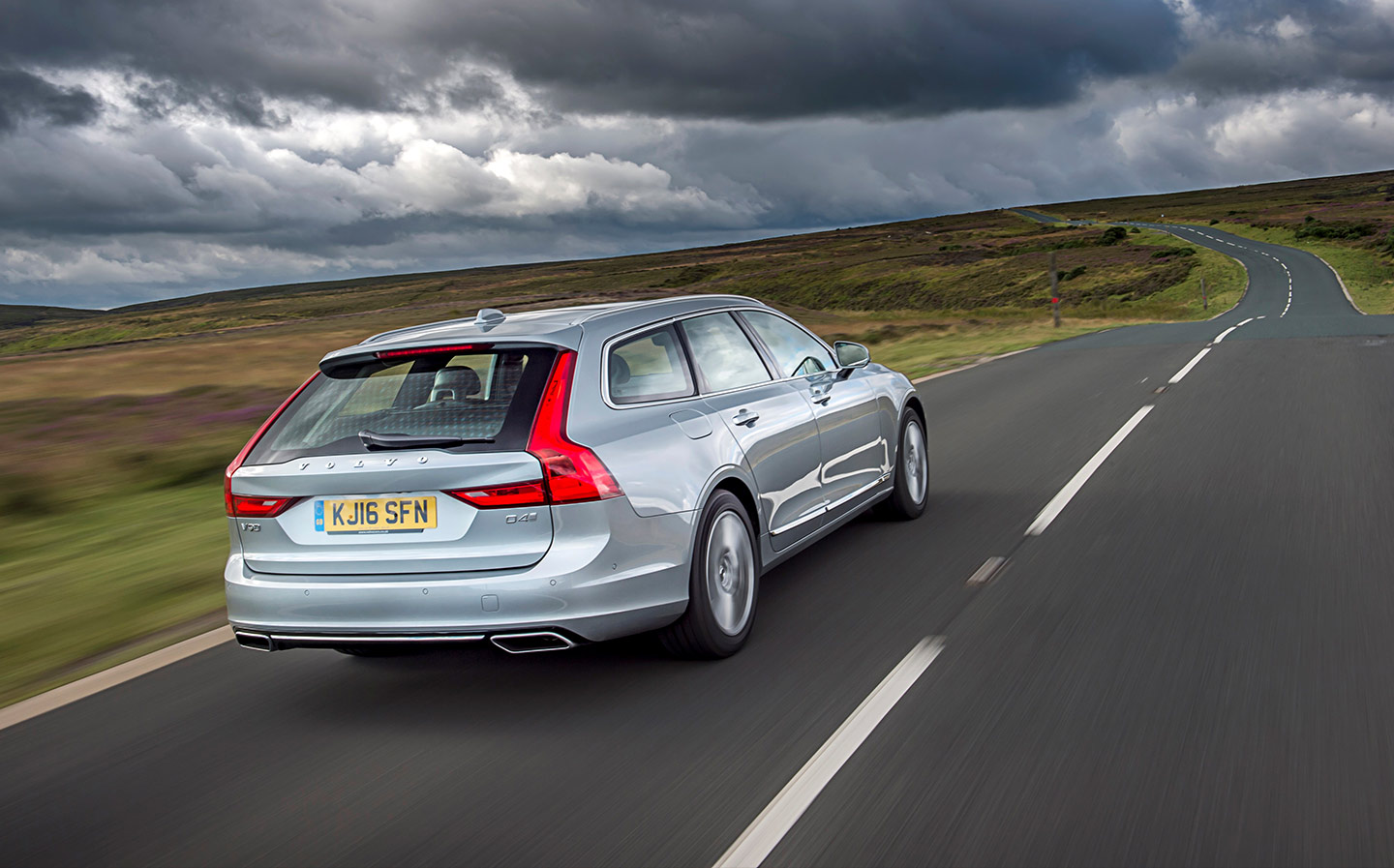 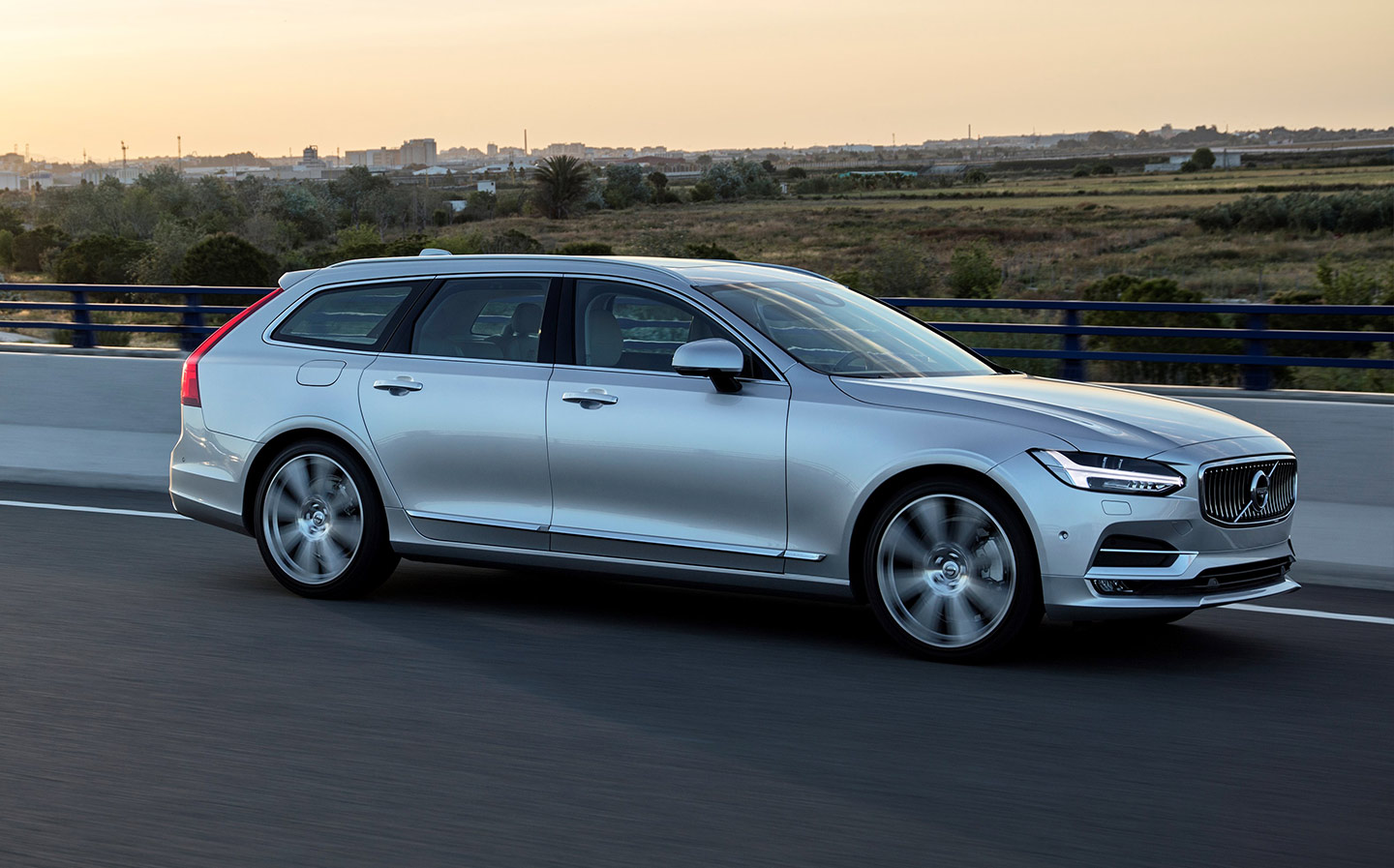 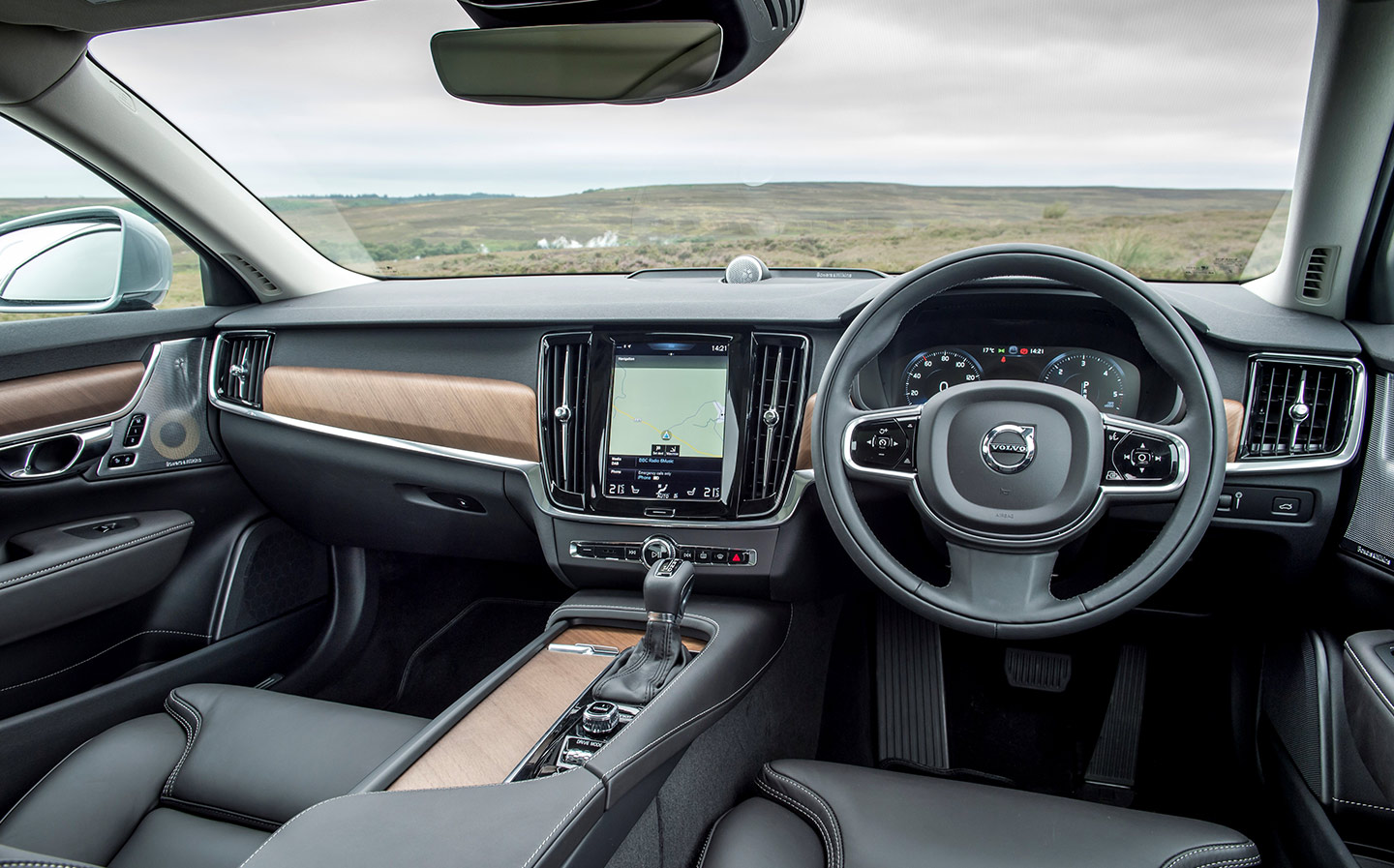 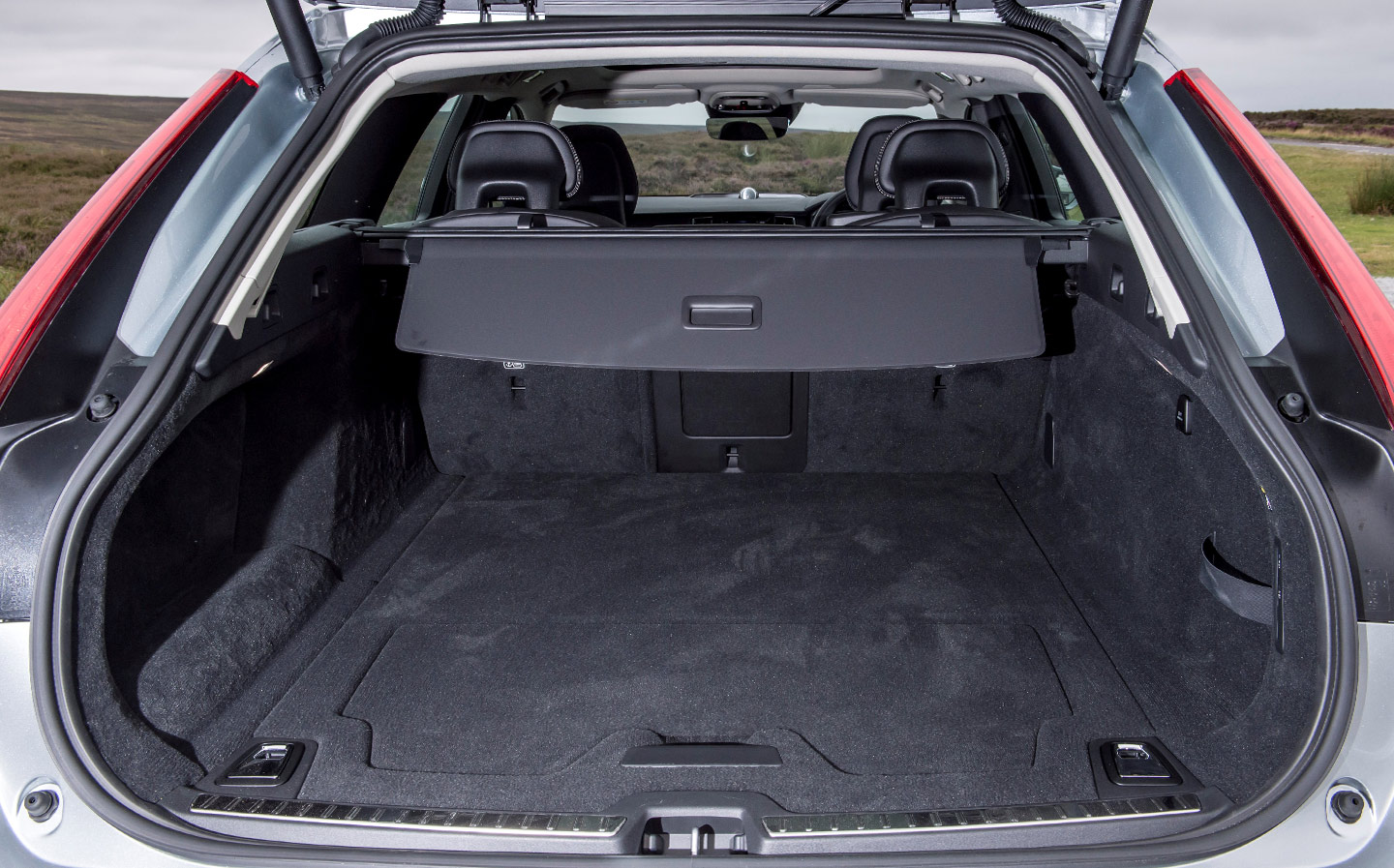 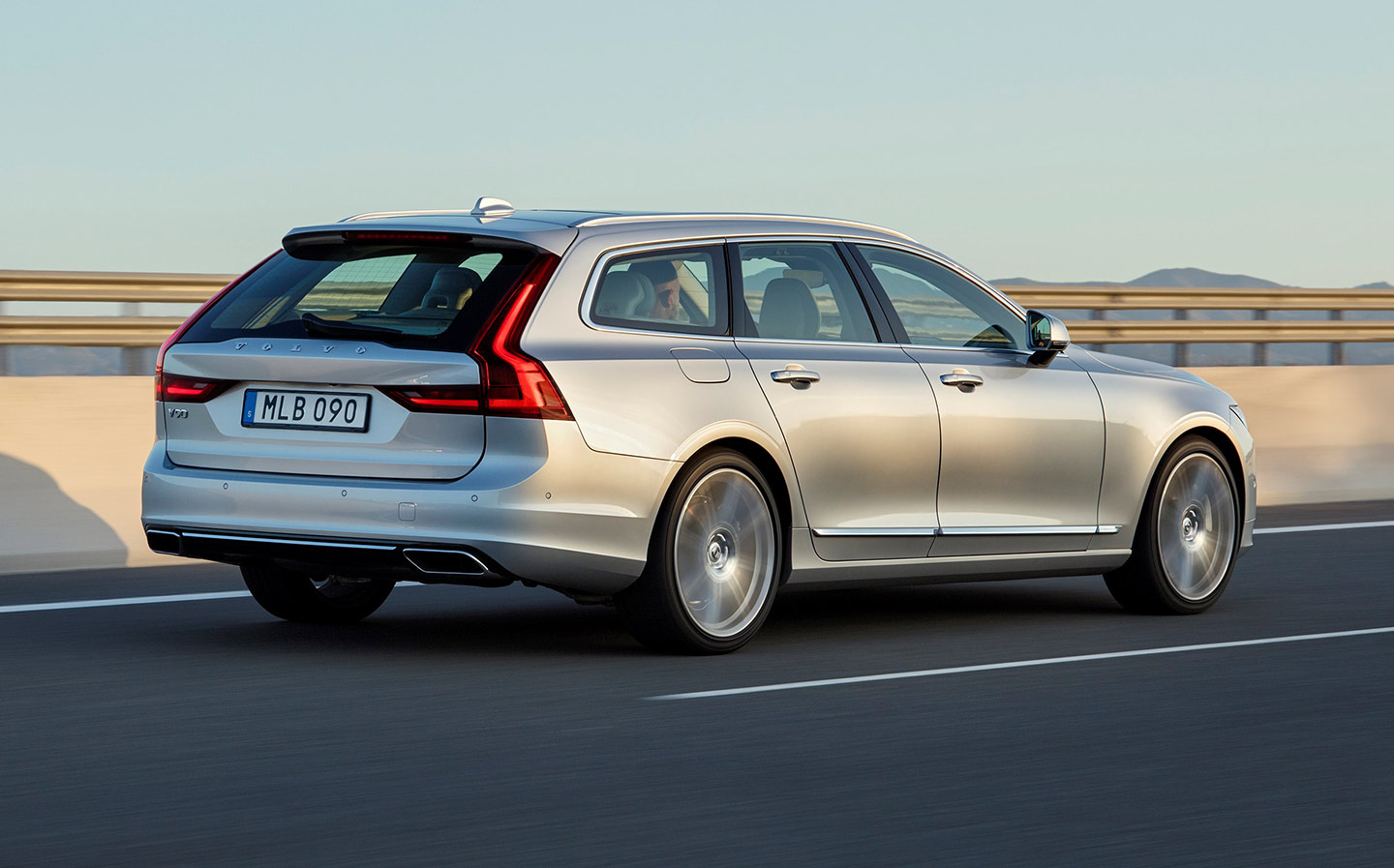 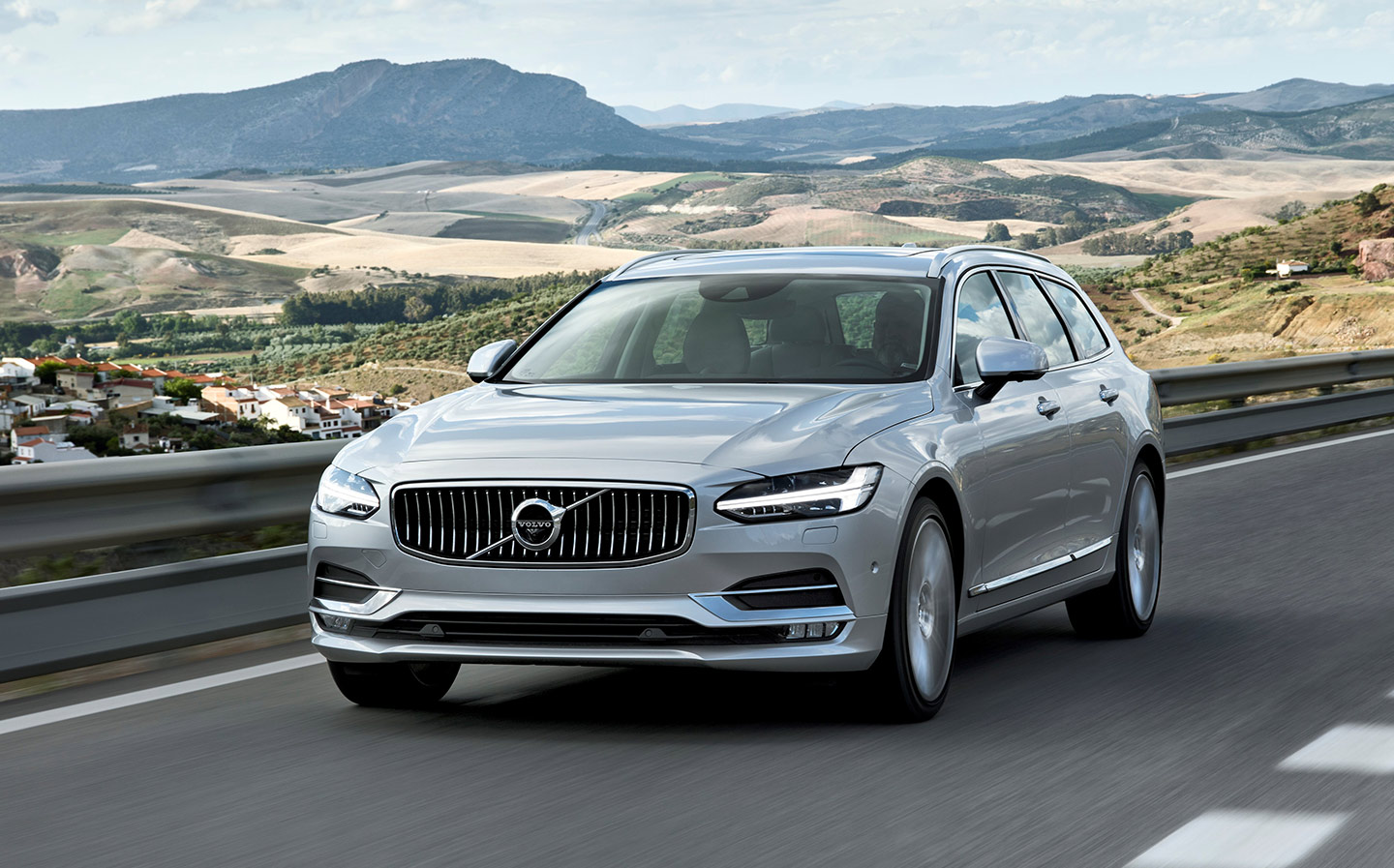 Share Article
Beauty comes at a price
At a glance
Pros
Best interior this side of a Rolls
Good ride
As safe as cars get right now
Cons
Clattery diesel
Design hampers interior space
It's how much?
Specifications
Cars > Volvo > V90

ACCORDING to my television colleague James May, buying a Volvo is like going to the dentist’s. It’s something you have to do one day, so you might as well get it over with.

This was certainly the case in the olden days, where James lives, because back then Volvos were bought by people in hats, whose unpredictability was their only predictability. If they were indicating left, the only thing you knew for sure was that they were not about to turn left.

Since then, though, much has happened. Volvo went motor racing with a brace of absurd but amusing estate cars in the British touring car championship. Then it came up with the XC90, which is still by far and away the most sensible family car of them all. And then there was a spot of financial bother that resulted in the company becoming the northern division of a giant Chinese corporation.

This higgledy-piggledy spell of unjoined-up thinking played havoc with the brand. Gone were the days when you were a bad driver so you bought a Volvo because at least you’d escape fairly unscathed from the accident you were going to have. Also gone was the motor racing. Even the estate favoured by antiques dealers went west. Which meant you bought a Volvo because . . . actually, there wasn’t a single reason.

But then, one day, Volvo decided to start sponsoring drama on what it calls “Sky Atlontic”. They made some gloomy, cool, blue-hued films, and sometimes they were better than the show that followed. The message was clear. Volvo was for people who wanted peace and quiet; people who preferred their television detectives to wear a jumper rather than a Swat outfit. And once this had been established, they had to set about making some cars to fit the image they’d created.

It’s an odd way of doing things, but no matter, because the first of the Sky Atlontic cars is now with us. It’s called the V90 and, ooh, it’s good-looking. Really, really good-looking.

Then you step inside and, frankly, you’re going to get straight back out again and sign on the dotted line. Because this side of a Rolls-Royce Phantom you will find no finer car interior. The combination of wood, aluminium and leather is sublime, and the way it all works is even better.

Just about everything is controlled by what is, to all intents and purposes, an upended iPad. This means there are very few buttons or knobs on the dash, which makes it a) cheaper to produce and b) more calm and relaxing. It’s like being inside Sarah Lund’s mood room.

My sister once asked why it always feels, in any car, as if you’re sitting inside a man’s wash bag, and she has a point. They’re normally black and dark and enlivened only by some red stripes. Well, the Volvo’s not like that at all. It’s light and airy, and as a result it’s a lovely and delightful place to sit.

“One day we will learn to ignore the messages of doom from climate “scientists”, but until that happens, I certainly wouldn’t buy a car powered by the dirty work of Dr Diesel”

However, at some point you’re going to stop sitting there, feeling at one with the world, and start the engine, and straight away things are going to unravel. There will be a petrol hybrid in the fullness of time, but for now you have a choice of a 2-litre diesel or another 2-litre diesel.

The 2-litre diesel in my test car was the more powerful of the two and it was fitted with two turbochargers along with a compressed air cylinder that shoots air into the engine when you demand more power. This sounds very clever and it certainly reduces turbo lag. But there’s no getting round the fact that this is a very big car and it’s being moved about by a 2-litre diesel.

An engine of this size works fine in a Golf or a small leaf blower. But it really doesn’t work at all in the V90. It clatters when it is cold and constantly sounds as though it’s working its arse off, even when you’re trundling down the motorway. Couple this to a dim-witted eight-speed automatic that occasionally suffers from dementia and can’t remember what it’s supposed to be doing, and you have a car that is not remotely exciting, or even pleasant to drive.

This is not necessarily a bad thing. Some people won’t notice the drone, or the gearbox taking five minutes to remember it’s not a carrot. And they will be delighted by the small engine’s mouse-like thirst for fuel and the tiny number of carbon dioxides coming out of the tailpipe.

They will also be delighted by the many and varied safety features that make the Volvo about as uncrashable as is technically possible these days.

And they are going to like the comfort as well. It’s not a soft-riding car, but the body movement is very well controlled. They’re also going to like the four-wheel-drive system, which is fitted as standard to the more powerful diesel version that I tried.

But they are going to be disappointed by the burglar alarm. My office backs onto a Volvo dealership staffed by trained Volvo technicians. And they set an alarm off at least 20 times a day. Which means that there must be a fault. Either that or the trained technicians are, in fact, morons.

They will be disappointed again when they try to put something big in the boot. Because there’s no getting round the fact that there’s a price to pay for those lovely lines, and the price is: even a Skoda Superb has more interior space. So do the equivalent offerings from Audi, Mercedes and BMW.

Though when I say “equivalent”, what I mean is “cheaper”. I was staggered to notice that the car I tested, with a few options fitted, cost £56,480. That, for a 2-litre diesel, is ridiculous.

And it will seem especially ridiculous when you wake one day to find that, because you bought a diesel-powered car, either you are banned from the town centre or you are being made to pay more for your parking space.

Draconian anti-diesel measures are in place or are being planned in cities such as Paris, Madrid and Athens, and you can be fairly sure the gullible lunatics who run Britain will be leaping onto the bandwagon as soon as they realise just how much money can be made from milking the motorists who did as they were told a few years ago and bought a diesel because they thought it would be kinder to the polar bear.

One day we will learn to ignore the messages of doom from climate “scientists”, but until that happens, I certainly wouldn’t buy a car powered by the dirty work of Dr Diesel. Which means I wouldn’t buy the Volvo.

When the petrol hybrid comes along, it may be a different story, but if the 2-litre diesel is £56,000, the hybrid will probably cost more than a stealth bomber. Which means I probably wouldn’t buy that either.