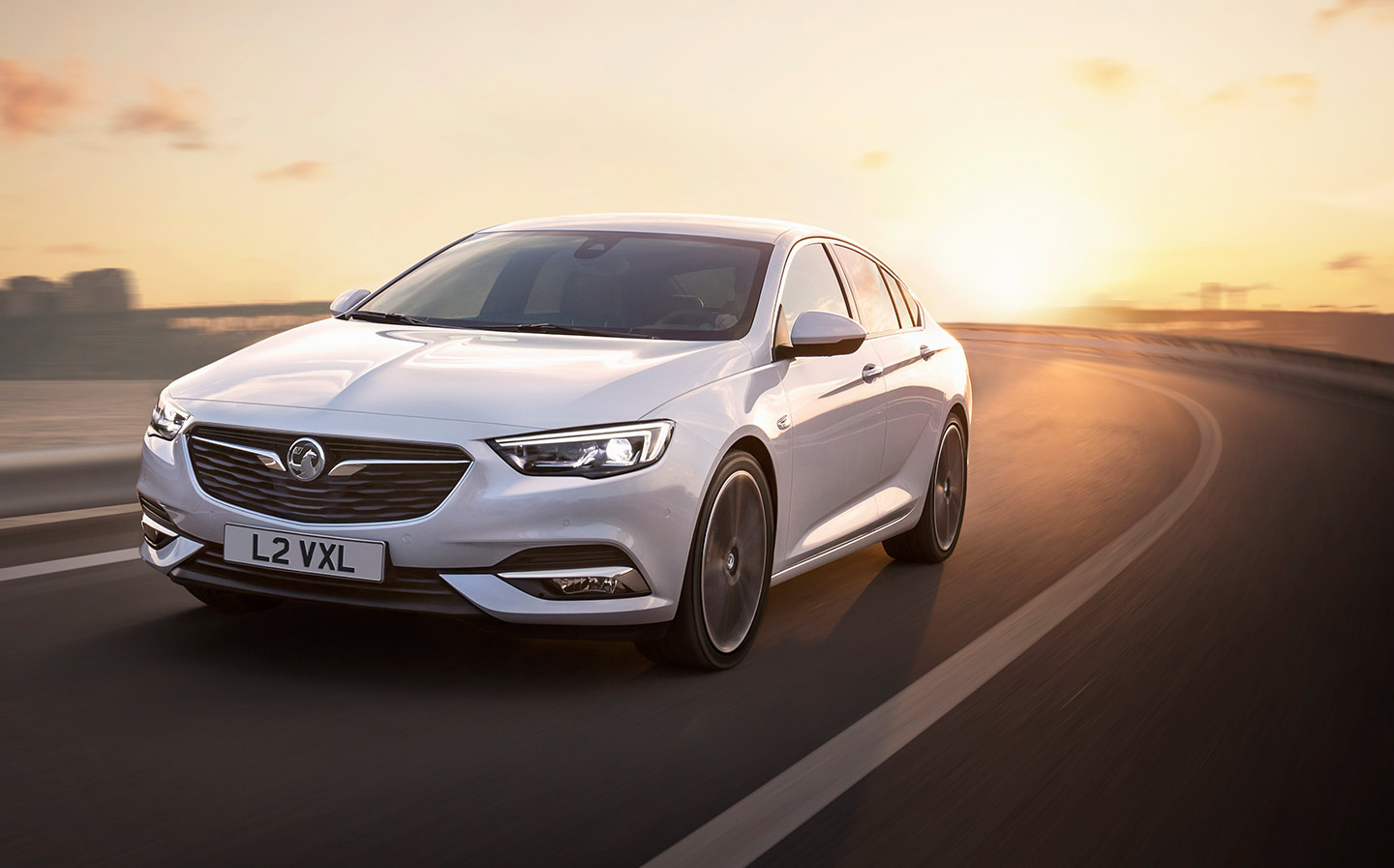 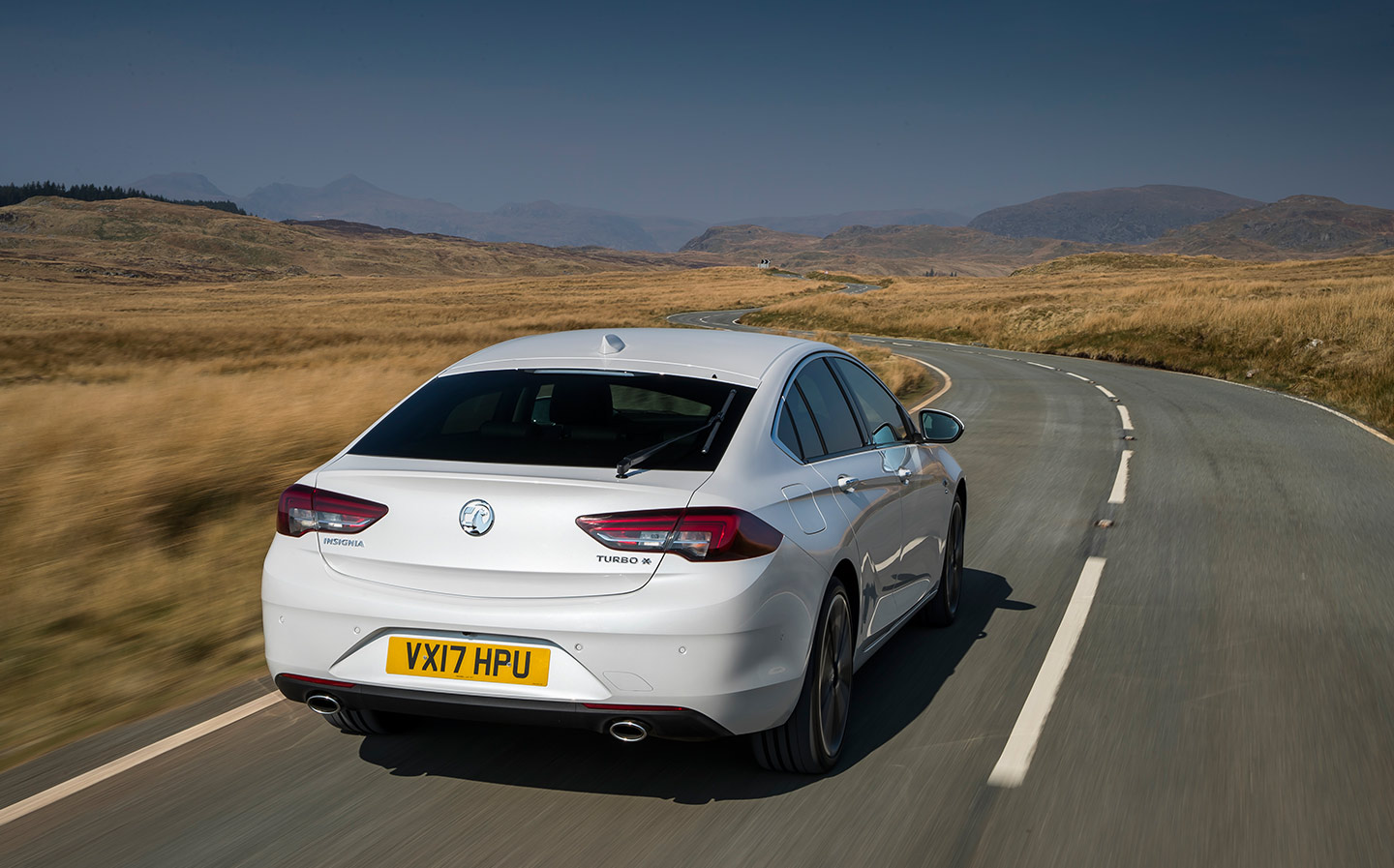 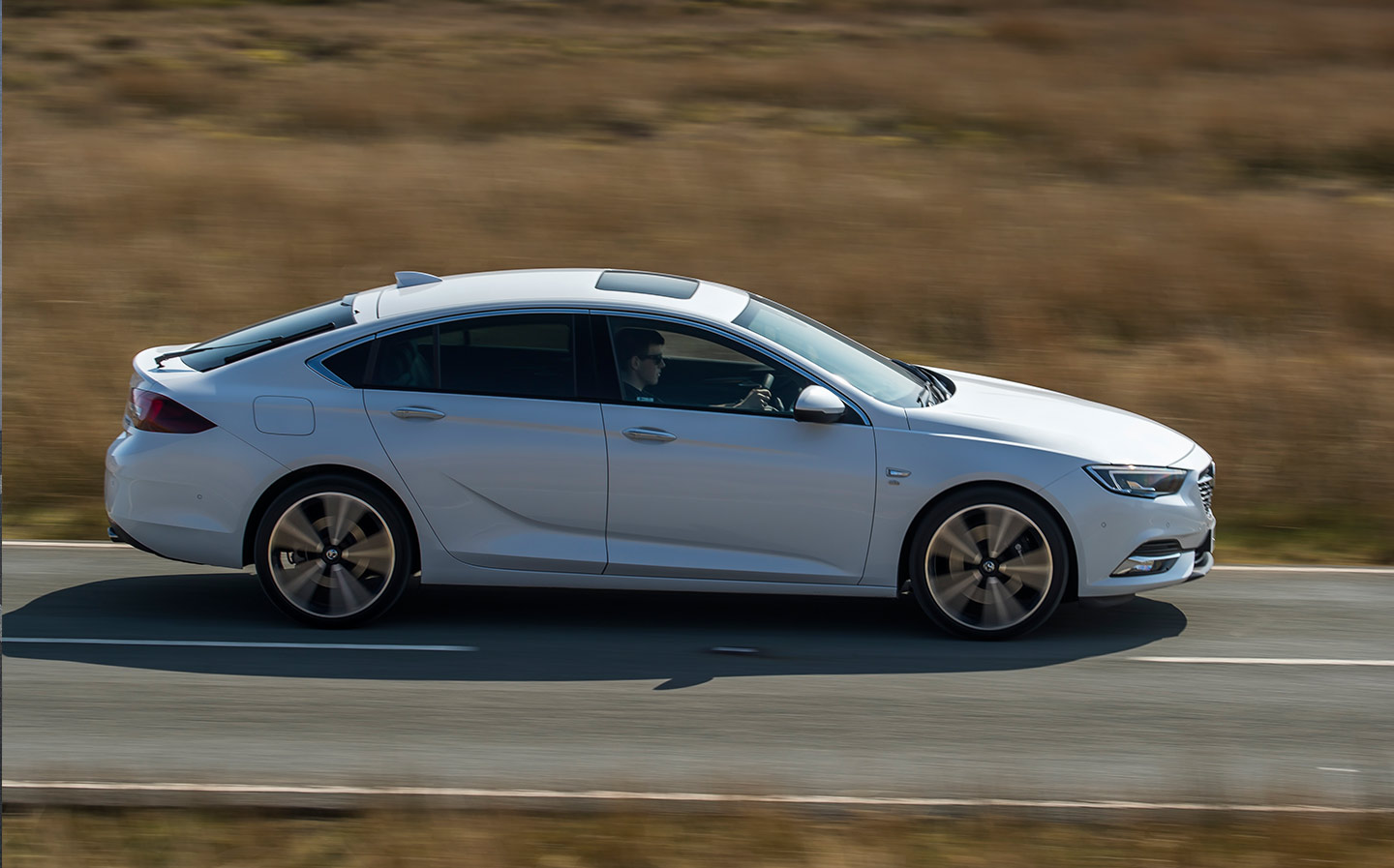 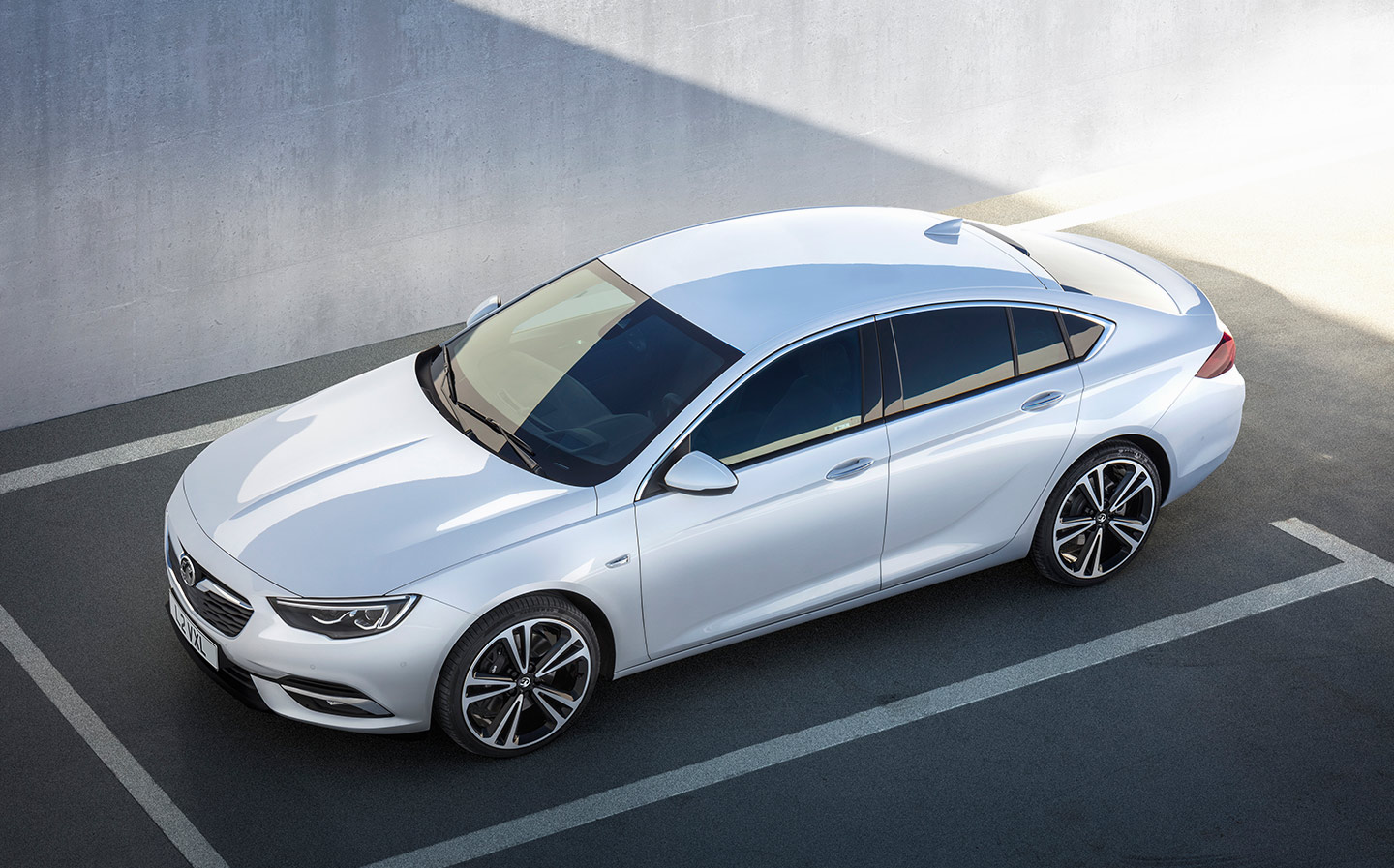 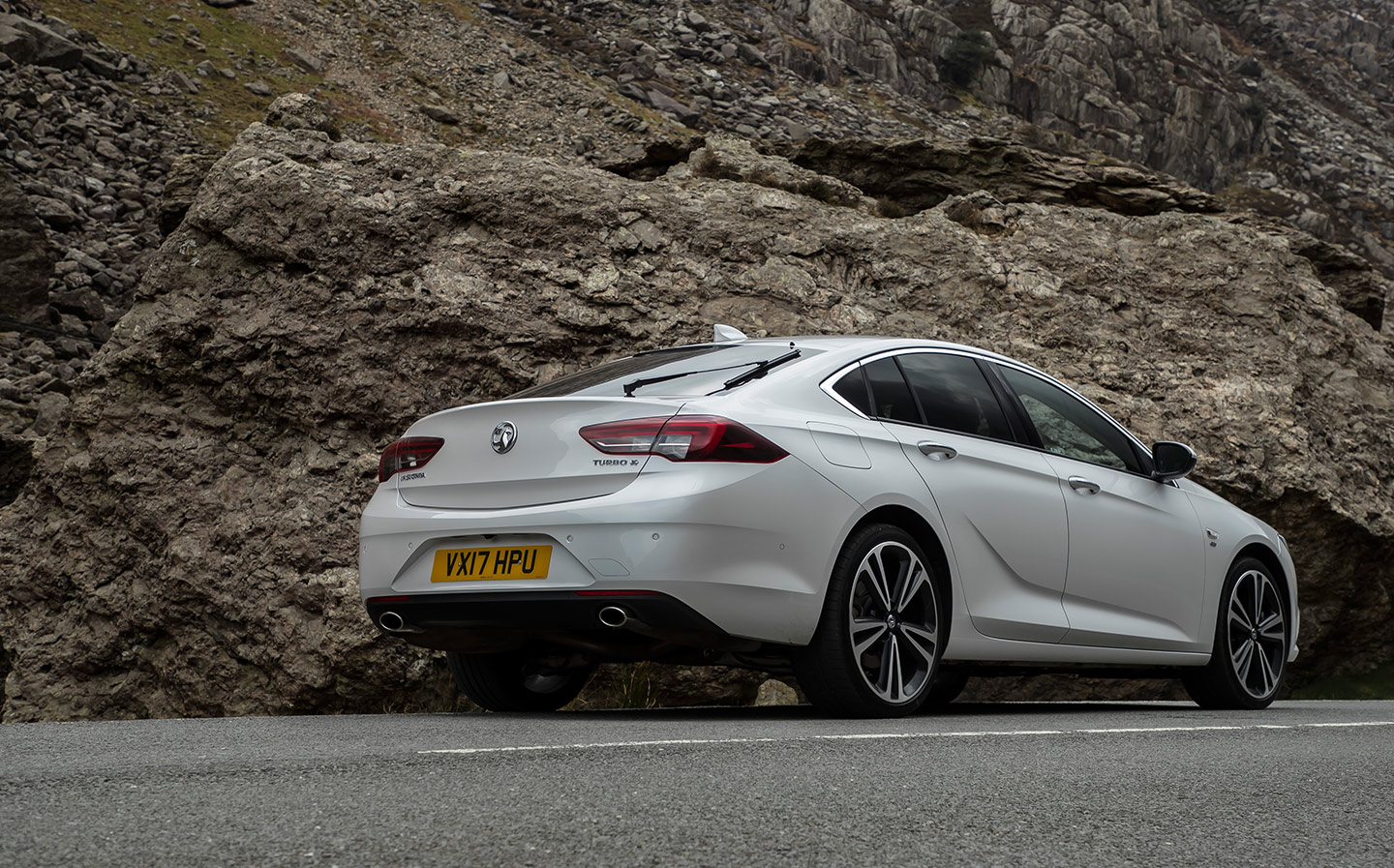 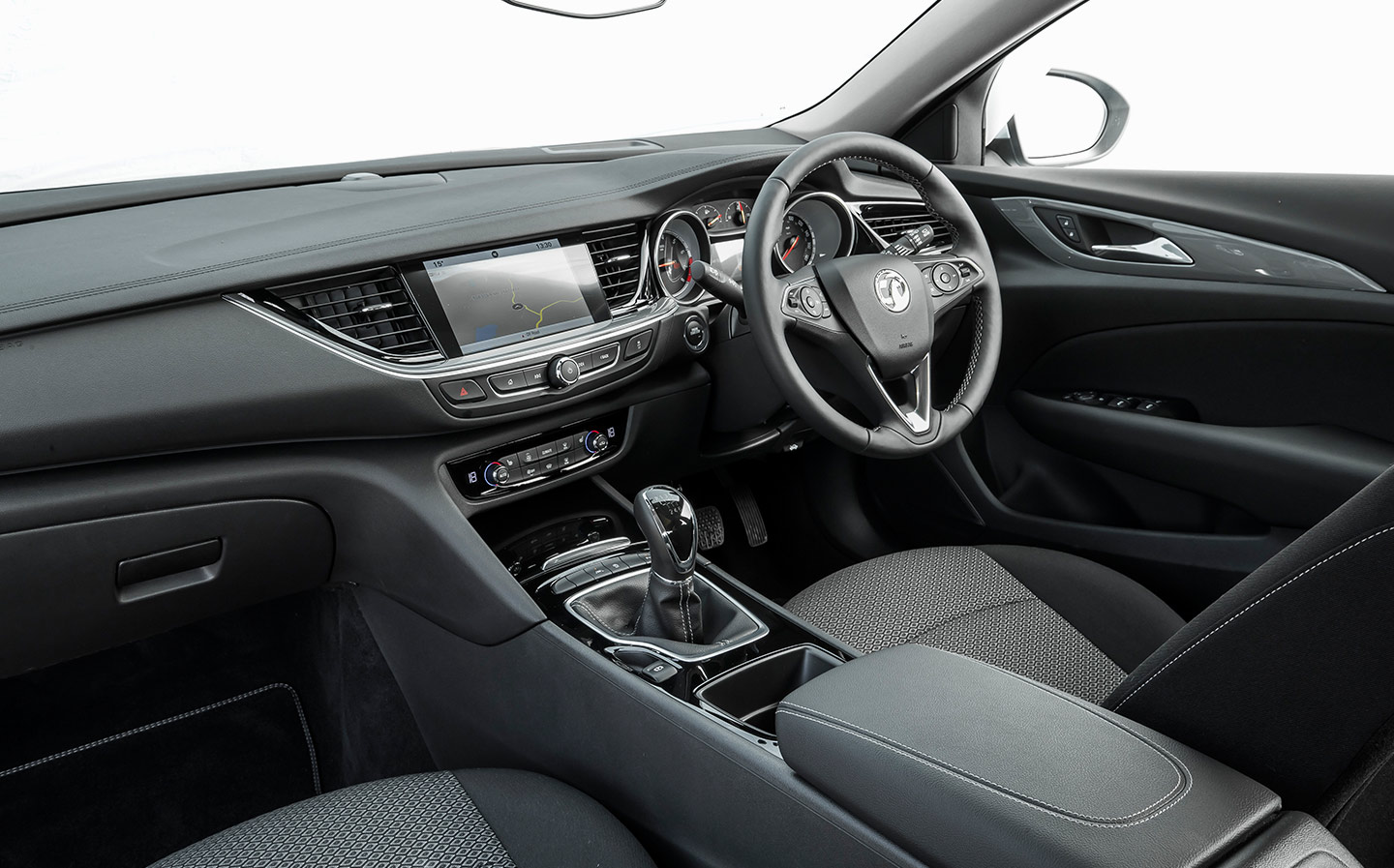 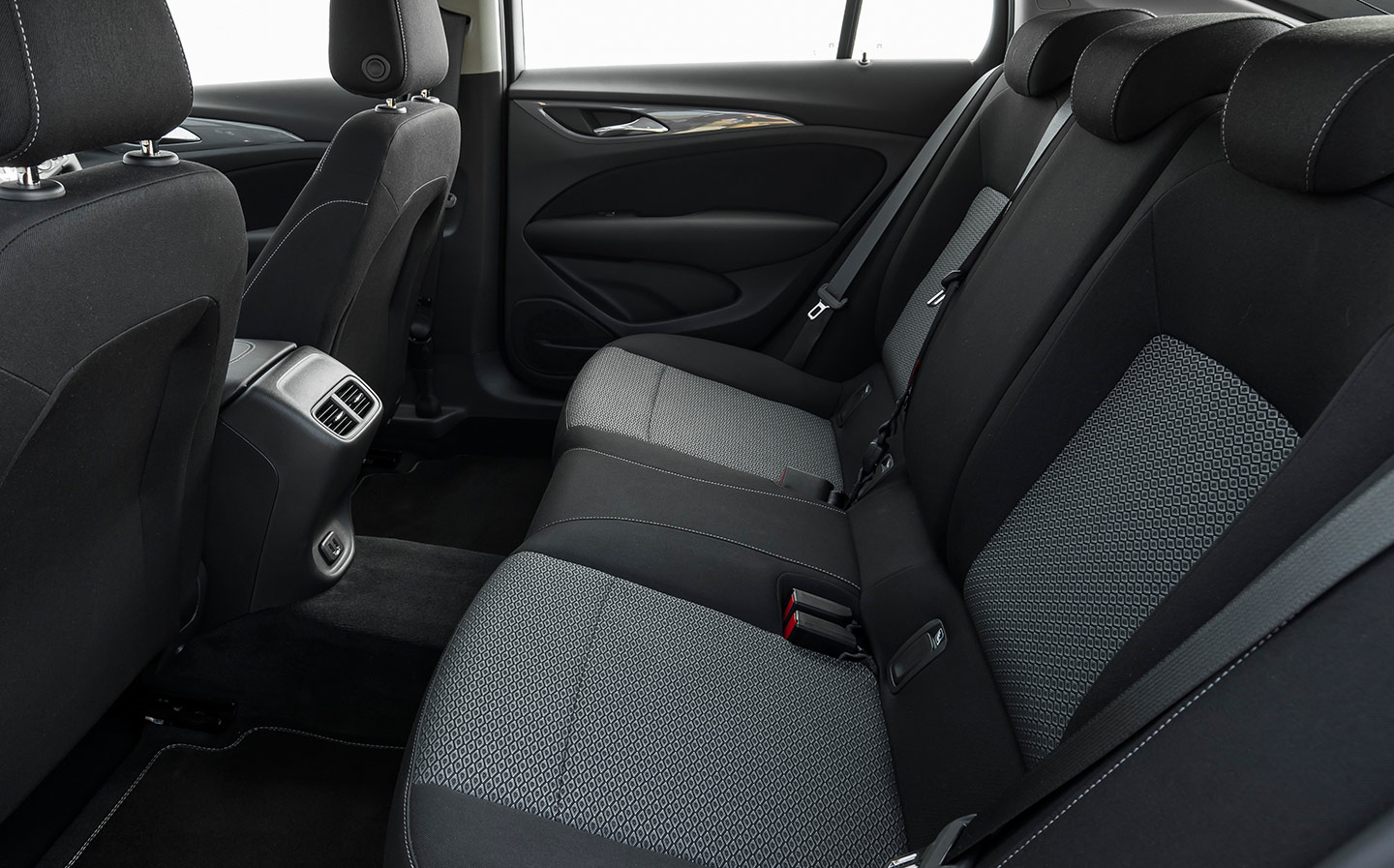 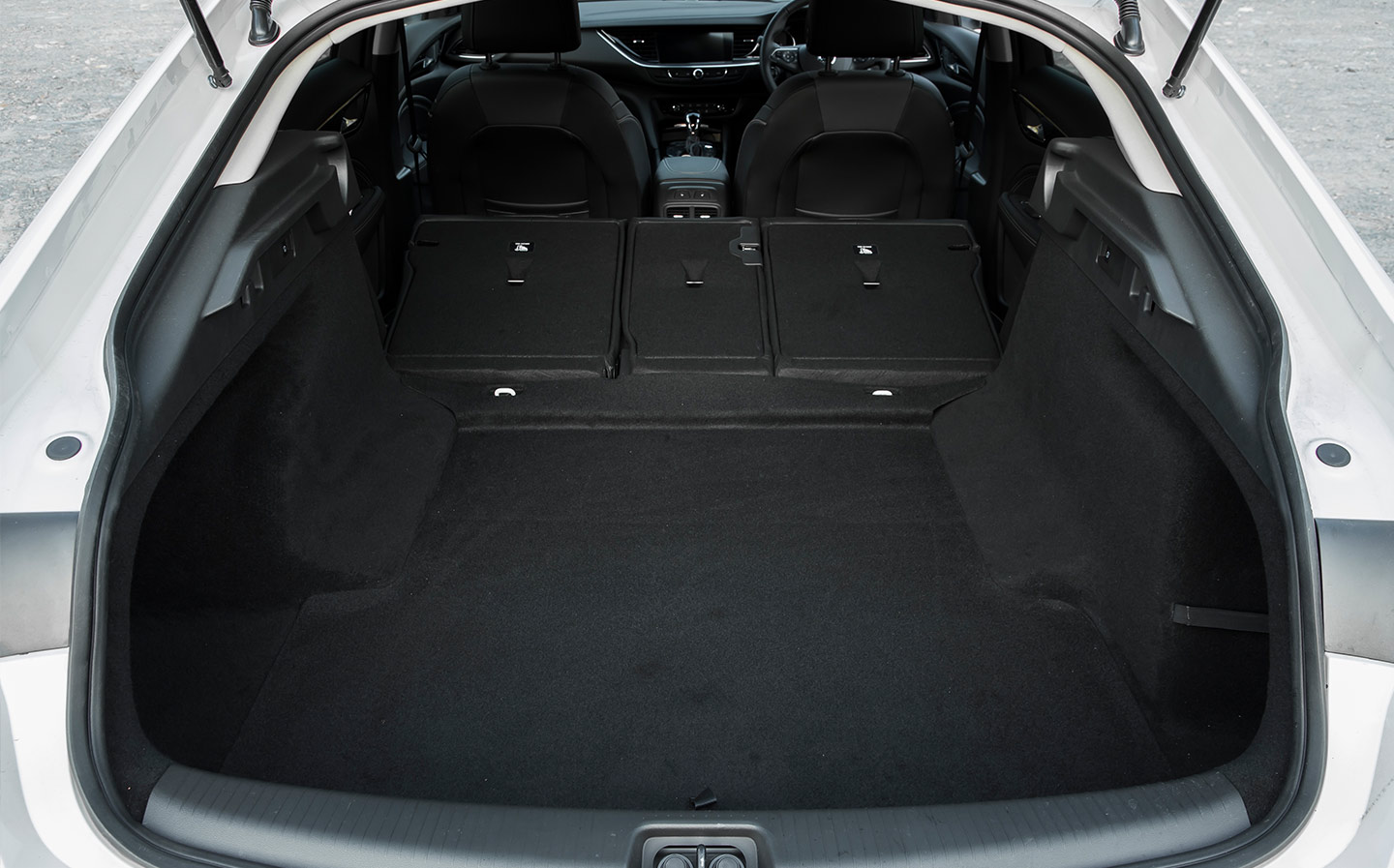 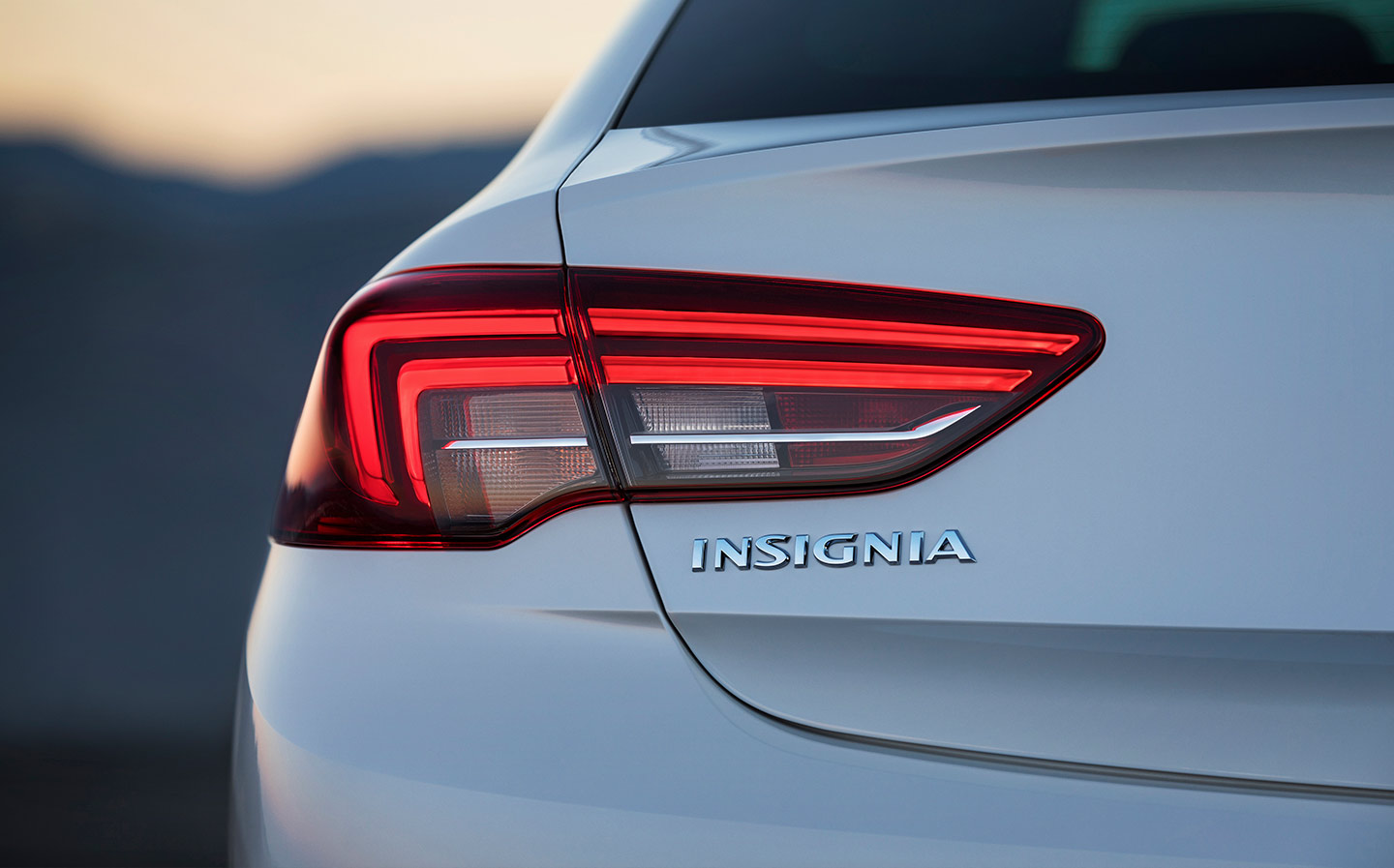 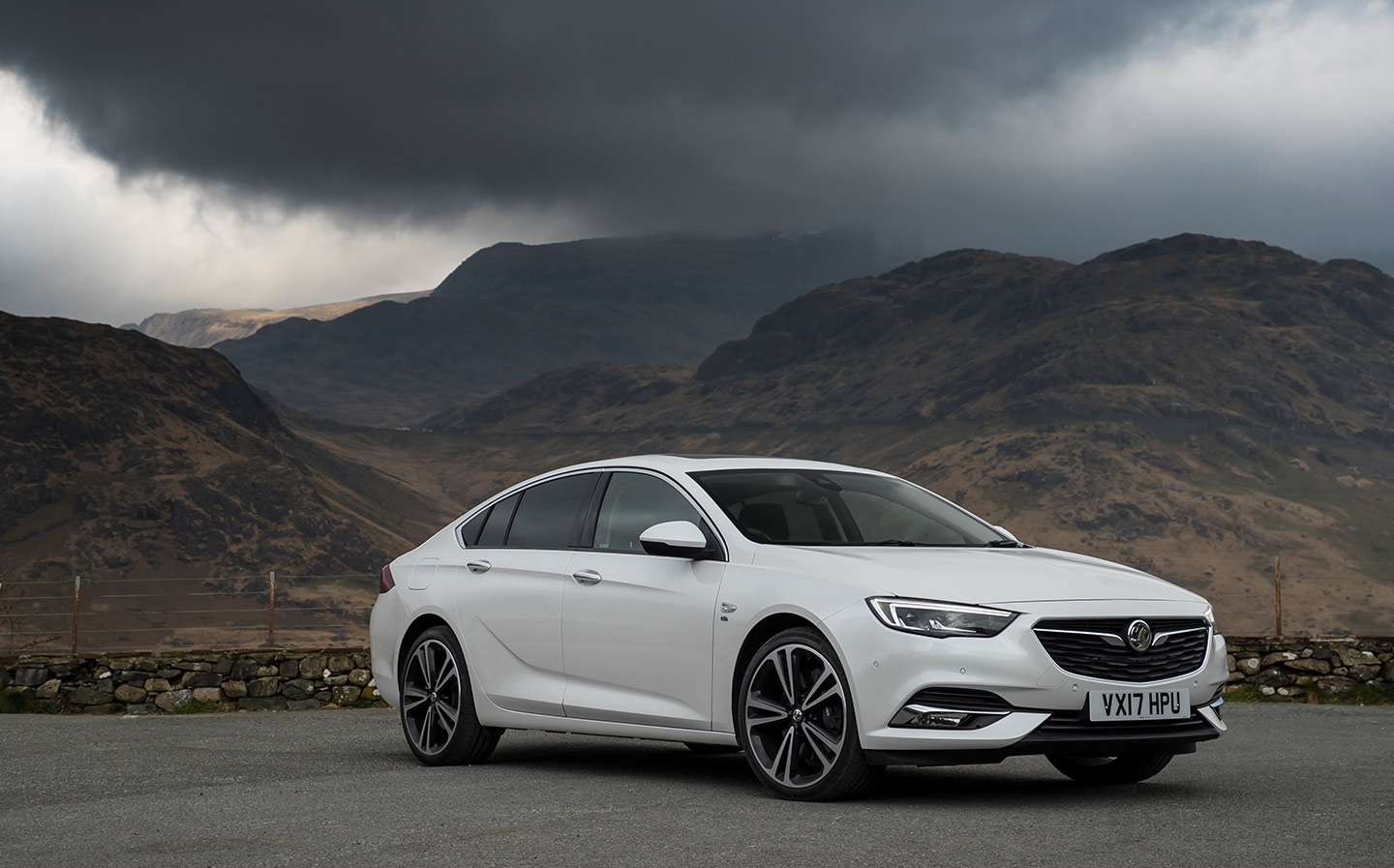 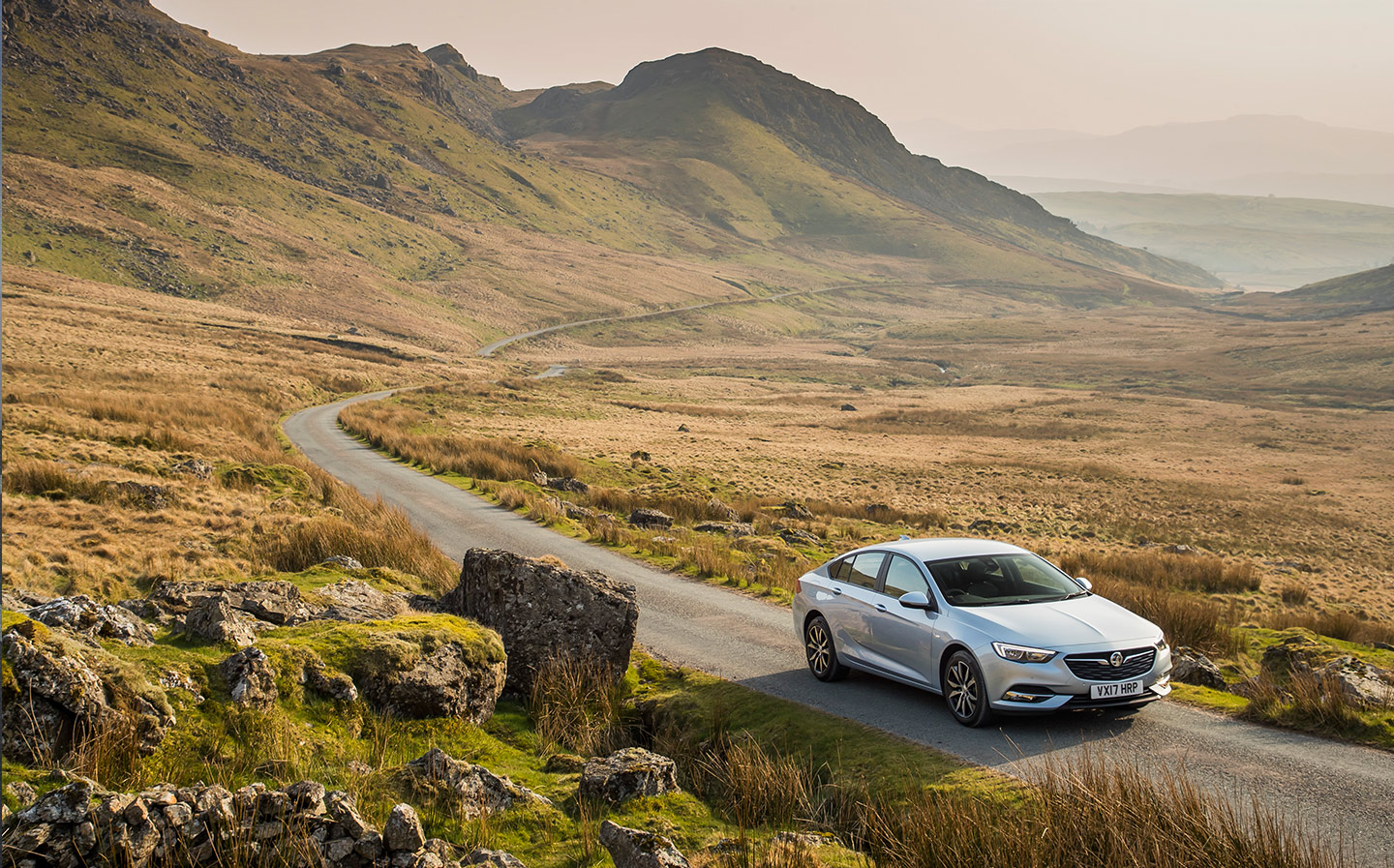 I REMEMBER it so vividly. I was seven years old and my dad had just announced over our evening bowl of tripe and onions that the next day he’d be taking delivery of his new company car.

I was beside myself with tinkle-clutching excitement, because what sort of Ford Cortina would it be? The old model with the CND-badge rear lights that I’d seen racing once on a friend’s television? Well, I thought I’d seen it. It could have been a Mini. Or some footage from inside a beehive.

Or would it be the new Mk 2 model, which none of my friends’ dads had?

The next day, after school, I raced home as quickly as possible and gobbled down my bread and dripping sandwich so that I could wait in the drive — my working-class northern roots imagery has taken a bit of a hit there — to see which one it would be. Some of me wanted it to be the Mk 1. But most of me was delighted when it turned out to be the Mk 2.

I sat in it most of the night, playing with the switches. Well, moving the heater controls back and forth. And I can still remember every detail of the dash. I can even remember the registration plate: KHY 579E.

I also know it was no ordinary model. It was a “super”, which, though I didn’t know it at the time, must have meant my dad was selling more timber than had been expected by his bosses. That’s how a good performance was measured back then. Not by a pay rise or a lunch at the Berni Inn. But by a Cortina that had a clock or a rev counter. Or maybe both.

A company car was a perk, a reward, a doggy chew and a pat on the head for good behaviour. And because it was such an enormous thing — to be given an entire car by your company — it became the measure of your worth. And because of that, about 80% of all new cars back then were company-bought. Which meant in essence they were either Fords, Austins or Vauxhalls.

I remember Simon Shepherd saying his dad was going to get a Sunbeam Rapier. And Nigel Thompson reckoned his dad had a BMW CSL, but these were playground myths. Nobody’s dad sold that much timber.

“No one ever wanted a Vectra. They were given to salesmen who had sold no timber and who had goosed the boss’s wife at the Christmas party”

Then, back in the 1990s, the government decided that it couldn’t have companies handing out cars willy-nilly and made them part of a person’s tax structure — before then only directors and the highest-paid employees paid tax on them. So while company cars still take about 60% of the new-car market, they’re not really perks any more.

What’s more, people get to choose what they want. And what they want is an SUV or a BMW or something that tells the neighbours life is good and they’re the top-performing IT specialist at Siemens Staines. What they emphatically do not want is a Ford. That’s why the car giant’s market share has dropped to about 12%. And if they don’t want a Ford, they definitely don’t want a Vauxhall.

I have only once met someone who wanted one. I was doing vox pops for the old Top Gear — the William Woollard years — and I asked a young chap with weird Nottinghamshire hair what car he would buy if he had all the money in the world. And he said: “A Vauxhall Calibra Turbo.”

No one else has ever said that. No one has wanted an Astra of any kind or a Cavalier or even a Senator. And it’s for damn sure no one wanted a Vectra. They were given to salesmen who had sold no timber and who had goosed the boss’s wife at the Christmas party.

The Vectra was Vauxhall’s darkest hour. Built at a time when the company car rules were changing and people were no longer taking what they were given, it appealed to no one. Even James May, whose first car was a Cavalier, says that the Vectra was no good. It was worse than that, though. It was hateful. The last word in “That’ll do” design.

Since then Vauxhall has been making a range of extremely good-looking cars — the Astra coupé springs to mind here — but no one is paying attention. They’d rather have a Kia Sportage. Or a Boris bike. Or nothing.

The only way Vauxhall can get people to pay attention is to build an absolutely superb car and sell it for 9p. And that’s nearly what it has done with the Insignia Grand Sport that I tested recently.

“I saw a reflection in a shop window and thought: ‘You know what? This is not a bad-looking car.'”

The SRi badge had me fooled. I dimly recall some mildly sporty Vauxhalls with that handle in the 1990s. And I dimly remember thinking that they’d be sort of all right — if they weren’t Vauxhalls. But my hopes were dashed when I noticed the rev counter’s dismal span of ability. Yup. It was a diesel. A diesel in running clothes. And how dreary and depressing is that? Because that’s like a fat man in a tracksuit.

I was a bit miserable as I set off, especially when I noted on the first turn that the steering needs more turns than the wheel on a child’s toy. You need to whirl away like a dervish to achieve even the smallest change in direction.

And then there was the performance. I had the most powerful diesel engine available — 168bhp — and Vauxhall claims this means 0 to 62mph in eight-and-a-bit seconds. That’s pretty sprightly, but from where I was sitting, it didn’t feel that way. “Average” is how I’d describe it.

But then I noticed the crease in the centre of the bonnet, a styling gimmick, for sure, but it gave the front of the car a solid feel, as if it had been made from thicker metal than is actually the case. And then I saw a reflection in a shop window and thought: “You know what? This is not a bad-looking car.”

It’s also spacious on the inside and very well laid out. You’re never fumbling around like how women do when they’ve lost something in their handbag, saying: “Where’s the button to turn the damn parking sensors off?” Everything is where you expect it to be.

And that’s quite an achievement because, ooh, there was a lot of stuff on my test car. It had its own wi-fi router and head-up display. It also had tools to make sure you didn’t drift out of lane on the motorway and all the stuff that you normally find only on top-notch Mercs and Beemers.

Obviously a lot of it is listed as an option. Even the paint, which Vauxhall calls “brilliant” but is in fact just “red”, will set you back £285. The front seats were very good, too, but then they needed to be because they add a further £1,155.

And yet, despite all this, the total cost of the car I tested, which has a base price of £23,800, was a whisker over £30,000. It’d be a whisker under that figure if Vauxhall had ditched the £160 wireless mobile phone charger.

And there’s no getting round the fact that £30,000 for a roomy 140mph five-seater with all the trimmings is not bad at all. It’s just a shame you don’t want one. Because it’s no longer 1967.
Tweet to @JeremyClarkson Follow @JeremyClarkson

Head to head: Vauxhall Insignia Grand Sport vs Hyundai i40