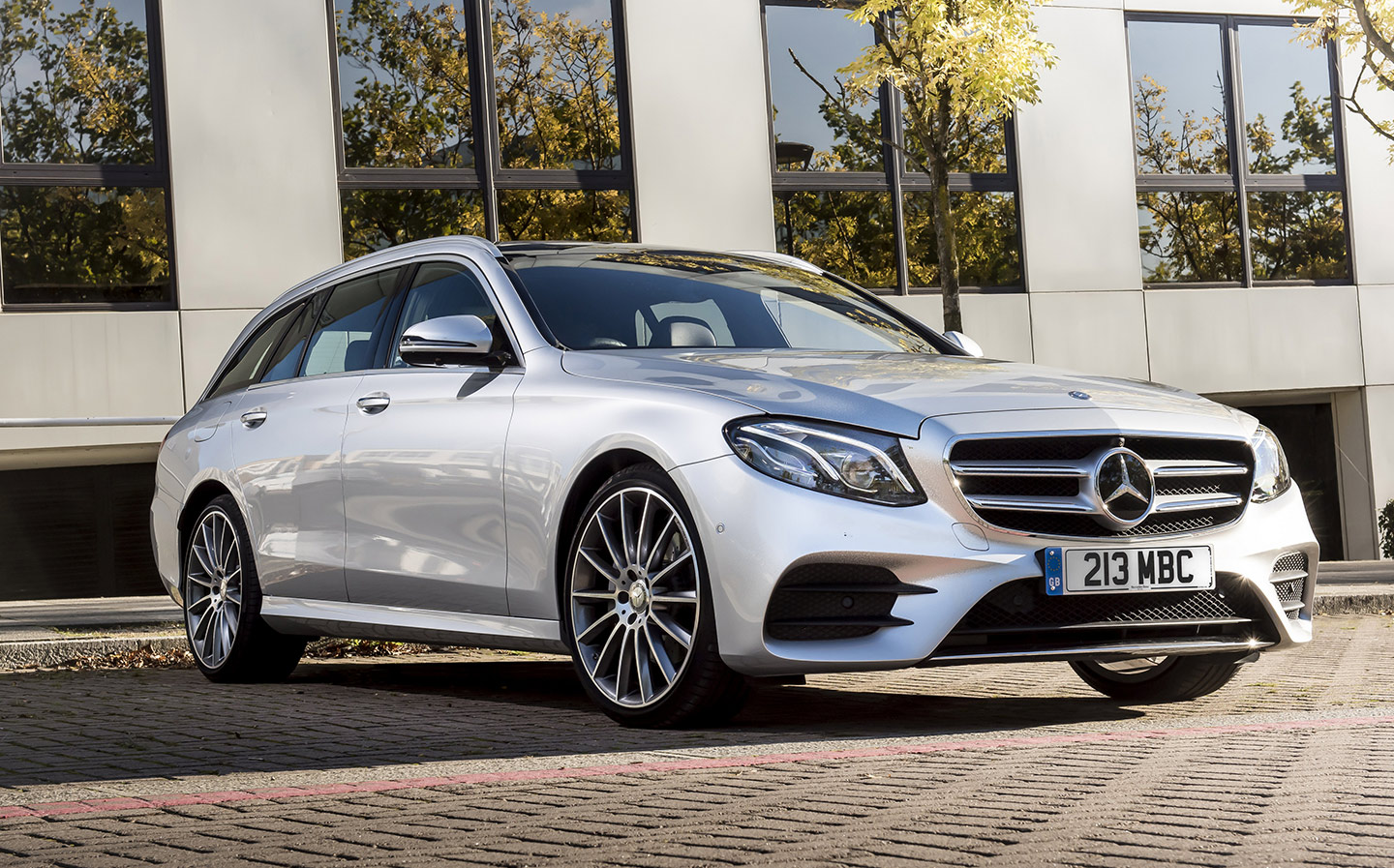 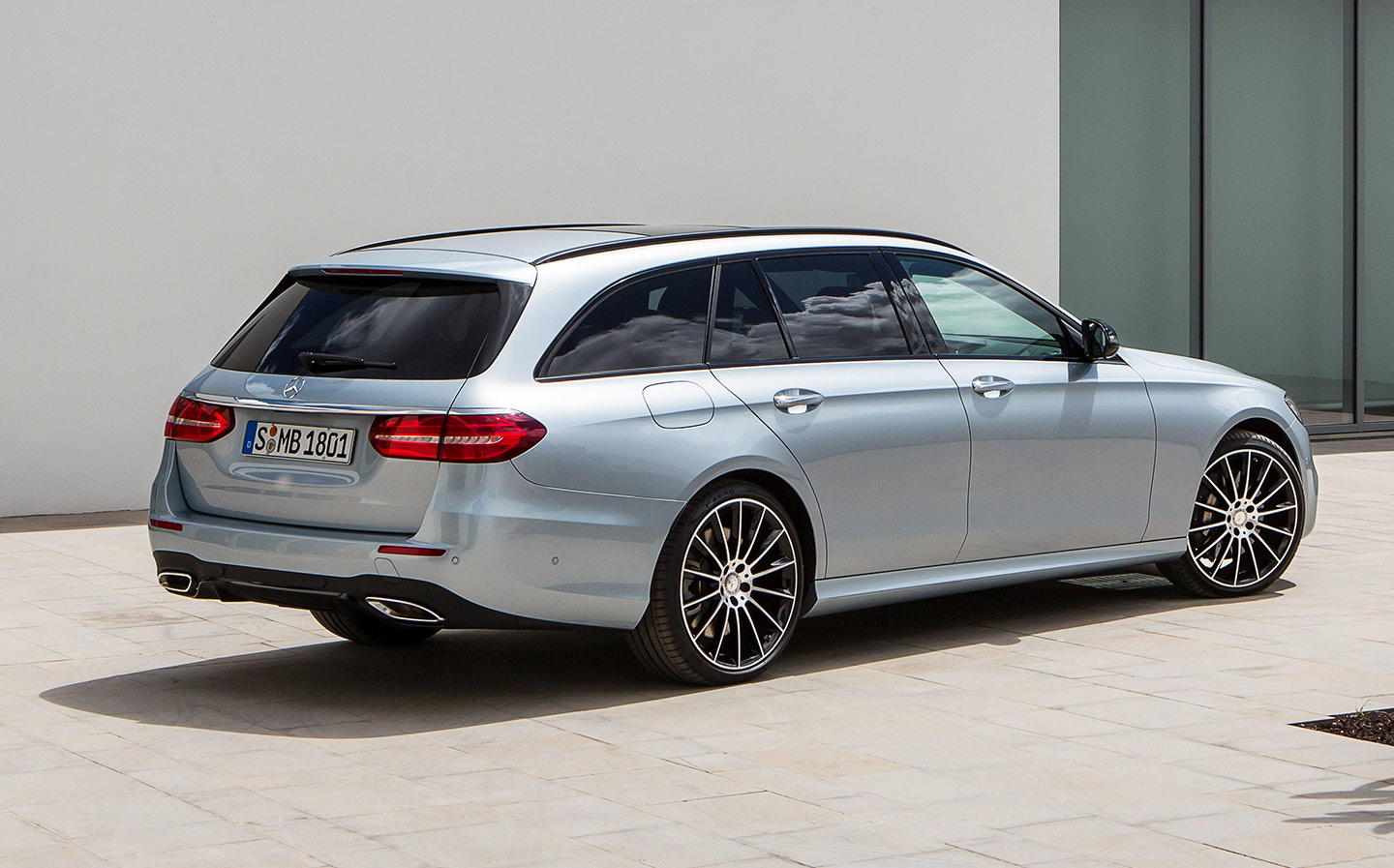 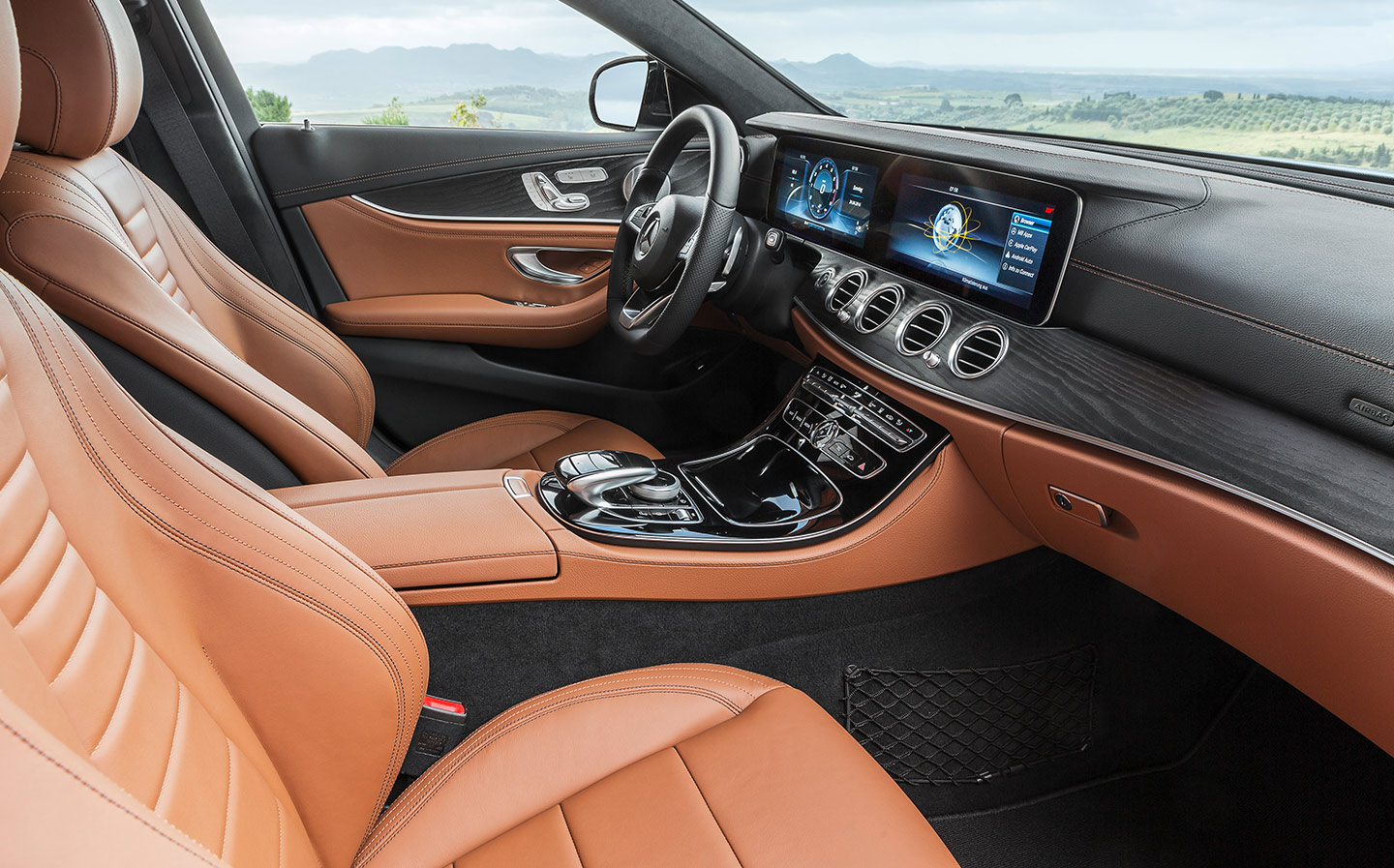 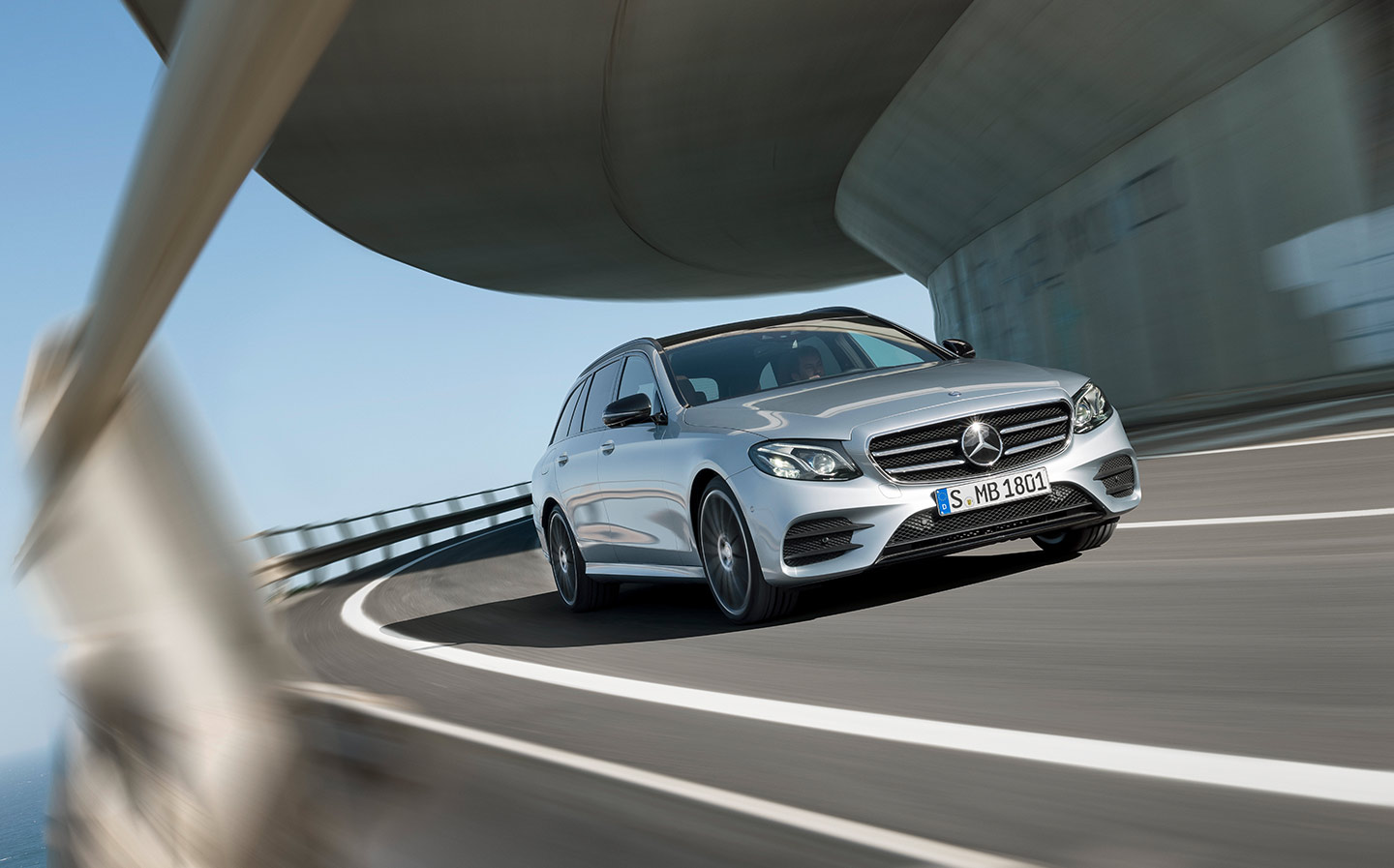 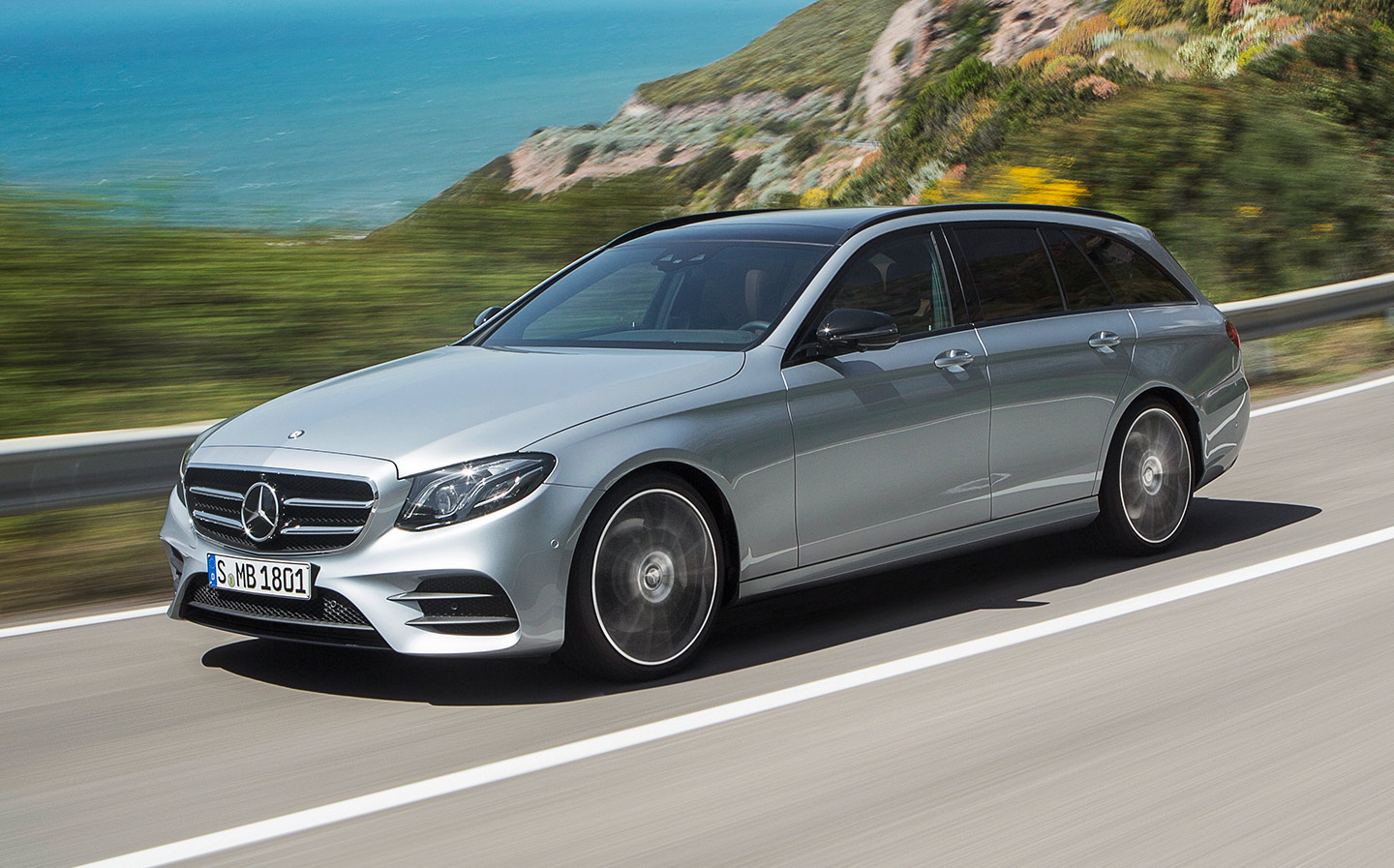 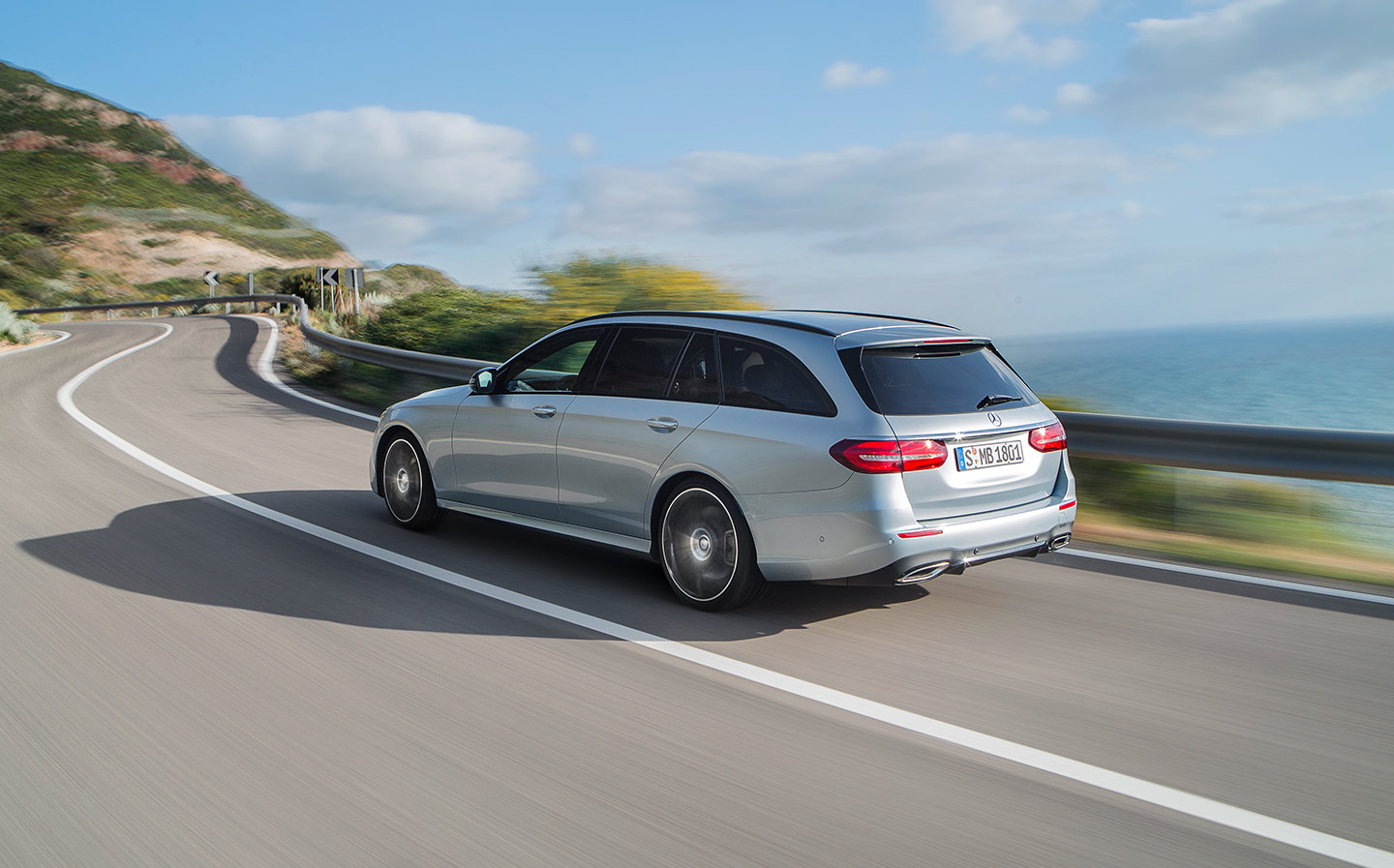 Share Article
Run the numbers and you'll know it makes sense
At a glance
Pros
Massive boot
Rides like a hovercraft, even with painted-on tyres
Computer looks complicated, but isn't
Cons
Has lost some drama
Use of plastics inside
Diesel engine is great but so unfashionable right now
Specifications
Cars > Mercedes-Benz > E Class

IF YOU are an old person you will remember that in the 1970s mid-sized Mercedes-Benz saloons and estates were wilfully sensible. They were designed to never excite you, for a very long time. And that’s it.

You bought one because you’d done the maths. You’d calculated the rate of depreciation, and how much one breakdown a year would cost, and you’d realised that the premium price of the Benz made sense. Driving, to people such as you, was something that must be done, like ironing. The idea that it could be fun was ridiculous.

The mid-range Mercedes underwent a glacially slow development process right through the Eighties and Nineties. Each new model was a shuffle. Each incorporated fresh features, but only those that made sense and worked. Gimmickry? That was for other people. And oversteer was dangerous.

View the Mercedes E-class cars for sale on driving.co.uk

But then in 2009 something weird happened. The new mid-range Mercedes, sold as the E-class but known internally as the W212 model, arrived on the market with a curved crease in the rear wings. It served no purpose. It was a bit of pointless styling flimflam. This was like Prince Philip turning up to open a garden centre, aged 60, with a Wayne Rooney weave.

Elsewhere in the Mercedes range, pointless styling ran amok. The chintz-ometer was in the red zone. There were flashes of chrome and radiator grilles that looked like bachelor-pad cookers. There were models that no one needed, and it was as if someone at Mercedes had won the pools. You wanted Peter Jones when you bought a Mercedes (the shop, not the gangly Dragon) but what you were getting was the duty-free shopping arcade at Dubai airport.

This is probably because the people who bought cars after doing the maths had come to realise that if they wanted low running costs, and that’s it, they could buy a Hyundai.

Or it’s possibly because Chinese businessmen don’t want subtle and think restraint is something that belongs in either a police cell or a brothel. Whatever the cause, I was so horrified, I stopped buying Mercs and switched to Volkswagens.

But then, last year, along came the new E-class mid-sized saloon (codenamed internally, and logically, W213) and, wait a minute: what’s this? The rear-wing crease is gone. The artistry of the fridge door is back. It’s just a car-shaped car.

Yes, the one I borrowed was fitted with AMG Line skirts and low-profile tyres, but peel away the jewellery and there’s no getting round the fact. Prince Philip is bald again. Peter Jones is back.

And it gets better, because the estate version I tried has a truly enormous boot. What am I saying? The sort of people who will buy this car do not understand what’s meant by “truly enormous”. They like numbers. So let me give you some. With the rear seats folded flat, you get 1,820 litres of space in which to put your things.

“The engine just hummed softly, like Winnie-the-Pooh when he was thinking about something”

And there’s more. Next year Mercedes will offer the option of two foldaway child seats fitted into the boot. So it’ll work for those who practise Catholic birth control methods as well.

My car, weirdly, was fitted with a new 2-litre turbodiesel engine, which sounds as though it might be a bit too small and weedy for a vehicle this big and this heavy. But the performance figures are respectable. And the fuel economy outstanding. Thanks in part to a new nine-speed automatic gearbox, it’s entirely possible you’ll average 50mpg.

The downside of course is that the environmental lobby has recently decided that diesel — which it used to like — is now terrible and should be banned from city centres. I shouldn’t worry, though, because by the time it’s worked out how such a move would affect its beloved buses, it’ll have decided diesel’s a good thing again.

Is the new E-class fun to drive? No. Not really. And that’s OK, because it’s a tool, remember. Your iron isn’t fun to drive either. Or your lawnmower. If you want fun to drive, buy a beach buggy or a Beemer.

What it is, is quiet. Incredibly quiet. This is an engine that uses compression to force the fuel to explode (oh, OK, burn), and that normally results in a canal boat clatter. But the engine in my car just hummed. Softly, like Winnie-the-Pooh when he was thinking about something.

It’s also very comfortable. Yes, the AMG wheels with the painted-on tyres did their best to ruin everything, but you could tell that without them it’d be hovercraft smooth and beanbag pliant. Which brings me on to the speed hump …

The road safety lobby, which is run by an offshoot of the polar bear preservation unit, used to say that these were vital tools in the fight against capitalism and McDonald’s. But, as is the way with the loony left, it has changed its mind on that too and now says they must all be removed.

I’m not sure I understand its thinking, but it has something to do with the way we all slow down and speed up again when we encounter them, which is bad for the ice caps. Or is it ambulances? I’m not sure.

Anyway, councils can’t afford to remove them, because they will be told that’d cost £20m per hump, and they’re all idiots so they’ll swallow it. Which means speed humps are here to stay.

Mostly they are located on so-called rat-run roads, which tend to be used by professional drivers in executive taxis who know their way round the jams. So here’s a tip. If you’re thinking of using such a service in future, make sure they send an E-class, because you’ll have a much more comfortable journey.

So far, then, the new E-class has not put a foot wrong. But now we get to the interior, which is light and spacious but fronted up with a dashboard that appears, when you first clap eyes on it, to have been lifted from one of those fluorescent-lit hi-fi shops on the outskirts of any town in the Middle East.

You get two television screens, one of which tells you what you need to know about the car, and how much fuel is in the tank and how fast you are going, and the other where you’re going and which of the 64 interior lighting settings you’re on. You think when you first climb aboard that it’s all too complicated for words and that you should get right back out again. But it isn’t. It works beautifully.

I was similarly worried about the dash itself. It appears to be made from some kind of weird grained wood that’s as black as ebony but matt rather than shiny. So you lean forwards for a feel and, whoa, it’s plastic disguised to look like wood — and that’s horrible.

Or is it? The upholstery in Mercs of old was made from plastic disguised to look like leather, and no one minded that.

So there we are. Mercedes is back, doing what it does best. Making tools for algebra enthusiasts. If that’s you, this is a very good car.