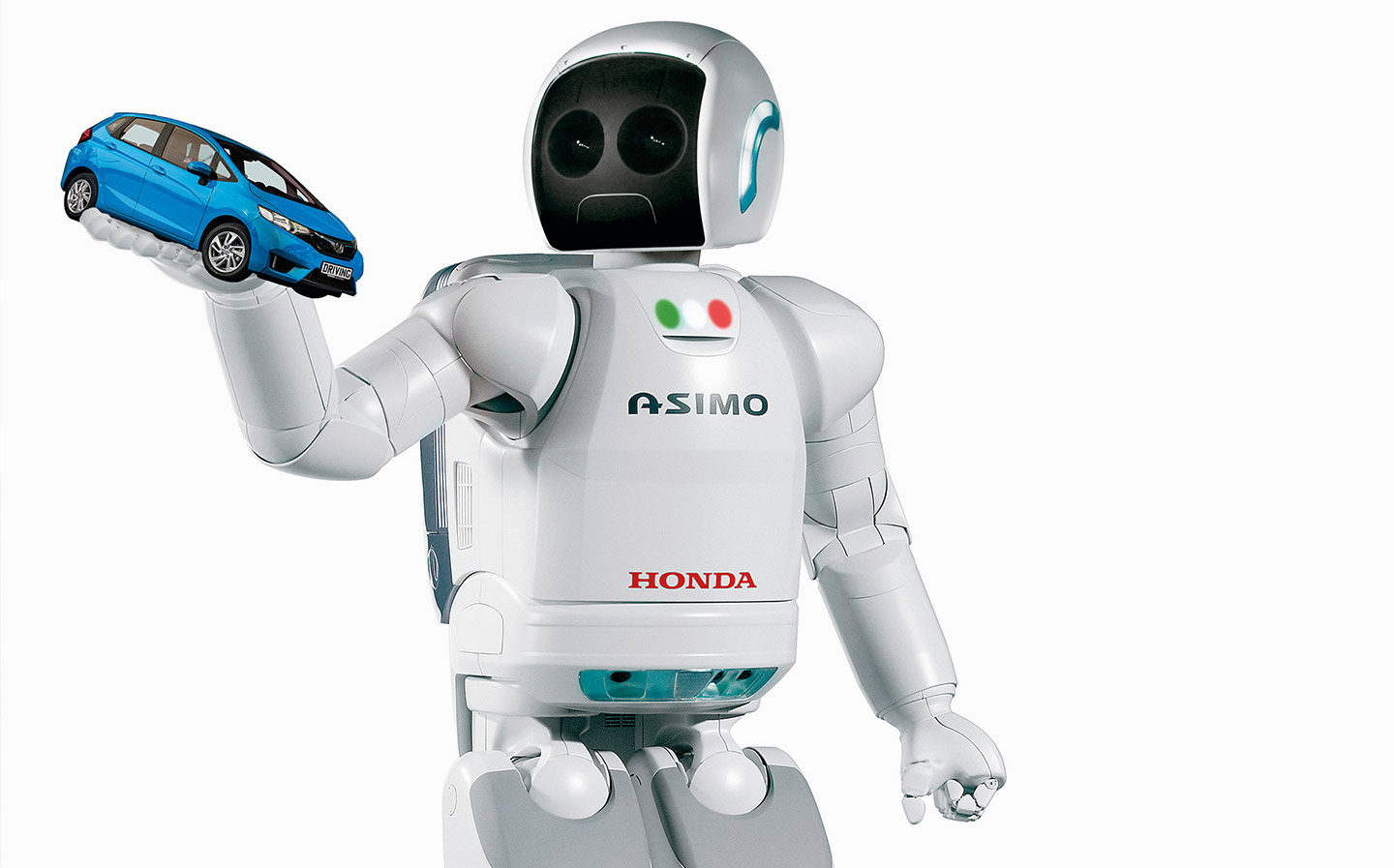 NOT THAT long ago we all used to look forward to the car ads on commercial television. We had Paula Hamilton ditching her fur coat but keeping the Volkswagen Golf GTI. We had burning cornfields, and Geoffrey Palmer dolefully talking about beating the Germans to the beach, and dancing robots and Gene Kelly, and Skodas made from cake, and “Isn’t it nice when things just work?”

Car ads were almost always better than the programmes they funded. They were cleverer. They made you want a certain type of vehicle when you had been told almost nothing about it. But then, all of a sudden, everything changed.

Today even BMW, which only used to say it made the “ultimate driving machine”, fills its commercials with all the finance deals that are available. It really is a case of: “Here’s 14ft of car which you can have for £9.99 a week with 2% APR and the value of your house could go up as well as down.”

View the Honda Jazz cars for sale on driving.co.uk

It saddens me that cars have gone the way of takeaway food. Nobody cares about the quality or the health benefits or the company’s history any more. Just how much you can get for how little.

I think the last truly great car commercial was Honda’s The Power of Dreams ad. Filmed in New Zealand, Argentina and Japan, it featured a magnificent-looking chap with a huge moustache and sideburns setting out from his beachside caravan on a small Honda motorcycle, and then, to the backdrop of Andy Williams crooning The Impossible Dream, he is seen singing along as he flies though the scenery in just about every important product Honda has made. Racing bikes, Formula One cars, speedboats, sports cars, touring bikes, quads — the lot. It is a true epic, and you’re left at the end thinking: “I have got to have one.”

It was updated several years later, with an extended ending in which we saw Mr Moustache at the controls of a Honda jet, and in the hydrogen fuel-cell car and then arriving at a house on the coast to find the Honda robot had got the hot tub ready. It was brilliant.

But I can’t help wondering: if Honda updates it again, what the bloody hell will it feature to say that the dream goes on? The current F1 campaign? Not sure that’s completely on message, as the only impossible dream is finishing anywhere other than nearly last. So what about the cars? Er …

I once described Hondas as Alfa Romeos that start, because, really, that’s what they were. This is a company that did reliable better than anyone, but it never did dull. Everything it made was a bit weird, a bit odd. A bit fabulous. The Jazz I was using last week, however, is none of those things.

Finished in what Honda calls Brilliant Sporty Blue and what everyone else calls “blue”, it was the version called the Ex Navi. I’m not sure that name works here, because ex-navvies in my experience are something completely different.

Priced £16,755, it came with a driver’s seat pocket, electric windows and a cigarette lighter socket. But no actual cigarette lighter. On the outside, Honda lists the highlights as fog lights and wheels. There is absolutely nothing to make you think: “Wow.”

Until you put your foot down, hard, in second gear. You’ll certainly say, “Wow,” at this point because nothing of any consequence happens. This is a small car with a 101bhp 1.3-litre i-VTec engine. It should be quite peppy, and yet somehow it is the complete opposite.

“Honda’s engines used to be so sweet and willing, like well-trained Jack Russells. But the engine in that Jazz? The only dog to which it can be likened is one that’s dead”

If you’re not really concentrating when you are driving the Jazz, you may find that your forward progress is being undone by tectonic drift. You set off to go to the shops and end up, three thousand years later, drifting backwards into Norway.

You may imagine the engine is tuned this way so that it’s kind to your wallet and Johnny Polar Bear, but I’m afraid not. Compared with various other engines of this size that are available from rival manufacturers, it’s uneconomical and produces quite a lot of carbon dioxides.

One of the extraordinary things is that it doesn’t produce its peak torque until it’s turning at 5,000rpm. So to get the best out of it, you have to rev the nuts off it at all times.

I used to love Honda’s engines. They were always so sweet and willing. They were like small but very well-trained Jack Russells. But the engine in that Jazz? The only dog to which it can be likened is one that’s dead.

At this point I’d like to tell you about the handling, but I can’t because the car won’t go quickly enough for any deficiencies to be uncovered. And if we’re honest, the average Jazz driver doesn’t care two hoots about understeer or lift-off oversteer; they’re happy just so long as there’s somewhere to store their bingo pencils.

On that front, it’s not bad. There are four doors, which means Peggy and Maureen will be able to get into and out of the back easily.

And there’s a boot that’s big enough for two tartan shopping trolleys. But then we get to the infotainment centre, which is good and clear and clever if you are nine. But completely baffling if you grew up with rationing.

My mother used to say that all she ever wanted from a car was a heater and Classic FM. She had a first-generation Jazz and loved it because it had both things. But in this new one I guarantee she’d be flummoxed on the radio front. Partly this is because if you don’t touch the screen in exactly the right place it does nothing at all.

There’s more, I’m afraid. It’s not a good looking car. The wheels are 16-inchers but they look lost in the arches, and there are some swooping styling details that are unnecessary and odd.

The only good things, really, are the quality of the materials in the cabin and the space in the back, which is much greater than you’d expect from a car of this type.

If the other people in your bridge four are extremely fat, this might be enough to convince you the Jazz is a worthwhile buy, but if they aren’t, you’d be better off with a Ford Fiesta or a Volkswagen Polo or a Skoda Fabia. Or an Uber app.

I can’t believe I’m saying that. I can’t believe Honda has sunk this low. Six years ago it was making cars and television commercials that made you dizzy with desire. And now it’s making cars with engines that turn a lot of fuel into nothing at all.

As I said at the beginning, Honda used to ask in its commercials: “Isn’t it nice when things just work?”