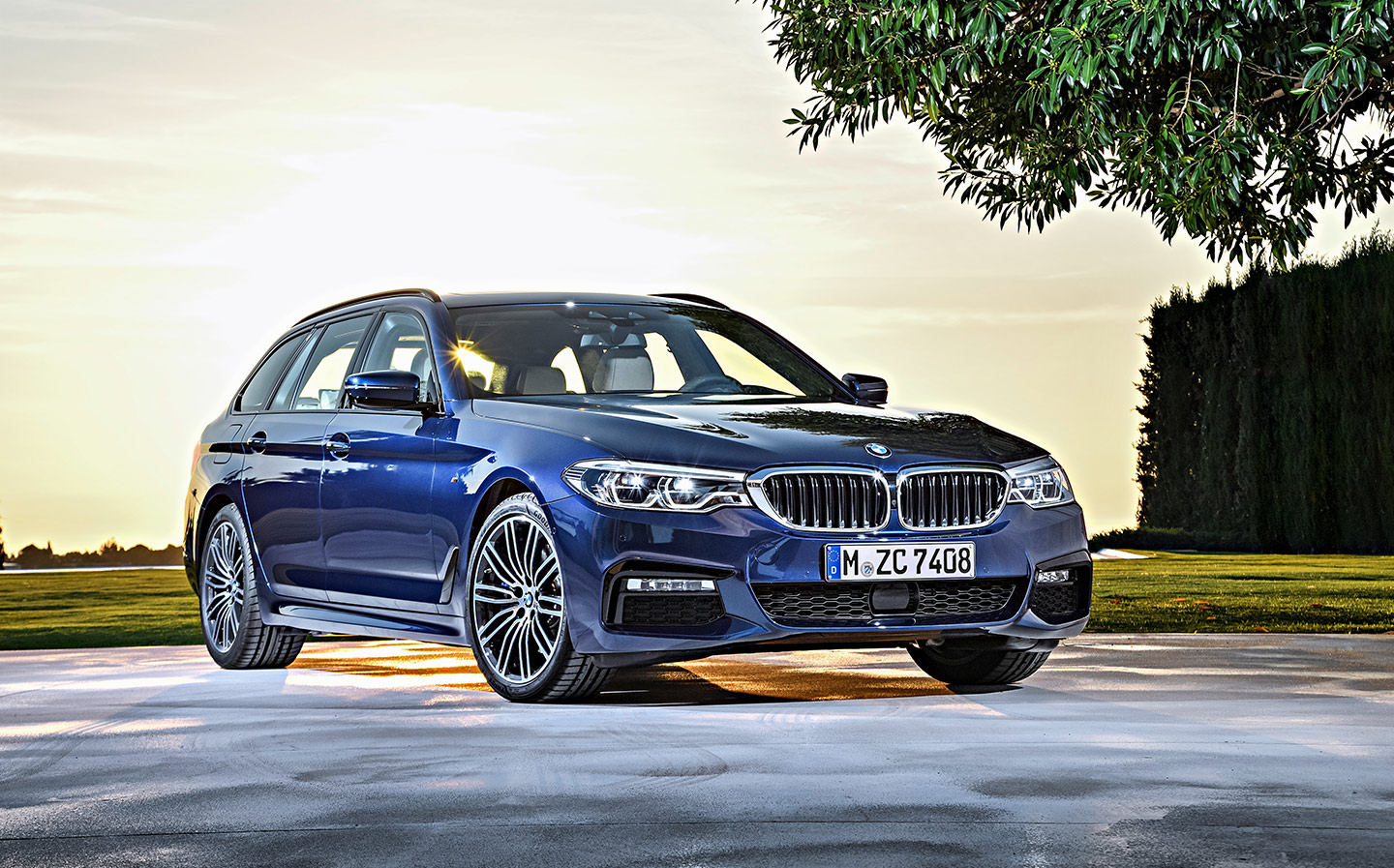 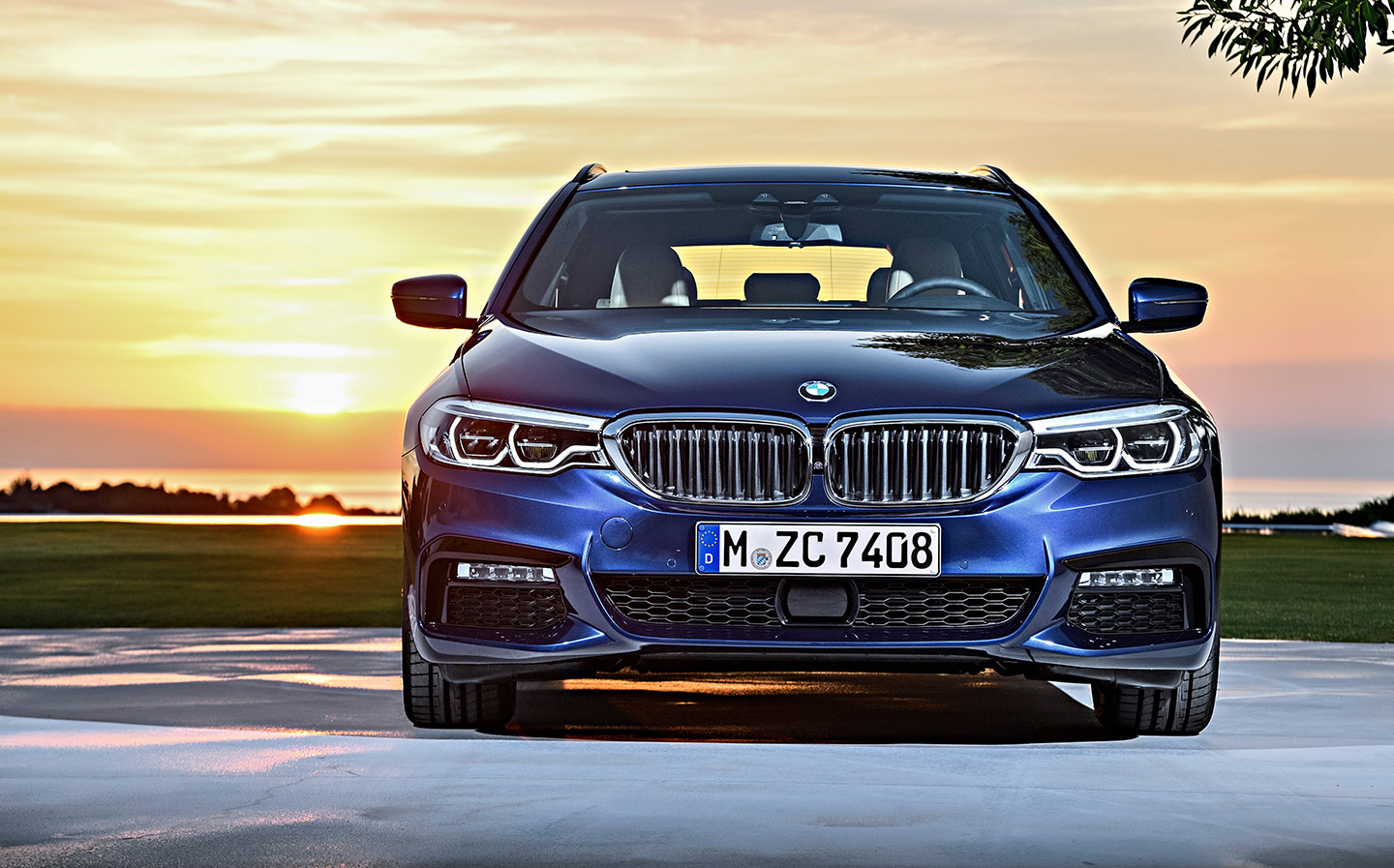 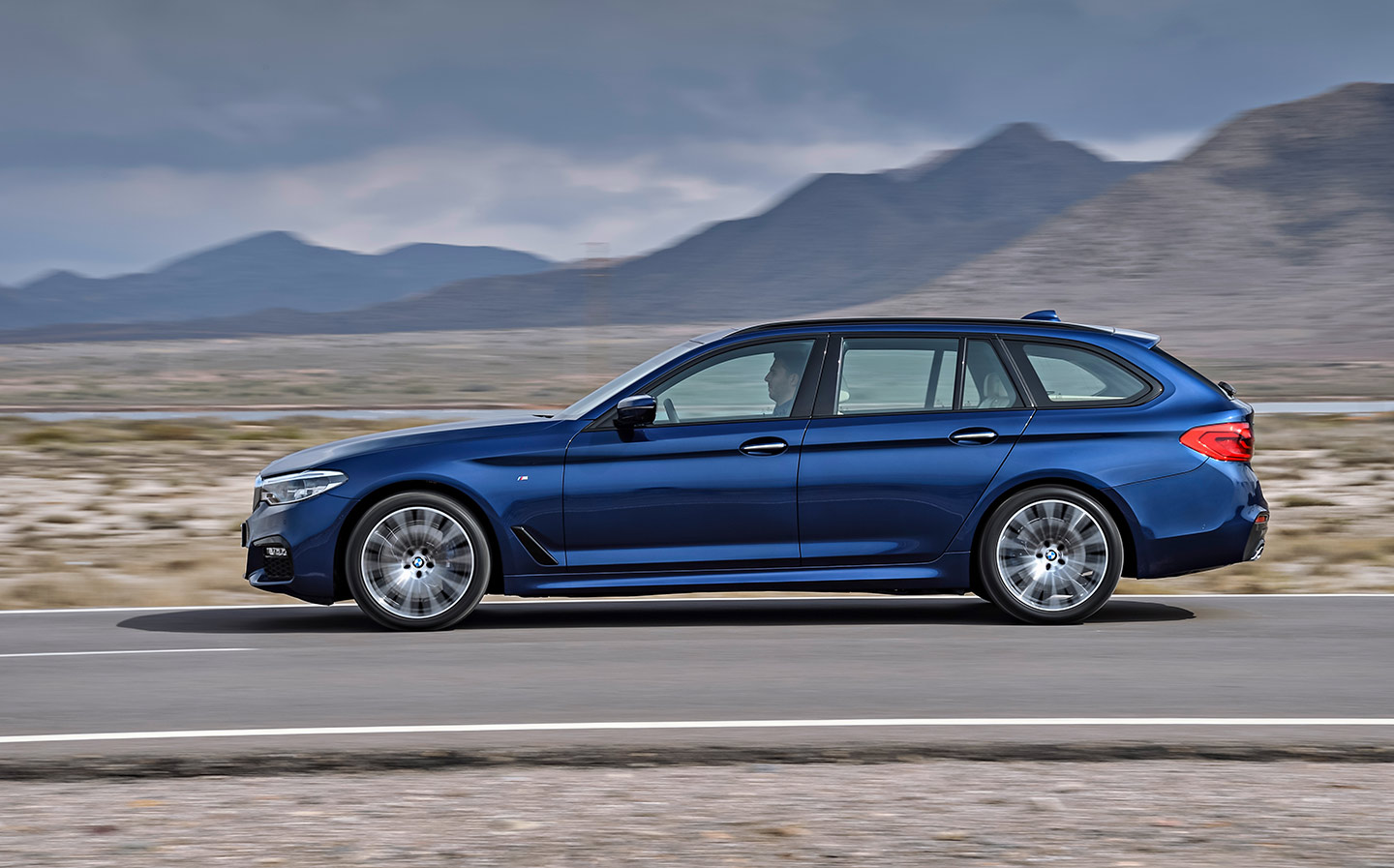 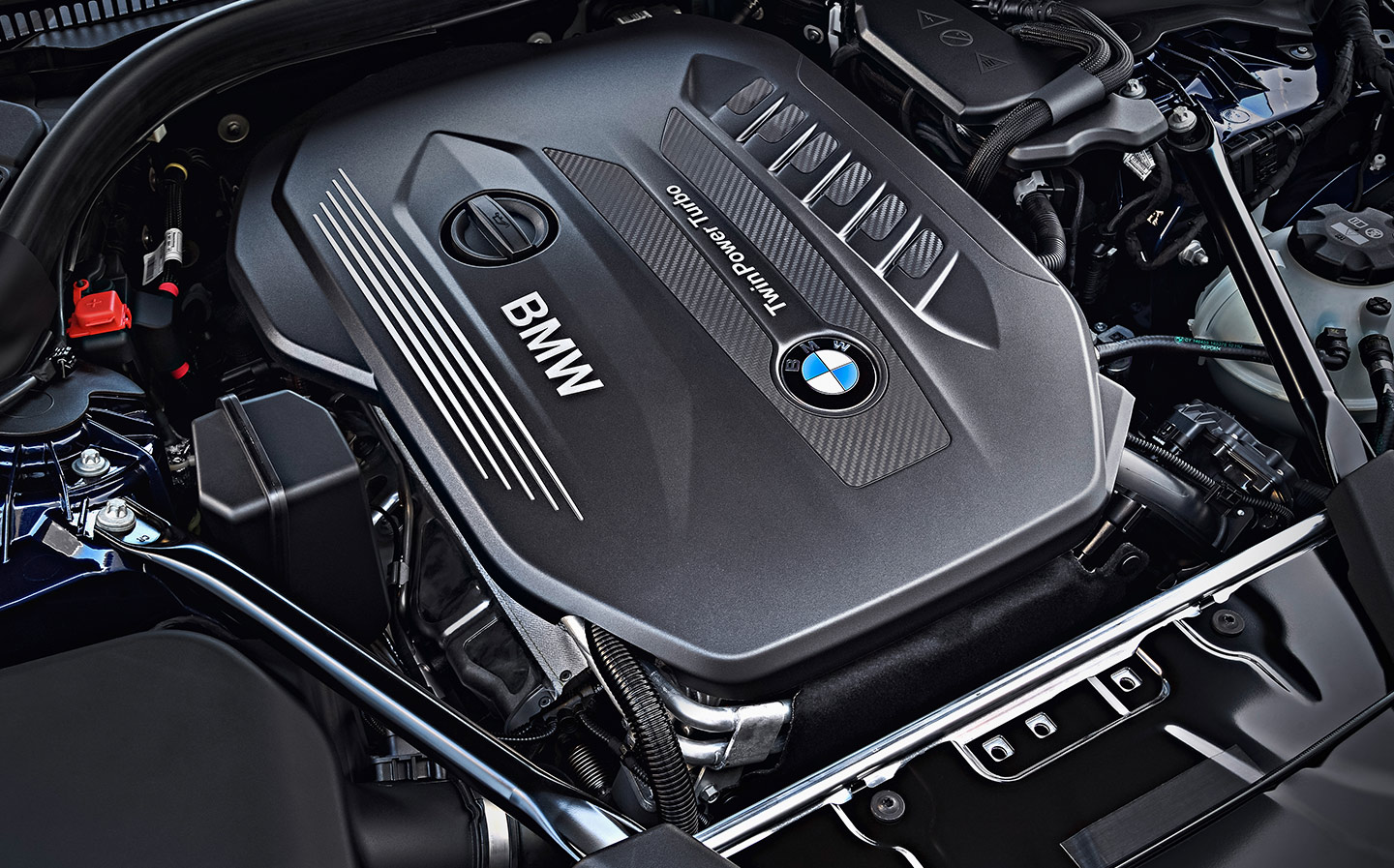 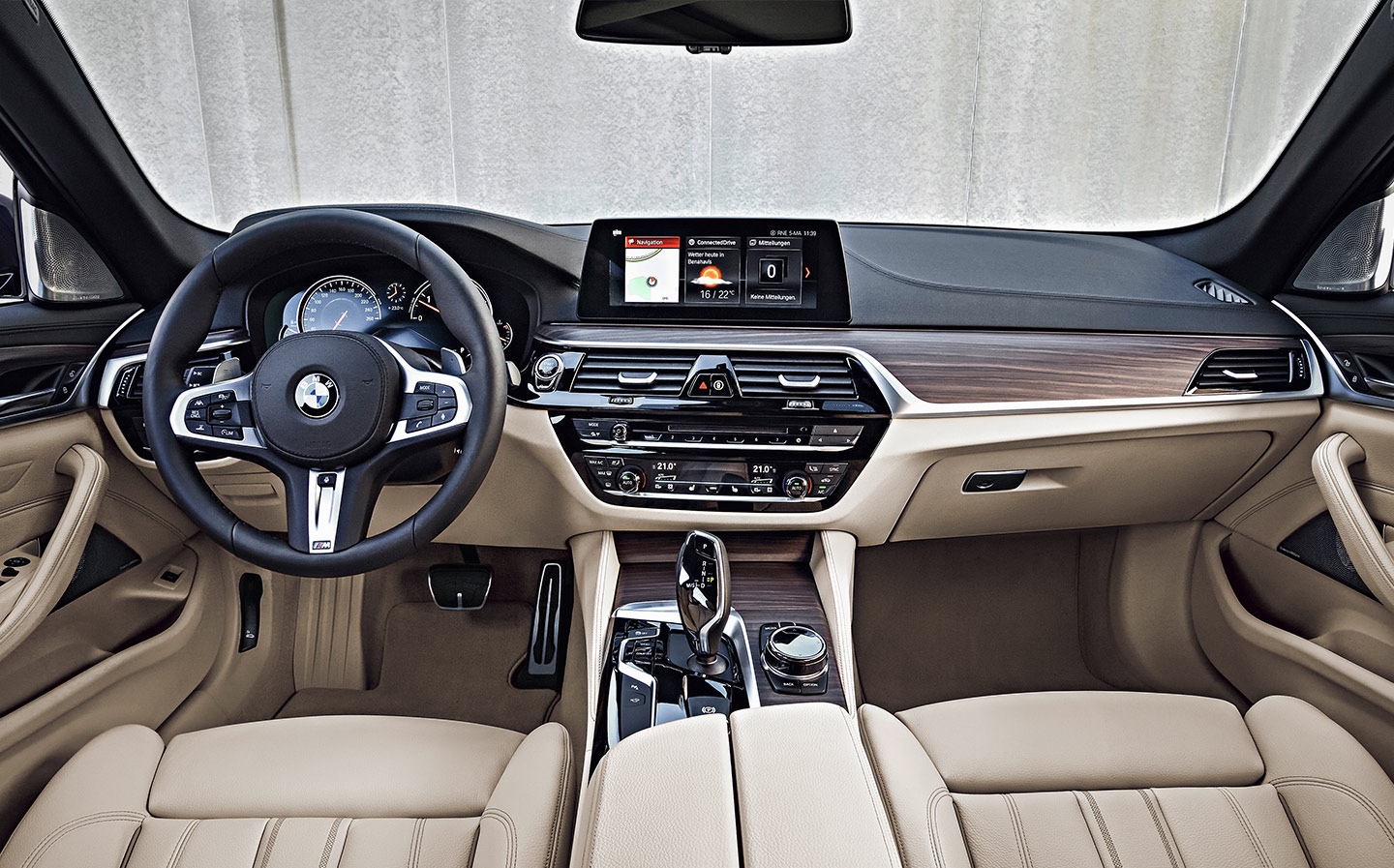 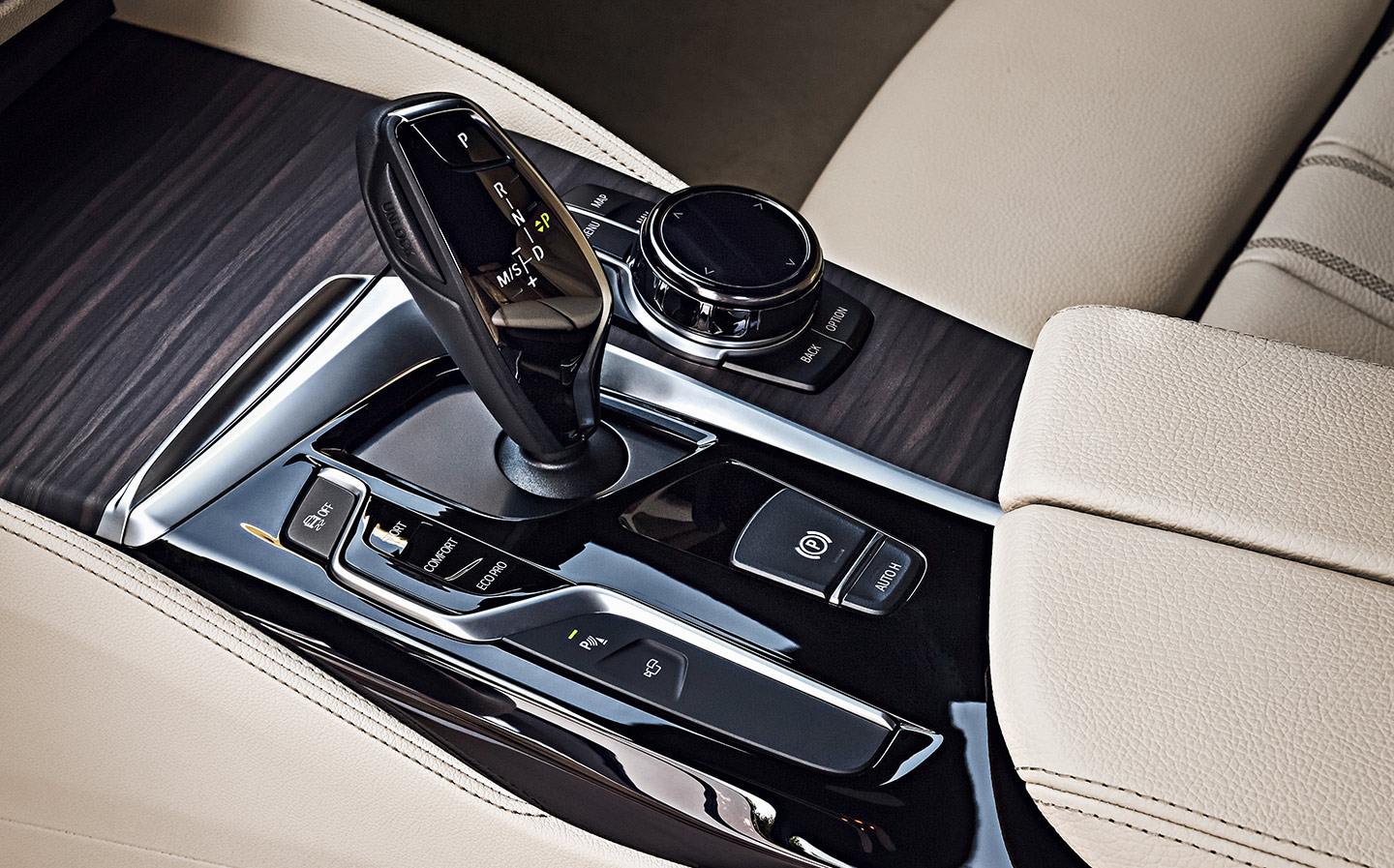 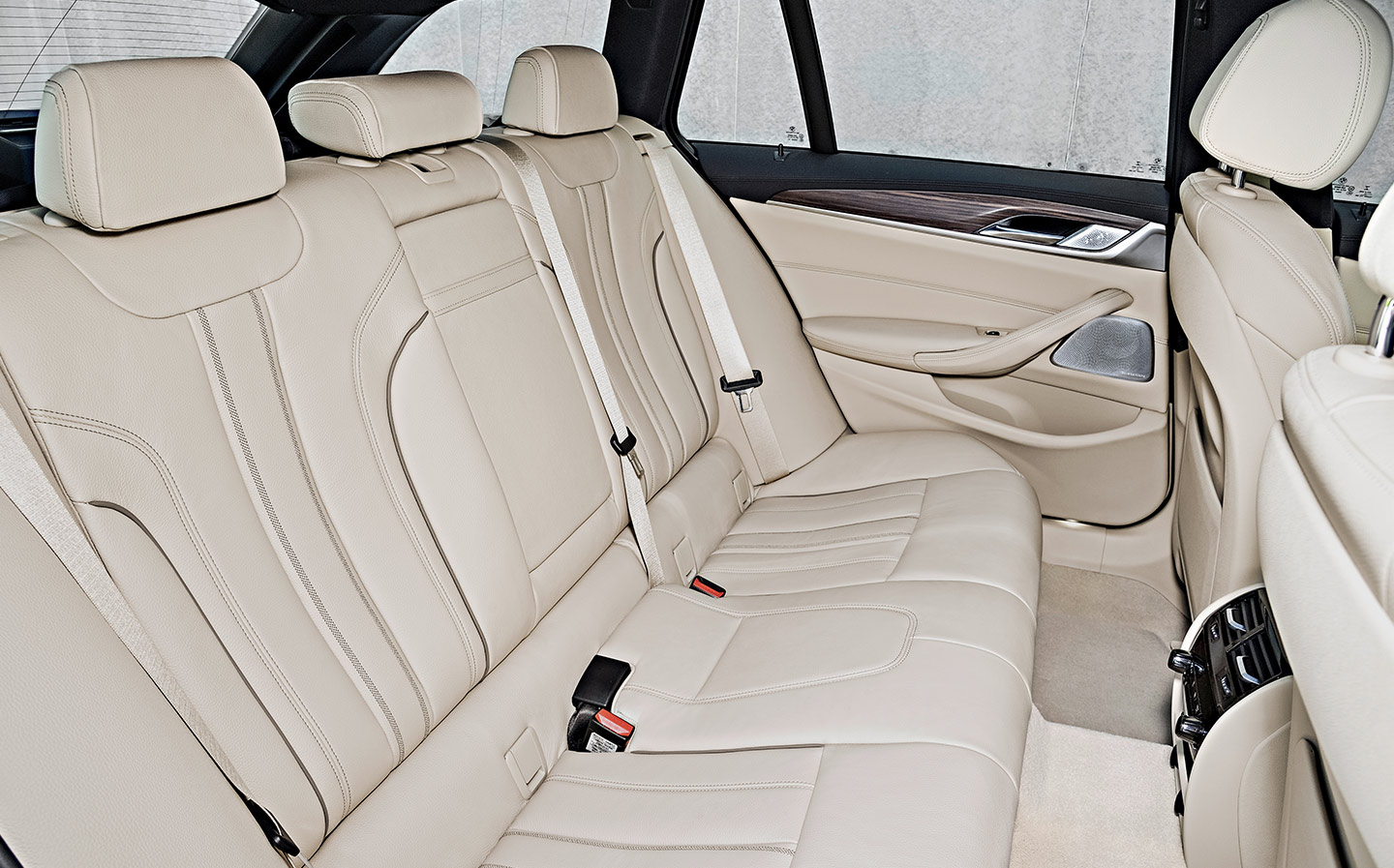 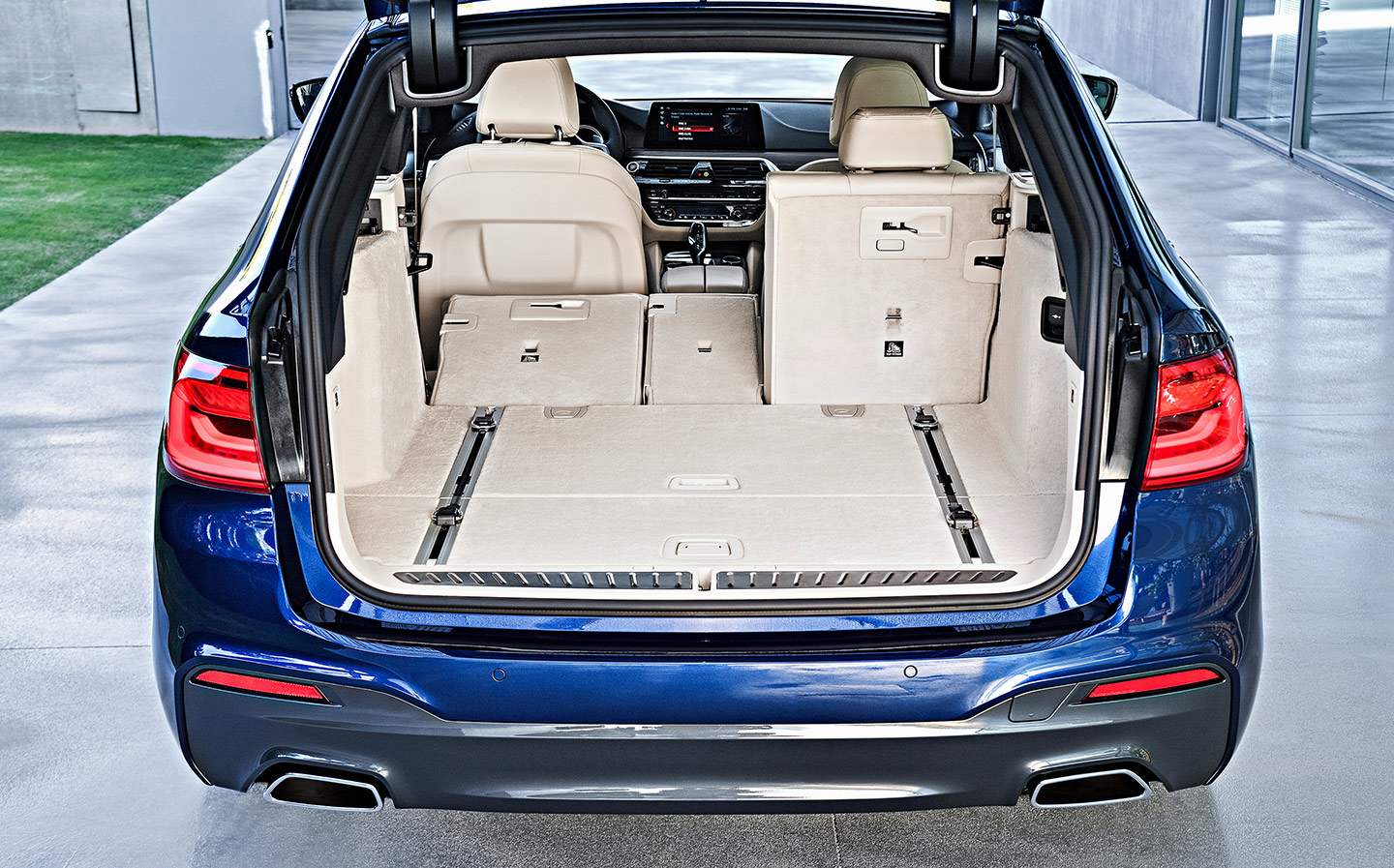 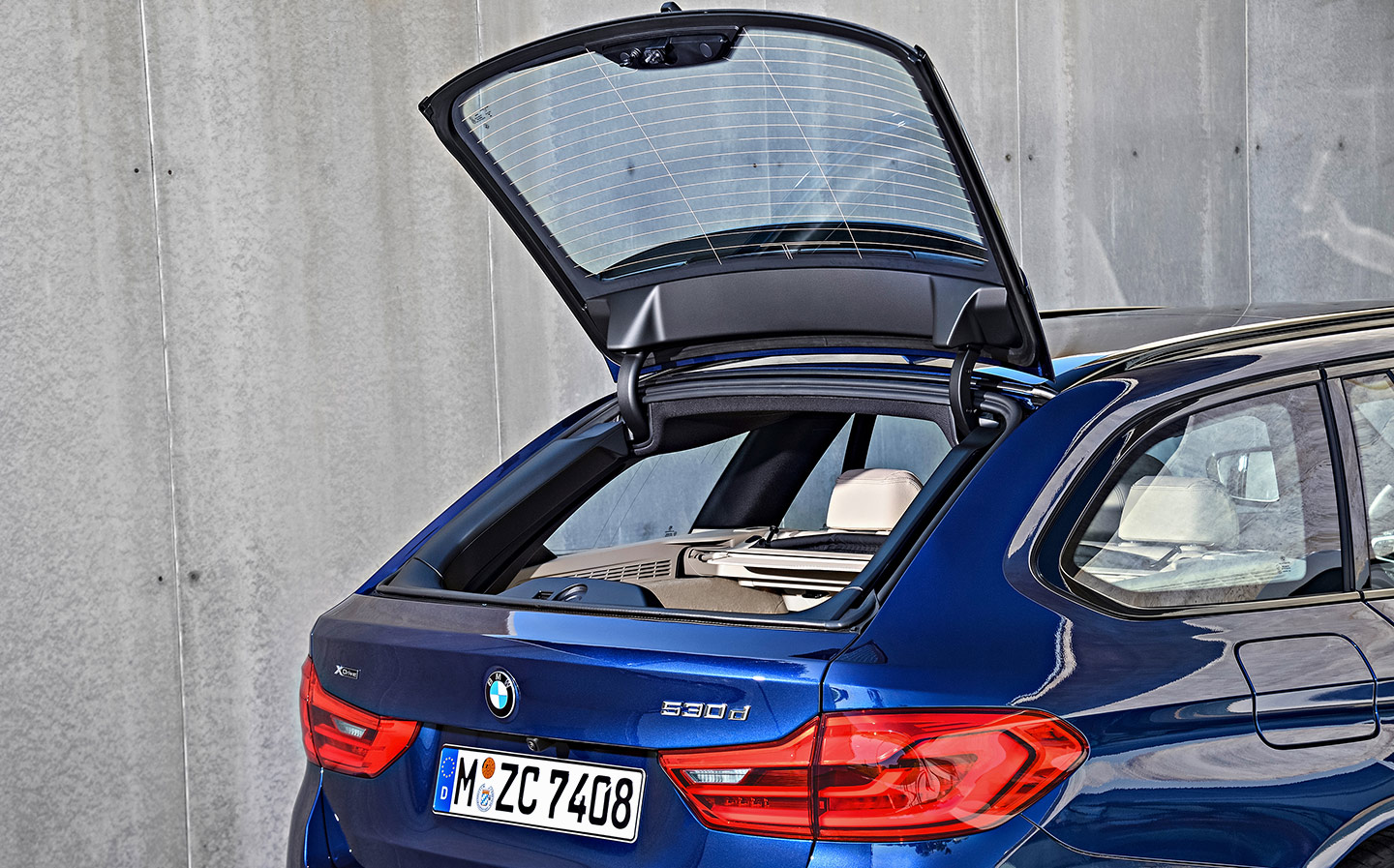 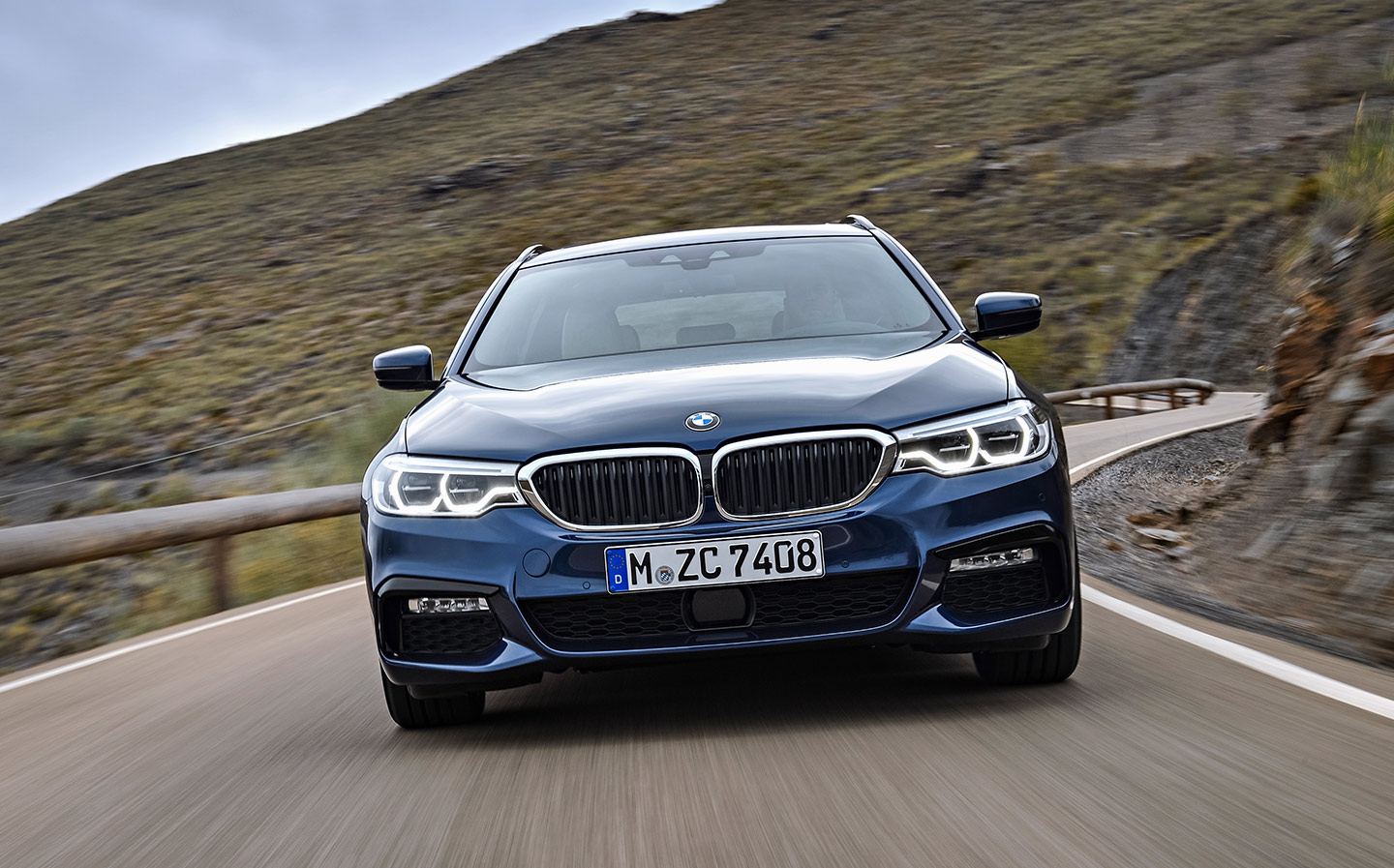 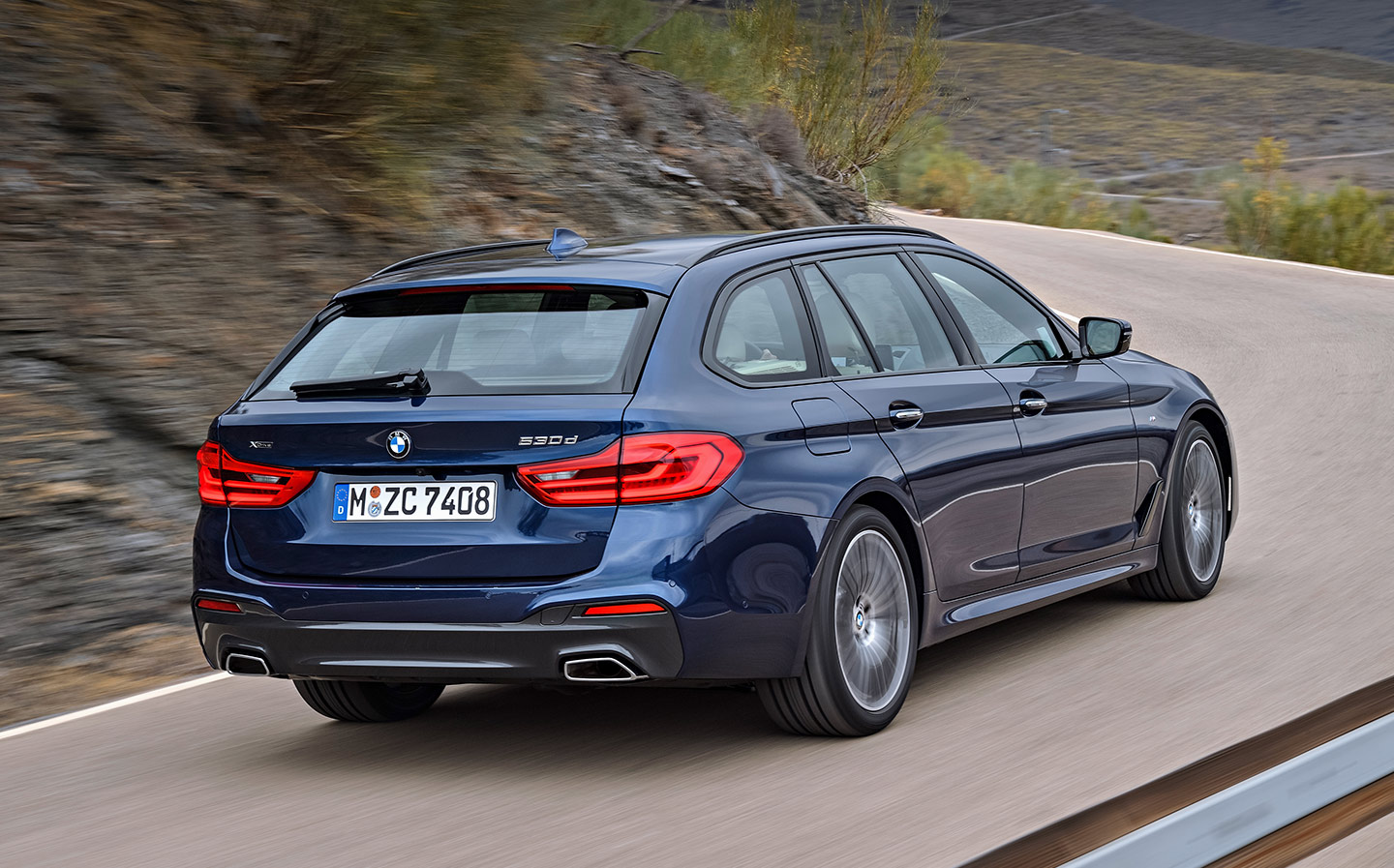 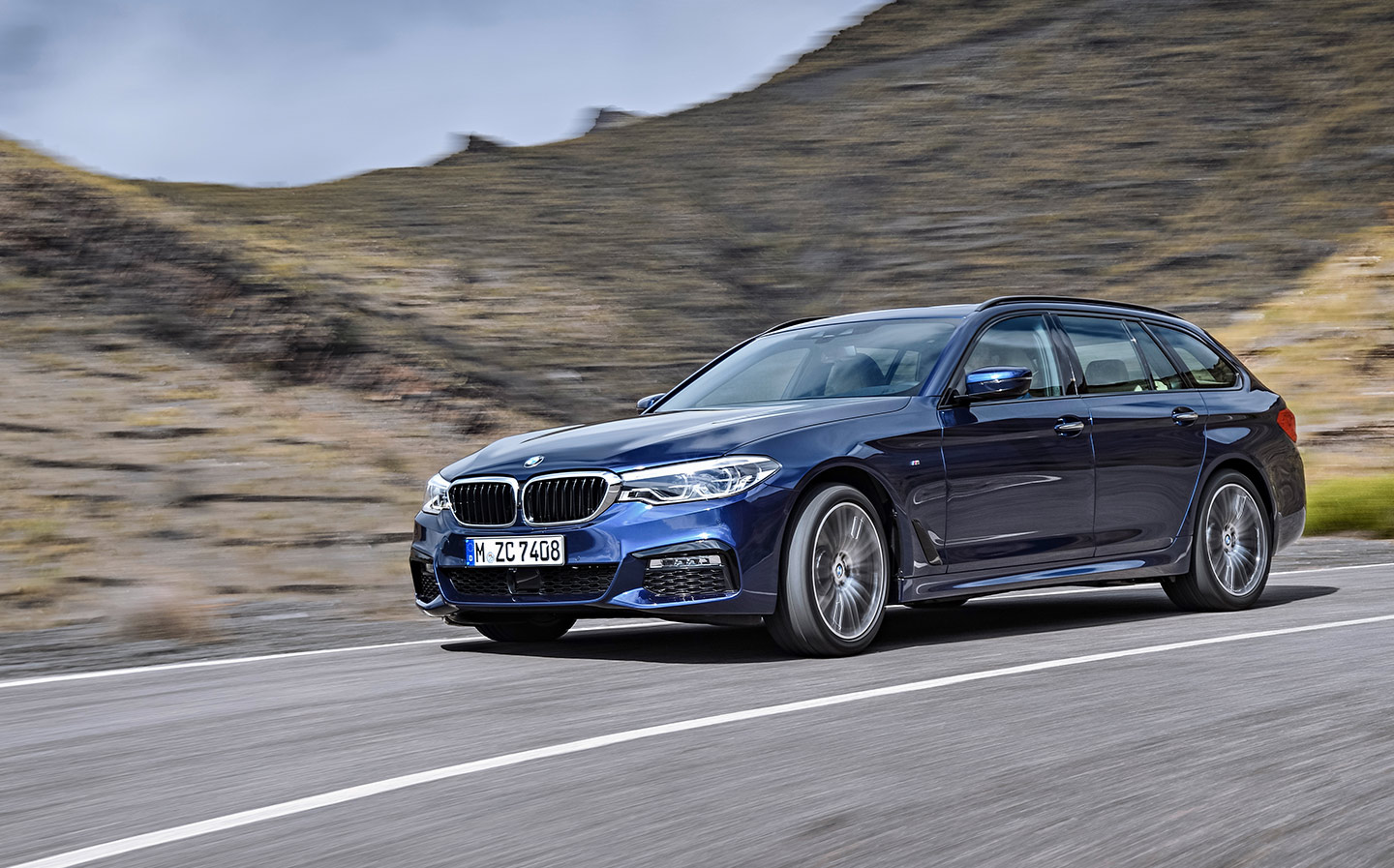 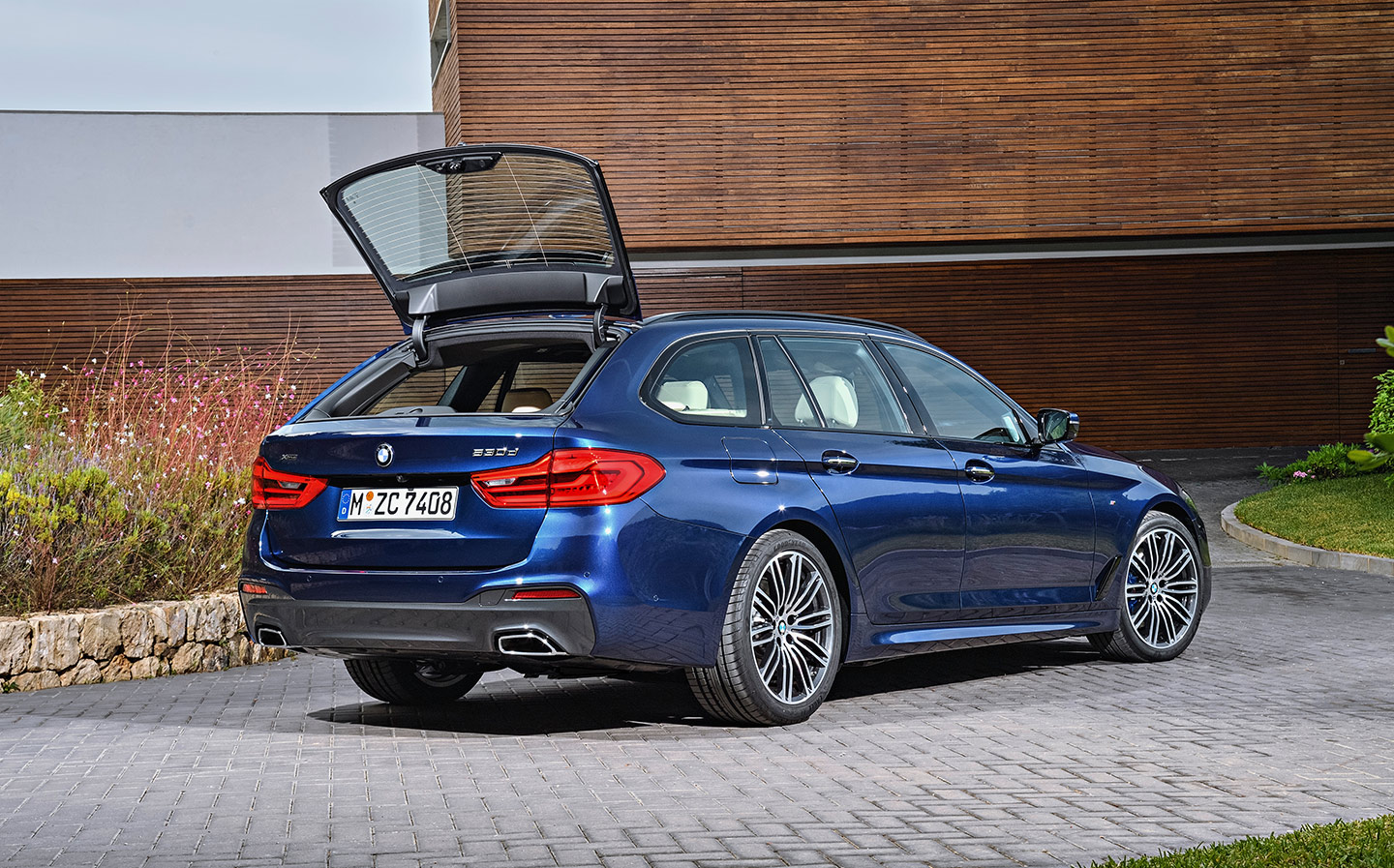 Share Article
No other car does everything so well
At a glance
Pros
Fits me, a driver, a girlfriend, two musicians and a couple of guitars
Manages 550 miles between fill ups
Superb levels of quality
Cons
Oh, do pay attention
Specifications
Cars > BMW > 5 Series

FOR MANY years I have argued that, all things considered, the BMW 530d estate is the best car in the world. It’s fast, handsome, astoundingly economical, very comfortable, reliable and genuinely good fun to drive. And now there’s a new version that is supposedly better in every way. But can you, I wondered, get Alex James from Blur into the boot with one of his guitars?

And then could you get the record producer William Orbit into the middle of the back seat, and could they play The Chain by Fleetwood Mac as we were driven from one party to the next?

Like any sensible chap who’s looking through some beer-stained goggles at what was obviously going to be a big night, I made sure a driver was on hand to deal with the business of moving me about. The trouble is that these days a driver is a bit like a packet of cigarettes at a party: round about 10pm everyone suddenly decides they’d like to help themselves.

So that’s why, as we left dinner, Alex and his wife asked if they could cadge a lift. That would make four of us plus a driver, and that’s no problem at all in the big Beemer. But then I noticed Mr Orbit looking a bit crestfallen, so he had to come too. And for some reason that isn’t clear, both he and Alex had guitars. “It’s OK,” said Alex. “I’ll go in the boot.”

Having wedged himself in, he then decided he’d quite like to play us a tune. But this was tricky since he was upside down and could access only about half of his fretboard. To make matters worse, Mr Orbit was stuck between me, who’s quite long, and my girlfriend, who’s even longer. And yet after just five miles they had it cracked. And so we were whizzing through the lanes of Oxfordshire, with live music to keep us entertained. It was a happy night.

Of course there are other large cars in which a brace of musicians could perform — many, in fact, if they are built like the Rolling Stones — but very few are so good at everything else as well.

Let me give you an example. When you fill the tank in a normal car, you are informed by a readout on the dash that you have a range of … what? Three hundred miles? Three hundred and fifty? Well, after you fill the tank in the 530d, you’re told you can go 550 miles before you need to stop again. And that, if you hate filling stations as much as I do, is enough of a reason to sign on the dotted line.

But there’s more. The head restraints in most cars are designed to be just that. Restraints. Tools to prevent you from becoming an insurance fraudster by complaining that you have whiplash. But in the BMW they are also headrests: big soft pillows into which you can nuzzle when Alex and William are serenading you with a gentle ballad.

“If you turn off all the nannying systems that are on hand to stop you crashing, you find that it is the real deal”

Or what about the sat nav system? In your car you have to sit there twiddling a knob to spell out where it is you’d like to go. You can do that in the BMW if you like living in the past. Or you can write it out longhand on the so-called touchpad — it works better if you are left-handed — or you can just say where you’d like to go. Three alternatives to do one thing.

It’s the same with quite a few of the controls. You can either push a button or you can make a gesture. Seriously, you just wave your hand about and something happens. This car, then, has all the best tech to be found anywhere.

In other cars you often find this blanket of electrical engineering sitting there like a distracting shroud to smother and blind the owner from some fairly ho-hum mechanical engineering — a hot sauce to mask the fact you’re eating a rat — but in the BMW that is emphatically not the case.

If you turn off all the nannying systems that are on hand to stop you crashing, you find that it is the real deal. You sit there doing big, easily controlled smoky tail slides, thinking: “Er, I’m in a big five-seat diesel estate. How can this be possible?”

And it’s the same story on the road. You know it’s a diesel that’s powering you because you heard the familiar clatter when you started. But now you can’t hear it at all. BMW has done something fancy here with the acoustics, because I’m not exaggerating. At a cruise the engine is silent.

And not because it’s broken. You know this because when you put your foot down it’s as if you’ve been caught up in a giant wave of torque. The TwinPower turbo is spinning and the six pistons are causing God knows how many explosions a minute, but all you can hear are the tyres as you lunge — and you really do lunge — towards the next bend.

And that’s something you’re looking forward to, because the steering is perfectly judged, the brakes haul down the speed with infinitely variable feel and, thanks to that four-wheel-drive system, there is almost never any understeer. It’s all just grip. Even when the snow falls.

This has always been an Achilles heel for BMW. And no one is really sure why. But when the thermometer drops below zero, the first cars to slither into a ditch are always the Beemers. The xDrive system answers that, and now it’s available across the range, I’d tick the box, especially if I lived somewhere rural.

At the very least it’ll be useful when you have a rock star in the boot and you’ve been directed to park in a muddy paddock.

Finally, there’s the business of quality. BMW has always had to play second fiddle to Mercedes in this area, but I just don’t think that’s the case any more. If you push and pull all the trim in the 5-series, it feels as though you are pushing and pulling a barnacle that’s been welded in place. Everything gives the impression it’s there to stay. For ever.

I could go on, but there’s no point, because until there is a breakthrough in what we drive and who drives it and what powers it and what controls it, this is as good as it gets. It’s 130 years of development brought together in a package that’s as faultless as current technology permits.

Mercedes, Audi and Jaguar can sell you cars that are similar. But they simply don’t do everything quite as well as this BMW does.