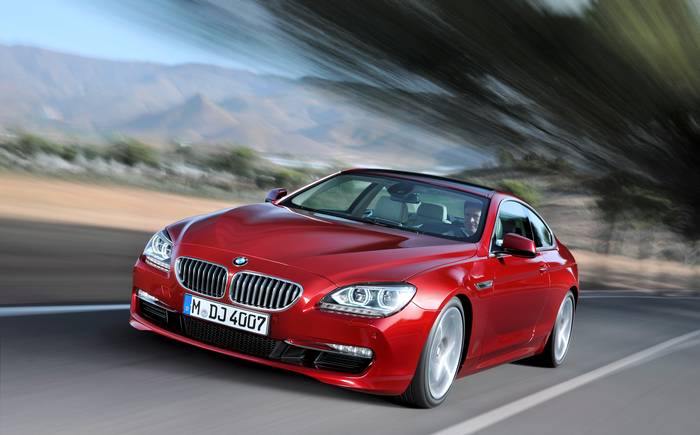 The BMW 6-series may hint at sporting credentials with its swooping contours and low-slung profile, but don’t be fooled by this racy siren, because it’s not really a sports car. More of a grand tourer, the 6-series is reasonably practical compared to, say, a Porsche 911 – it easily seats four – yet is quick enough to raise a smile if the mood strikes. You can buy both coupe and convertible versions of the 6-series, but unless you really crave roofless motoring, our advice is to go for the coupe.

As is the case for many BMW models these days, the badging is confusing – the pick of the bunch, the 640d, is not a 4-litre as its label suggests, but a twin-turbo 3-litre. Rivals include the aforementioned Porsche 911, the Jaguar XK – a less practical but more distinctive coupe – and, if your budget will stretch to it – the Mercedes-Benz CLS. 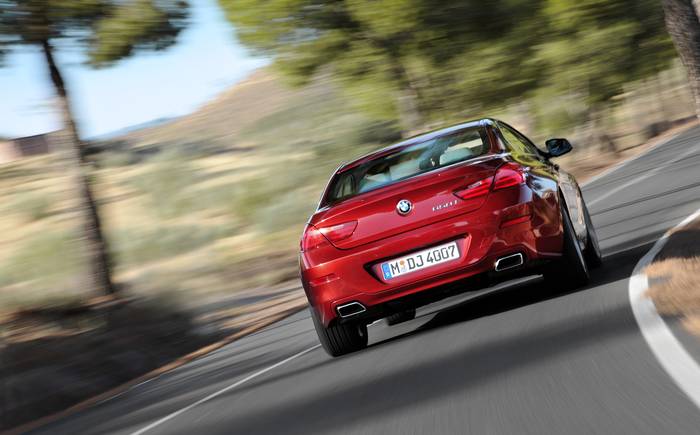 For a company that spent years proclaiming itself the maker of The Ultimate Driving Machine, the 640d falls rather short in the ride and handling departments. It has four adjustable driving modes ranging from EcoPro to Sport+, but in our experience no one setting strikes the ideal balance. Sport+ adds too much weight to the steering, makes the gearshifts race-car fast but the ride harsh (at the same time failing to give sufficiently involving handling), and Comfort mode is admittedly more comfortable, but with steering that’s too light and lacks feedback.

Bizarrely, the most satisfying mode to drive in is EcoPro, which restricts throttle response to help conserve fuel, and provides a dashboard display that tells the driver how much energy regeneration is being achieved, and what that equates to in terms of “free miles”. It’s rather too much like driving a Toyota Prius, though, which really isn’t what you expect of a £60,000 sports coupe.

Nevertheless, the 3-litre twin-turbo diesel engine and eight-speed automatic transmission are astonishingly good performers. Both have a velvety responsiveness that never fails to impress, and the engine is never caught short of punch. 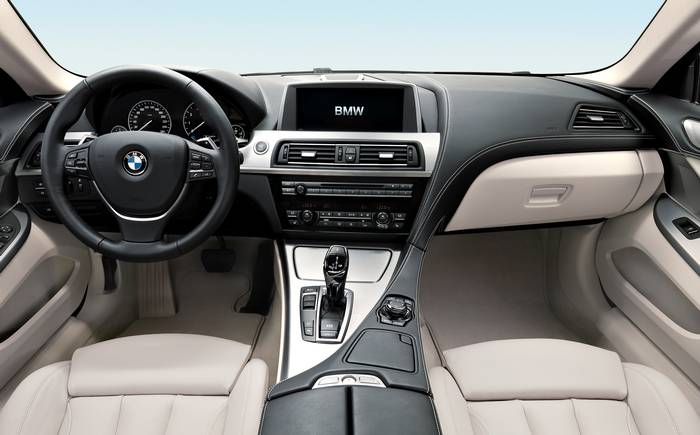 Considering the price of the 6-series, its cabin doesn’t really feel special enough. Most of its components are shared with lesser BMW models, and its look and feel are quite spartan overall. A beefy transmission tunnel annoyingly eats into space needed by the driver’s left leg, but the cabin does at least have plenty of stowage space for bits and bobs such as phones, sunglasses, wallets and more.

The coupe’s seats are nicely shaped and certainly comfortable, and as the BMW’s driving position can be tailored to suit almost everyone, it remains comfortable even over long distances. The rear seats are just about big enough for adults, providing they’re not too tall, but to be honest are better suited to a lift home from the pub than a trek from Portsmouth to Edinburgh. As a bonus, the 460-litre boot of the coupe is surprisingly practical.

Among the clever gadgets included are a head-up display that projects speed and sat nav information onto the lower part of the windscreen, allowing the driver to take in the information while focussing on the road ahead.

BMW’s reputation for thorough engineering is well deserved, judging by the reliability record of the 6-series. The likelihood of a well-maintained 6-series developing any significant problems is very small, despite the fact that BMW has  issued three recalls focussed on slight fire risk and/or electrical problems, and one recall specific to the convertible, which concerns a bonnet pedestrian-safety function. Even the previous 6-series, launched in 2004, has been recalled only twice.