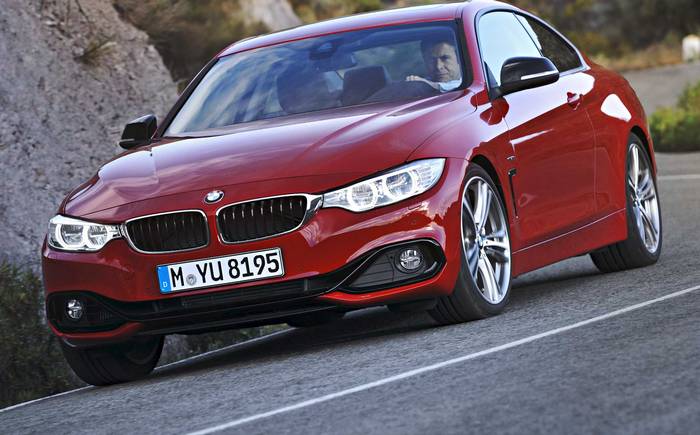 What is the BMW 4-series coupé?

Don’t be fooled by the new name, this is simply the coupé version of the BMW 3-series saloon. Previous generations were known simply as “3-series coupé” but the current model has been rebranded to make it appear more sporting and dynamic against the more practical four-door variants.

BMW insists it’s more than just a marketing exercise and that the 4-series is a genuinely different car. It certainly doesn’t look the same. Park it at a busy supermarket and you’ll struggle to find it again, so low is its roof. The car is more than 51mm lower than the 3-series and slightly wider, too.

Style is more important in this sector than most. The 4-series is designed in classic coupé fashion with a long bonnet, steeply angled windscreen, and a roofline that curves down onto the bootlid and ends with a tiny flick upwards. The result, according to Driving’s straw poll, is beautiful: classic lines, combined with prominent wheelarches and front wing air outlets, which suggest sportiness.

Underneath the swooping metal, the steering and suspension have been tweaked, trading some of the 3-series’ comfort for more involving handling. The price of these adjustments is around £3,000 more than the saloon, although the 4-series does come with more equipment as standard, including leather upholstery on every model.

Six different engines are currently available: three petrol and three diesel, so buyers should be able to find a balance between list price, performance and fuel economy (up to 61.4mpg) that’s right for them.

The BMW 4-series has not yet been crash tested by Euro NCAP but is likely to perform to a similar level as the 3-series, which has been awarded the top 5-star rating. 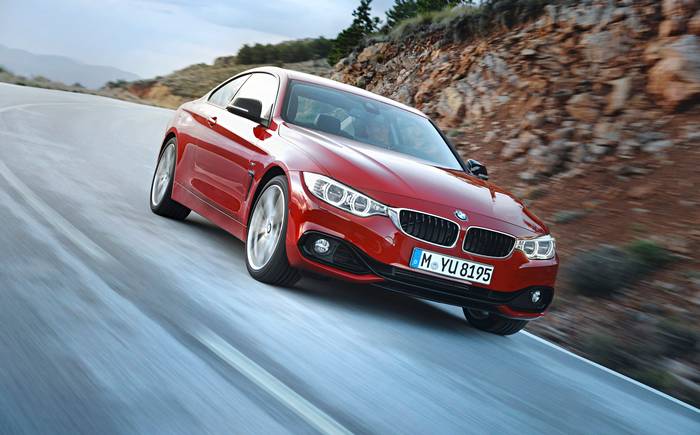 The challenge in this segment is to produce a coupé that’s relaxing to drive in town or along a motorway, but which will perform like a sports car when the owner demands. In this, BMW has largely succeeded.

On mid-range, 18in tyres and the optional M Sport suspension, the ride is firm but not harsh. This means that you feel bumps and dips in the road, but without them jarring; the car just bobs gently over them, before settling back again, and remains comfortable after hours on a motorway.

The steering is well damped, too. Crash over a giant pothole and you might expect the steering wheel to kick left or right, but the 4-series will continue steadily on the same track. This also helps make the car great fun to drive; it will stick to its line around corners, even on poor road surfaces.

Thread the 4-series through a series of bends and it feels nimble, remaining flat as it darts from left to right, in spite of its 1400kg weight. The electric power steering increases resistance as you turn, which does feel artificial but reassuring.

You’ll need to find a tight corner, or have a heavy right foot, before the 4-series’ tyres run out of grip, at which point the car begins to slowly drift wide. Taking the traction and stability control out of its default “safety-first” mode will allow the rear wheels to spin and slide ‒ but only until the computer decides you’re close to losing control.

The most popular engine is likely to be the 2-litre diesel in the 420d, which has claimed fuel economy of 60.1mpg for the manual car, and 61.4mpg for the automatic, but with respectable performance too. It will go from 0-62mph in under 7.5sec. The engine’s performance is superb, with a wave of effortless acceleration above 2,500rpm. It makes the car feel like a grand tourer, best suited to miles of long-distance driving. But it’s also less refined than you might expect, rattling noticeably when you press the accelerator and, in the manual car, shaking the gearstick whenever it starts up, which happens frequently when driving in town with stop / start activated. In the real-world, fuel economy is also closer to 45mpg.

If you want a more sporting character in the 4-series, then the six-cylinder diesel in the 430d delivers much more of a punch under acceleration (0-62mph in 5.5 sec), although the claimed fuel economy drops to 57.6mpg and the cost increases by £4,000. Many may find the petrol-powered 428i the best compromise with powerful acceleration and a starting price of under £33,000. The downside is fuel economy, claimed to be 44.8mpg in official tests and likely to be less in the real world. The most sporting 4-series will be the M4, to be reviewed separately.

Most buyers will choose the excellent eight-speed automatic transmission, which can be operated manually with paddles behind the steering wheel. Those who opt for the manual won’t be disappointed: you can change gear quickly and precisely.

One other option to consider is four-wheel drive, available on xDrive models. The system noticeably improves grip, so at times it’s as if the tyres are made of sticky liquorice. 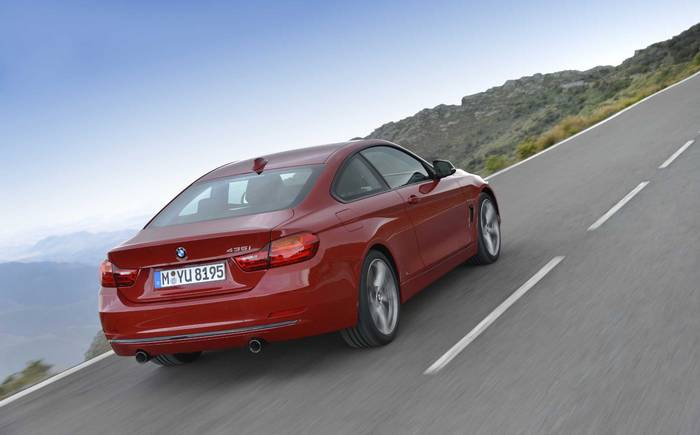 Unlike the exterior, the cabin is little different from the 3-series, although owners will have few complaints. Leather comes as standard, the essential controls are clear and the iDrive software system on the dashboard screen, which controls the radio, sat nav and online functions, works better than any systems from BMW’s rivals.

Inputs can be made through steering wheel controls, a dial just in front of the armrests or by voice control. There’s also a third way of inputting sat nav commands, using the iDrive dial, which now doubles as a touchpad in cars with the Professional navigation system. You can trace letters onto its surface and the car will recognise them, which is a nice party trick for passengers, although using voice control is far simpler.

The quality of engineering is evident in the little touches: the indicators that can easily be cancelled, without accidentally indicating the other way, and the windscreen wipers that leave the screen smear-free. But there is evidence of some cost-cutting: the budget for the dashboard appears to have run out by the time the engineers got to the panel next to the handbrake, which appears to be made from the same plastic as Kinder Surprise toys. The keyfob feels similarly flimsy.

With a decent level of standard equipment, there’s no need to go mad with the expensive options list. The head-up display, showing your speed and sat nav directions projected onto the windscreen, is outstanding. Unless you like to keep a close eye on the rev-counter, there’s no need ever to look down at the dashboard binnacle, which helps keep your eyes on the road. It may, however, be tough to justify the £875 it costs as an option.

On the other hand, £360 seems worth paying for the excellent adaptive headlights, which allow drivers to leave their main beam headlights on constantly. When you approach another vehicle, the 4-series will automatically block out a section of the lamp, which avoids dazzling the oncoming driver but means that the rest of the road remains well illuminated. It’s constantly reading the road and adjusting itself accordingly, so that as much of the road as possible is illuminated.

As it’s based on the 3-series, there’s a reasonable amount of space in the back for two adults, with large doors that allow them to clamber in with relative dignity. The low roofline will make some taller passengers feel claustrophobic, though ‒ even in the front. Boot space is only slightly smaller than the 3-series saloon, at 445 litres and can be expanded by folding down the rear seats.