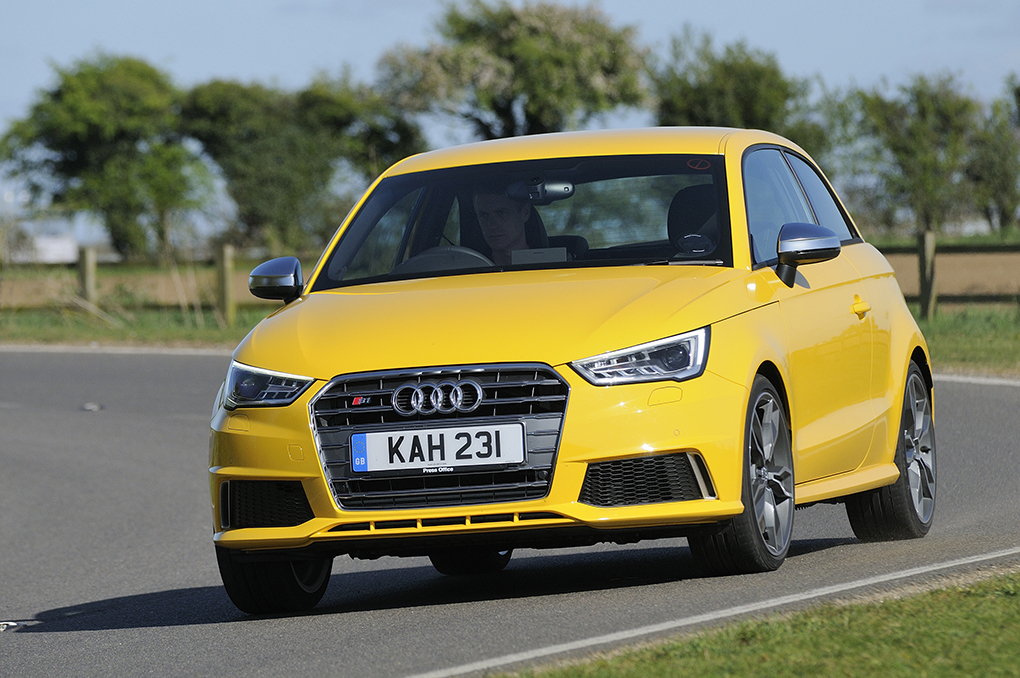 What is the Audi S1?

The S1 is Audi’s new high-performance hatchback, and the most affordable of the sporting series of S-branded models. It shows plenty of promise. This is the smallest Audi in the range yet it is powered by a potent 2-litre turbocharged petrol engine with 228bhp. The nannying driver aids can be switched off, and it is  available only with a manual gearbox. Sounds as though Audi’s engineers want S1 drivers to get stuck in and have some fun…

It is available as a three-door hatchback or five-door Sportback, costing £24,905 and £25,635 respectively. Even if your heart is set on the S1, you’ll appreciate that at this price level there is a great deal of competition.

Search for and buy a used Audi A1 on driving.co.uk

If you don’t want to spend quite so much money, there’s also the new £18,650 Mini Cooper S, or the cute but less potent Abarth 595 Competizione, for just £17,950. In fact, the number of good hot hatchbacks has never been so great. And we haven’t even considered a used car, such as the Audi S3 or TT…

Hold on tight, the S1 takes off like a terrier after a rabbit. It will leap from standstill to 62mph in 5.8sec, turning your tummy giddy in the process. To add some context, that is quick enough to leave larger cars like the Golf GTI or Ford Focus ST trailing, both taking 6.5 seconds. Smaller cars, such as the Mini Cooper S or Ford Fiesta ST, are slower still.

How does it manage such impressive performance? It is through a combination of being small, having such a responsive engine matched to short gearing, and putting every bit of power to good use, thanks to impressive traction from the four-wheel drive system (a rarity for this type of car at this price). 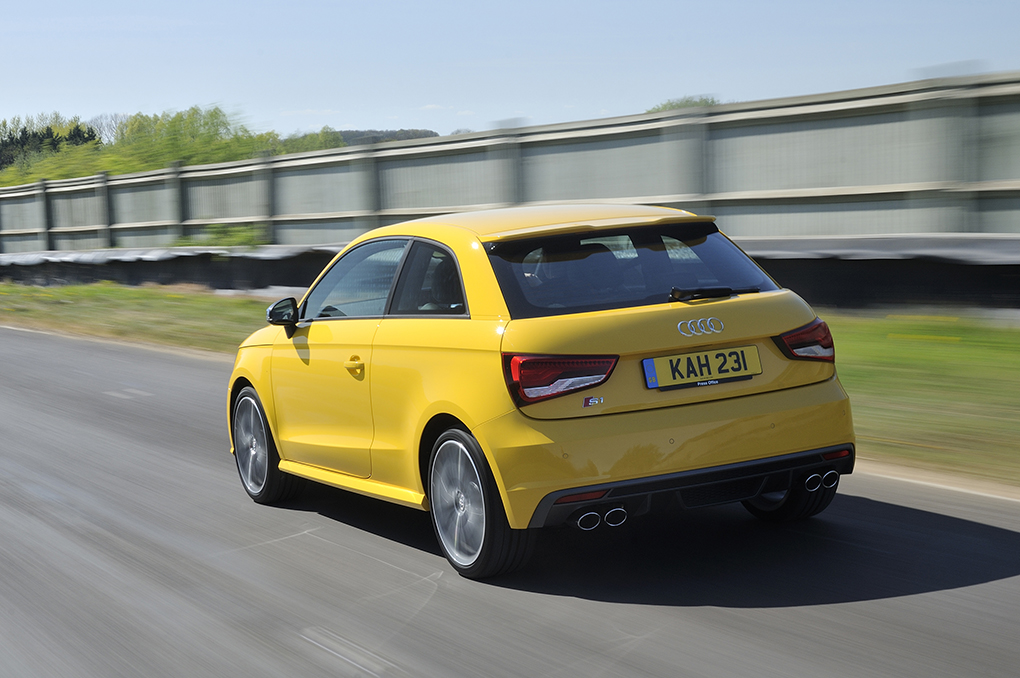 Other hot hatchbacks spend half their time spinning their front wheels when the driver demands full power; the S1 simply launches itself toward the horizon, even on a wet road. The engine pulls cleanly from 1,500rpm, and positively flies beyond 2,000rpm. With such little lag from the turbocharger, it’s quick to respond to the throttle.

This can have a curious effect on the driver, bringing out their wicked side. Because the S1 looks relatively innocuous ‒ it could pass for a sensible supermini ‒ other drivers in their larger, more expensive cars will assume it’s going to hold up their progress. But the moment an S1 driver faces a clear stretch of road, they can effortlessly pull away from following traffic. Or, indeed, surge past slower cars in front.

And on a winding road, the S1’s pocket-size further helps its cause. It shrinks around the driver and, unlike many hatchbacks these days, never feels too wide for the road, which inspires confidence in the driver to push it for all it’s worth. In a sign that this is a car that the driver can trust, it feels natural to cancel the ESP stability system and put you faith in your judgement and the car’s abilities.

At times, there is a touch of tramlining, where the tyres follow the road’s contours, but it’s never disruptive. The redesigned rear suspension ‒ Audi had to replace the torsion beam arrangement of other models with a multi-link independent system to accommodate the four-wheel drive hardware – gives the car good composure over bumps in the middle of a bend.

The quattro system ordinarily sends 60% of the engine’s power to the front wheels. It’s unobtrusive to the point that you’re never aware of it working its magic. Fling the S1 around a bend with the ESP system switched off and it feels impressively well balanced. Lift off the throttle abruptly and the tail will swing round, much like a hot hatch of years gone by. It’s all surprisingly good fun. 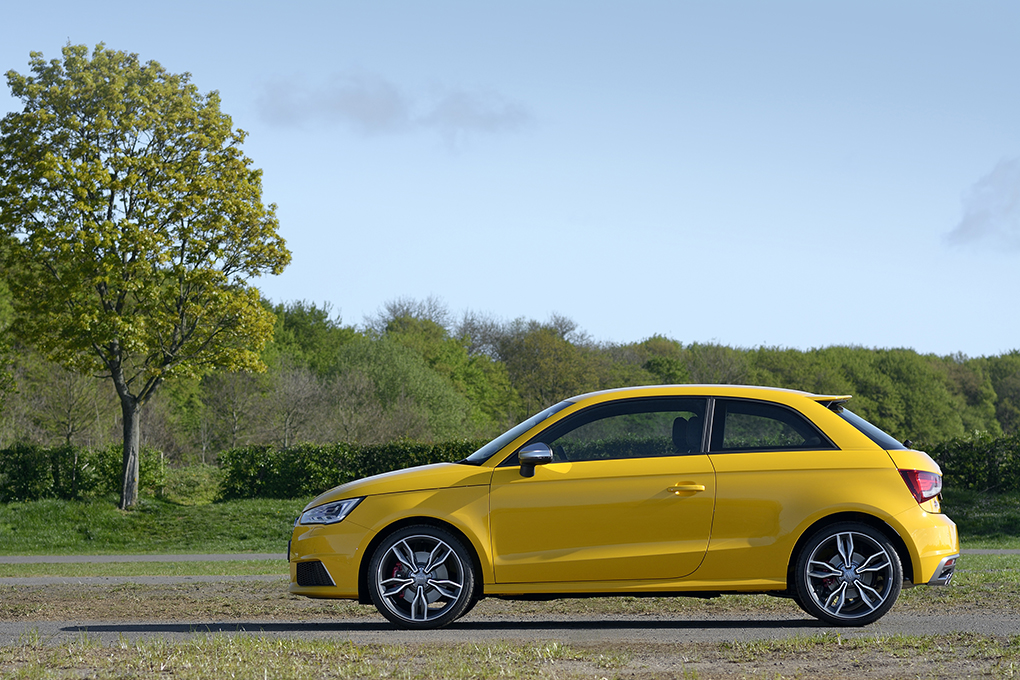 As with any car, there is room for improvement. In the S1’s case, the light steering lacks feedback, the engine doesn’t sound very interesting and the brake pedal is set awkwardly high in relation to the throttle pedal, making heel-and-toe braking and gearchanging more difficult. This last is an annoying oversight, considering Audi made the (right) decision to get the driver more involved and change gear for themselves.

The S1 comes with Audi dynamic drive. This offers three operating modes for the driver to choose from: auto, efficiency and dynamic. These alter the response of the throttle and the firmness of the damping, but in practice there is very little difference and the damping always feels firm.

Is it a practical car for day-to-day use? Sure, in the sense that it’s just about comfortable and refined enough not to tire the driver. The engine spins away at around 2,700rpm at 70mph, the result of its short gearing, and the exhaust gets quite shouty when you put your foot down. But it never becomes wearing. 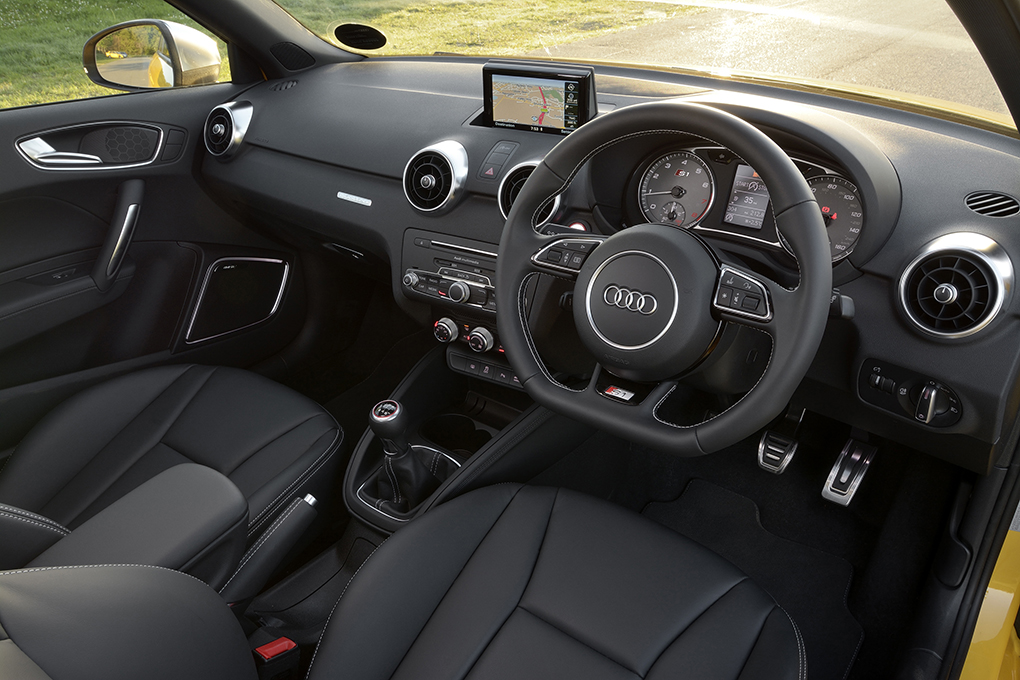 The three-door S1 is a small car; the five-door S1 Sportback is barely any larger. Friends will grumble about a lack of space in the back seats and the boot carries just 210 litres (smaller than a regular A1 as the floor had to be raised for the four-wheel drive system).

Still, you can always point your friends to the nearest bus stop… The interior is attractively designed and feels robust and expensive for such a small car. There are one or two areas where the plastic feels cheap (used around the base of the doors and for the handbrake shrouding) but generally it looks stylish, and is finished with a flourish of S1 logos on the flat-bottomed steering wheel and rev counter.

The sports seats proved extremely comfortable, even if they initially seem a little flat, but the driving position is let down by the absence of an aluminium footrest to match the sporty-looking pedals. Instead, there’s just a ridge for the left foot covered in slippery carpet – not ideal when the S1 can dart round corners like it’s been glued to the road and the driver needs to brace themselves in place. 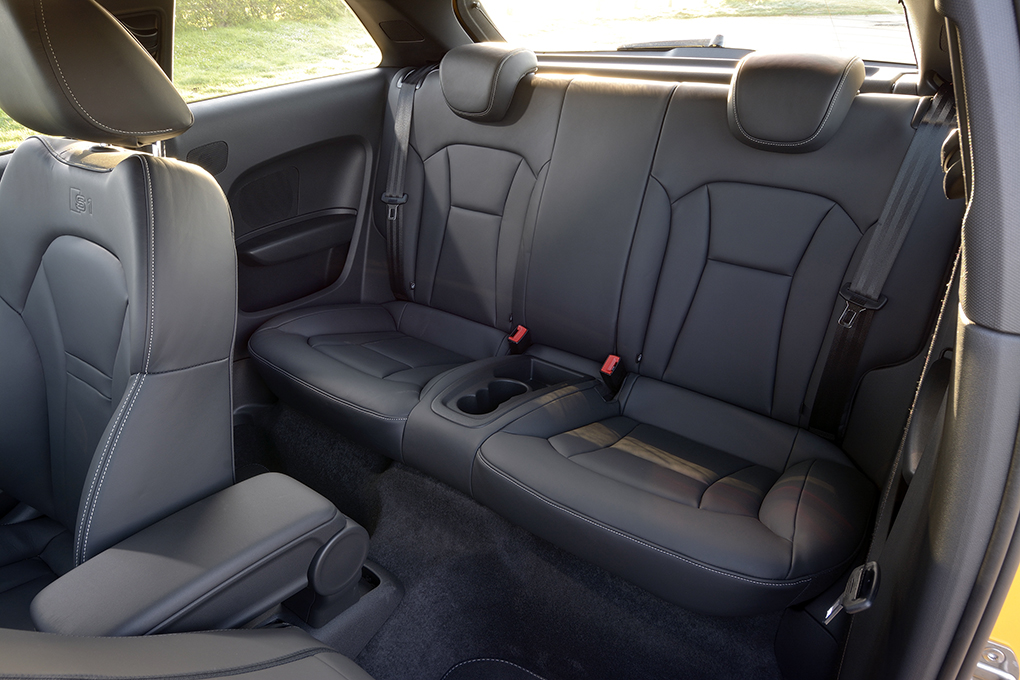