By Richard Dredge
Share Article
The Virage is sharper-looking and crisper to drive than the DB9 on which it’s based, though whether or not it’s worth such a hefty premium over its sister car is not so clear.
Pros
The styling and performance
Comfort and refinement
Sheer usability and a glorious cabin
Cons
No manual gearbox version
Unusable rear seats in the 2+2
Big running costs
Cars > Aston Martin > Virage Coupe 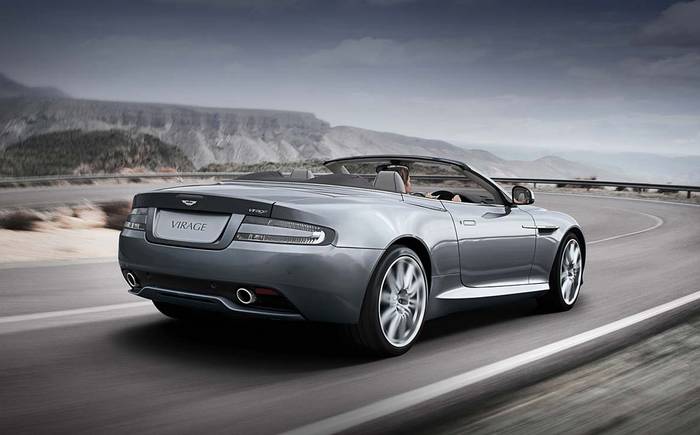 What are the Aston Martin Virage and Virage Volante?

The Aston Martin Virage is a car with an identity crisis. Is it a DBS Lite, or a slightly more hardcore DB9? The truth lies somewhere in between. It’s as refined and user-friendly as the DB9 yet sharper-looking and more rewarding to drive. The Volante, of course, is the open-topped convertible version of the Virage.

When the Virage made its first appearance in spring 2011, Aston Martin was accused by many of offering old wine in a new bottle. The critics had a point: the new model used the same engine and running gear as the ageing DB9, and the structure, too, had been carried over. But it’s not as though the DB9 was an unacceptable starting point, either structurally or mechanically. After all, how bad can a 5.9-litre V12 be — particularly one that pushes out almost 500bhp?

For Virage money there are other capable all-rounders within reach, such as the (coupé-only) Mercedes CL 63 AMG and the Bentley Continental GT/GTC, although neither has the sheer visual drama of the Aston or is quite as sharp to drive. The Mercedes SLS AMG has an ultra-fast dual-clutch gearbox and feels a little more solidly built, but again it isn’t as much fun on the road, and its refinement and comfort aren’t a match for those of the Aston. 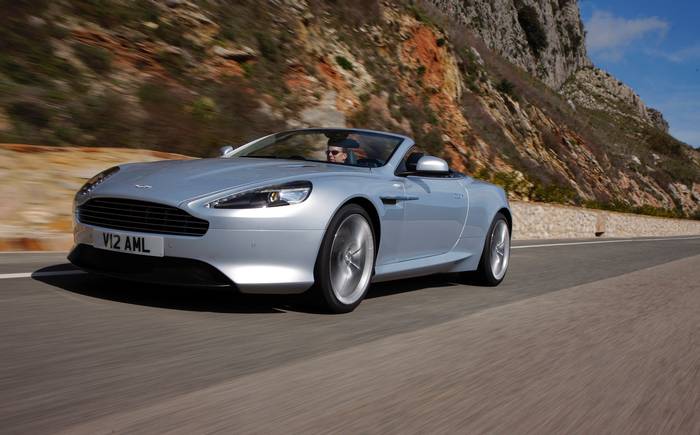 While the engine is a high point of the Virage, the lack of a manual gearbox is a low. Although Aston Martin is not alone in offering two-pedal supercars with no three-pedal option, the ZF torque-converter transmission of the Virage is hardly cutting edge. You swap ratios with a paddle, but the gearchange is neither as swift nor as smooth as in other cars with more up-to-date transmissions. With ceramic brakes as a standard fitting, the Virage at least has no shortage of stopping power, and its 10-setting adjustable suspension really does have a setup for every occasion.

So, while the Virage is not perfect, it is — as a machine that can be a sports car, a supercar or a grand tourer, depending on your mood — pretty much in a class of its own. The Volante’s fold-down hood is exceptionally well insulated meaning that most of the time it’s easy to mistake this car for the coupé from the inside when the hood’s up. 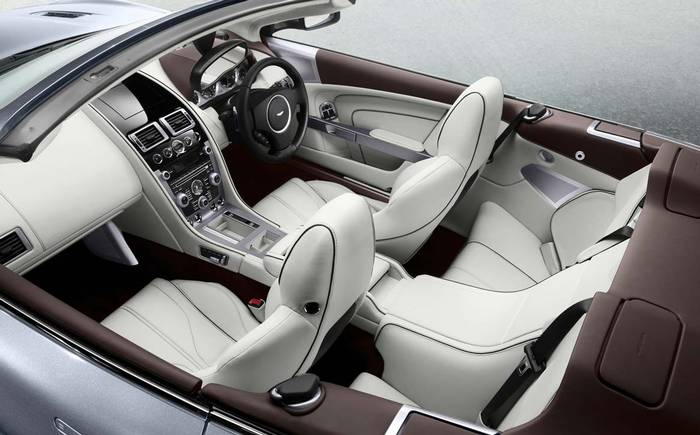 To the envious gawper the Aston looks sensational as it swishes by, and its interior isn’t far behind for beauty. It’s superbly finished, with expensive materials galore, and has an inviting layout and inspiring design. Less impressive is the seating: while the coupé comes as either a two-seater or a 2+2, only the latter configuration is offered to Volante (convertible) buyers, and those +2 are really too small for anything but luggage.

One area in which both versions score highly is specification: the standard kit is so comprehensive that you need concern yourself only with choosing the paint and trim colours. A factory-fitted tracking device is one of the few options that we’d recommend, so look out for a car equipped with it, because no matter how much you love your Virage, there will always be somebody who wants it just as much.

As you can see from the years it spans, this generation of Virage wasn’t around for very long, so the numbers in use are low, which makes it difficult to establish obvious fault patterns, particularly as the new-car warranty  means that in most cases emerging faults will have been quietly dealt with by Aston dealers. And as for factory recalls… reassuringly, there haven’t been any.

Looking to the Volante version’s cousin, the DB9 Volante,  shows that the mechanicals are not faultlessly reliable, but neither are they roguish, and in the three or four years since this Virage was introduced Aston has been able to iron out any obvious glitches. This, together with the fact that most examples cover modest mileages, means you can expect most  Virages cars to be pretty trouble-free.

The Virage is not the last word in state-of-the-art design, but on the positive side that also means it uses tried and tested mechanicals; the V12 engine is the long-serving unit of the Vantage model, and the automatic gearbox is the work of leading German transmission specialist ZF, so neither should hold any dark secrets, providing proper maintenance has been exercised – and at this end of the market that’s almost always the case.

Although low-volume-production cars such as this are exempt from crash-testing by Euro NCAP, the Virage is known for its sturdiness and is rammed full of the latest passive and dynamic safety technologies, including electronic assistance systems to ensure you don’t overcook things through the twists.