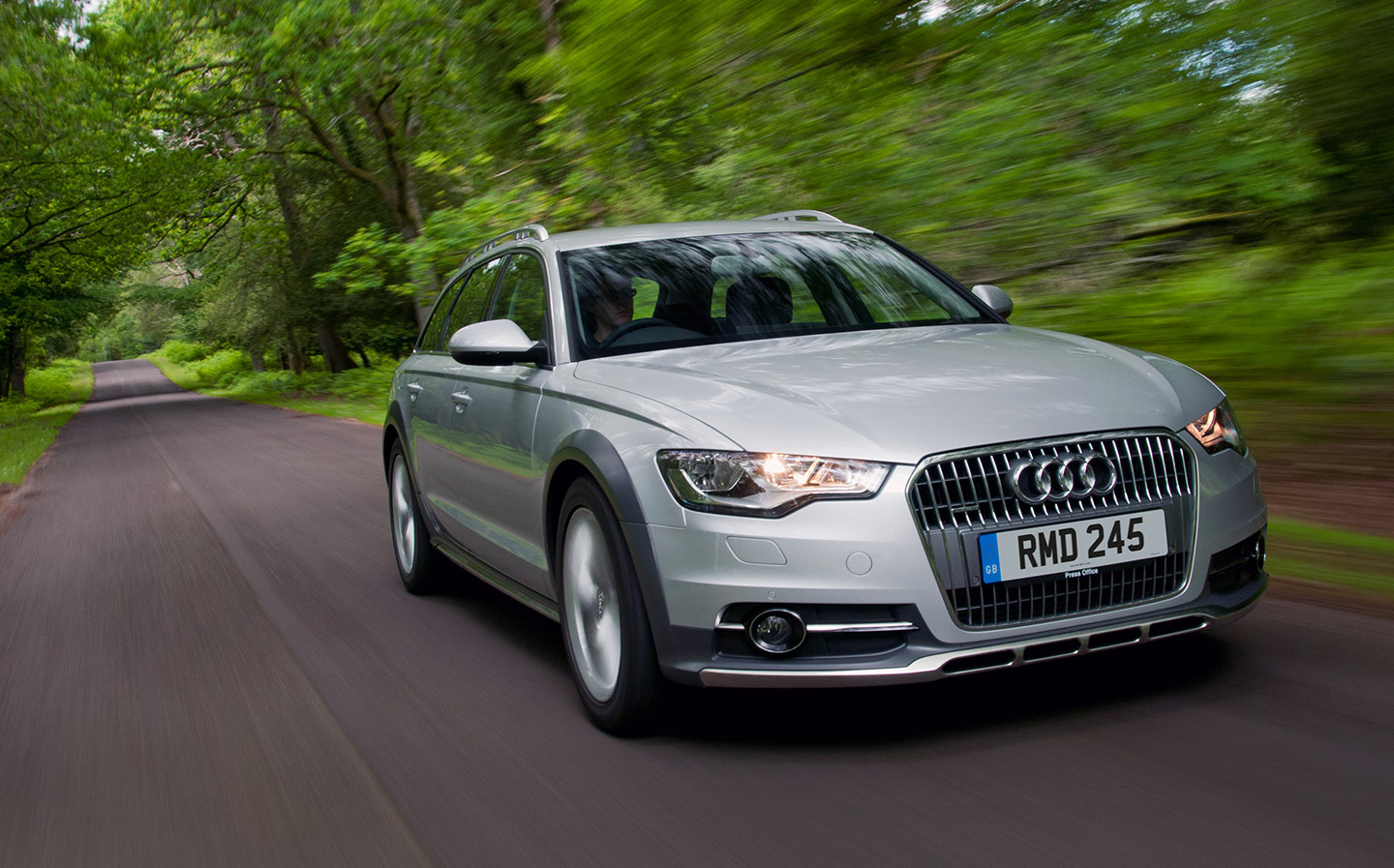 This article was appeared in Driving on November 3, 2013. It is reproduced as a tribute to AA Gill, who died earlier this month. Read Gill’s obituary here, his final piece for The Sunday Time Magazine here, and the eulogy from his friend Jeremy Clarkson here

LIKE A NORDIC saga, the legend of the trek north returns. Every year, as the sunlight declines and the wind sharpens, I turn my face to the vastness of the semi-detached nation beyond the wall. And consider a week of banging about in the heather, wearing absurd clothes, eating gobbets of minced wild thing in saturated fat, telling lies and keening maudlin ballads. And every year I borrow Jeremy Clarkson’s column to do it in.

The test is to drive from the King’s Road in Chelsea to the shores of Loch Maree in Wester Ross — a journey that, according to Google Maps, takes just over 11 hours — then to drive across the narrow width of Scotland to Cawdor’s grouse moor where my car must work as a four-wheel drive for a couple of days of partridge shooting. Then later to drive down to Edinburgh and back to London.

The round trip has become something of a classic for car dealers, manufacturers, PRs and motoring column aficionados. It has been dubbed, possibly by me, the Full McMonte Carlo. In past years we’ve left the Overfinch Range Rover in a Highland petrol station being beaten to death by a gamekeeper. The Porsche Cayenne had to be taken off the moor in an ambulance, the mechanic cheerily saying that it was the third he’d had in the back in a week.

And then last year it was a Toyota Hilux that made it there and back without incident or excitement but was so imperviously dull and unfriendly it defied comment. Except from the man who pulled up beside me in an apparently identical truck, gave it a long hard look and said: “I’m thinking of getting one of those myself.”

This year one German manufacturer withdrew in fright because it didn’t want to get blood on its car’s bonnet. What is the point of being a four-wheel drive if you’re frightened of getting a little gore on the grille? What is the point of being German? And then Audi stepped up. It didn’t flinch at the sight of claret. It was Teutonically staunch. Although what was left outside the front door was not what I expected.

The Audi A6 allroad 3.0 TDI quattro looks like a family shooting brake, albeit a slightly more elegant one. It has that Audi discreet styling that makes it the brand of choice for chubby rock stars and hedge fund plutocrats whose other cars really are Porsches, Bugattis and Ferrari Spiders.

The simplified Olympics-style ring motif is the symbol of understated power. Like walking into a room of men in suits: if you want to know who is the boss, he’ll be the one without the tie. But Audi claims this is a real “pushmi-pullyu” car. It will push you up a mountain and pull you along a motorway. It’s comfortable and sleek enough for the city and butch and gutsy enough for the trenches.

Now most makers of 4x4s understand they’re selling to men and the fantasy is the off-road bit. It’s not the school run or the weekly shop at Sainsbury’s. It’s guns, boots and wet labradors, and duct tape. So they sell the cars as countrymen who can just about manage in the city rather than city wonks who get out to Gloucestershire for a couple of festivals.

They’re marketed as Bruce Willis who cleans up nice. The allure of a four-wheel-drive off-roader is what it says about the man waiting outside Marks & Spencer. He’s ready for when the city gets taken over by zombies. He’s prepared if Bear Grylls asks him for a lift. And when the earthquake decimates Tooting Bec, he’ll make a break for Wandsworth Common.

Audi has done something different: it’s gone about it the other way round. This car emphasises its sophistication. It’s sotto voce. Unblinging. It’s not packing. This is a cerebral, urbane vehicle that will make polite small talk in the National Theatre garage. It is Angelina Jolie who if necessary can swim through rivers, traverse cliffs and rip the bad man’s face off.

All 4x4s are transvestite motors, so you can either choose one that looks like Arnold Schwarzenegger in make-up and a dirndl, or you can go for Charlotte Rampling in an SS cap and braces.

At five in the morning I set the sat nav for north and pointed the purring diesel towards the A40. I say I . . . but like the first winner of the Peking to Paris endurance race who accepted the trophy but supposedly had his mechanic drive the whole way, I shared the driving with Tom Craig, my photographer. I say share . . . but I do the tricky bit. I’m in charge of the computer. Which, let me tell you, is far harder than any of the mechanics. 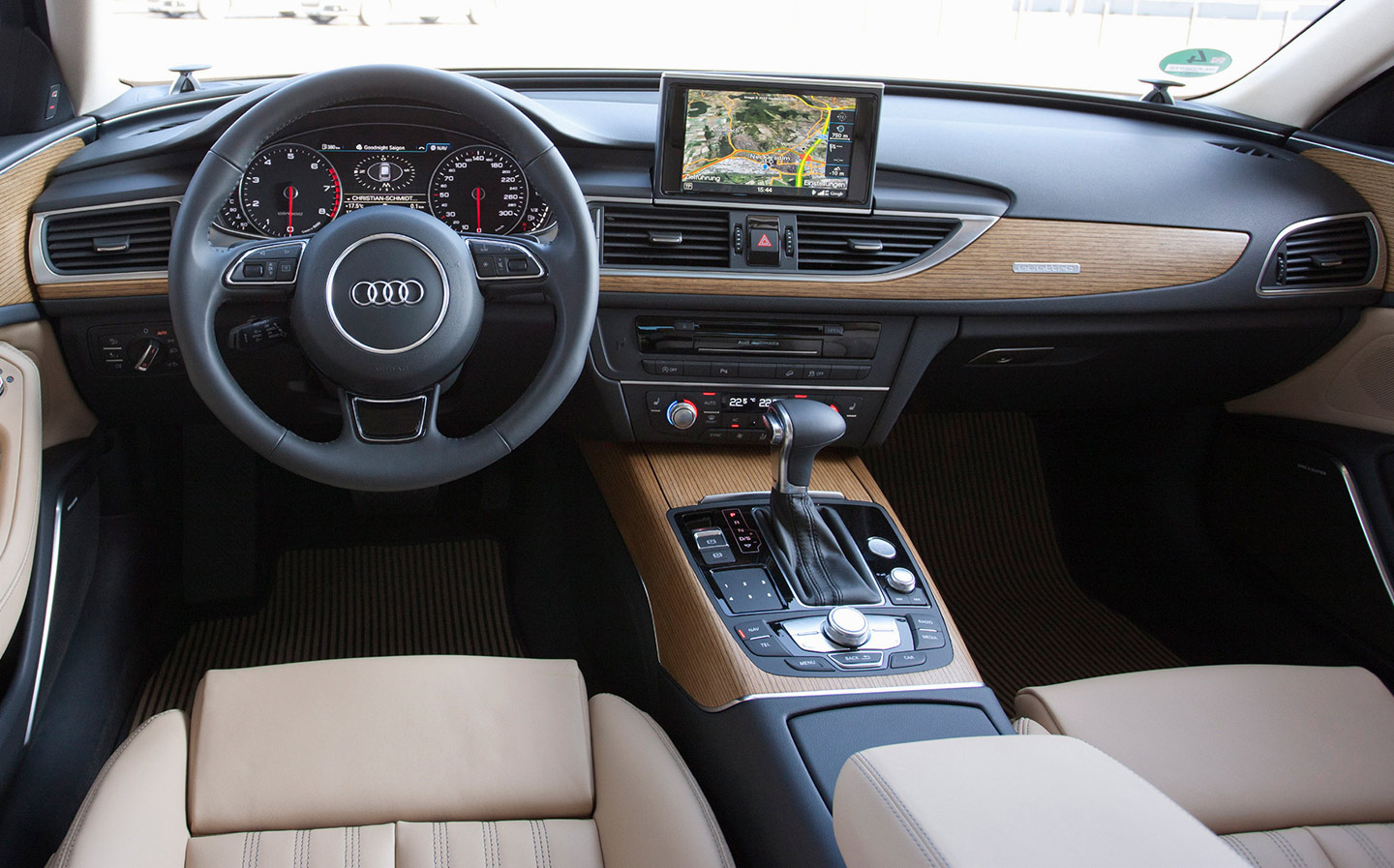 The only people who could work this dashboard-entertainment-navigation-infotainment-ergonomic-pyschobabble system would be people too young for a driving licence and too short to reach the pedals. It’s like your phone with obsessive compulsive disorder and a Hanoverian sense of decorum and manners. We’d reach the Lake District before I managed to stop the map telling me where the nearest undertaker, accountant and hairdresser were.

It does, though, have a head-up display that projects the next turn and your speed onto the windscreen, which I like because as a dyslexic simply being told left or right by a polite lady-voice is going to be only 50% helpful. Mind you, I do tend to think, “We are travelling at 48 miles per hour” when we’re in fact doing 84mph.

The steering wheel is a barnacle of buttons, switches and toggles. There are three ways of changing gear, or you can not change it at all, ever. I did take a look at the manual on a boring bit of the M6 but, frankly, what human has read a car manual? Certainly none has written one.

We made Loch Maree in less than 11 hours. Then on reaching Cawdor’s grouse moor the Audi slipped into the file of green Land Rovers like Jane between the gorillas in a Tarzan film. I had no idea how to raise the ground clearance — 11 hours of screaming, beating and torturing the dashboard had failed to elicit the instructions. They’re tough, these Audis. I needed a German.

Luckily there was one right next to me. Christof spoke to it in its native language and said there was no dishonour in telling the English bastard how to lift its skirts up. After that it performed just as well as the muddy thick-wheeled yokels. Even fording the River Findhorn with water splashing its headlights while the Scots took bets on who’d have to fetch the tractor to get it out. It swam through with a pert insouciance. A sleek Angelina Jolie. 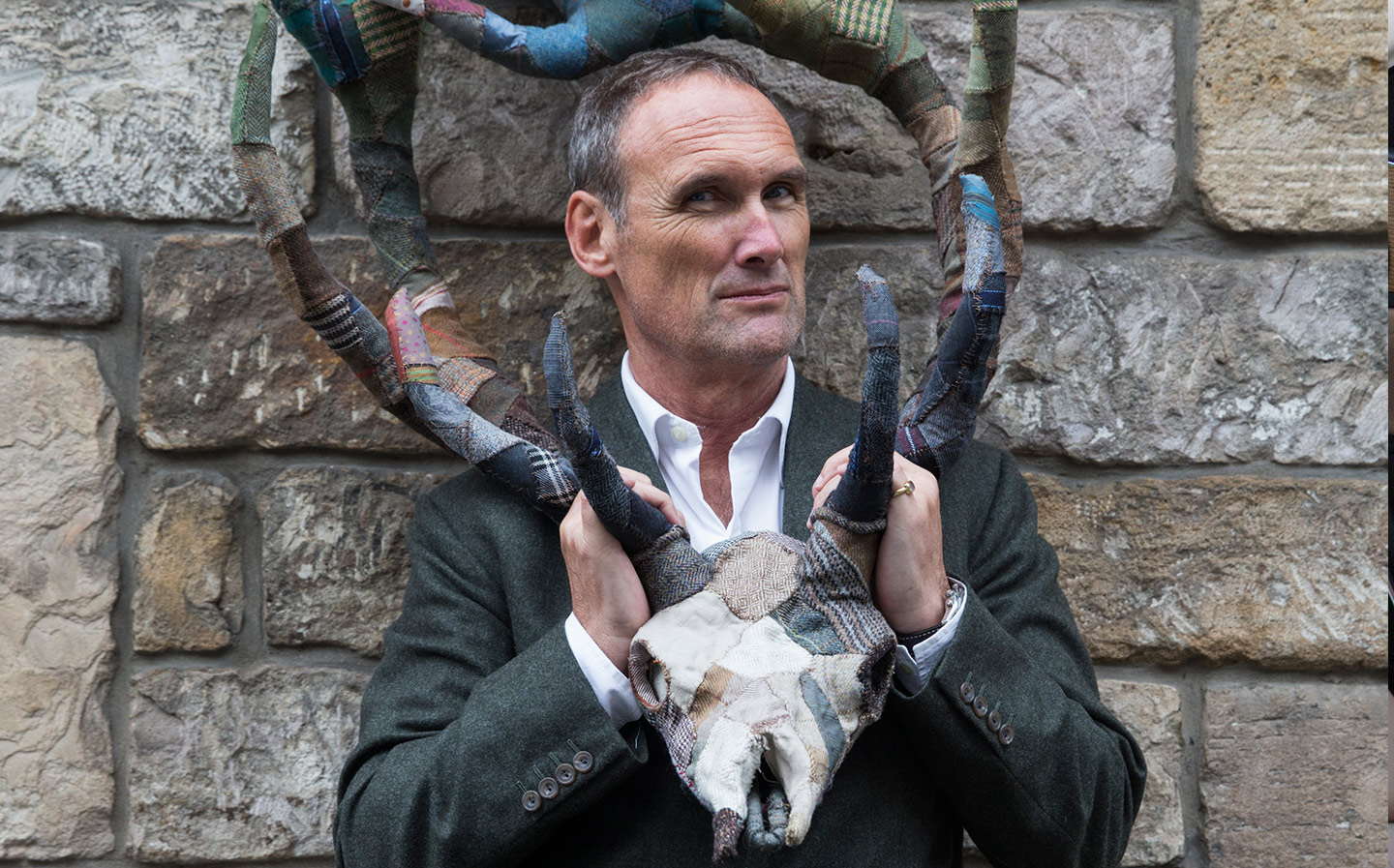 On the way back via Edinburgh I did drive. The diesel engine is quiet and surprisingly powerful. It’s responsive but not in the frightening, steroidal, muscled way the Porsche was. Or in the slow palm-spitting way the Toyota was. But exactly right. I never felt it would run away with me on the motorway or suicidally lose it on a corner. It’s fast but never in a hurry. Lithe but not flighty. A sticker, not a bolter.

By the time we got to Chelsea I really didn’t want to give it back. This is the first McMonte motor I’ve wanted to keep. And I had to fill the tank only 2½ times.

There was just one thing, though, one of those things that starts off being a little bit kooky and ends up being grounds for divorce. The boot. It’s not the size — I’m not sizeist about boots. It opens itself with just a touch. Who could ask for more? But it closes itself slowly with another touch of the lady-button, and that’s really annoying. When you’ve packed the back with death and muck and wet Gore-Tex, a chap wants to slam a boot with satisfaction. It’s a man thing. The thud of applause for a really good bit of bloke-packing, and it won’t let you. And that’s just a step too girlie.