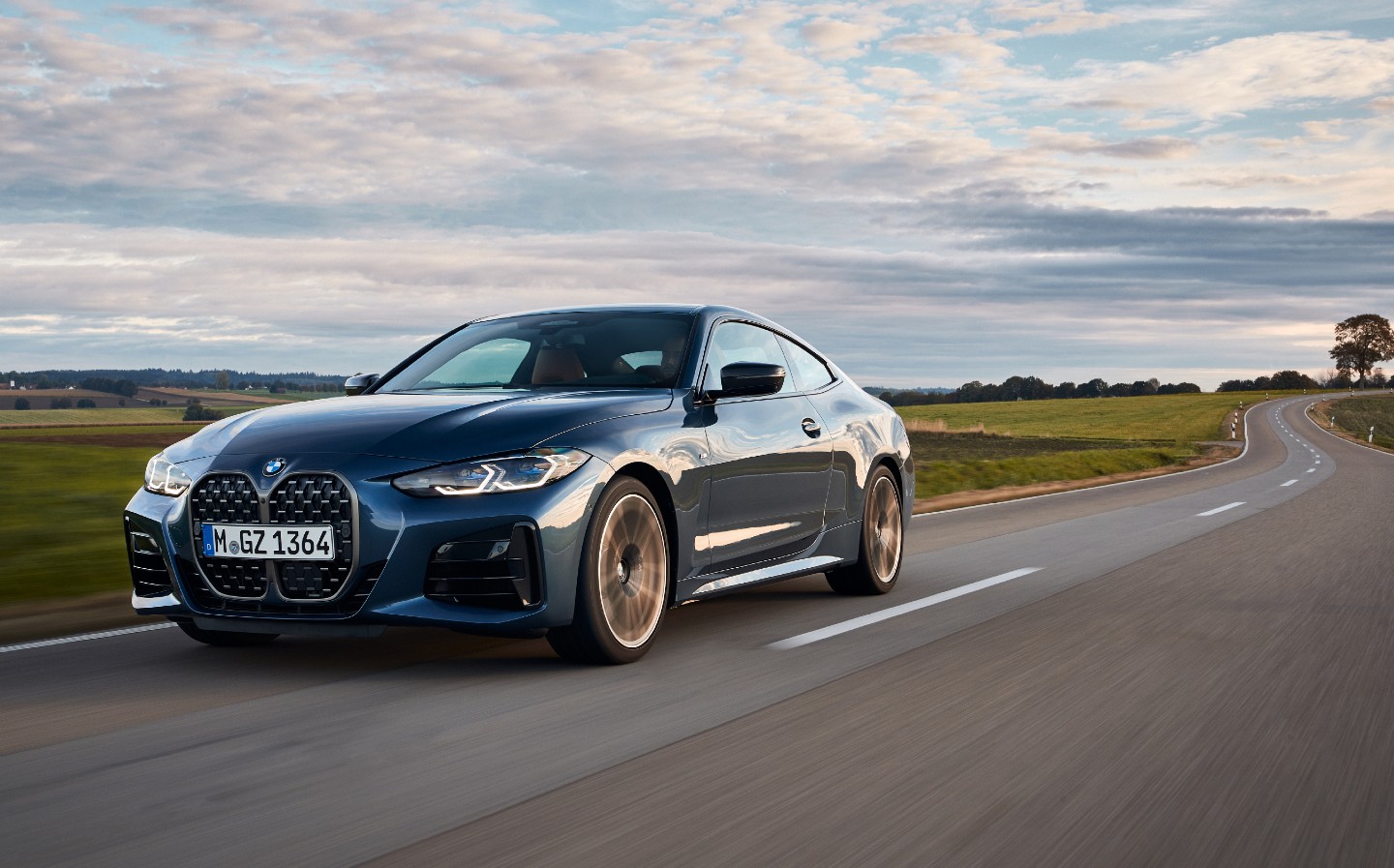 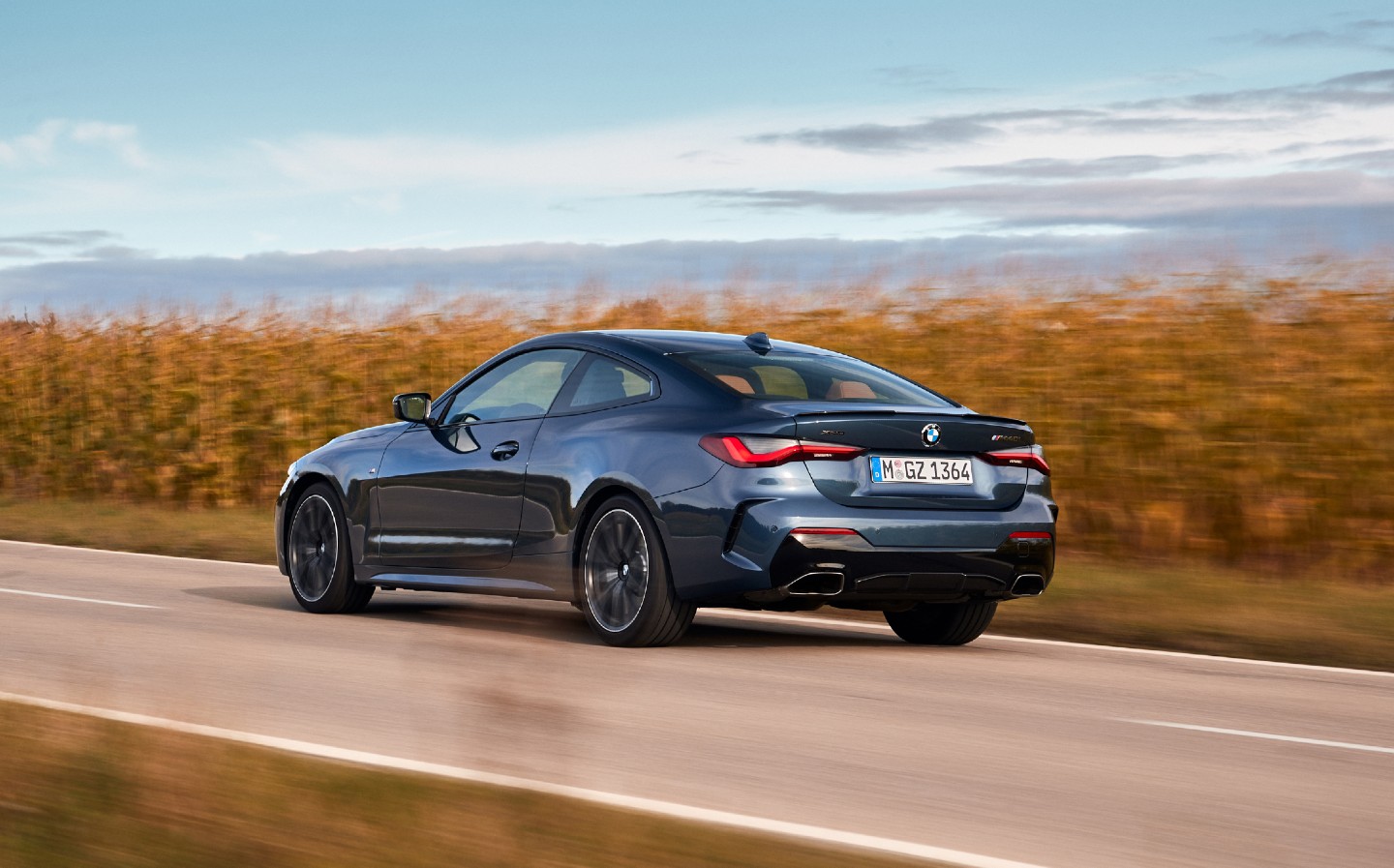 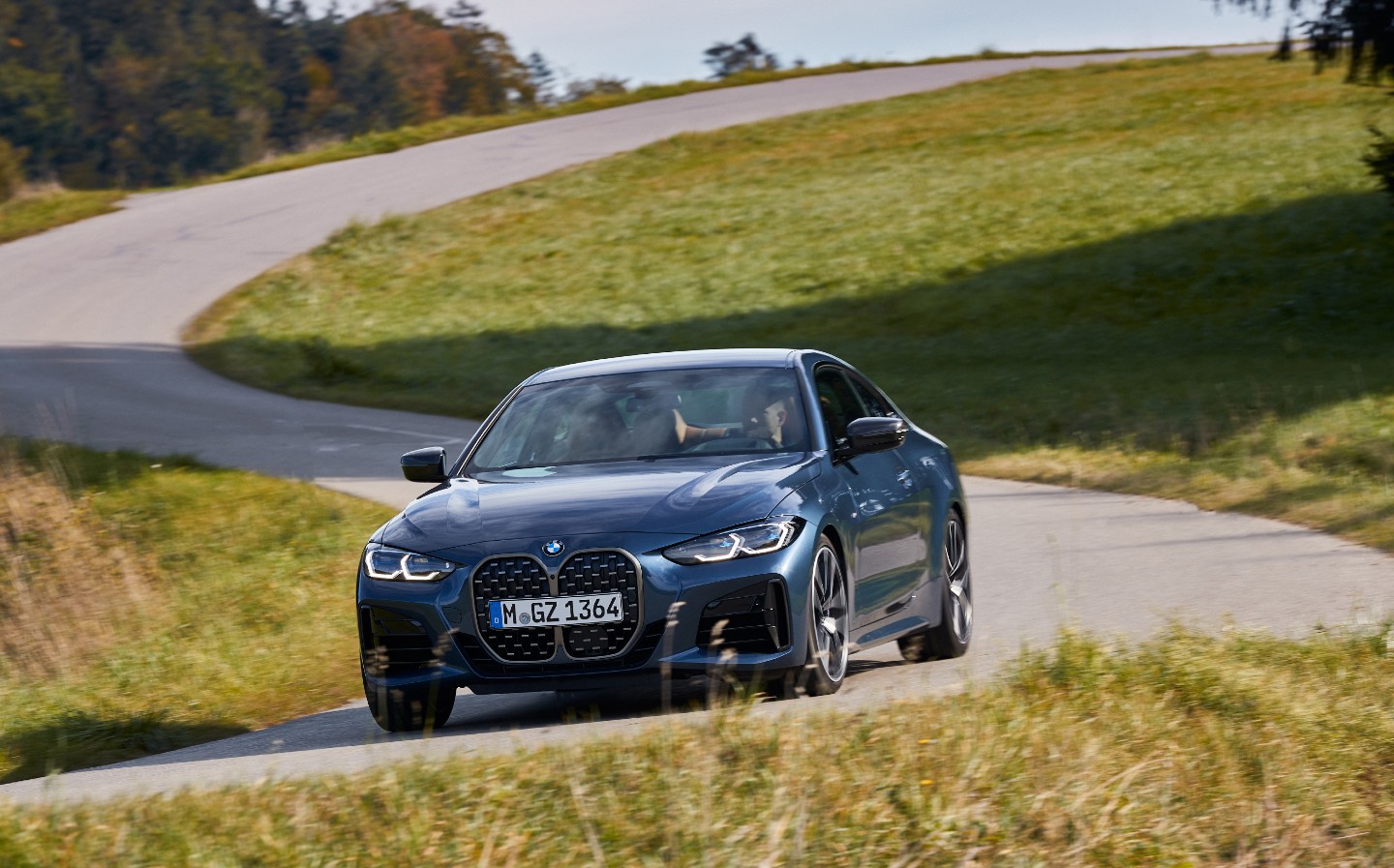 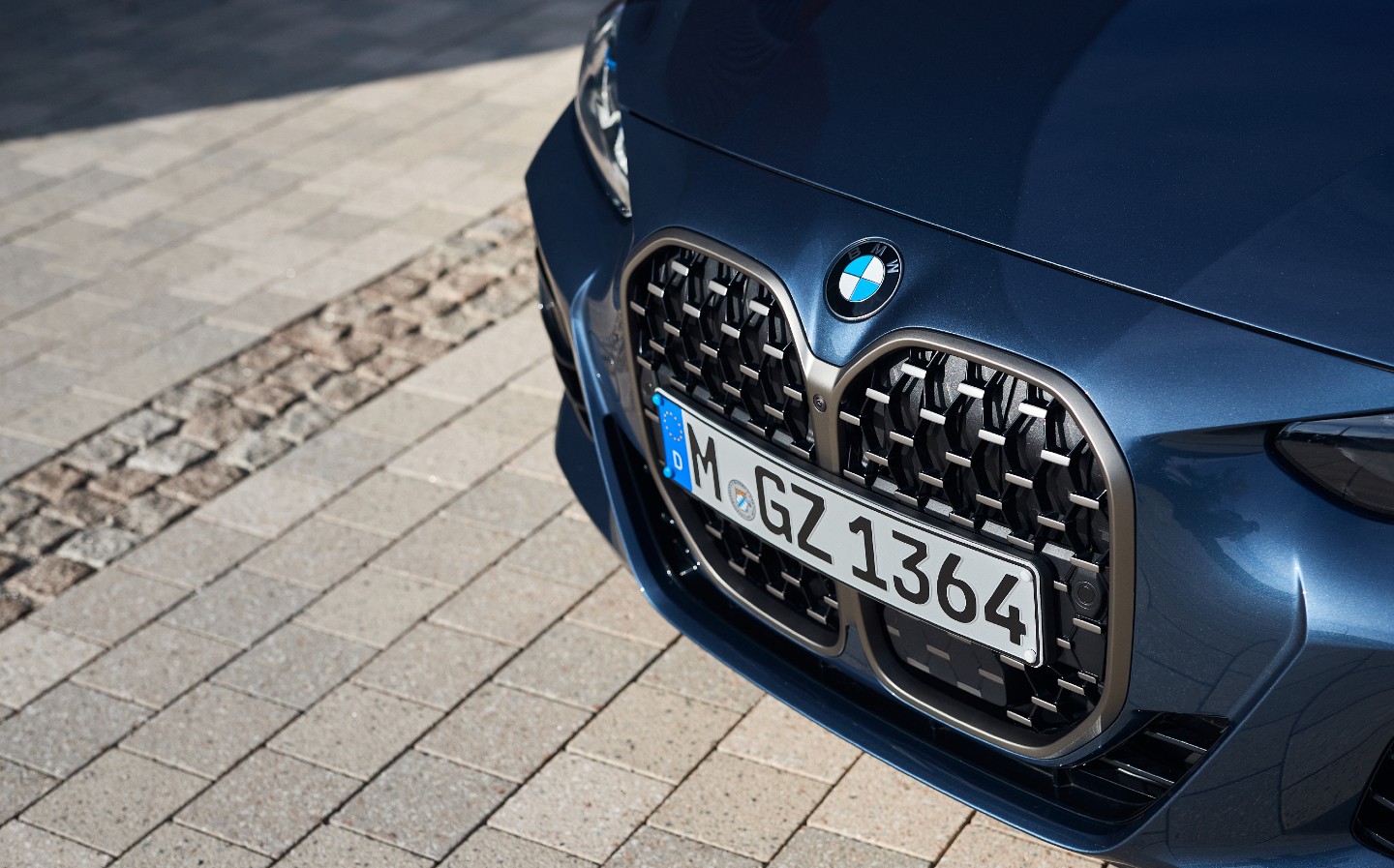 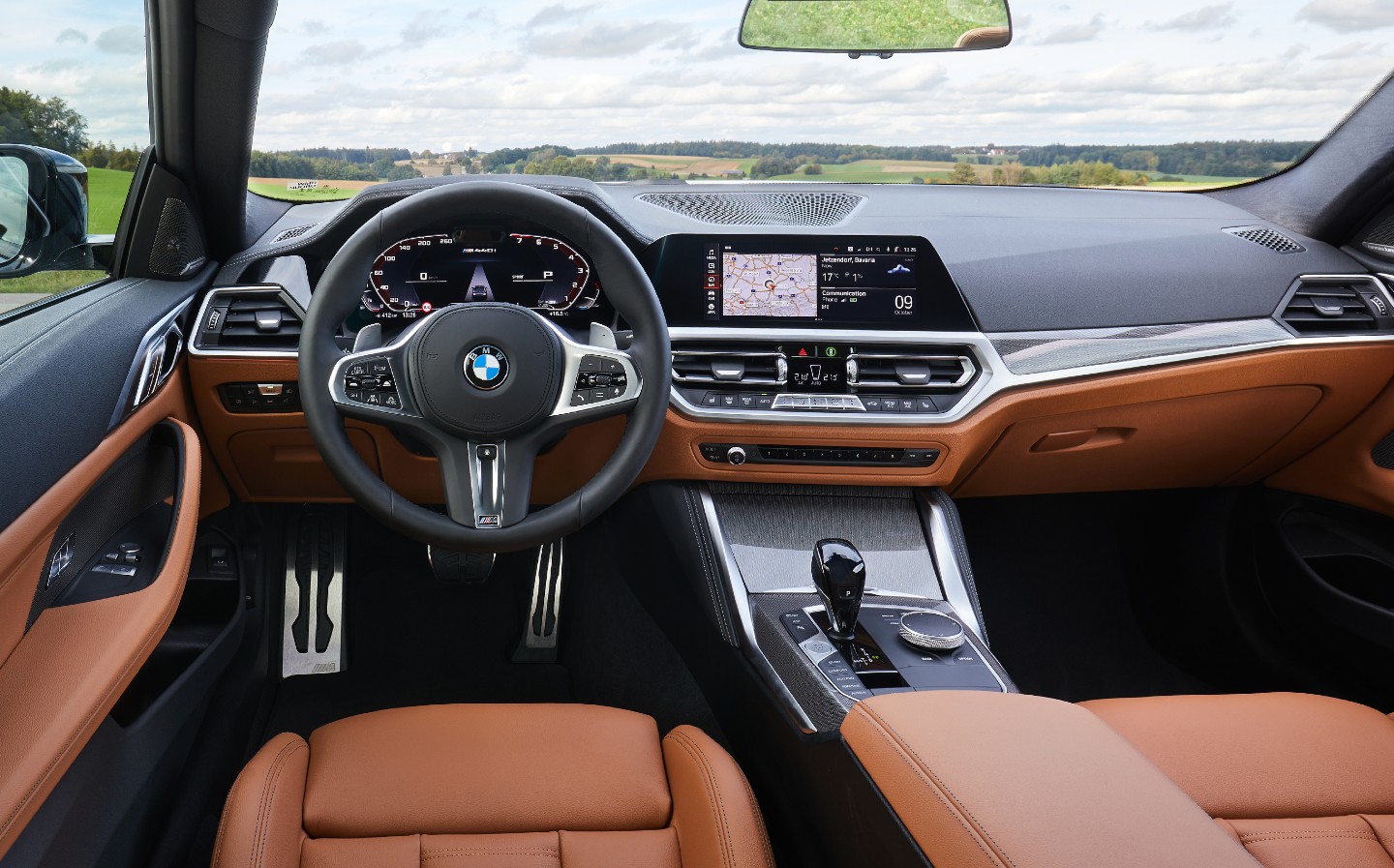 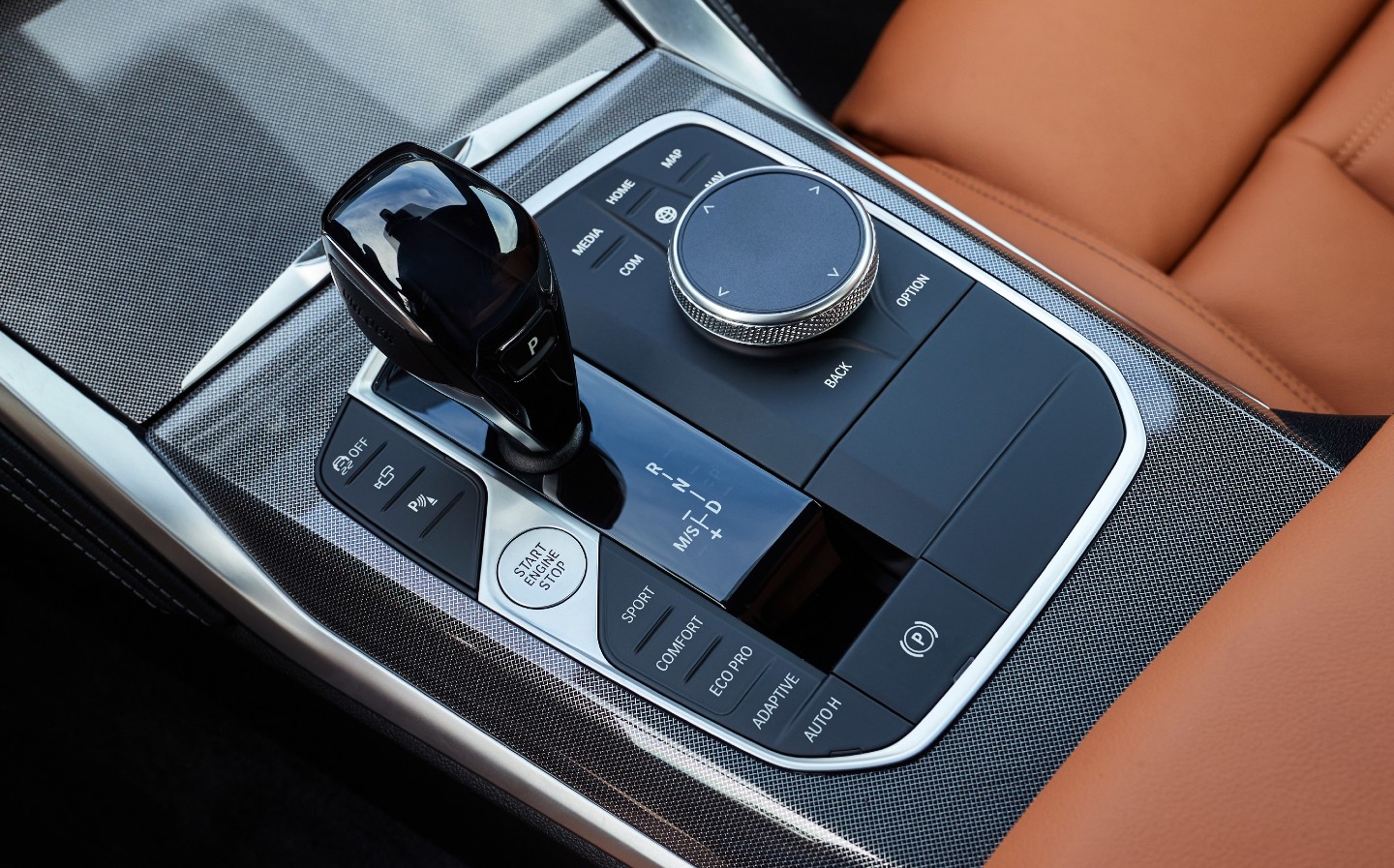 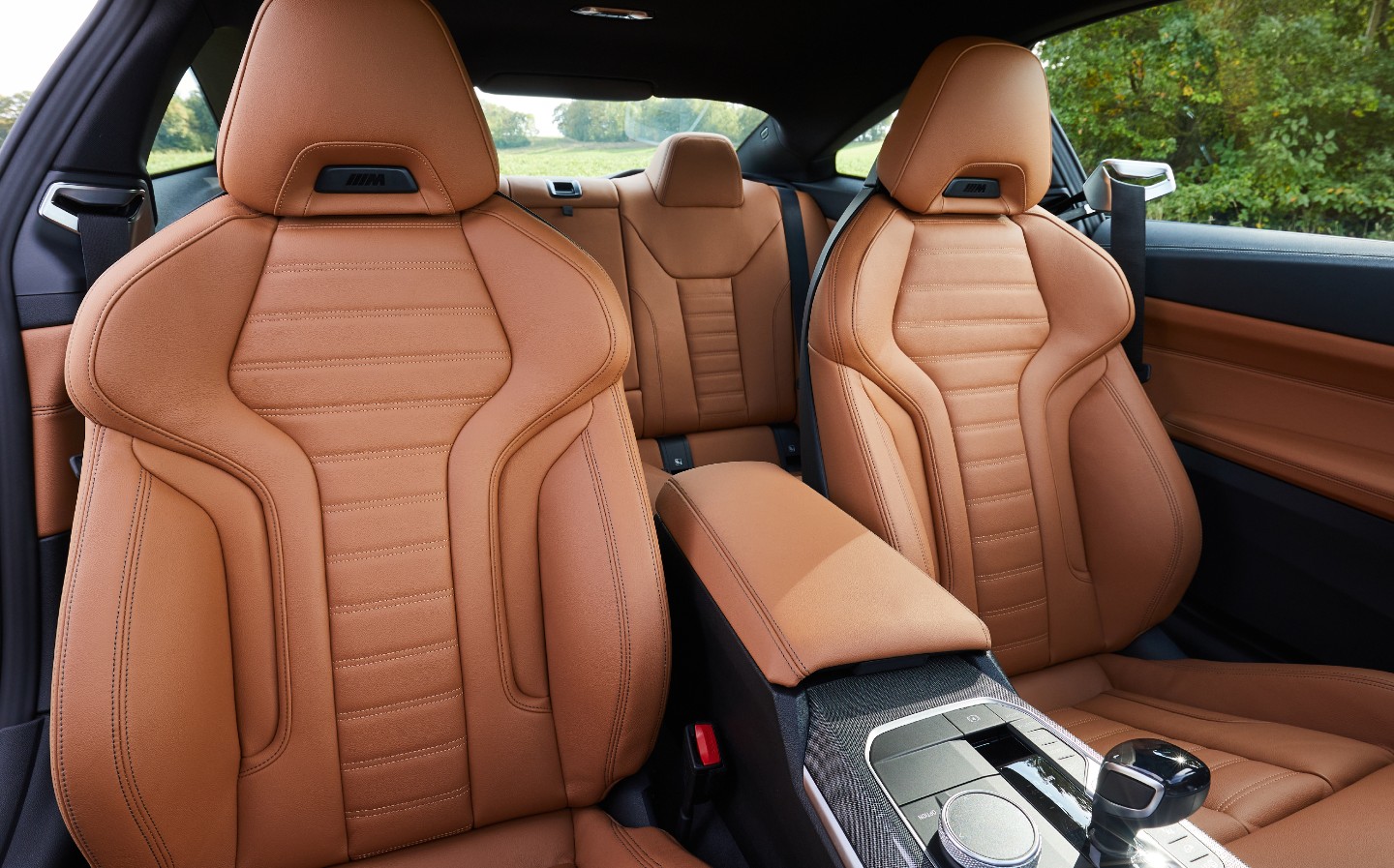 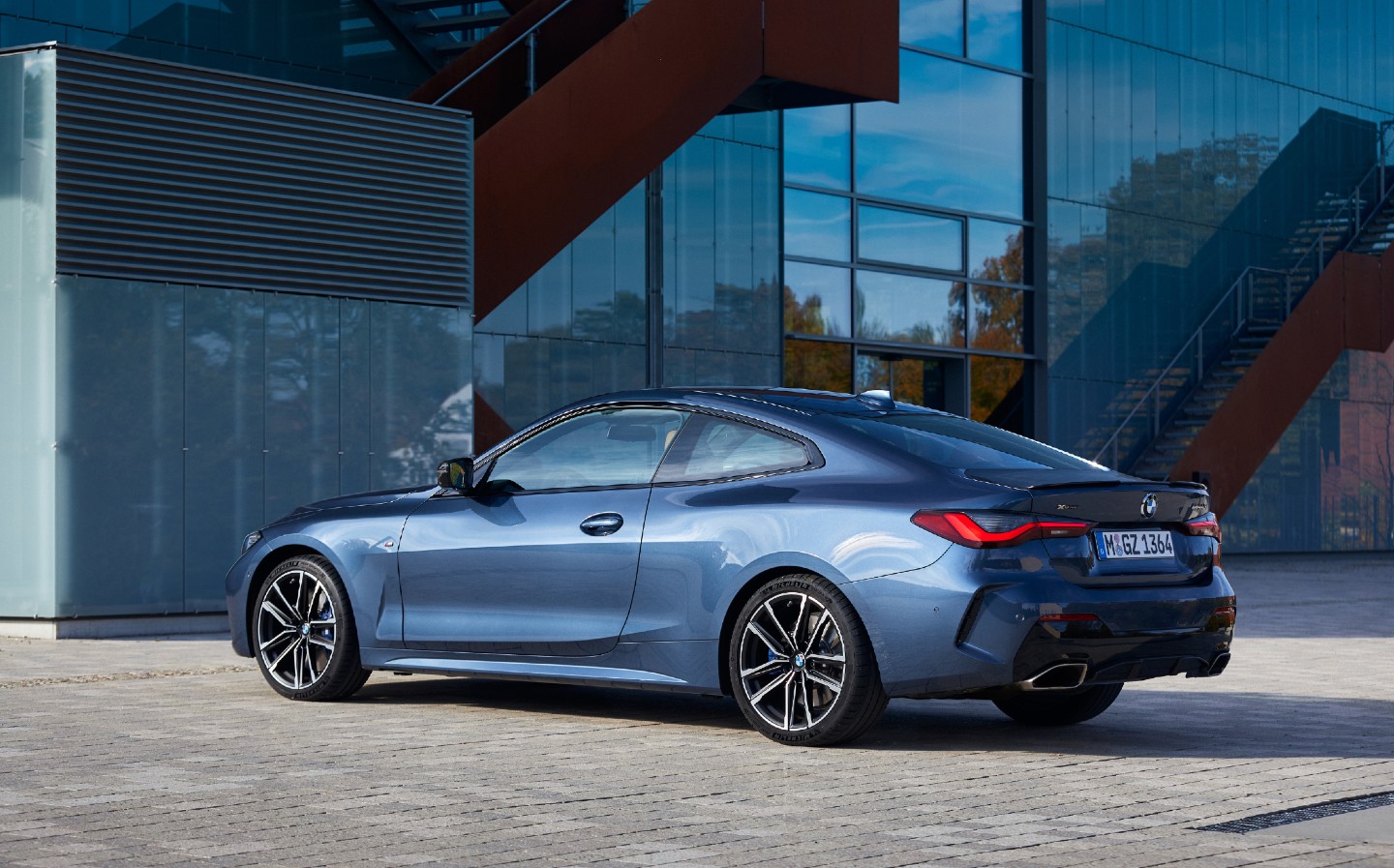 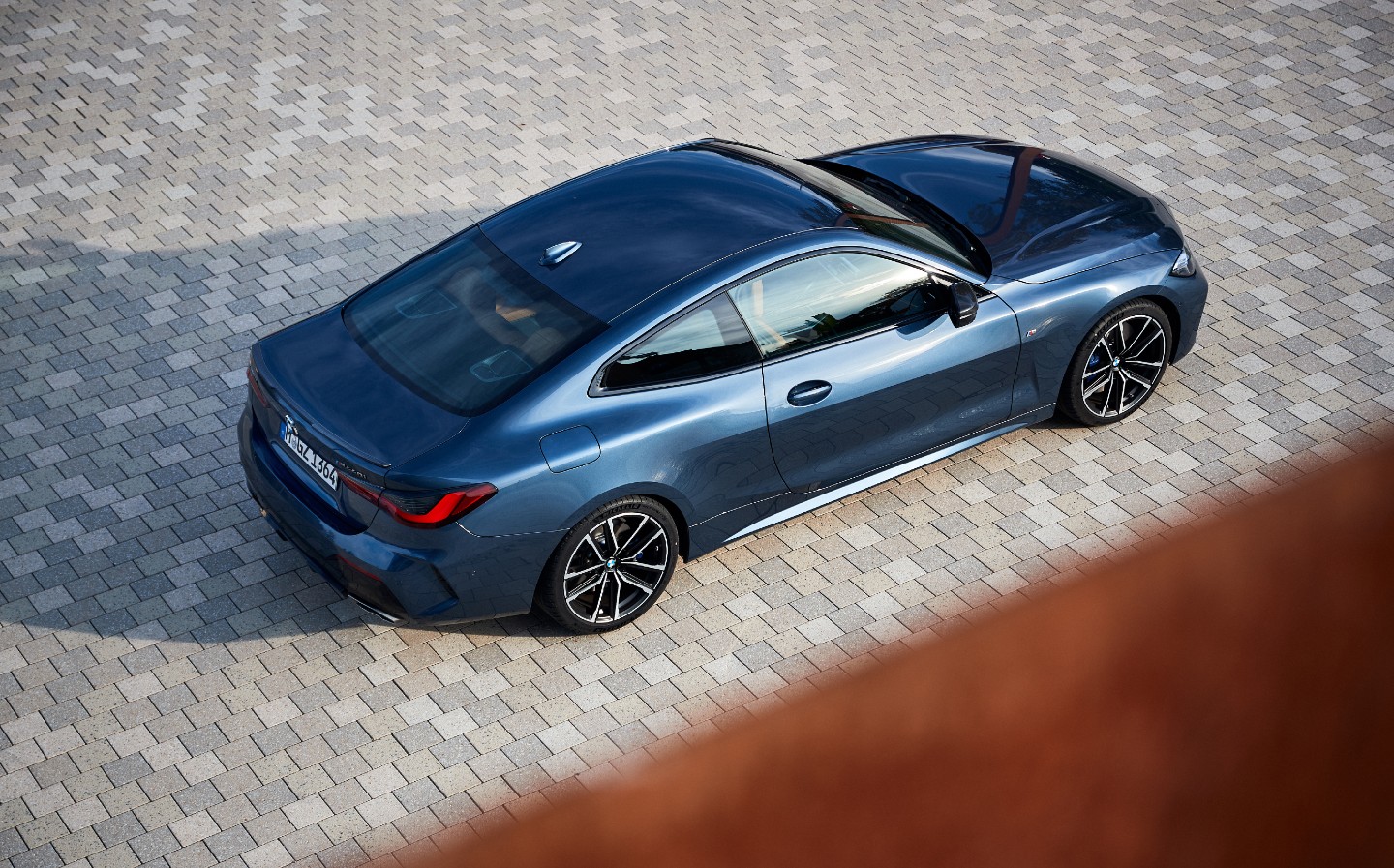 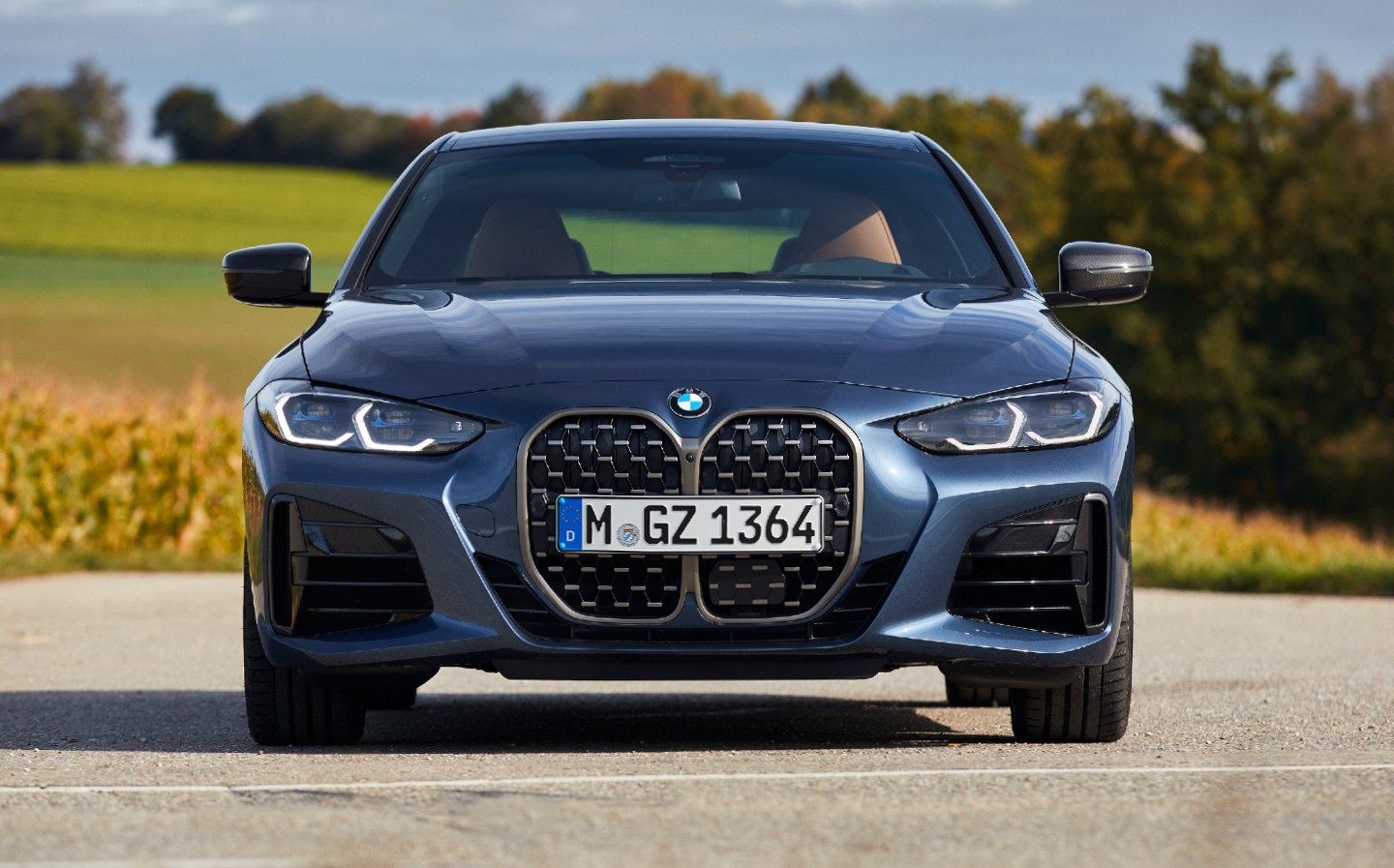 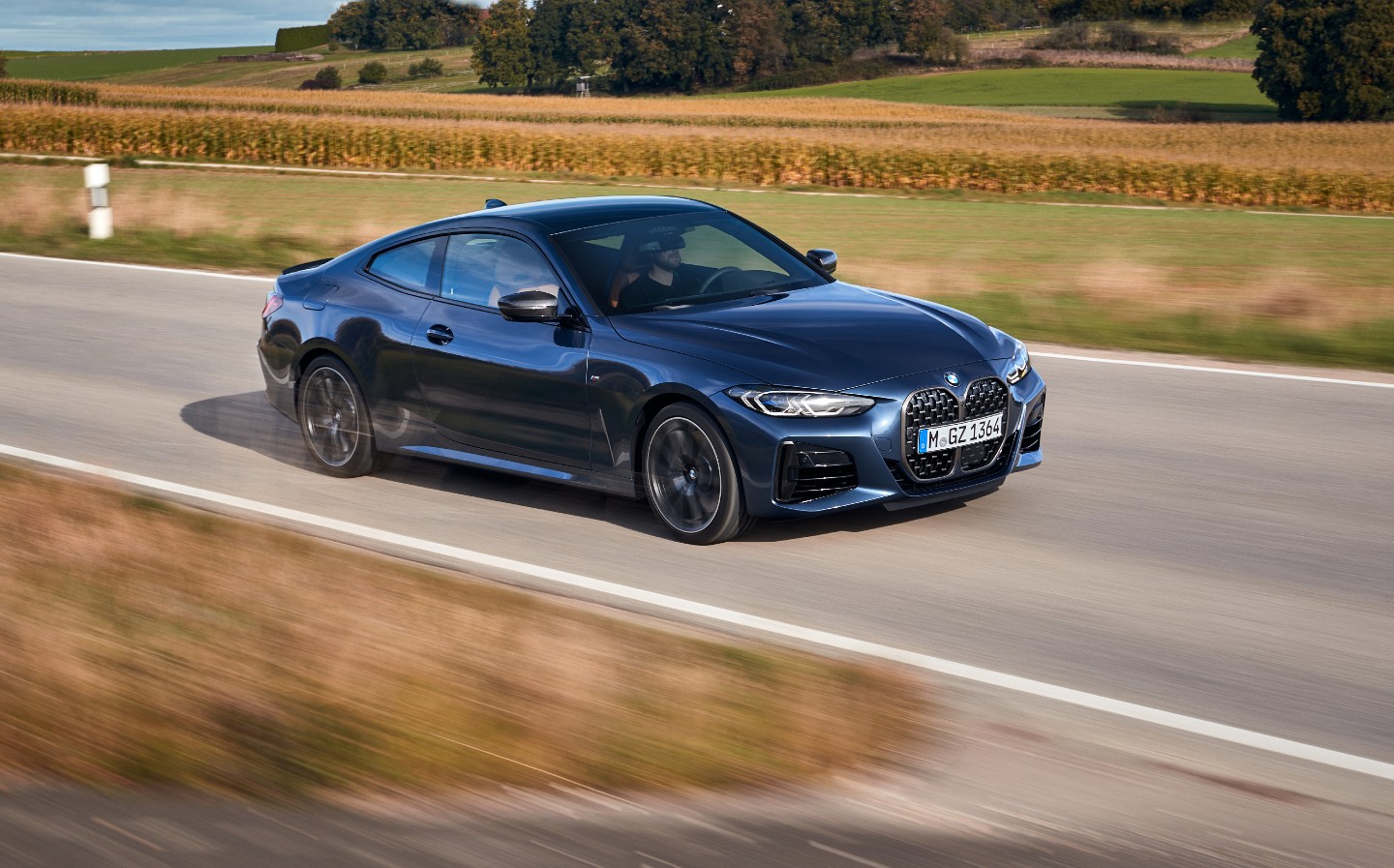 LET’S ADDRESS the mole-rat in the room straight away: the new BMW 4 Series’s prominent kidney grille, designed vertically rather than horizontally, lends the car a somewhat toothy aesthetic. It looks like a pair of incisors scrape the asphalt at the front of the car and, as with all BMW grilles these days, they’ve got people talking.

That’s the point, of course. Whether you think they’re hideous or gorgeous, you can’t ignore them. BMW calls it a “bold” design, intended to differentiate it as much as possible from the 3 series on which it’s based. 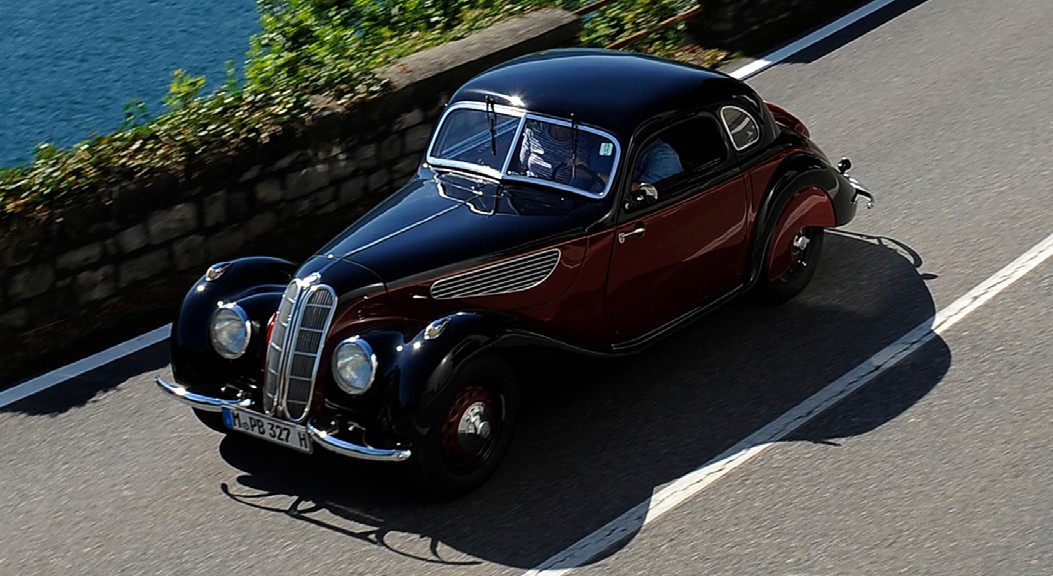 And if you look back at the early 3 Series, their grilles are vertical, too. All of these are attractive cars.

And arguably it’s a more successful application than the wider grilles on the 1 Series, X5, X7 and 7 Series, which dominate the front of those cars. BMW will tell you that in the markets that matter – China and the USA (where a front number plate isn’t required, giving the 4 Series its full toothy effect), bigger is always better.

To my eyes, though, the 4 Series’s version could do with being about 10% smaller and having a gap between the left and right openings, rather than being squeezed together, but it’s possible the design is a grower. Like BMW grilles themselves.

Move around the side of the 4 Series and the car becomes classically easy on the eye – it has a gorgeous profile, with frameless windows and a roofline that is more flowing than on the previous model. The rear end is nicely proportioned, too, with a short overhang, slim light cluster and muscular haunches.

And those rear wheel bulges are a signal that the 4 Series means business when it comes to performance and handling. Under the skin, it did start off as a new 3 Series, which is no bad thing at all, but there have been substantial changes to make the 4 a much sportier proposition – pushing the rear wheels apart by 23mm was one of the major changes. It’s also 57mm lower than the 3 Series, which moves the centre of gravity nearer the ground by 21mm.

Aerodynamic lift at the rear has been reduced, the front negative camber has been increased, the suspension is stiffer than on the 3 Series, with dampers tuned accordingly. And the steering and brakes have been tuned, too. So this isn’t just a 3 Series in Lycra – it has proper performance upgrades, like transplanting Usain Bolt’s legs onto Jeff Bezos.

The new 4 Series is wider, even, than the one it replaces. It’s longer, too, by a full 128mm, and the axles have been pushed apart for an increased wheelbase of 41mm. In other words, it’s big car.

And it felt it on the roads around Munich, with the driver side a little too close to the centre line for comfort on Bavarian B-roads. But my god does it feel good when you get a clear stretch with flowing twists and turns, particularly in the range topping M440i, which has a deftness to the steering – a precision normally associated with the best sports cars – as you soar from corner to corner.

If I have a criticism of steering feel, it’s with the wheel itself, which is too thick for my liking – thinner steering wheels seem to be less cumbersome in your hands, and so appear to be more accurate – whether true or not.

The M440i’s straight six cylinder petrol motor is married to a 48-volt mild hybrid system (as are all the diesel models), which improves the responsiveness of the car to presses of the accelerator and adds an extra 11bhp, for a total of 369bhp, though unless you were told you wouldn’t know there’s an electric motor in the mix, helping perform some of the heavy lifting – it’s a seamless power delivery and across a wide rev range, making overtakes effortless whatever the speed.

The hybrid system also doesn’t add much weight to the cars, though the range-topping 4 Series couldn’t be called a flyweight as it tips the scales at around 1.8 tons. That means you do feel the mass shifting around when pressing hard but because of the M440i’s ample performance, stiffer chassis, tuned suspension, stability control systems and stellar four-piston vented front brakes, it is a superbly nimble car that enjoys being driven briskly.

There’s also a confidence in doing so, thanks to the fact that it comes with xDrive four-wheel drive, though being a BMW there’s a rear bias to the power delivery, meaning it can be provoked into a little liveliness at the rear end should you want it.

The other options available to buyers include two rear-wheel drive petrol models, the 420i and 430i, which share the same two-litre, four-cylinder motor but tuned to 184hp or 258hp respectively, or a 190hp four-cylinder diesel 420d that comes with or without xDrive. Thanks to the mild hybrid system, the 420d is by far the most frugal (see below), though the rear-drive model attracts a price premium of more than £2,500 over the 420i.

All come with BMW’s 8-speed Steptronic automatic transmission, which is lightning fast and seems to know exactly the right gear for every situation. It’s like having a psychic link with the gearbox.

If you want to add a bit of pep, try the new M Sport Pro package, which makes its debut on the new 4 Series Coupé. It adds a Sprint function for additional bursts of speed and a sportier engine soundtrack in the cabin when Sport mode is activated.

All the models get high specification as standard, of course – too much to mention here, but it should be noted the 4 Series comes with the new Operating System 7, with much more accurate cloud-based mapping, connected music and the voice activated BMW Intelligent Personal Assistant. Basically it’s like Alexa, and will turn on heated seats, etc., even working out whether it’s the driver or passenger making the request.

The cabin is classy and very well bolted together, as you’d expect. The seats are excellent and the six cylinder exhaust note of the M440i makes itself known in the cabin though, the soundtrack isn’t overly in-your-face

Ultimately, though, the 4 Series is a car aimed at drivers who want more engagement than the 3 Series offers, and it’s the mechanical updates that really make the car fulfil that role. It’s a peach for commuting, grand touring or a sporty B-road blasts, which suits the target 44-55 year-old customers, though working mums and dads can’t be accused of being selfish when buying this car as there are still decently-proportioned seats in the back (seriously, it’s impressive for a car of its class).

Brits can’t get enough of that combination – we’re the second biggest market in the world for 4 Series, ahead of even China. I can’t see that changing with the new model.