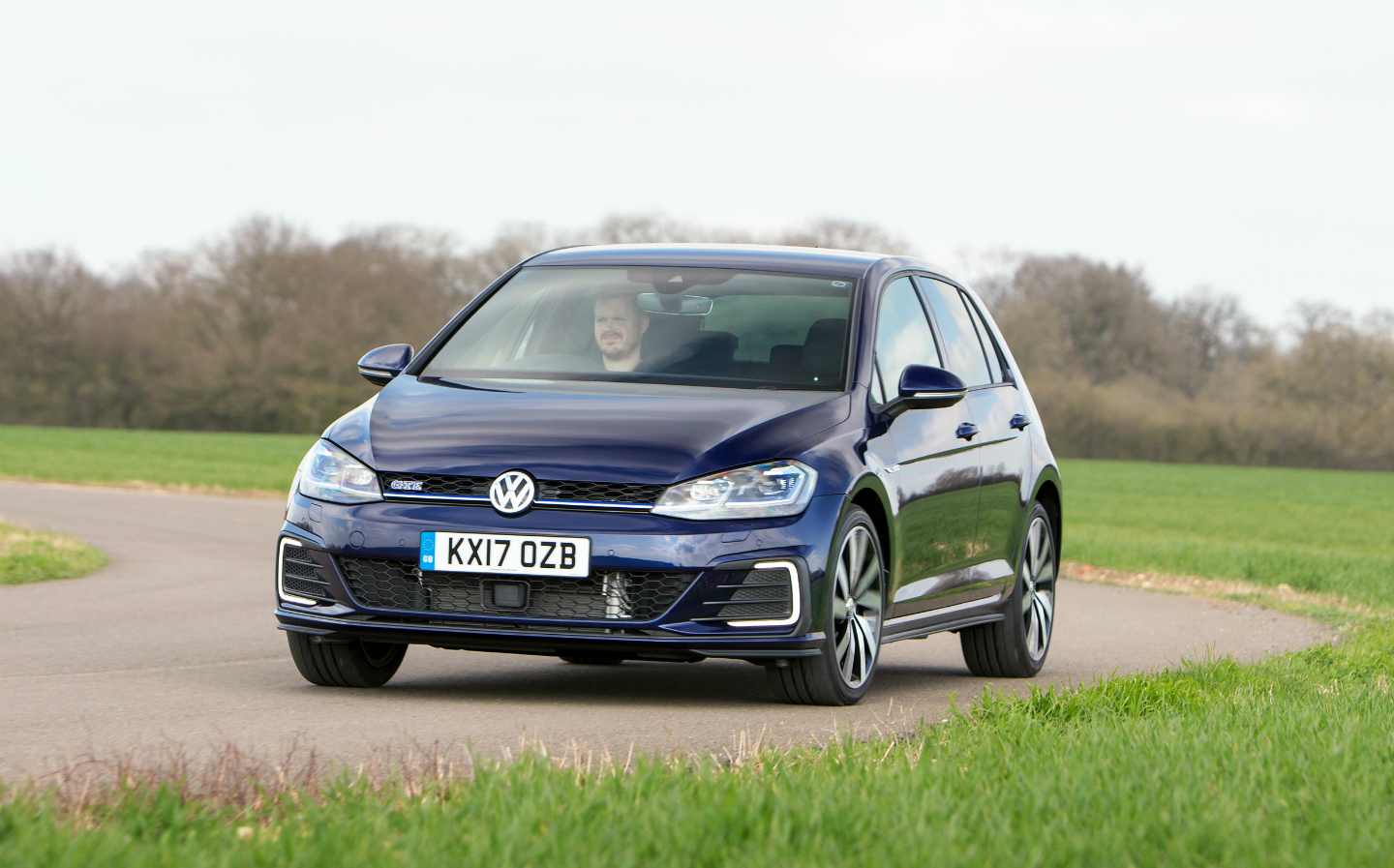 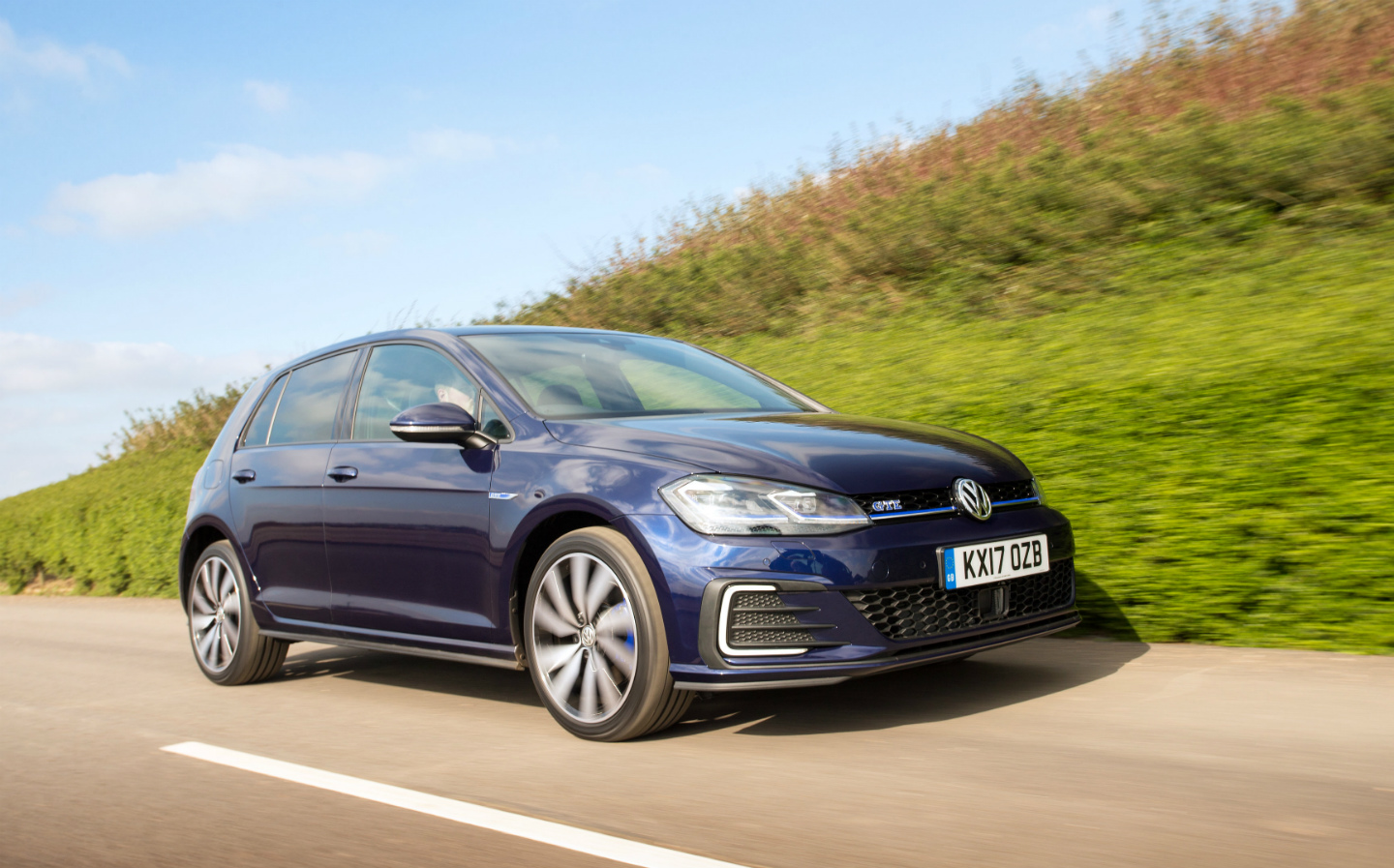 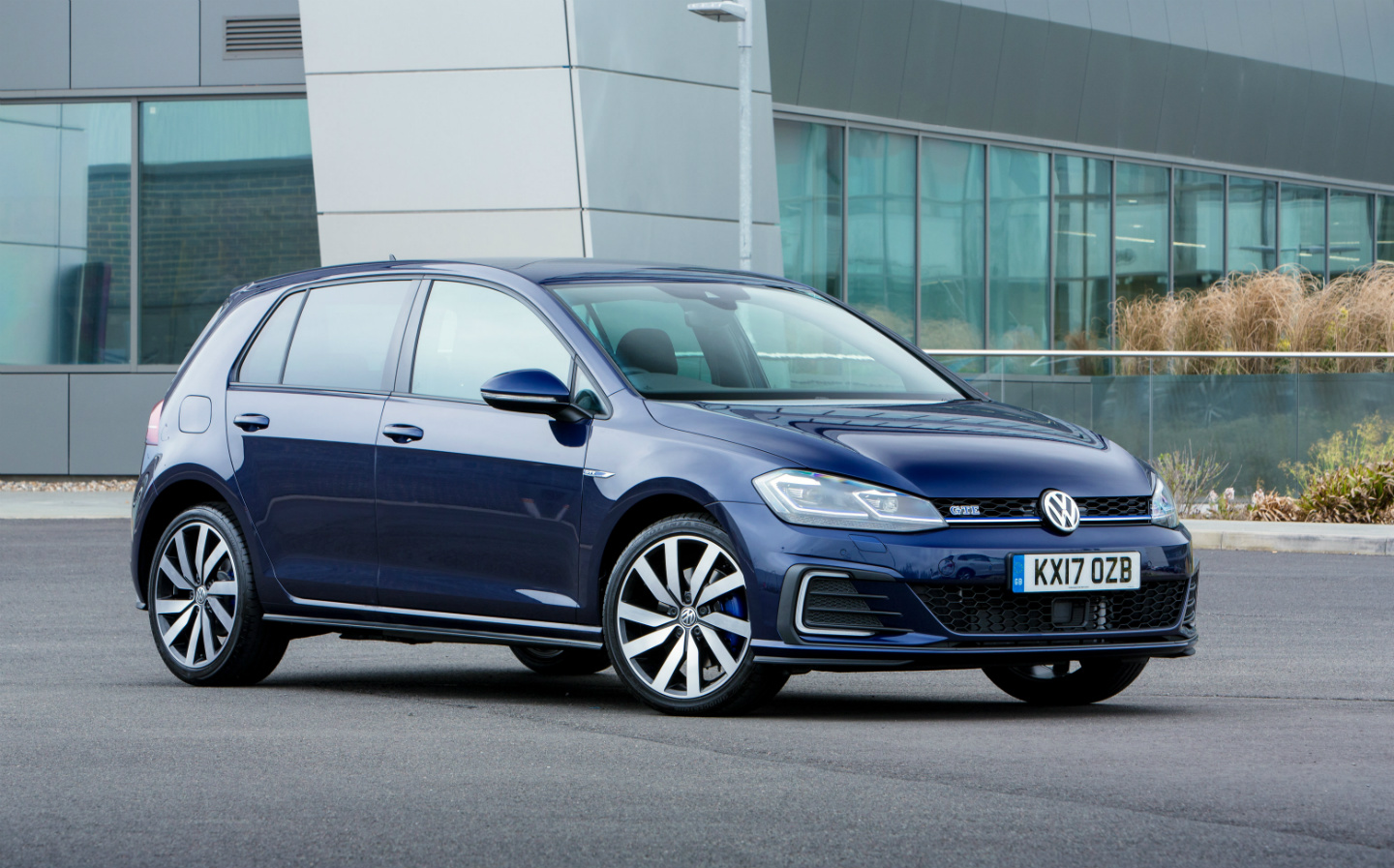 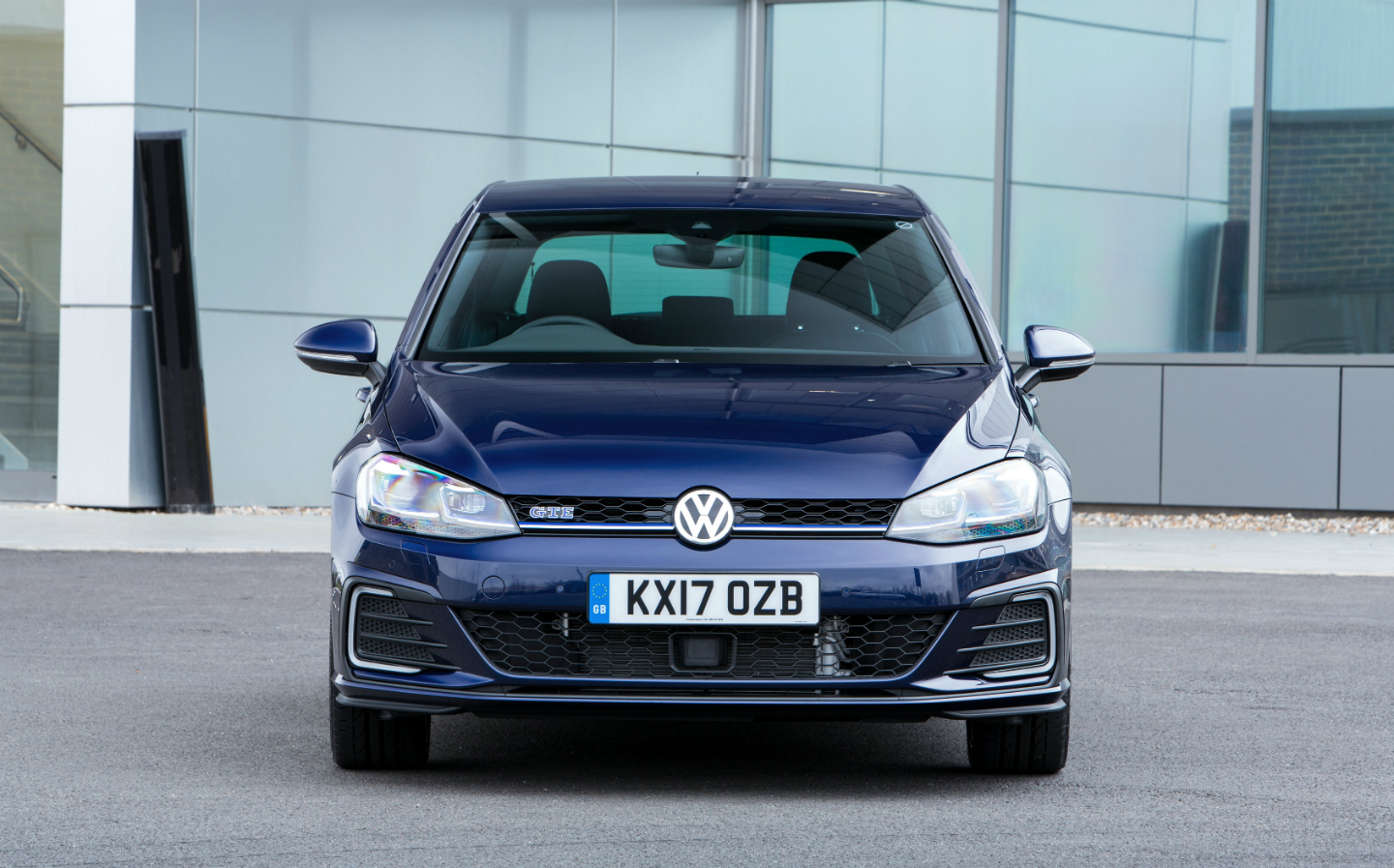 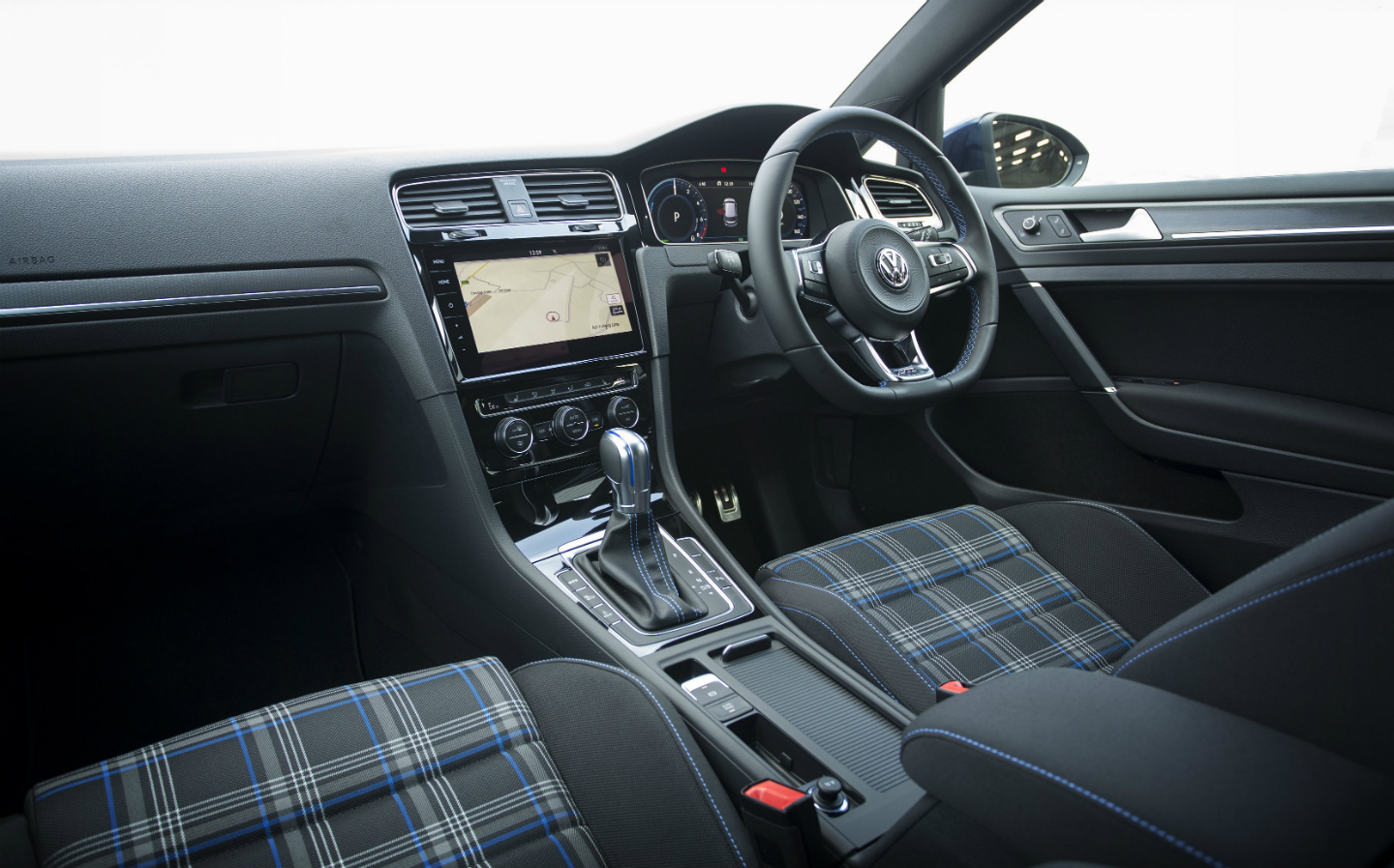 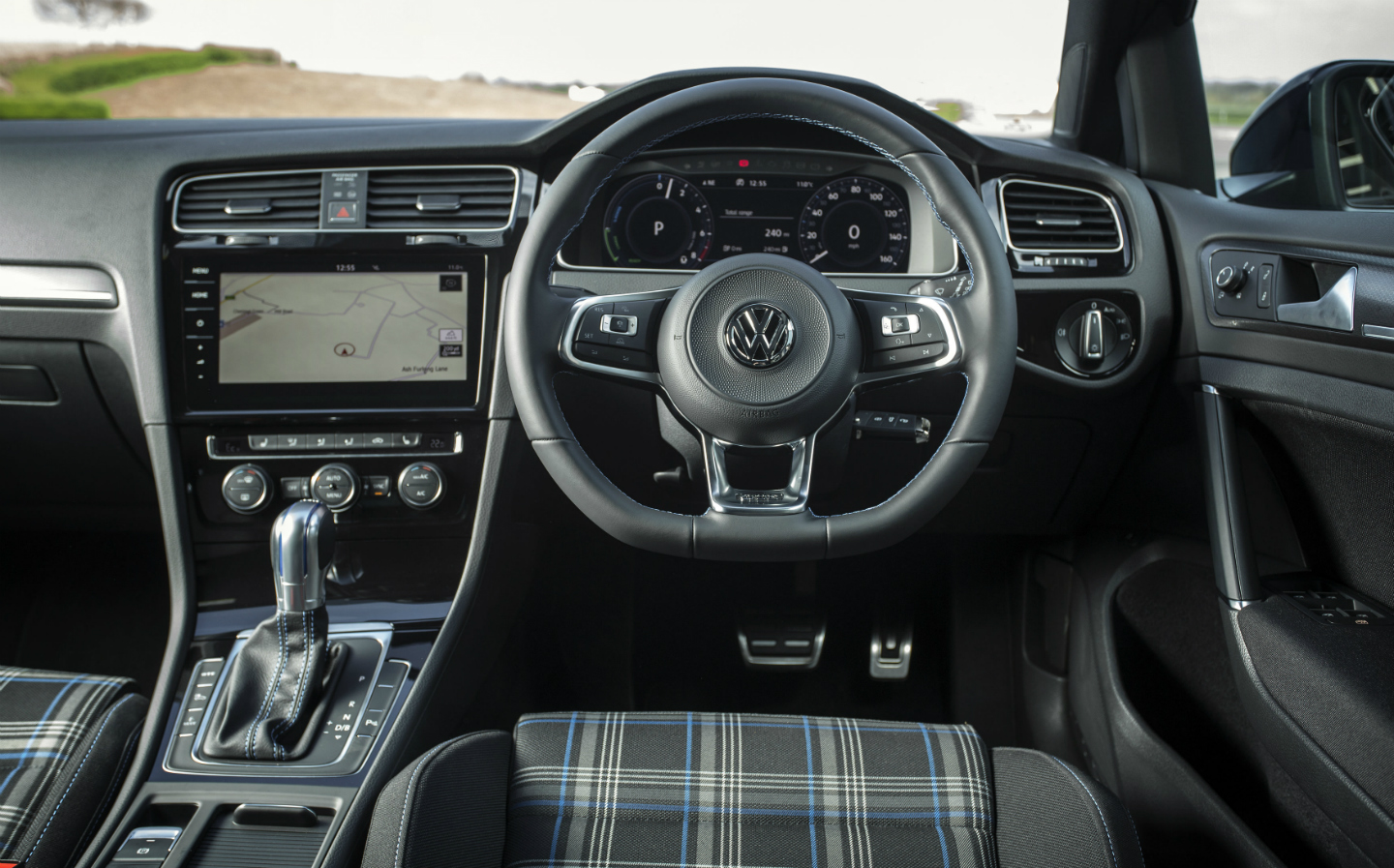 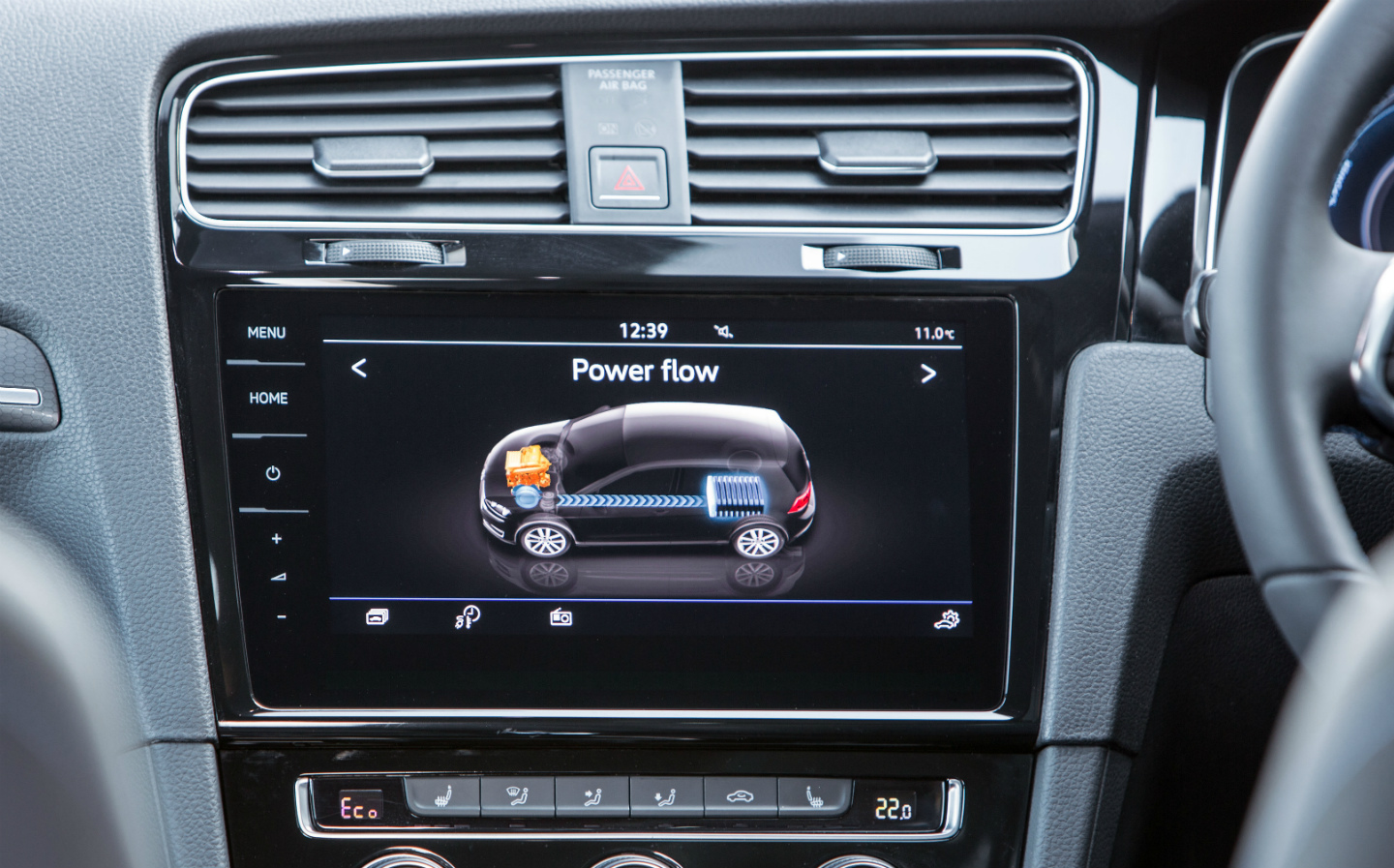 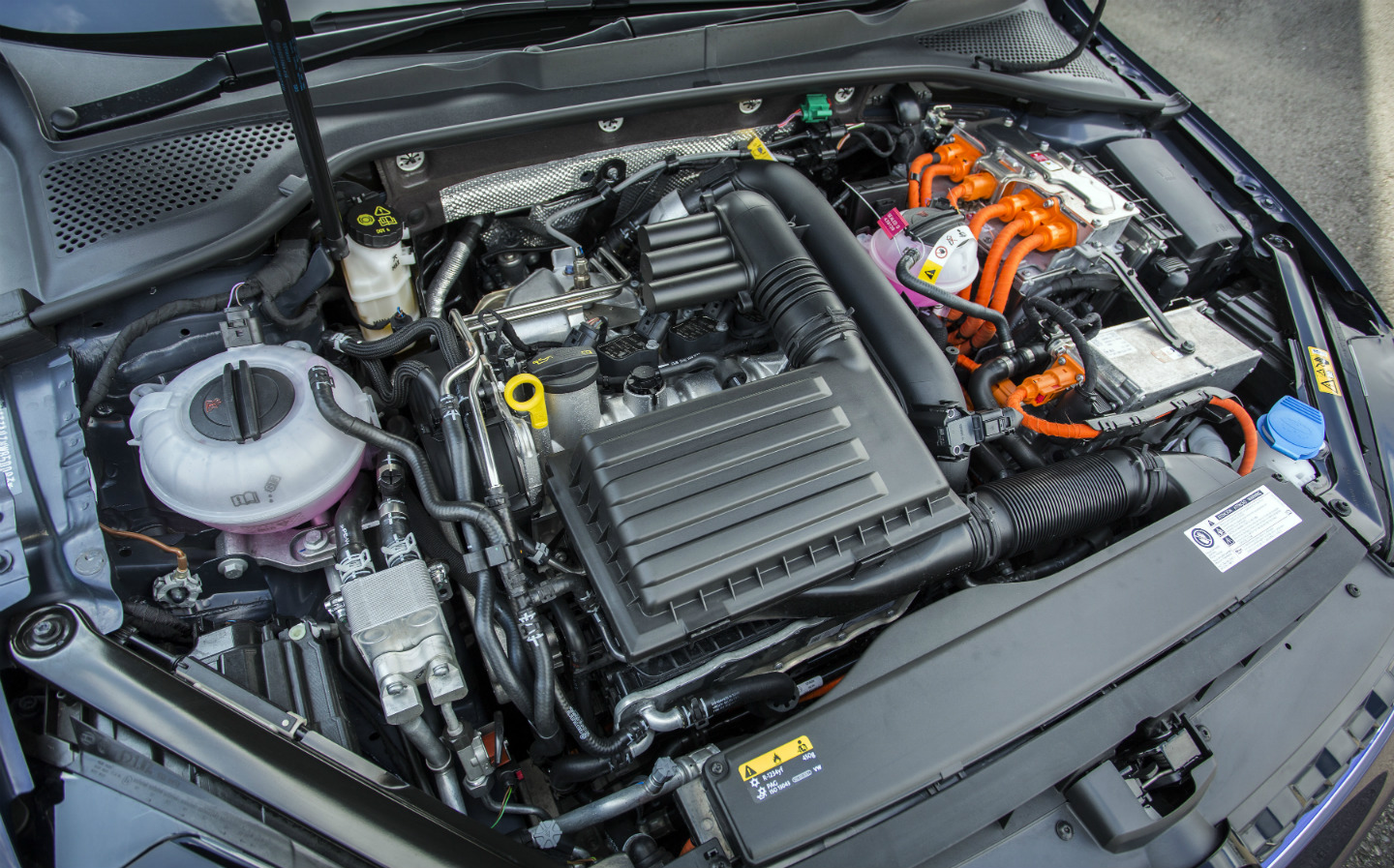 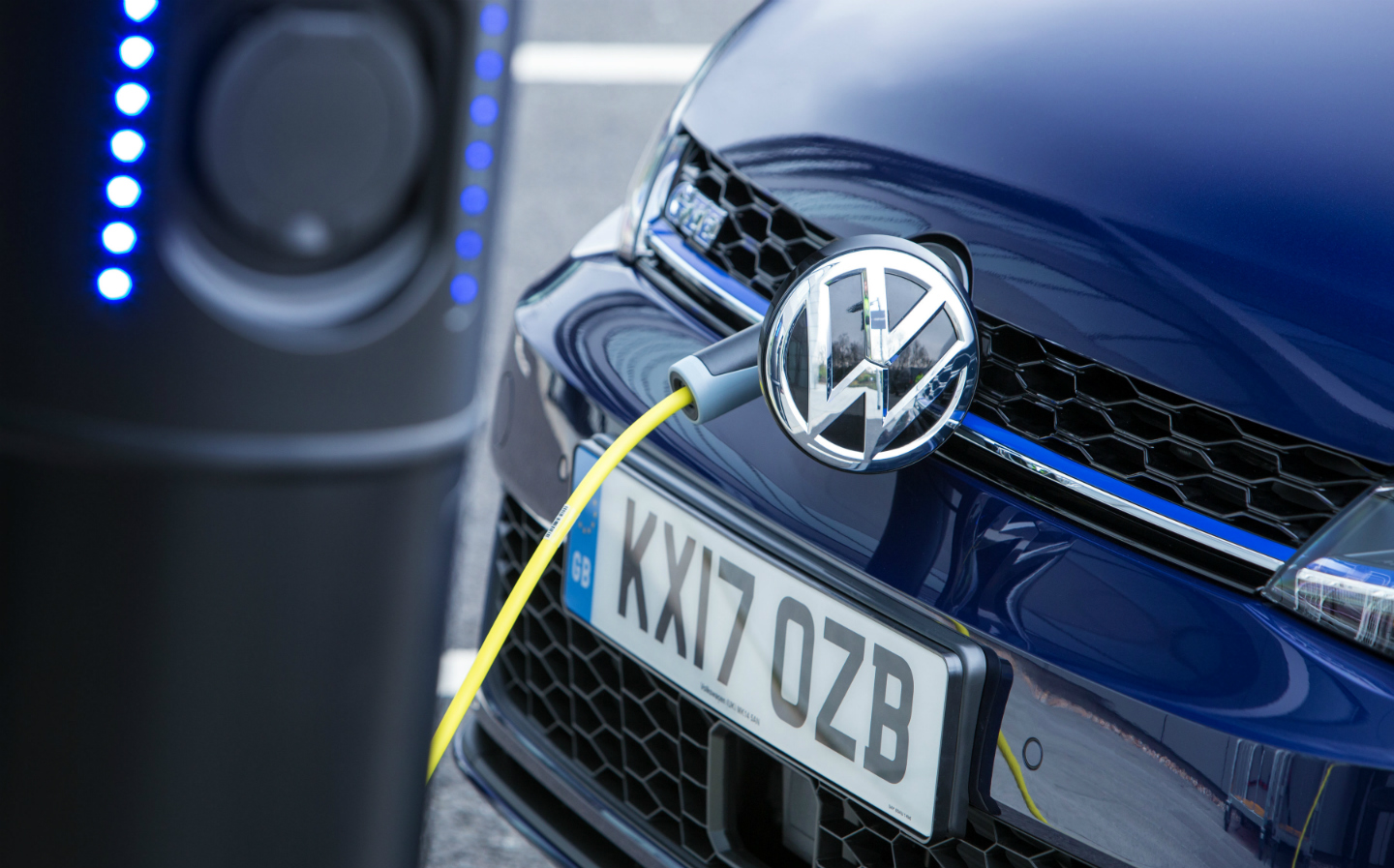 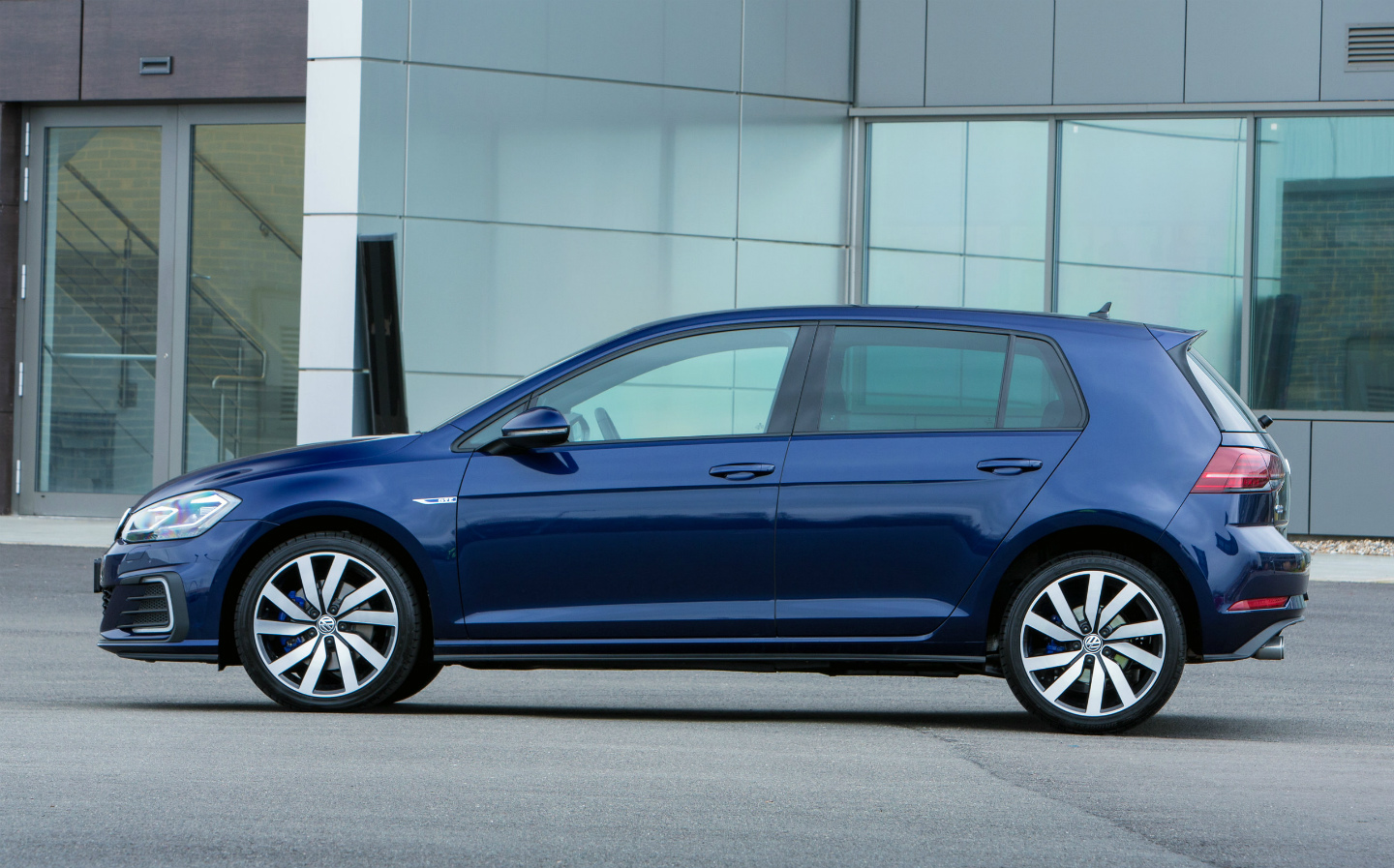 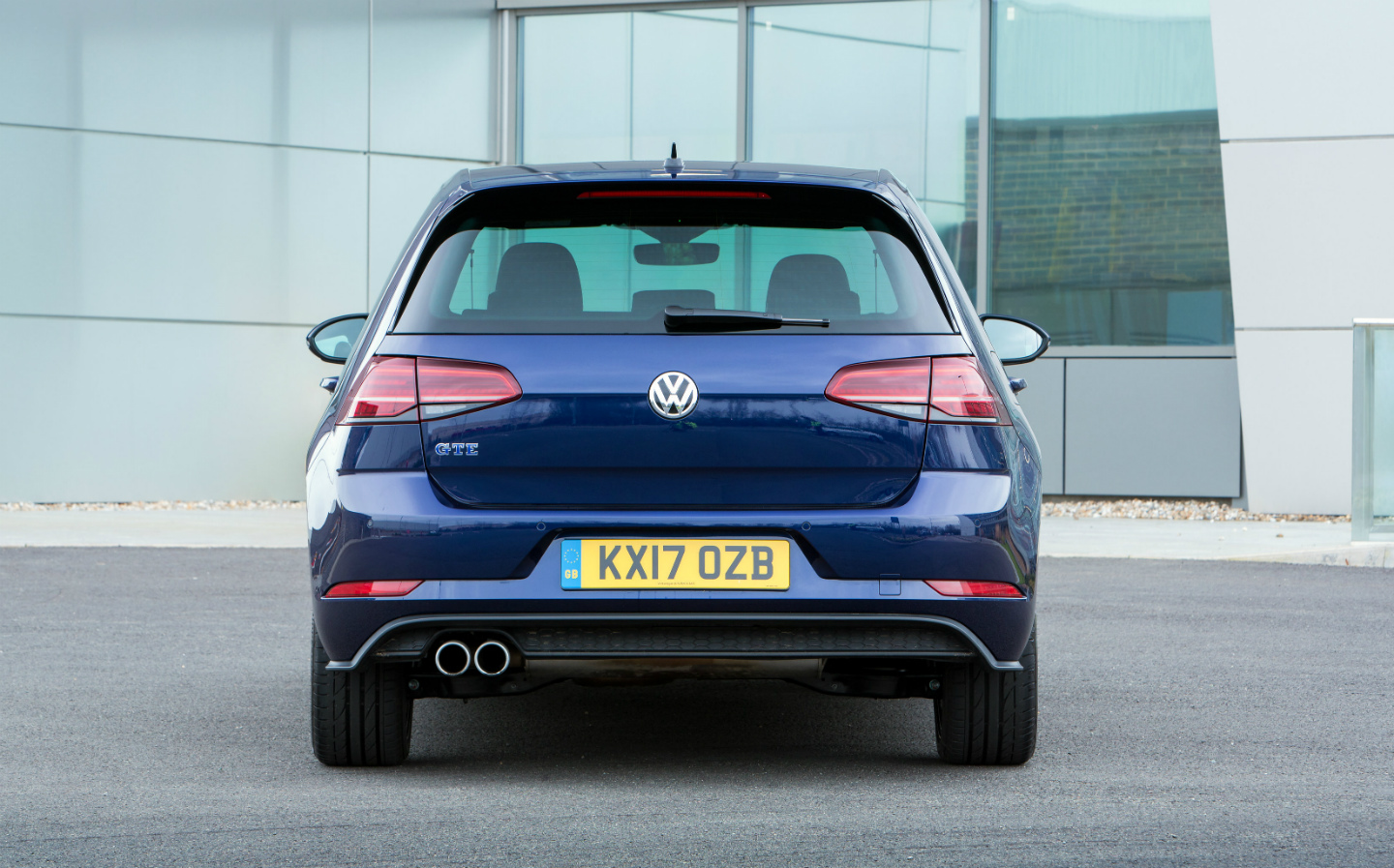 THE DIESEL cheating scandal has so far cost Volkswagen £18bn, and the bill could be three times that by the time all fines and compensation are paid. Yet today VW’s share price is approaching what it was before the revelation in 2015 that it had rigged its emissions figures. Sales of VW cars have overtaken those of Toyota and General Motors, and the company’s net cash pile is higher than it was before the crisis. Why? One reason is that the company’s deep pockets enabled it to weather a storm that would have killed off most rivals.

Another is that it repented early on and promised customers it would mend its ways. It embraced clean engine technology with the zeal of a reformed alcoholic, announcing 50 new electric models by 2025 from its main VW brand and its subsidiaries Audi, Porsche, Seat and Skoda.

So put your hands together, please, for the car you see in the picture — one of a new generation of cleaner, non-diesel, non-cheating VWs — the Golf GTE.

What you get is two cars in one, combining eco-friendliness with Golf reliability. Charge it each day at home or at work, and it’ll comfortably run in silent electric mode for the length of the average commute — a 17-mile round trip. You get all the financial benefits of an electric car, including reduced company car tax, reduced vehicle excise duty, exemption from the London congestion charge and smaller fuel bills. When you need it for longer journeys, simply switch out of EV (electric vehicle) mode and use its 1.4-litre turbocharged petrol engine. It’ll reach Edinburgh from London with no need for a fill-up, and no range anxiety. It even has a satisfying turn of speed, thanks to a kick from the electric motor.

If I were VW’s boss I’d be offering it at a generous discount to the millions of Dieselgate victims who bought “clean” Volkswagens only to discover they weren’t. You might ask why the company hasn’t done this or, indeed, shouted from the rooftops about the Golf GTE’s eco-credentials. Part of the answer is that VW is beset by production bottlenecks at its main factory, in Wolfsburg, 140 miles west of Berlin. Instead of ramping up output of cars such as the GTE, it has stopped taking orders until it sorts itself out. Vorsprung durch cock-up, as they say in Germany.

When the car is available again in British showrooms (soon, the company says) it’ll qualify for a £2,500 government grant. So far, so right-on. Yet perhaps the best thing about this Golf is that when you strip away the 8.7kWh battery and electric motor, the GTE is a simple, zesty hatchback. Being a Golf, it has near-universal appeal. It’s not the cheapest car in the world but neither is it especially expensive. It doesn’t say you’re down on your luck; nor does it say you’re a show-off — it’s timeless and classless. And when you’re ready for a change, you can always find someone who’ll want to take a Golf off your hands.

The battery adds the weight of a couple of passengers (120kg), so the car feels heavy at times

True, the GTE’s sticker price is slightly higher than that of the top diesel-powered Golf. In Advance trim — a specification unique to the GTE — it costs £32,600, as against £29,435 for the 2-litre GTD Blueline five-door with an automatic gearbox. With the government contribution, though, the difference is marginal, and the GTE is cheaper to live with.

In three years’ time, it’s projected to be worth 50% of its original price, whereas the diesel will lose 60% in depreciation. Vehicle tax for the first three years is £260 for the GTE, against £440 for the diesel. GTE owners can expect to spend £2,838 on fuel over three years, compared with the diesel’s £3,222 (30,000 miles; current average fuel prices; “real world” fuel consumption tested by Emissions Analytics).

Overall, according to our calculations, running costs over three years for the GTE (including depreciation) add up to £19,911. That’s an appreciable advantage over the diesel Golf’s £23,037 for the same period. There are even bigger savings for company-car drivers: a higher-rate taxpayer would be about £120 a month better off with the hybrid than the diesel (at “benefit in kind” levels for 2018-19), thanks to the GTE’s eco-friendly tax rating.

How well does it drive? On the plus side, with the electric motor and 148bhp engine working in unison, it is surprisingly nippy — from standstill to 62mph in 7.6 seconds — and will beat most things away from the lights. You can drive 28 miles on battery power alone, and total range with a full tank of petrol is 514 miles.

On the downside, the battery adds the weight of a couple of passengers (120kg), so the car feels heavy at times. Neither does it handle as well as, say, a Golf GTI. The chassis has been modified for the electric powertrain and it feels more rigid, sometimes jarring sharply as you go over potholes. For these reasons it won’t appeal to driving enthusiasts or those with back conditions.

Without wishing to get too deep, the greatest significance of the Golf GTE may in the end be that it’s one of the first cars from a reformed VW. Before Dieselgate the culture at the car company was described by the magazine Der Spiegel as “North Korea without the labour camps”. Workers were required never to question orders, which is how VW engineers were able to fake diesel emissions figures without the whistle being blown. The new democracy at Wolfsburg has sped up progress on electrification, as well as on other future-tech projects, proving that what doesn’t kill you makes you stronger.

And even though the German corporation may not deserve it, luck has proved to be on VW’s side. Last month the German courts upheld bans on diesel cars imposed by cities including Düsseldorf and Stuttgart (the home of Porsche, one of VW’s subsidiaries) in an effort to clean up the air. With more thana little paradox, the country that exported Dieselgate may end up being the first to outlaw diesel cars. Perhaps it’s not surprising that VW can’t make the GTE fast enough.