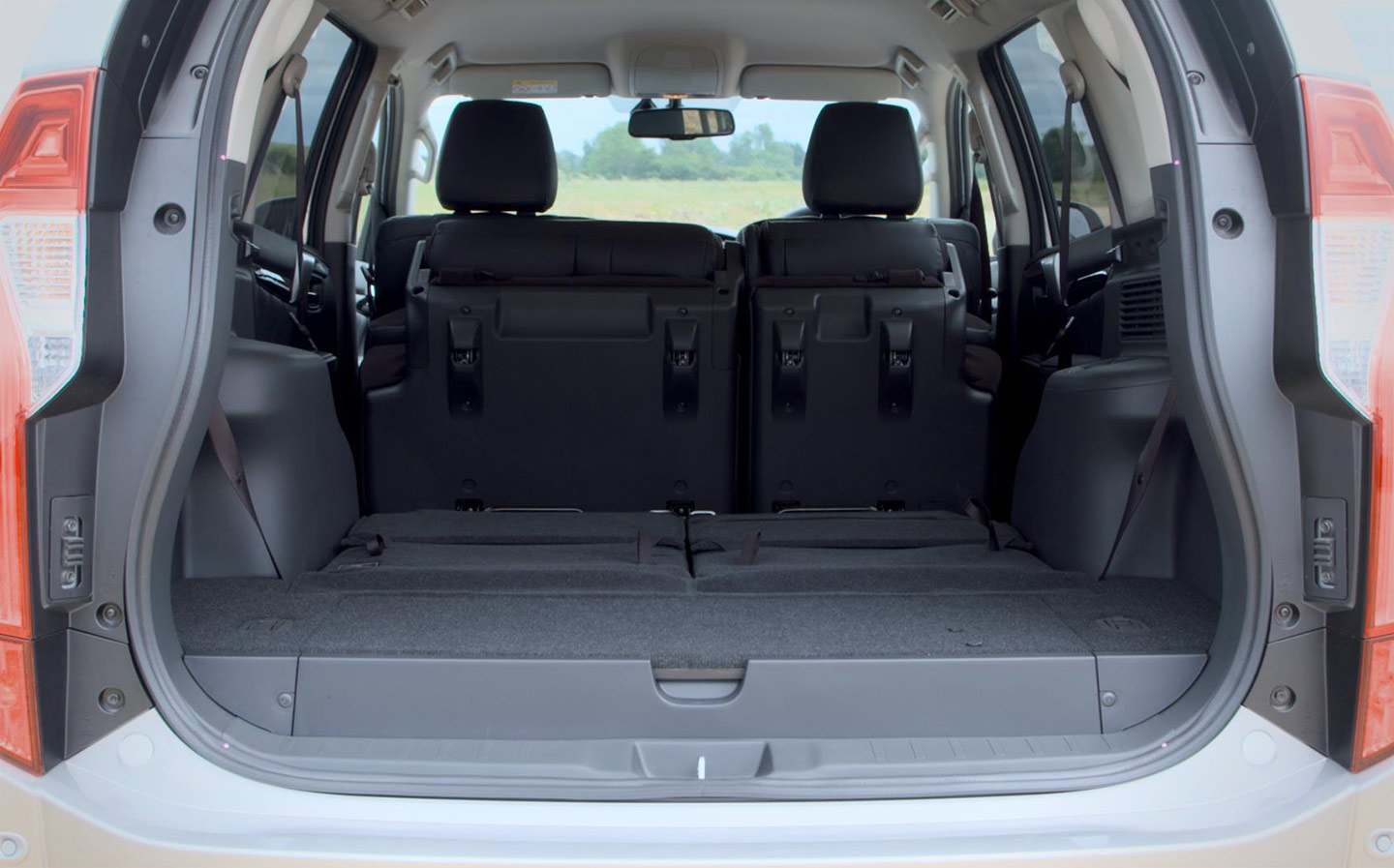 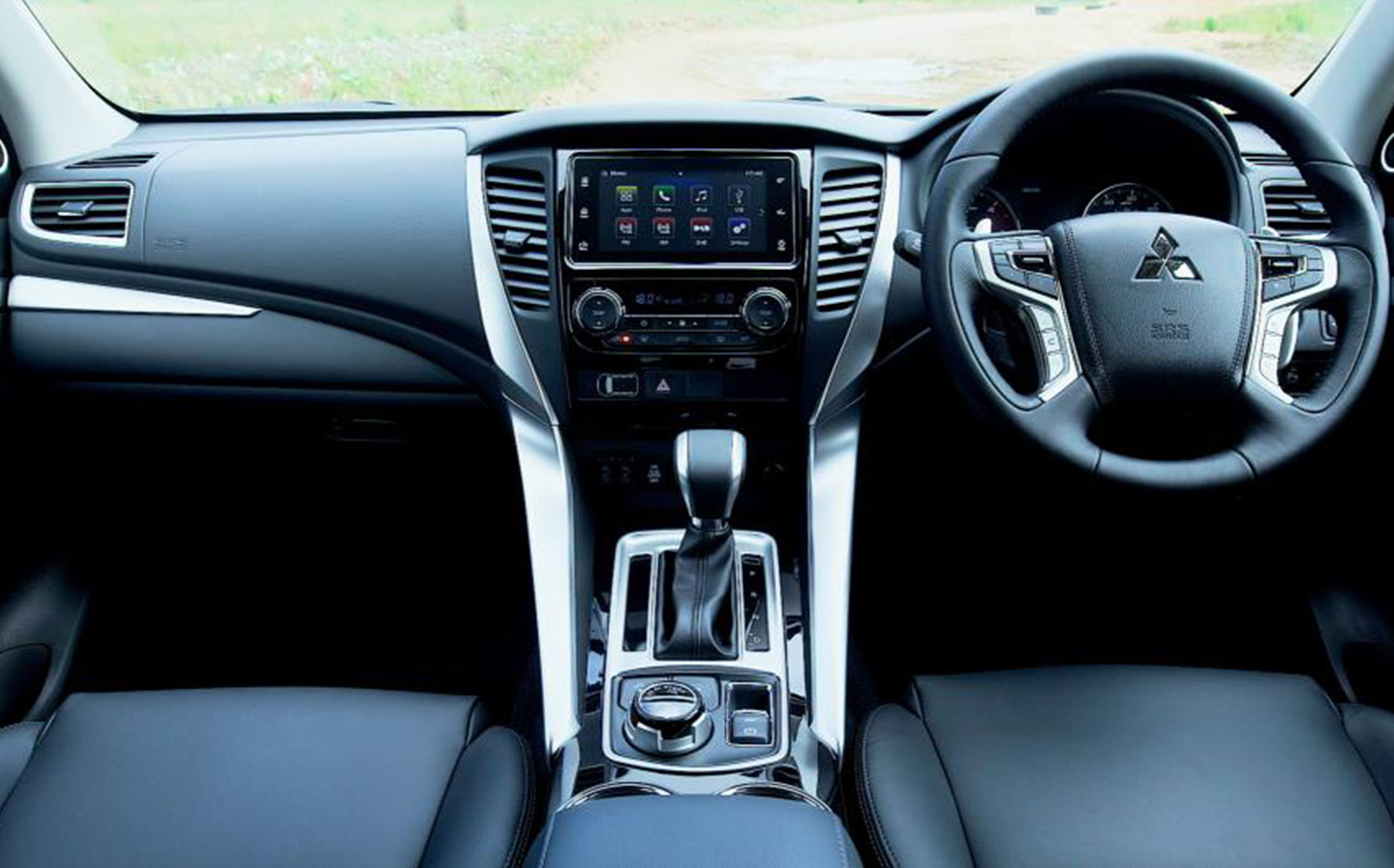 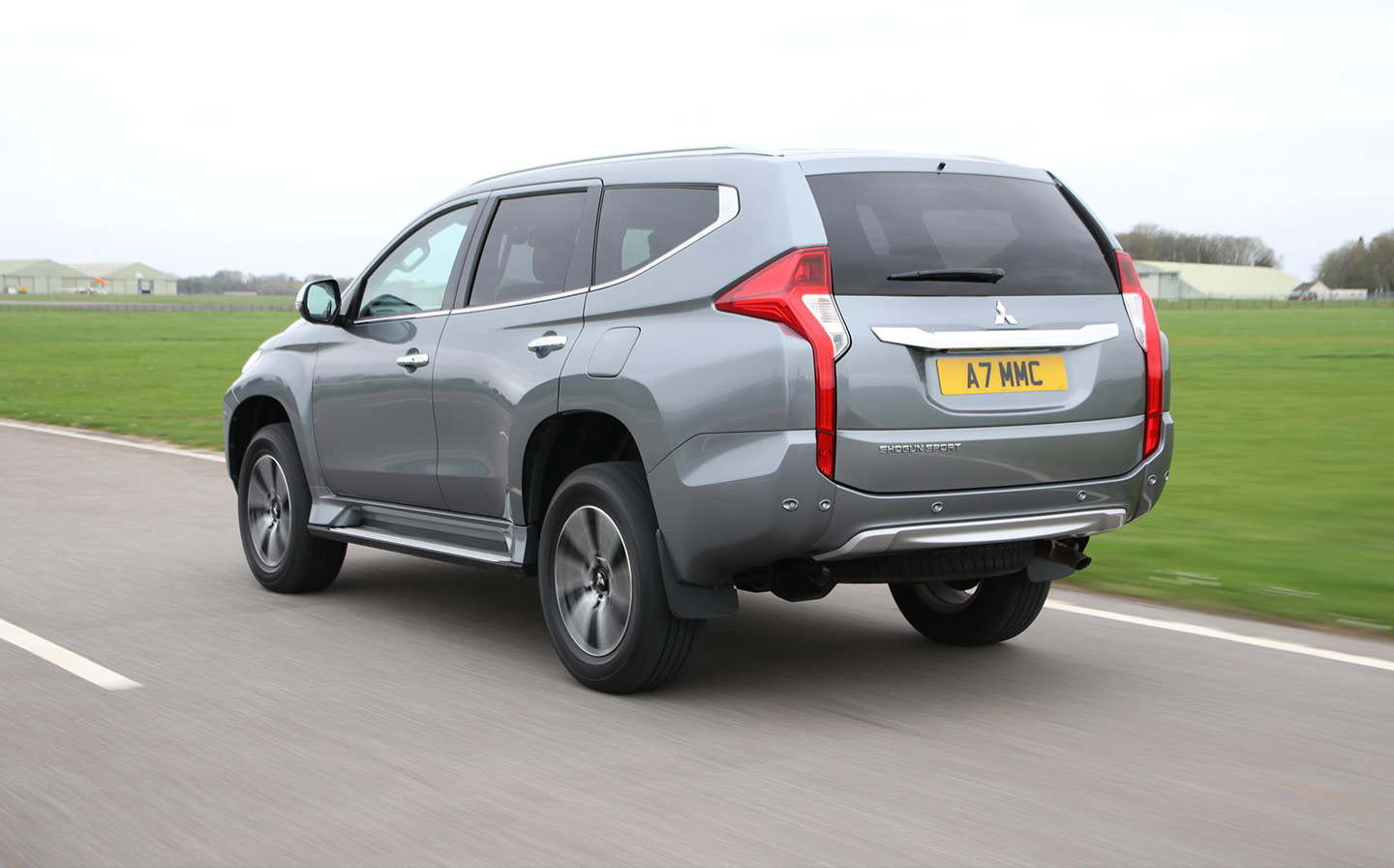 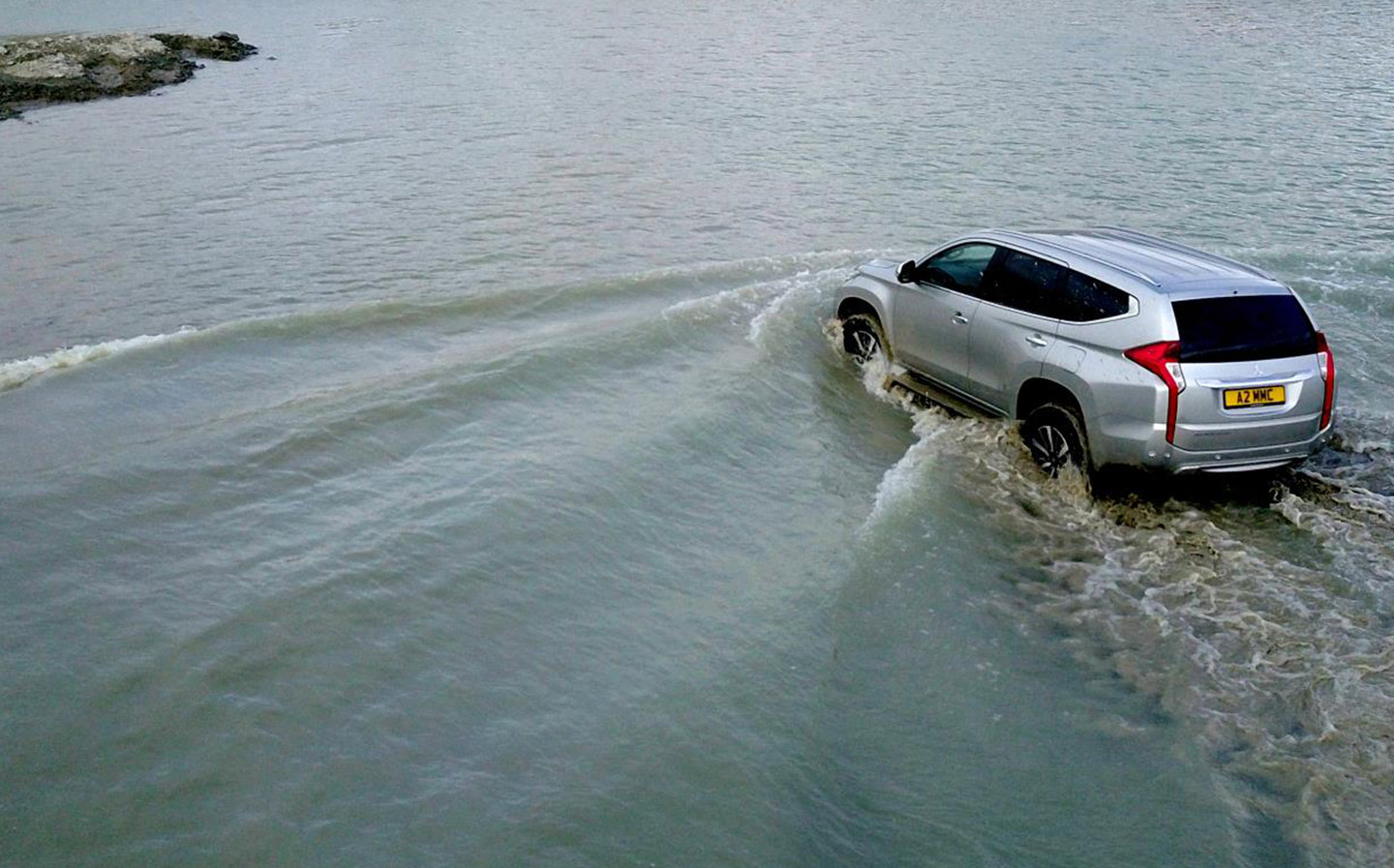 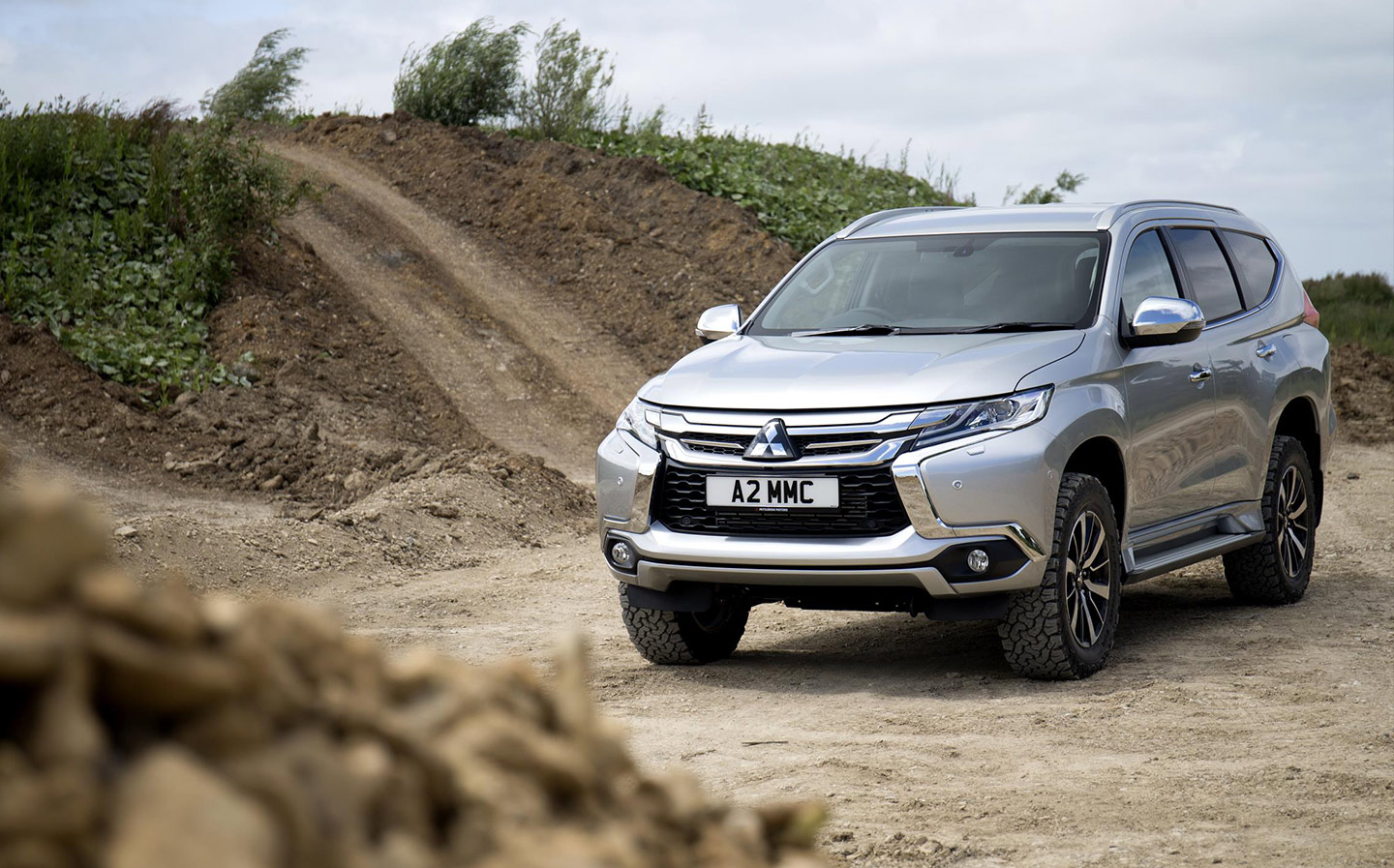 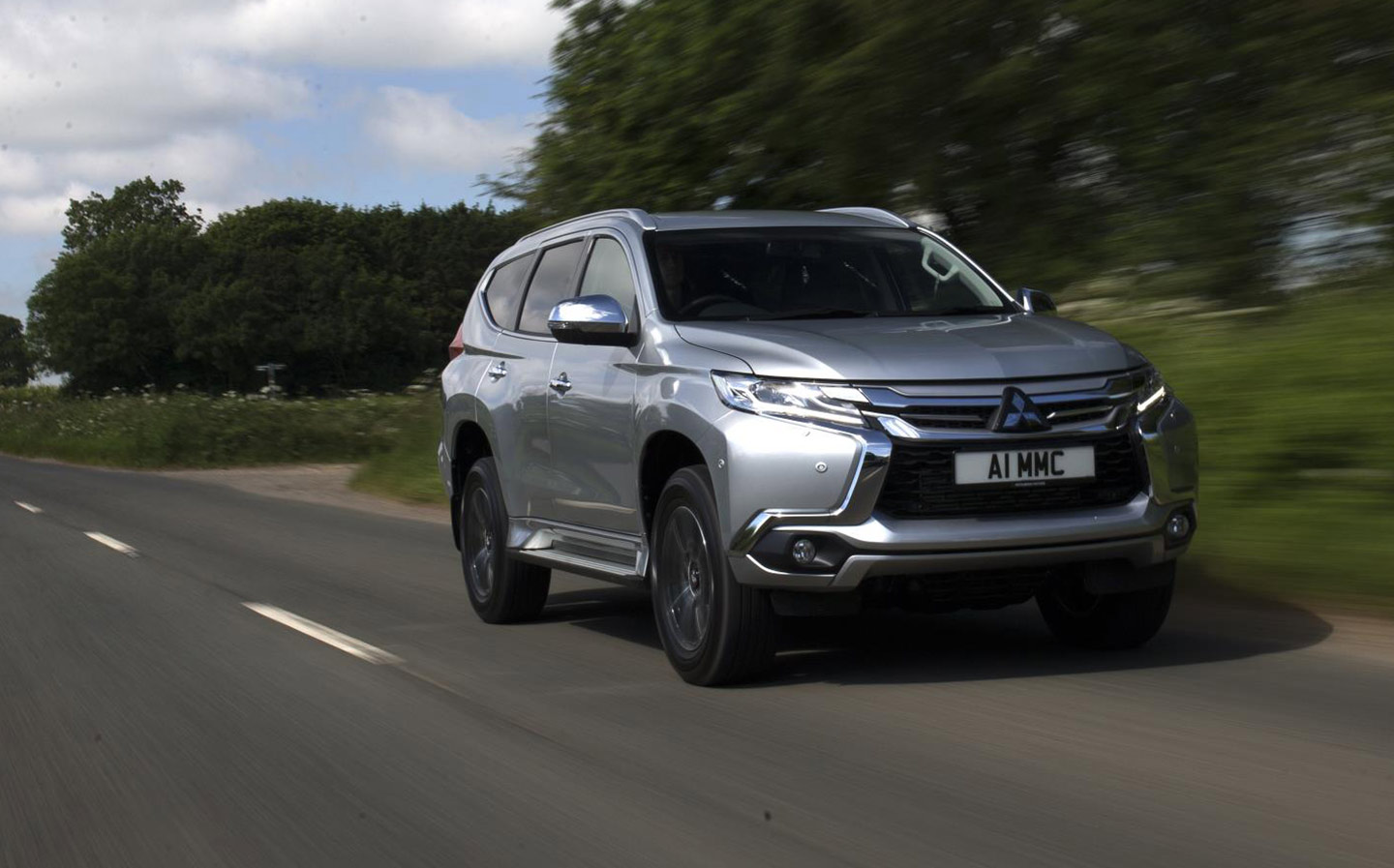 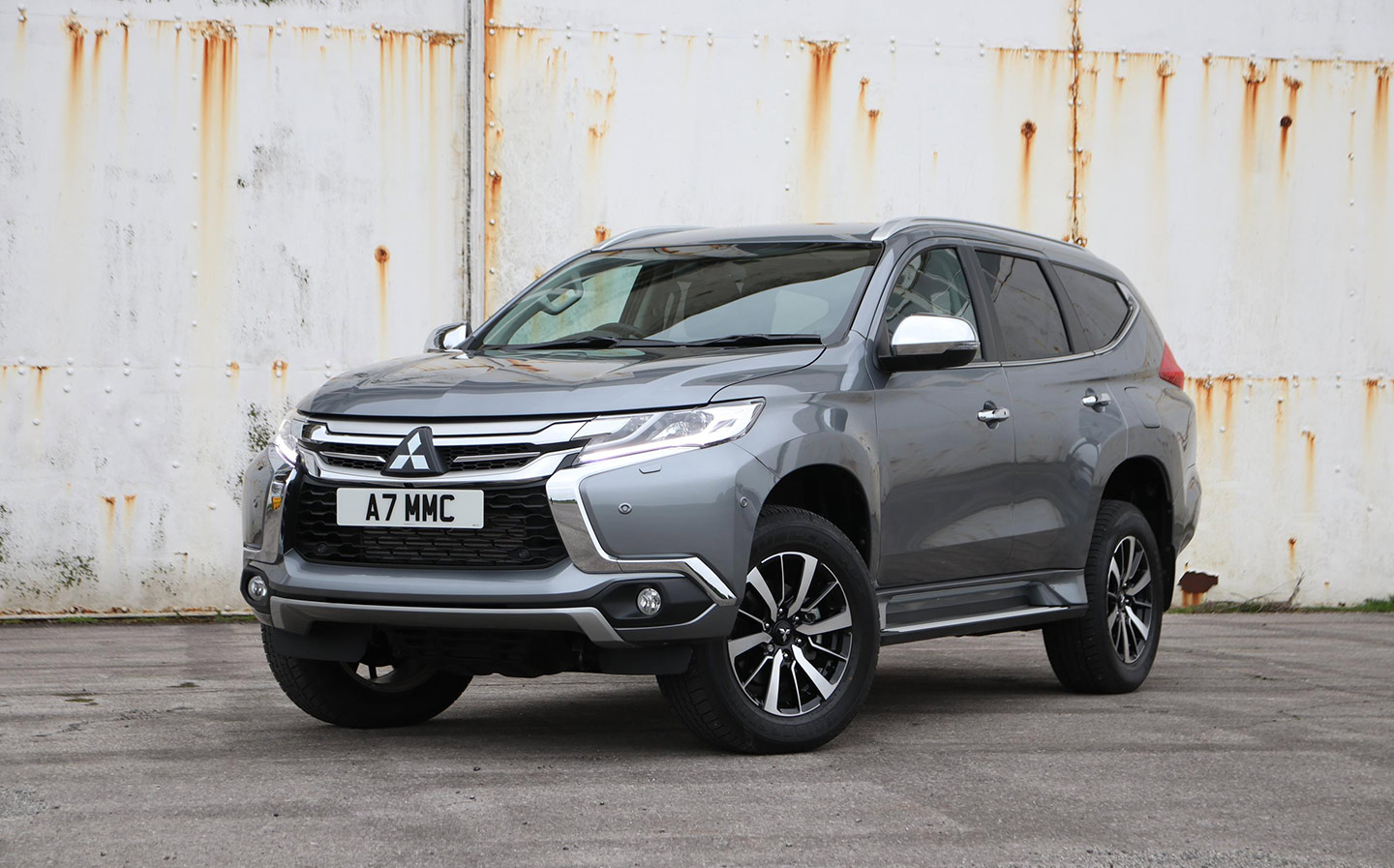 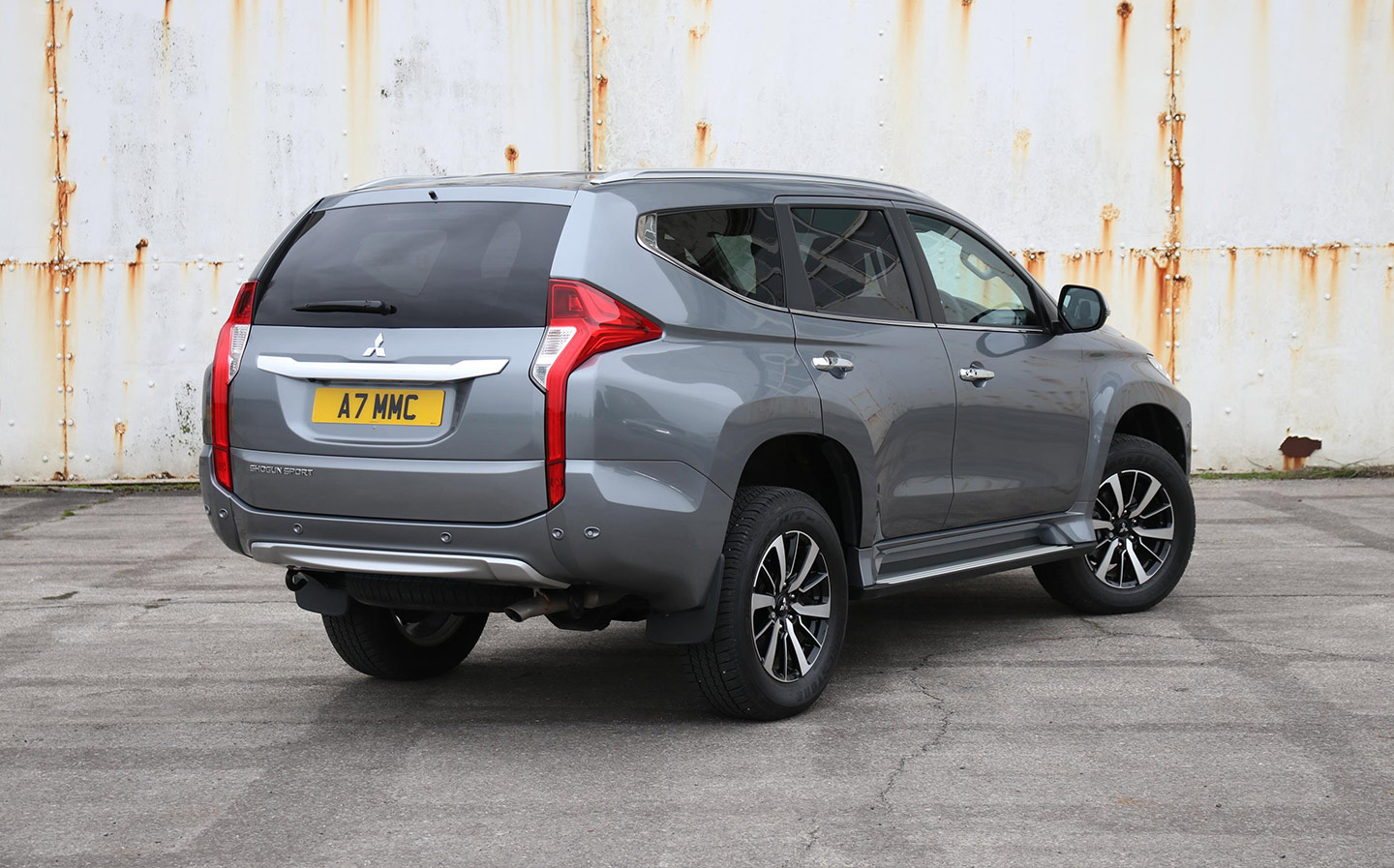 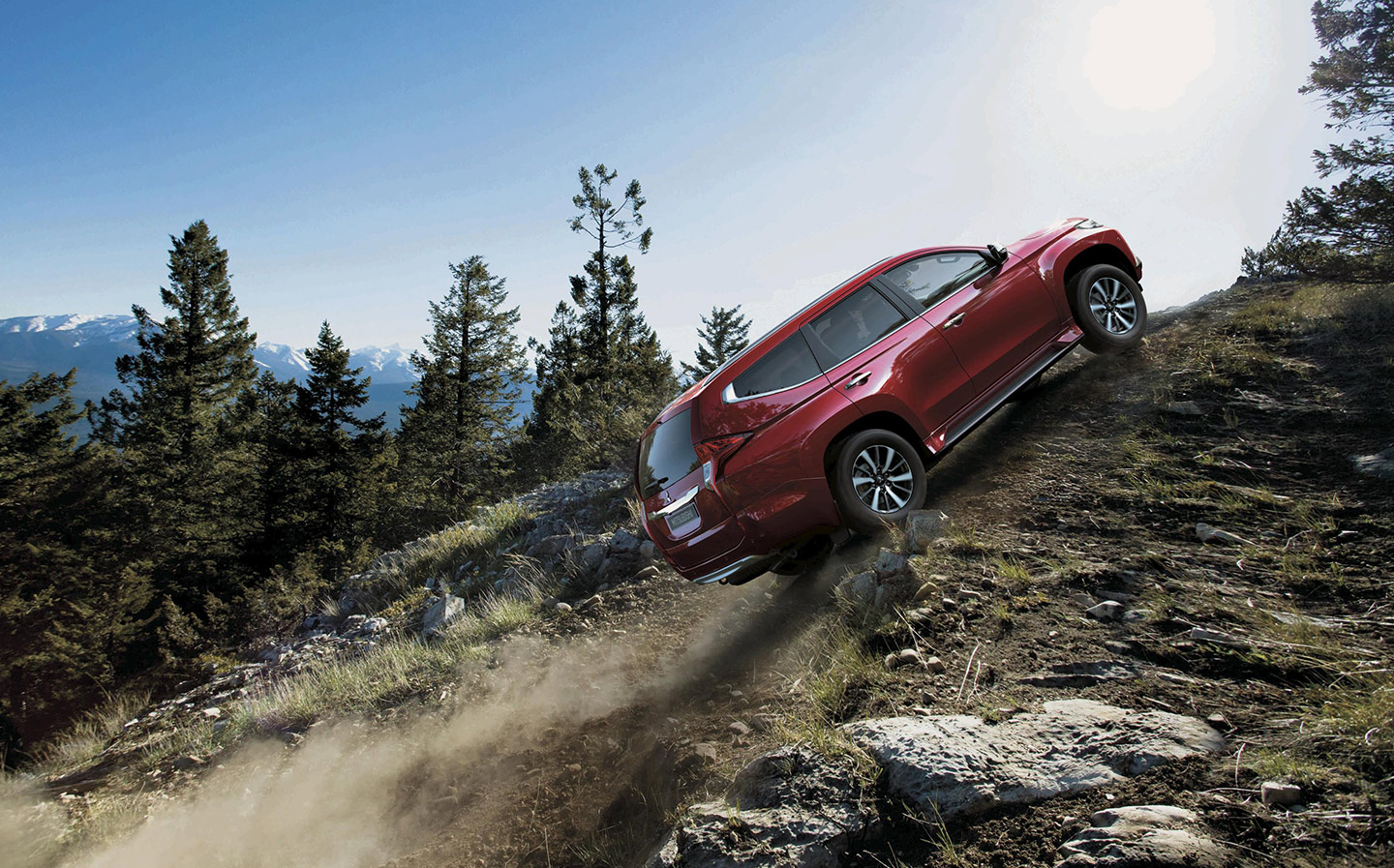 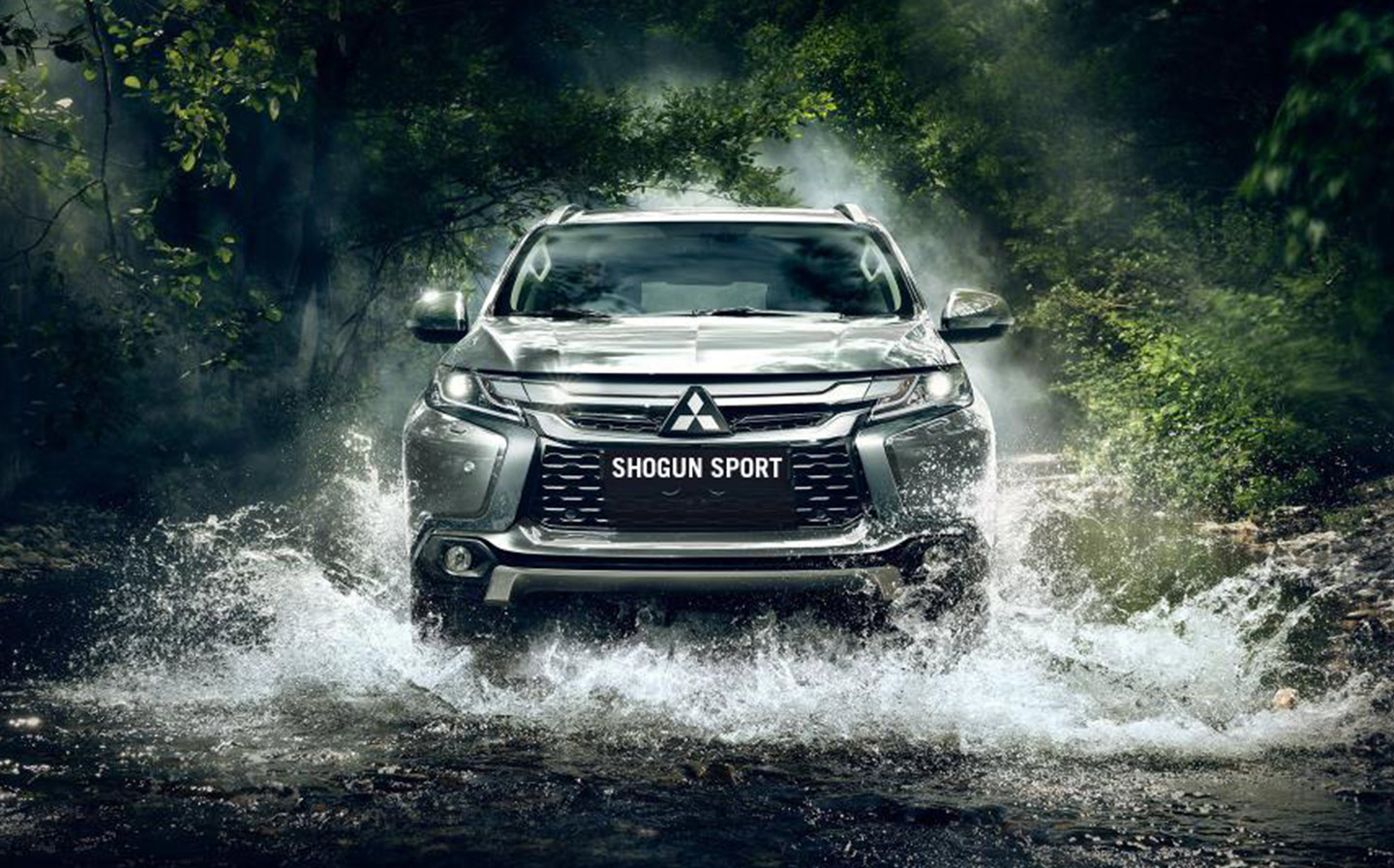 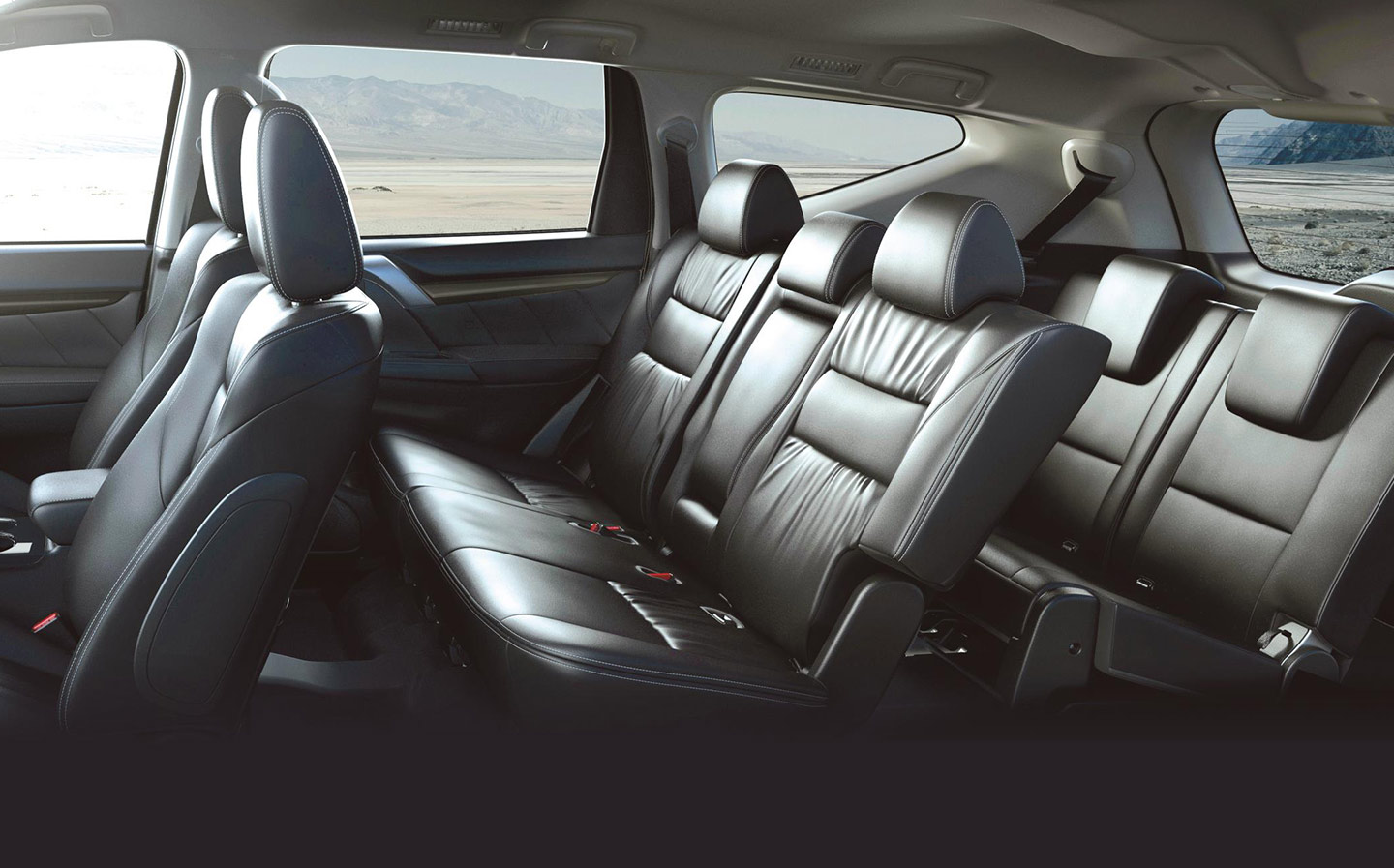 FEW MANUFACTURERS can claim as impressive an off-road heritage as Mitsubishi. In motor sport its cars have conquered sand dunes in the Dakar Rally and sliced through forest stages in the World Rally Championship, while its L200 pick-up is a ubiquitous sight on farms and building sites across the land.

But despite its tough stance, Mitsubishi is also pitching the Shogun Sport as a premium choice. As such, there are only two trims levels named 3 and 4, both of which come loaded with equipment.

As standard are things like leather seats, a touchscreen infotainment system and LED headlights, while the pricier 4 adds features such as heated seats, automatic emergency braking, adaptive cruise control and a 360-degree camera.

Just one stout engine is on offer: a turbocharged 2.4-litre diesel engine producing 179bhp. It has plenty of pull and works fairly well with the standard (and unique to the Shogun Sport) eight-speed automatic gearbox, but its rivals’ diesel engines are much more refined.

On Tarmac, the Shogun Sport isn’t as impressive as natural rivals such as the Kia Sorento or Land Rover Discovery Sport. Its steering is slow and, while it rolls less than the L200 pick-up on which it’s based, thanks to a more advanced rear suspension set-up, there’s plenty of body lean to contend with and cornering quickly isn’t pleasant.

But just because it’s a pudding through corners, don’t expect the Shogun Sport to ride comfortably around town; it struggles to smooth out broken roads and bounces over potholes and manhole covers.

Thankfully, when you hit the motorway and increase the speed it lopes along with some amount of composure.

Of course, head off road and the Shogun Sport comes into its own. Its steeply raked front and rear ends make attacking steep inclines a breeze and there’s strong four-wheel traction up wet slopes, with a low-range gearbox and locking rear differential for tricky low-speed sections.

Electronic hill descent control and driving modes for gravel, mud/snow, rock and sand help the Shogun Sport on the rough stuff, too. And if you’re looking for towing capacity, you’re in luck; it can cope with a hefty 3.1 tons.

Inside, all Shogun Sports come with electric front seats and lots of steering wheel adjustment for a comfy driving position, although the driver’s seat will be set a little high for some tastes. Still, visibility all-round is good and the front space on offer is superb.

That goes for the middle row seats, too, where tall adults will find a generous amount of head and leg room.

A pair of adults should be able to fit in the rearmost sixth and seventh seats without complaining, too, which can just about be achieved in a Sorento but certainly not in a Discovery Sport.

With all seven seats up, there’s only enough boot space for a couple of weekend bags. With the rearmost seats folded flat, while there’s room for a two large suitcases, the Kia is more capacious.

Sadly, Mitsubishi’s standard infotainment system feels a little dated. DAB radio and Bluetooth both feature, but the 7in touchscreen is a little slow to respond and not particularly bright or sharp to look at, and you might be surprised to learn that there’s no option for a built-in sat-nav. Mitsubishi argues that few people rely on these systems, and that the standard Apple CarPlay and Android Auto included is more useful to the majority.

Interior quality in general is disappointing compared with the likes of a Sorento, but its shocking next to a Discovery Sport. There are soft touch materials higher up the dash and doors, but lower down you’ll find a sea of scratchy plastics and cheap-feeling switches.

Given the Shogun Sport’s off-roading intentions that arguably won’t worry too many potential buyers, but the Disco Sport is no slouch off the beating track, either, of course.

All-told, it’s difficult to recommend the Shogun Sport to somebody considering a seven-seat SUV before its competition. Ultimately, the majority of buyers will appreciate the better on-road manners, cheaper running costs and more comfortable and luxurious interiors of its rivals.

Or why not try a…