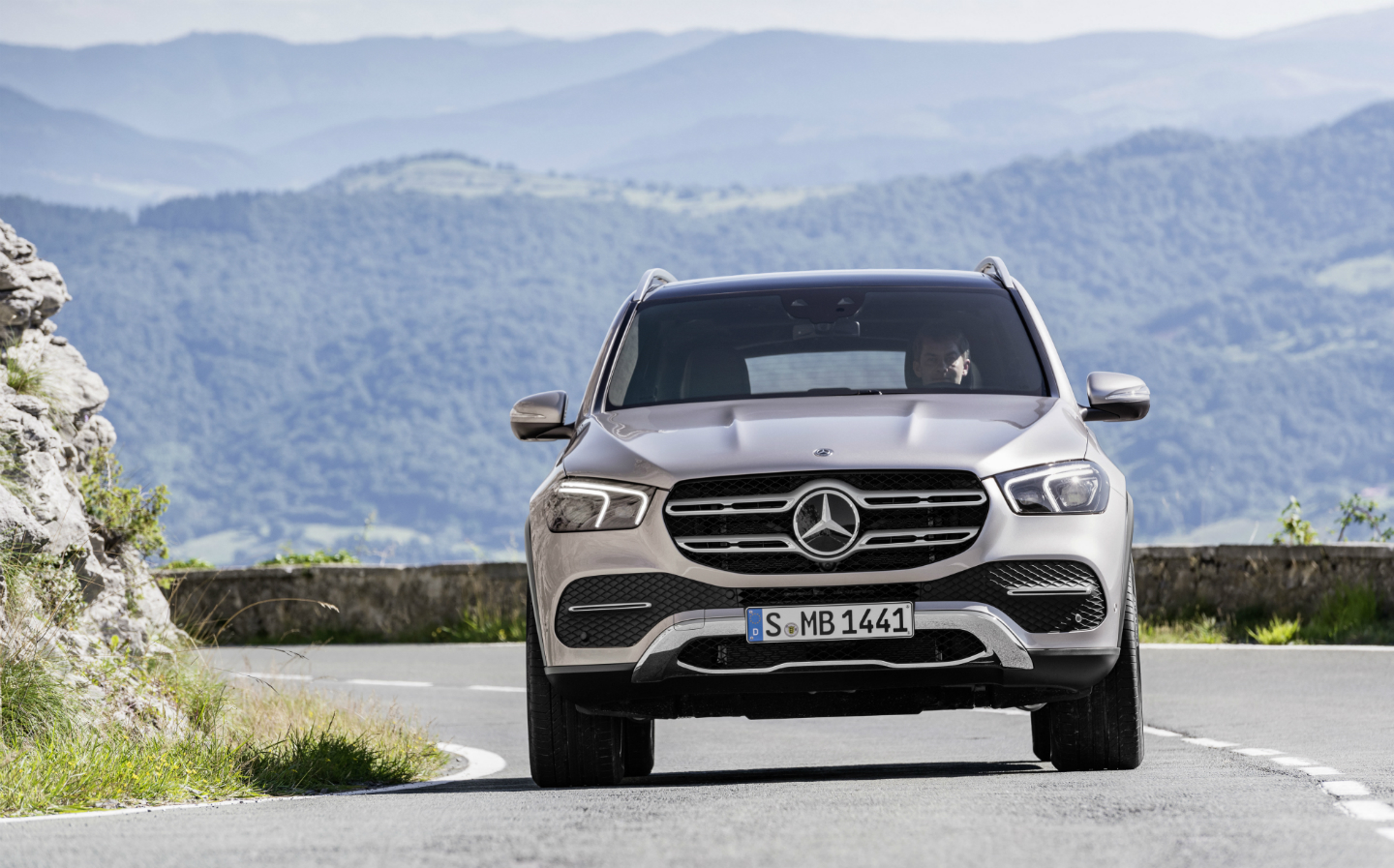 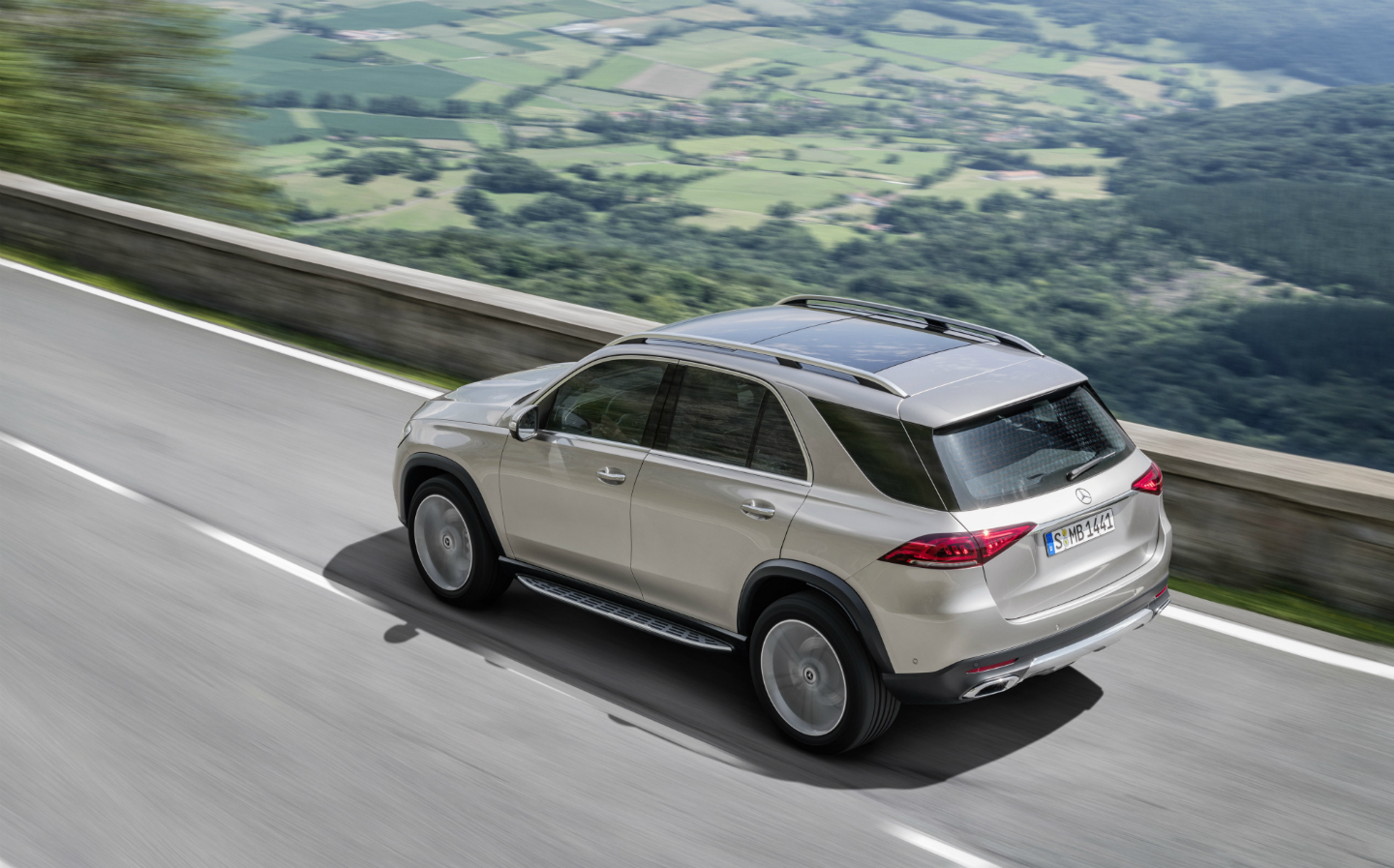 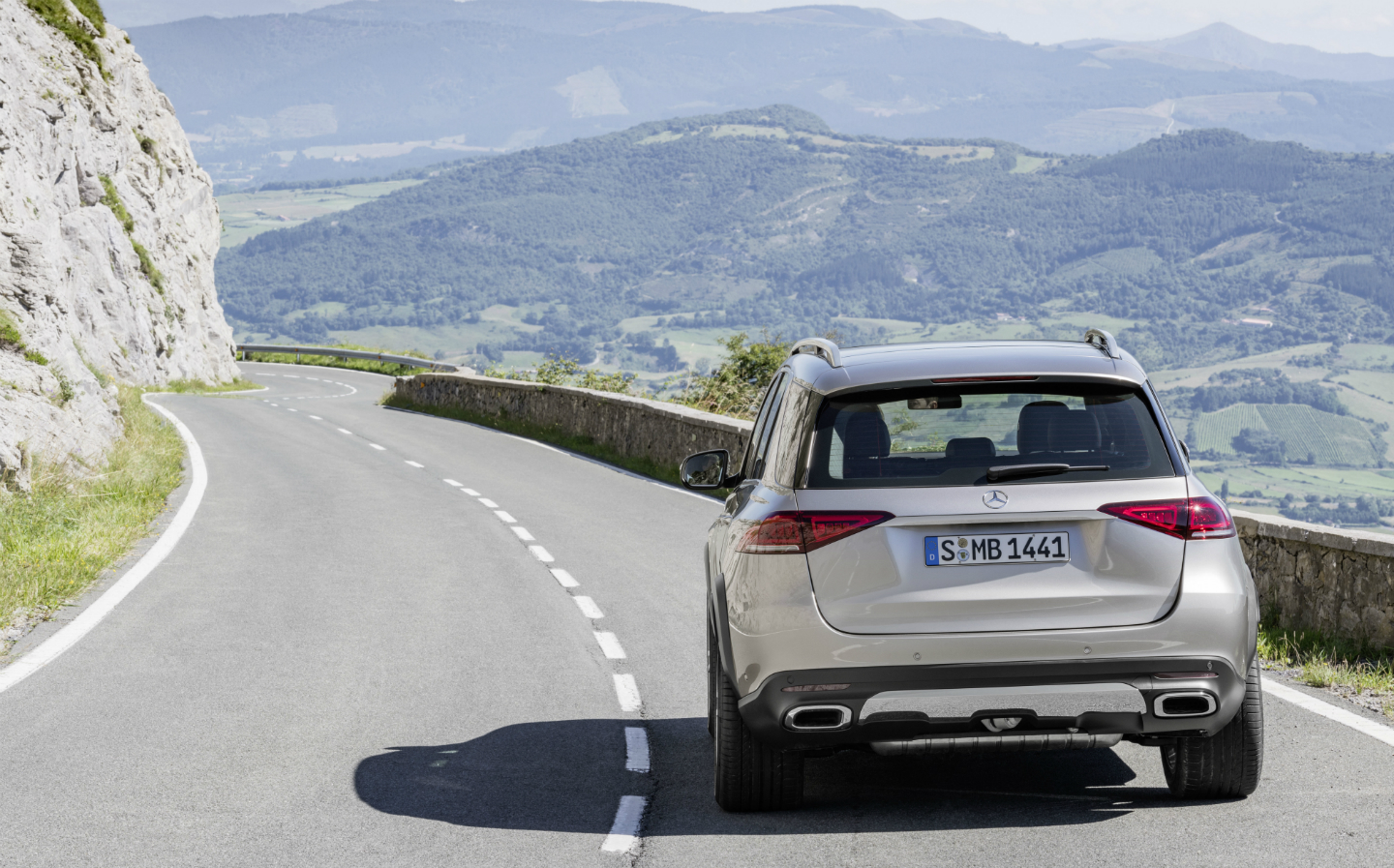 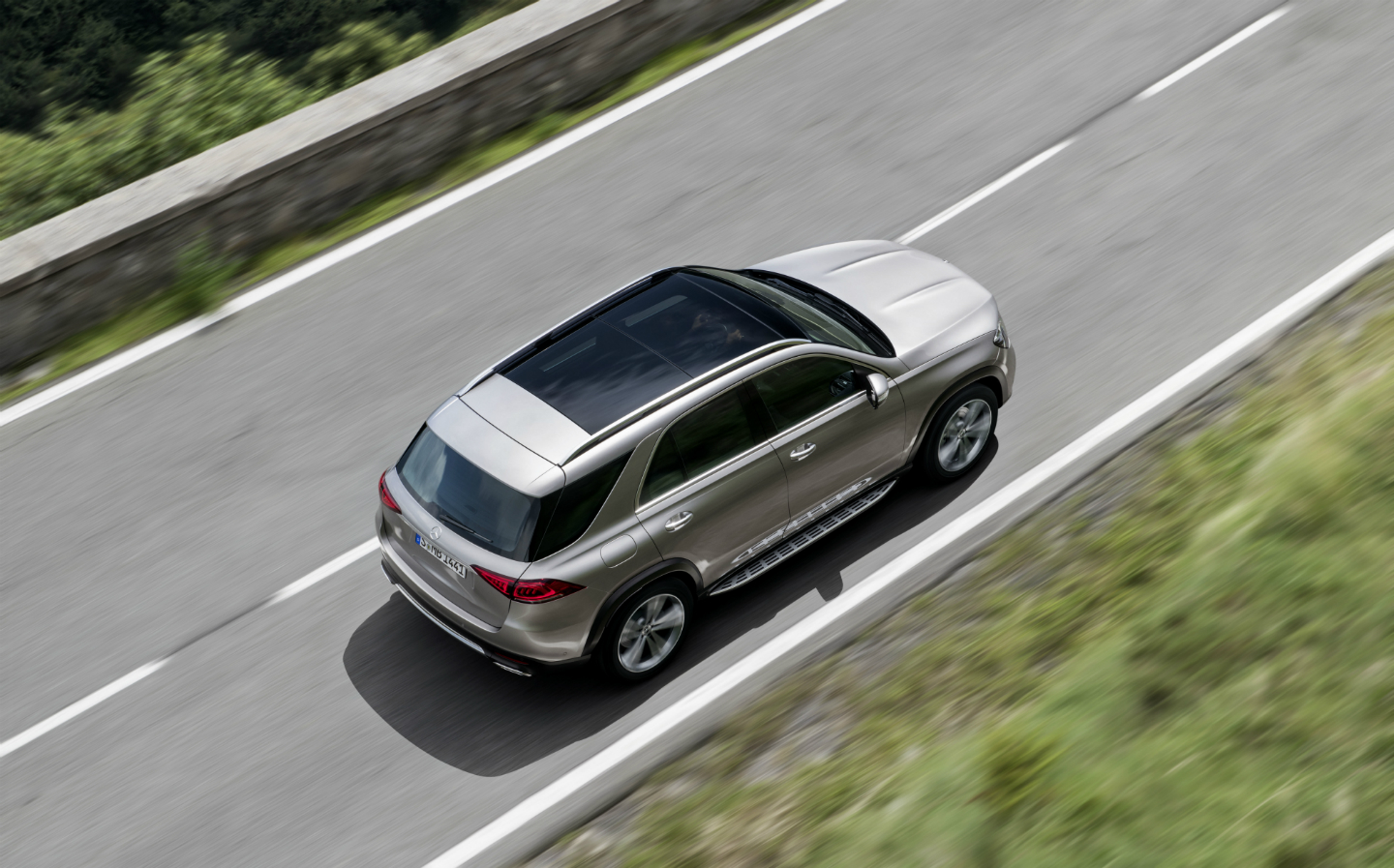 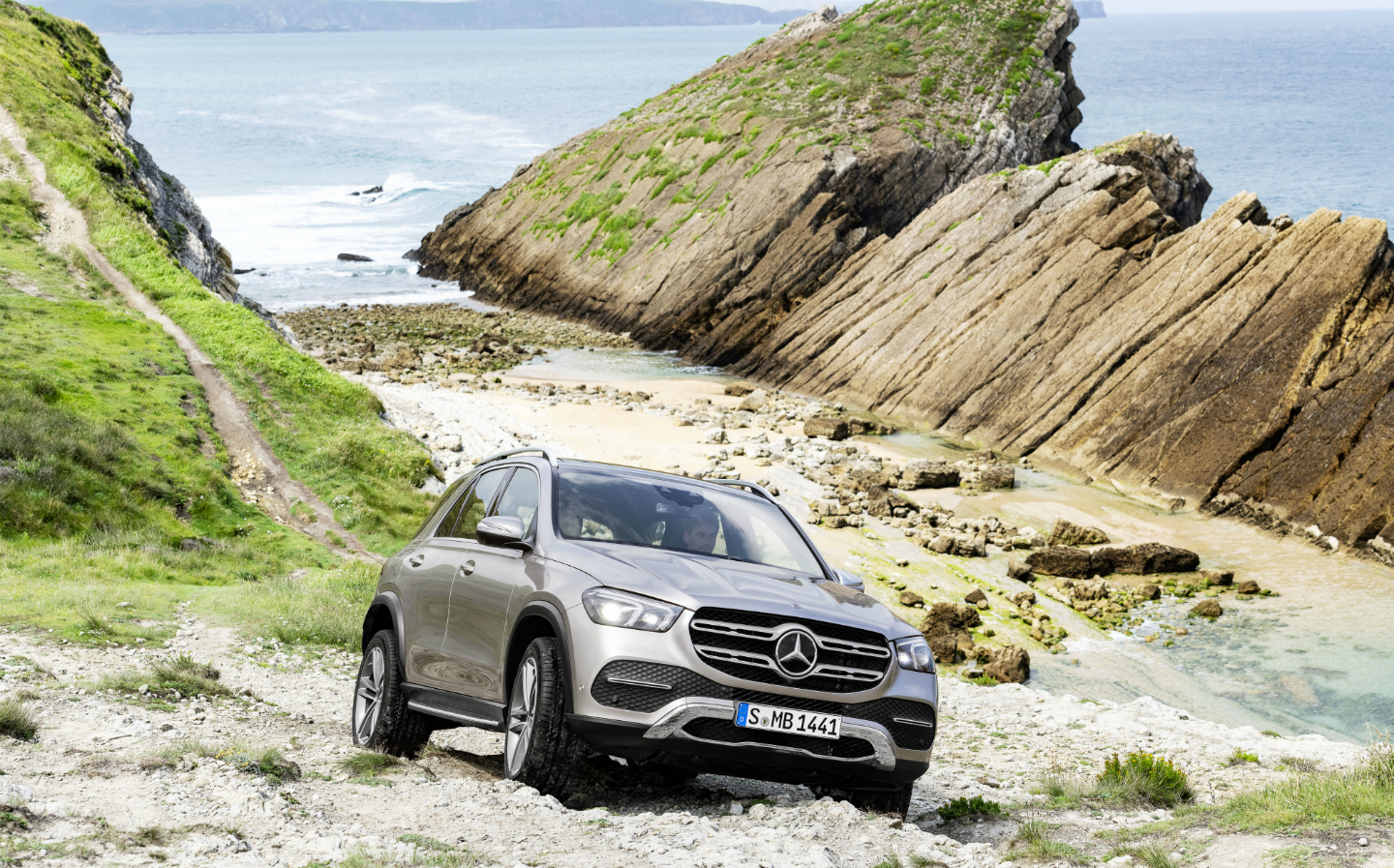 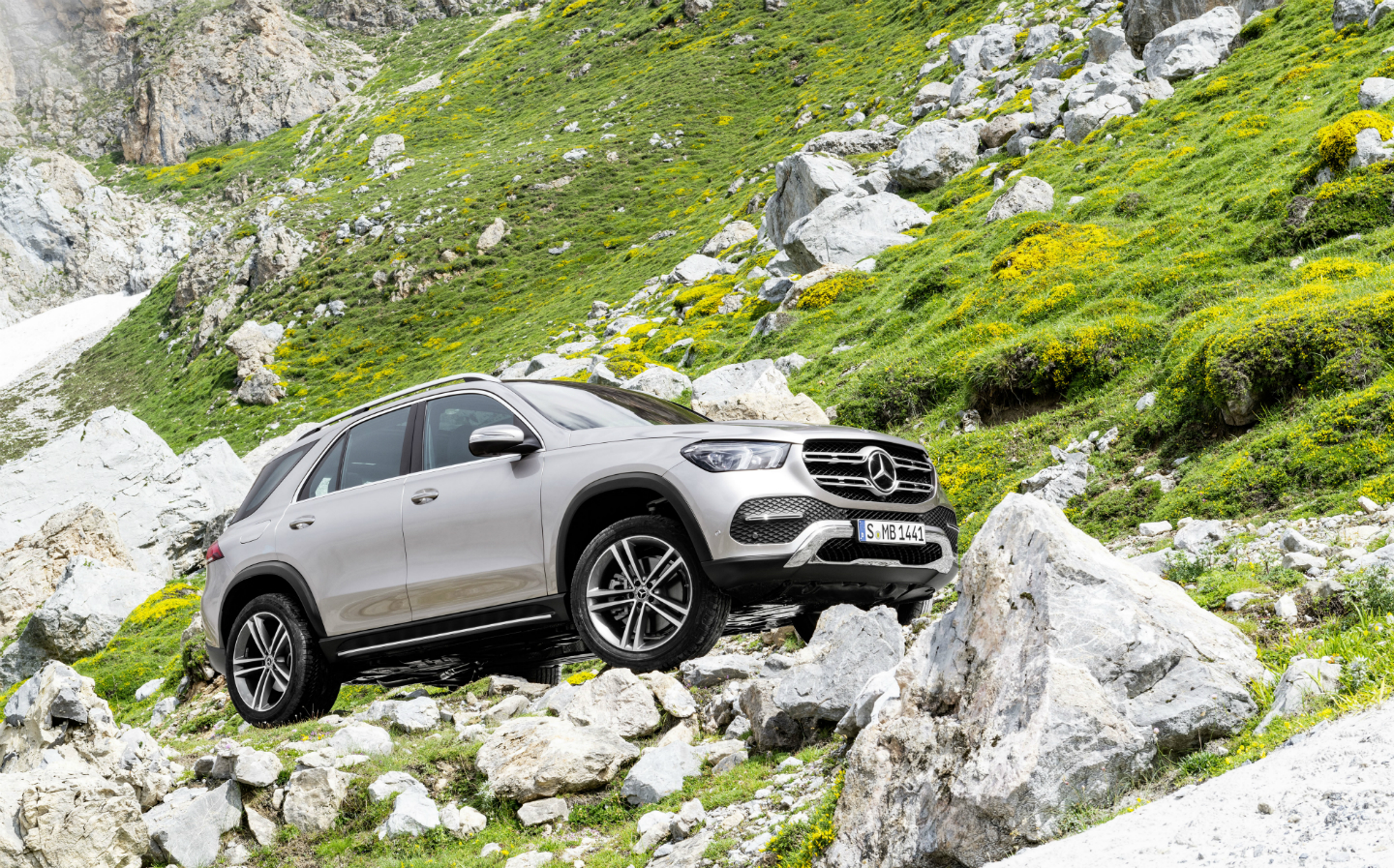 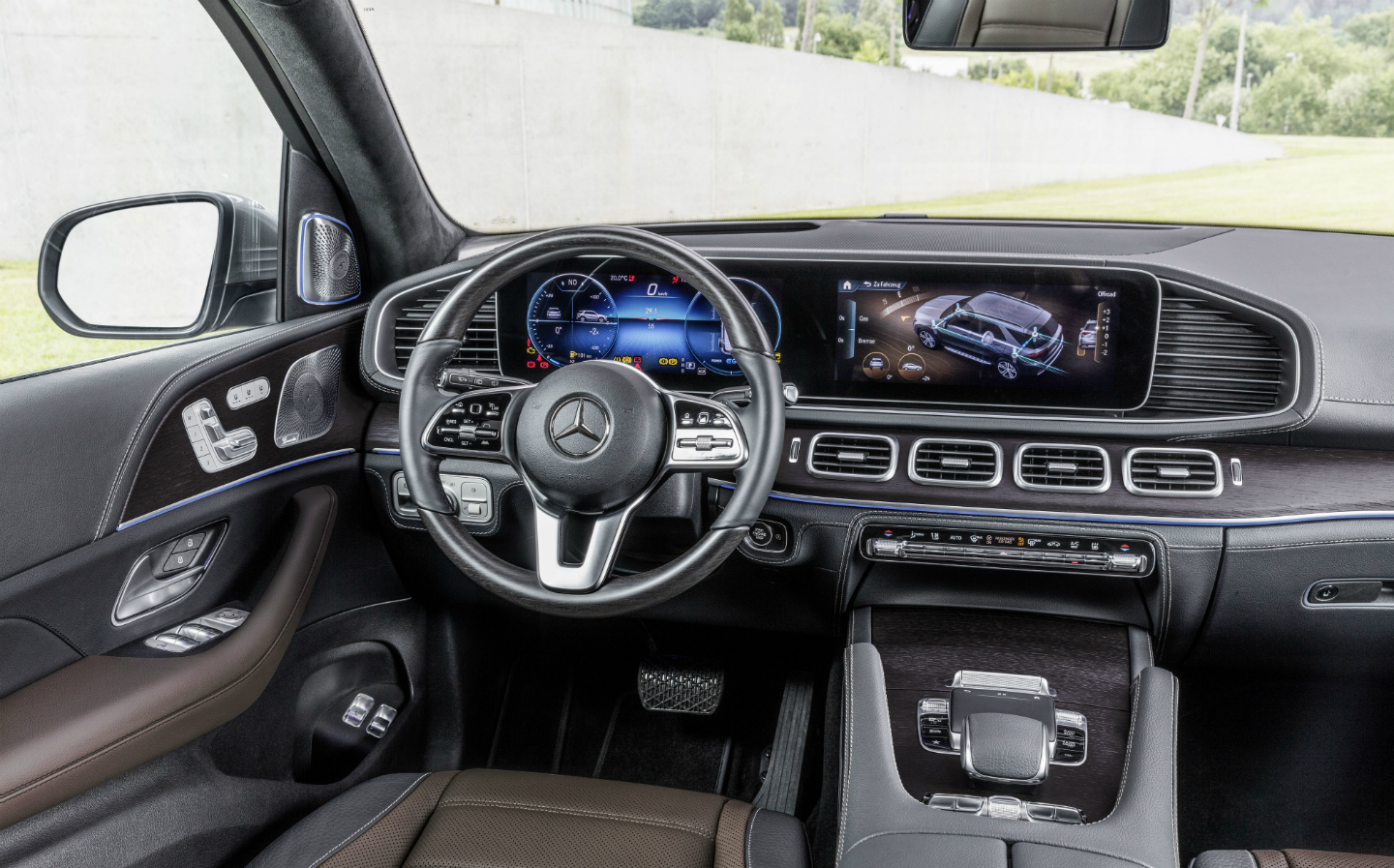 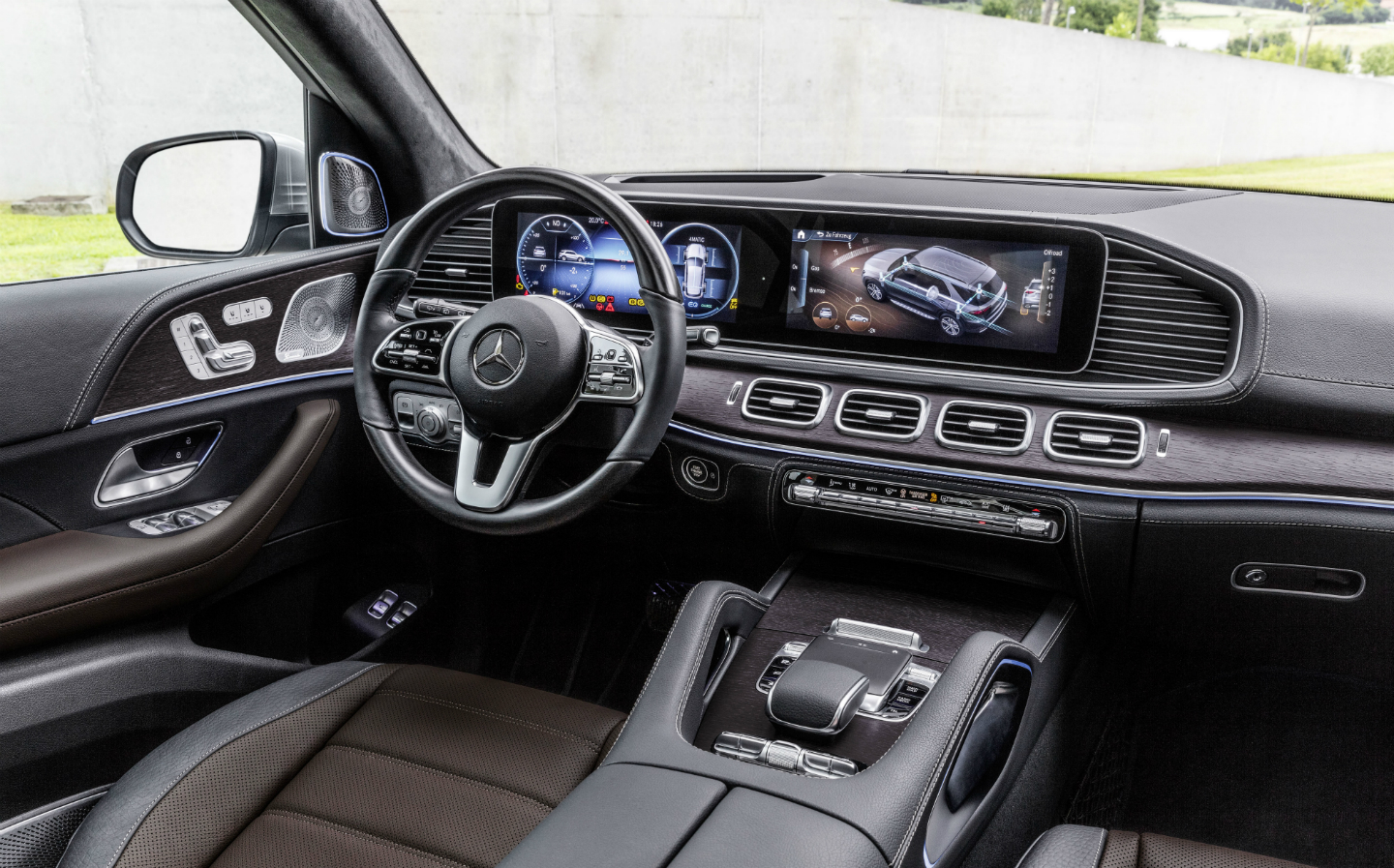 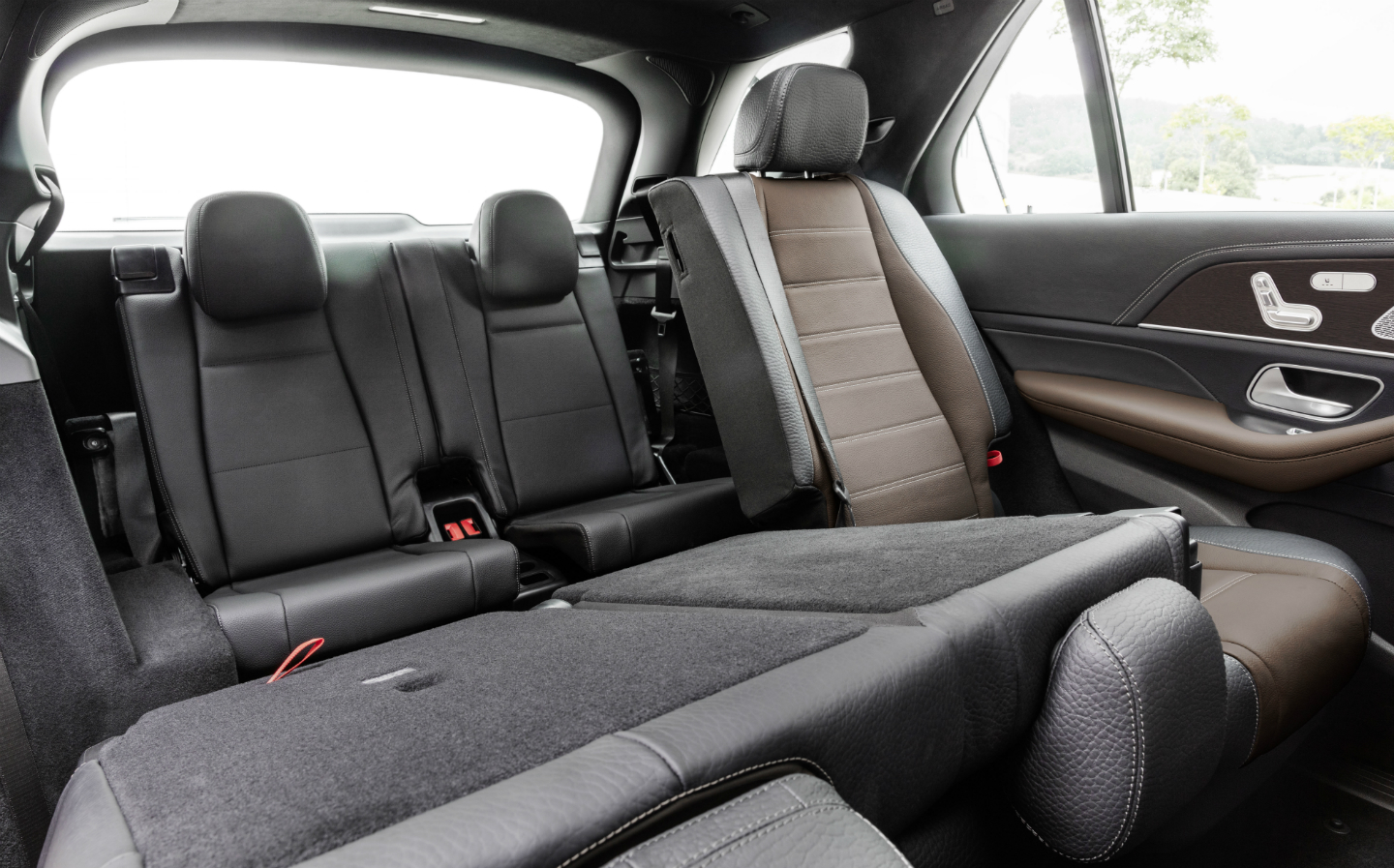 LET’S CONSIDER the most memorable part of 1997’s big screen dinosaur romp, The Lost World: Jurassic Park. The giant T-Rexes? Nah. Richard Attenborough as John Hammond, the park’s lovable santa-alike owner? Close, but no. It was, in fact, the twin off-road prepped Mercedes MLs, one of which is used to help keep a giant laboratory from sliding off a cliff. Well, delay it, anyway.

The ML has come a long way since those Tyrannosaurus-bothering days. Now in its fourth generation, and having had a name change along the way, the new five- or seven-seat Mercedes GLE’s main job is to steal sales from the Audi Q7, BMW X5 and Land Rover Discovery.

Next to its more conservative alternatives, the Mercedes GLE’s exterior design is quite striking. Its large grille, with imposing Mercedes three-pointed star, combine with bonnet domes and prominent LED headlights give a butch look at the front, while at the rear, more LED lighting and a wide, squat stance continues the granite-hewn aesthetics.

And Mercedes has continued the in-your-face styling inside, where you’ll find sweeping lines, piano black trim and chrome accents. It’s all far more interesting to behold than the efforts from Audi, BMW and Land Rover, even if Audi still manages to offer the best build quality of the lot by a small margin.

BMW still makes the best infotainment system, but Mercedes is only just behind. The GLE comes with two huge 12.3in screens that sit side-by-side and look quite simply sensational. The right one can be controlled by touch or via a central controller at the base of the dashboard. The menus are simple to follow, too, and it’s worth adding Mercedes’ brilliant augmented reality to the sat-nav.

Tall adults sat in the GLE’s first two rows will be very happy. Rear knee room, in particular, is extremely generous, while even adding a panoramic sunroof doesn’t hinder head room in the back. A warning, though: if you go for a seven-seat model, the rearmost seats are best left for small children.

Two engines are available from launch — a four-cylinder 300 d diesel, and six-cylinder 450 petrol with a 48-volt hybrid system for electric boost assistance and improved economy. The 300 d is quick enough and returns respectable fuel economy, but is a little vocal when pushed hard. The 450 petrol is much quicker, yet also smoother and quieter, but will demand more fuel in return.

We’ve also tried the 335bhp, six-cylinder diesel 400 d, which will join the range later. It suits the GLE better than the other two engines, providing strong performance yet smooth operation and decent driving range between fills.

Don’t expect the GLE to out-handle a BMW X5; Mercedes has focused on comfort and quiet and in both respects the GLE is very good, if you pick the right model.

Entry-level 300 d diesels can’t have air suspension, so feel less settled over ruts and bumps. The 450 and 400 d get air suspension as standard and feel more comfortable both in town and on the motorway. All lean more through tight corners than an X5, though, and don’t steer with quite as much precision, although on the plus side, all keep wind and road noise nicely at bay on the motorway.

The Mercedes GLE has just one trim: AMG Line. It comes brimming with standard equipment but Mercedes has made adding options simpler by grouping them into packs such as Premium and Premium Plus. These include things like memory seats, wireless charging for your smartphone and keyless entry. Mercedes’ optional Driving Assistance package also includes more of the latest active safety systems, including one of the best semi-autonomous systems on sale.

Despite all this equipment and tech, the GLE is, broadly speaking, priced in-line with the Audi Q7 and actually slightly undercuts a BMW X5.

So, if your large premium SUV will often carry more than five passengers, then a Land Rover Discovery is still the best choice, while keen drivers should look to the BMW X5 for the most fun. But if the GLE is big enough for you, and comfort, quiet and tech are paramount, then stick your name down for a test drive, pronto.