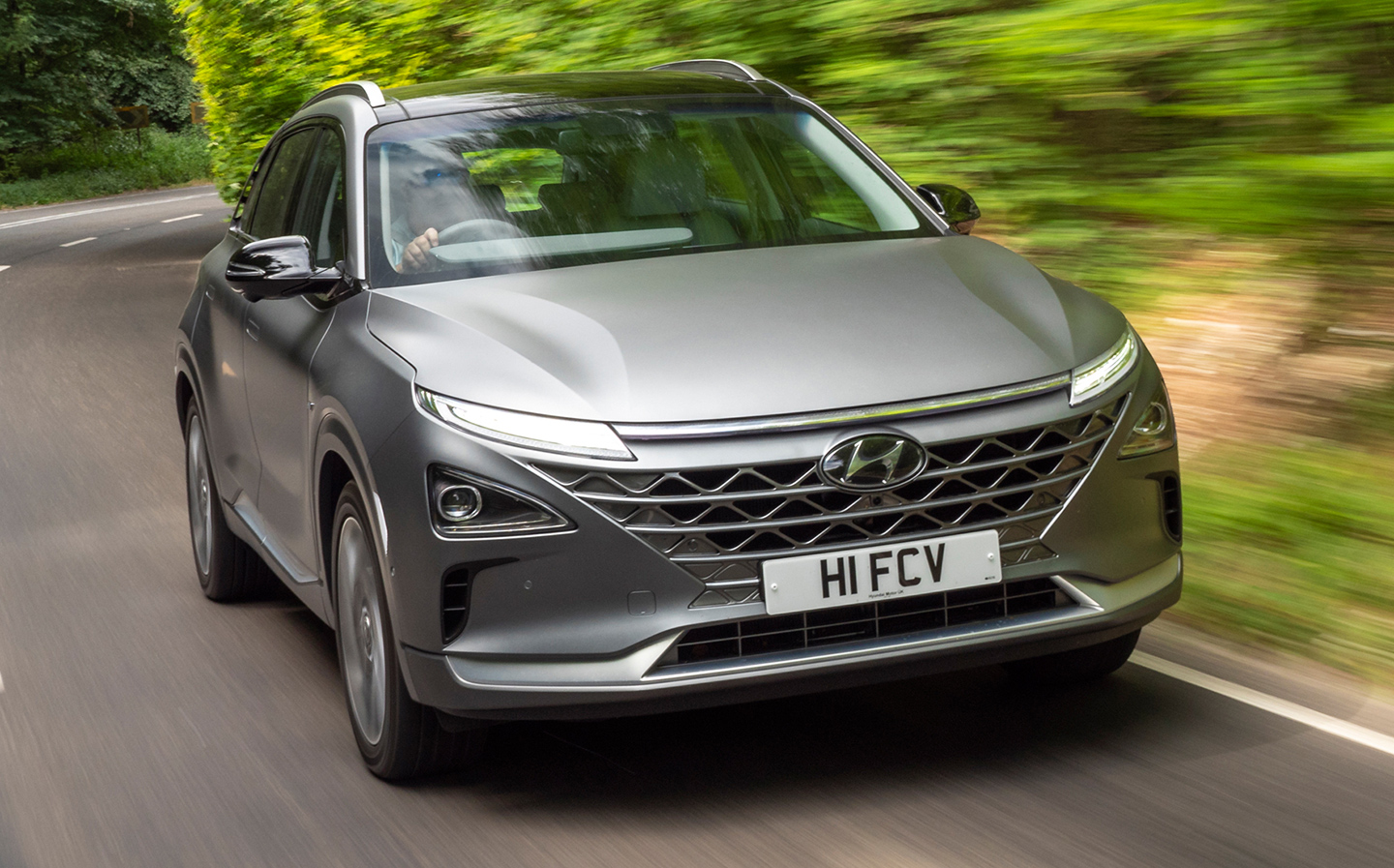 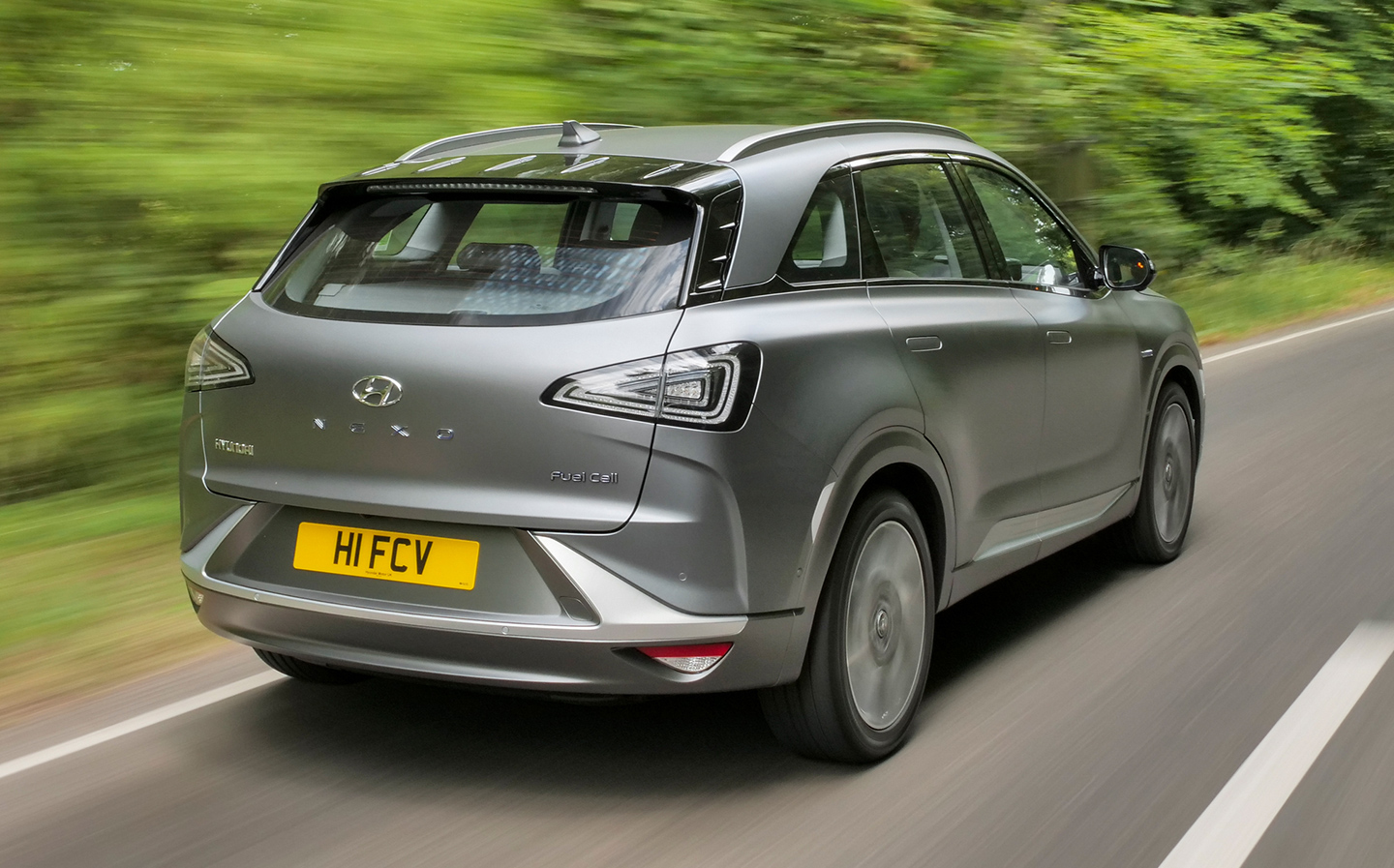 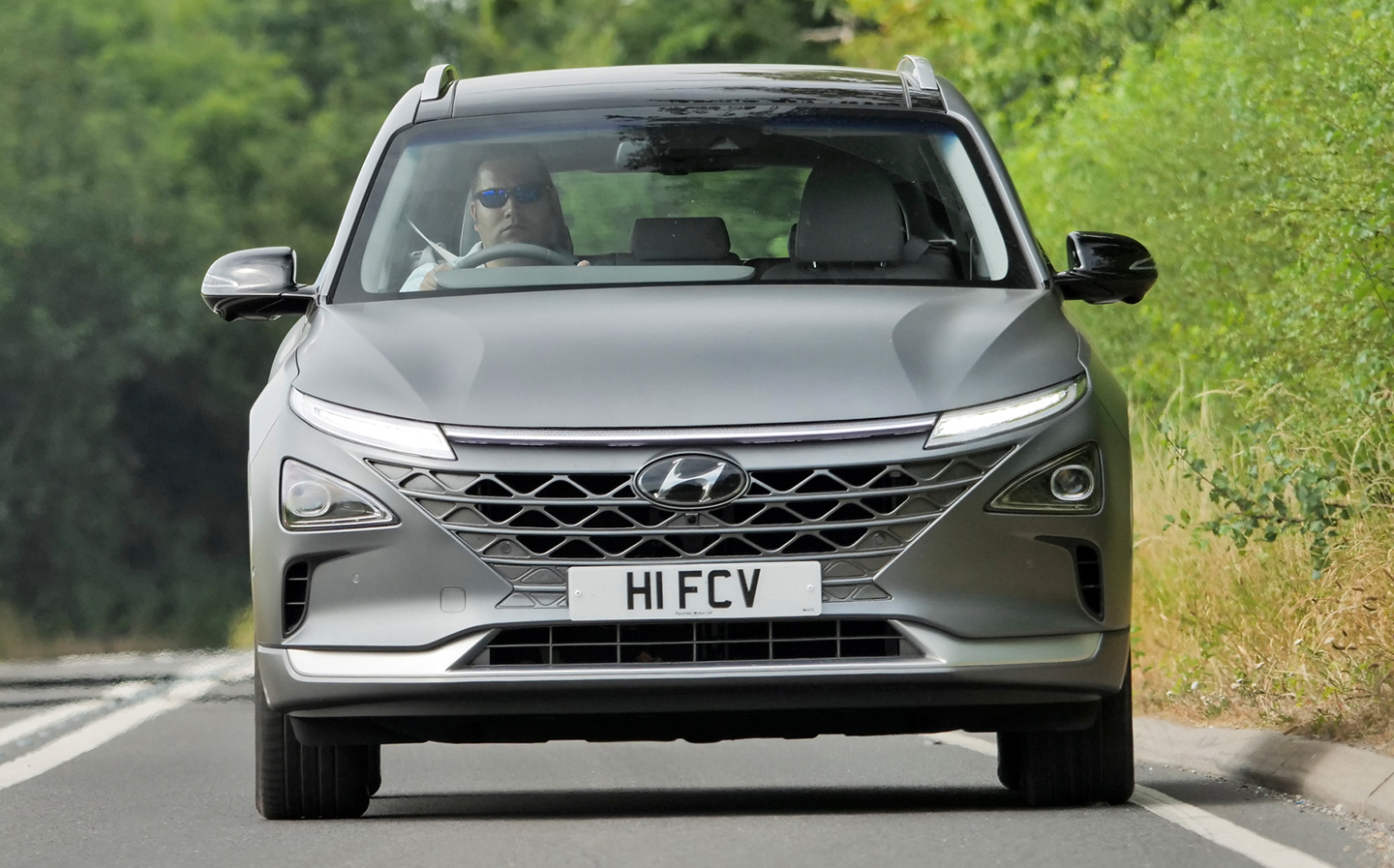 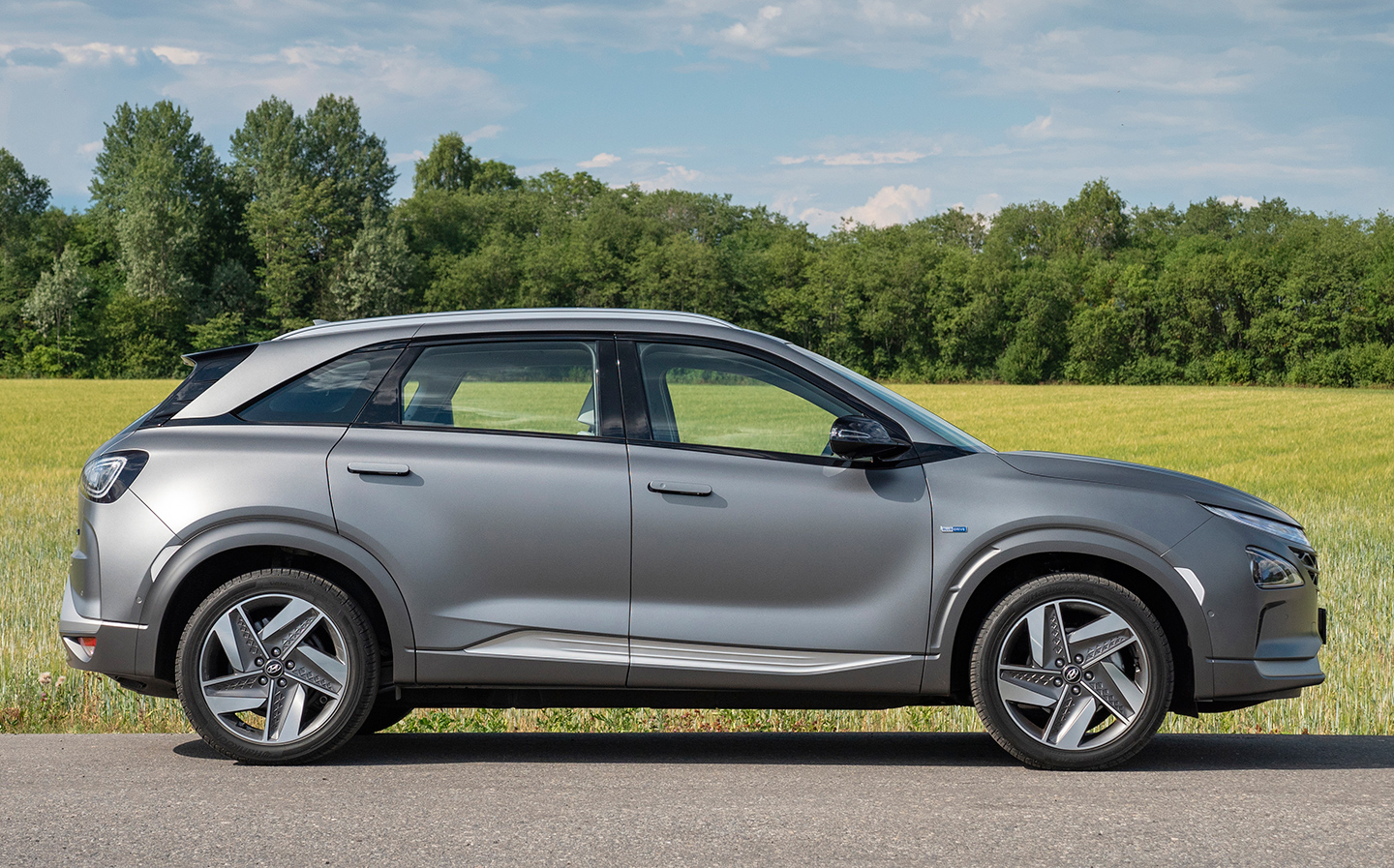 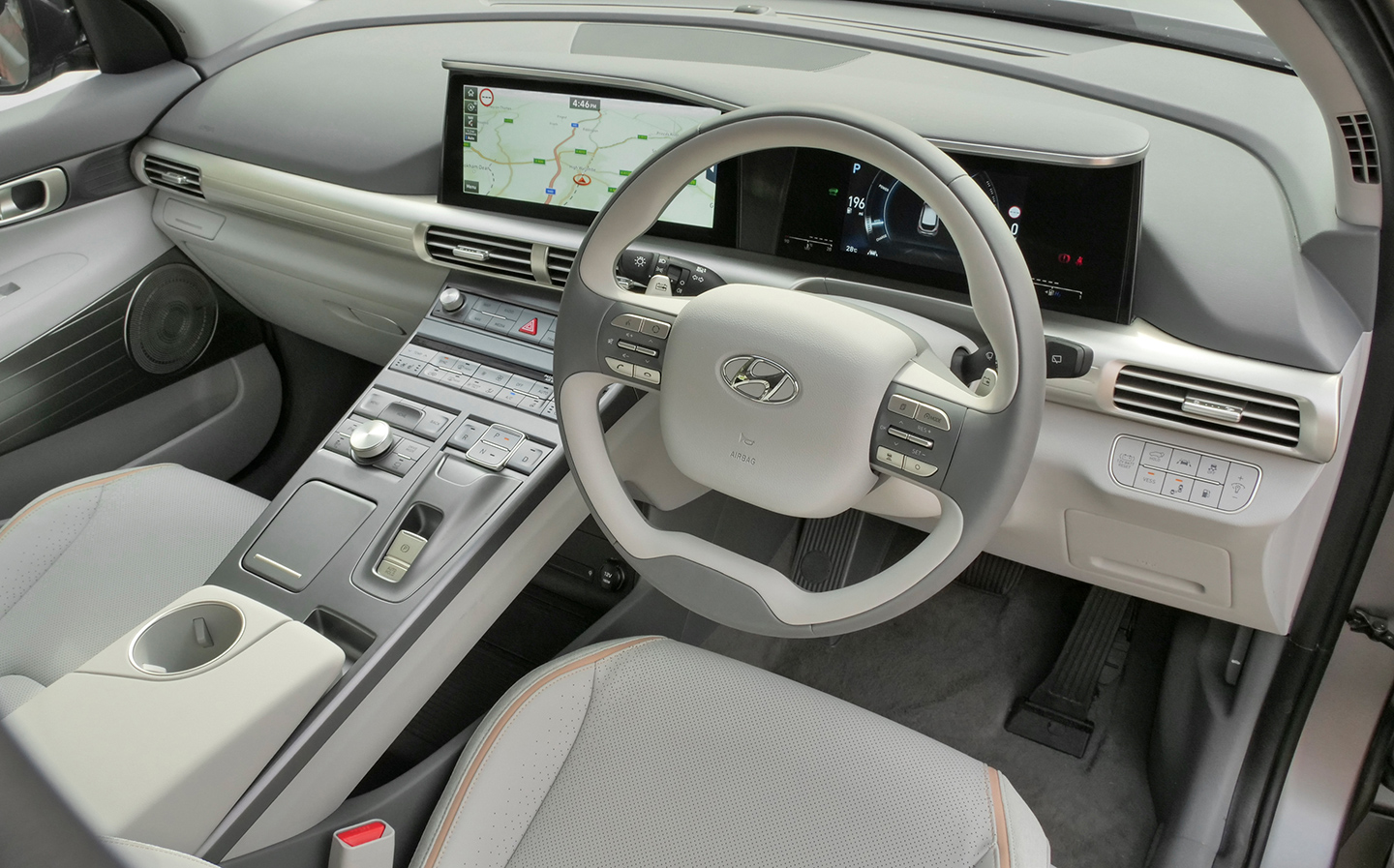 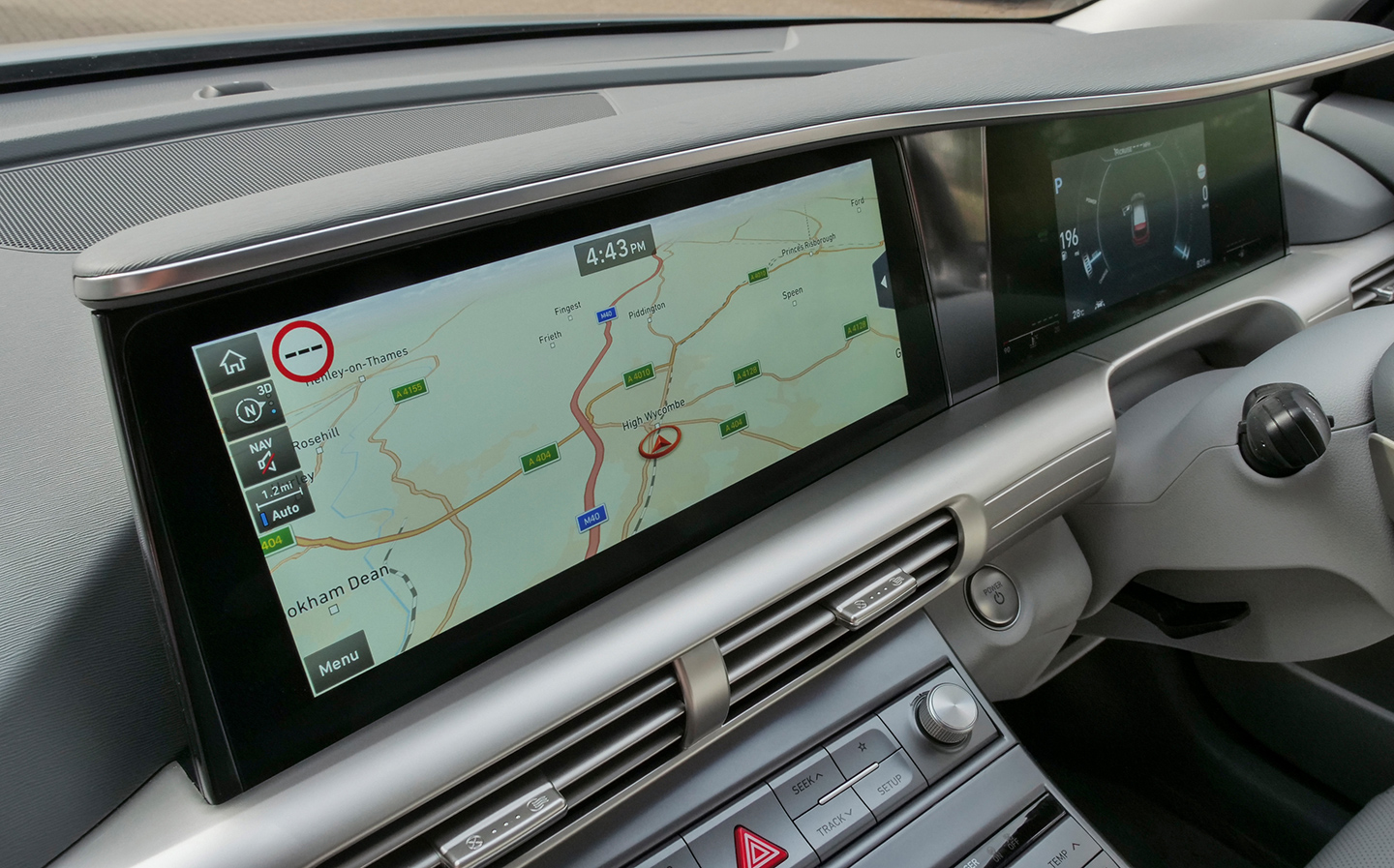 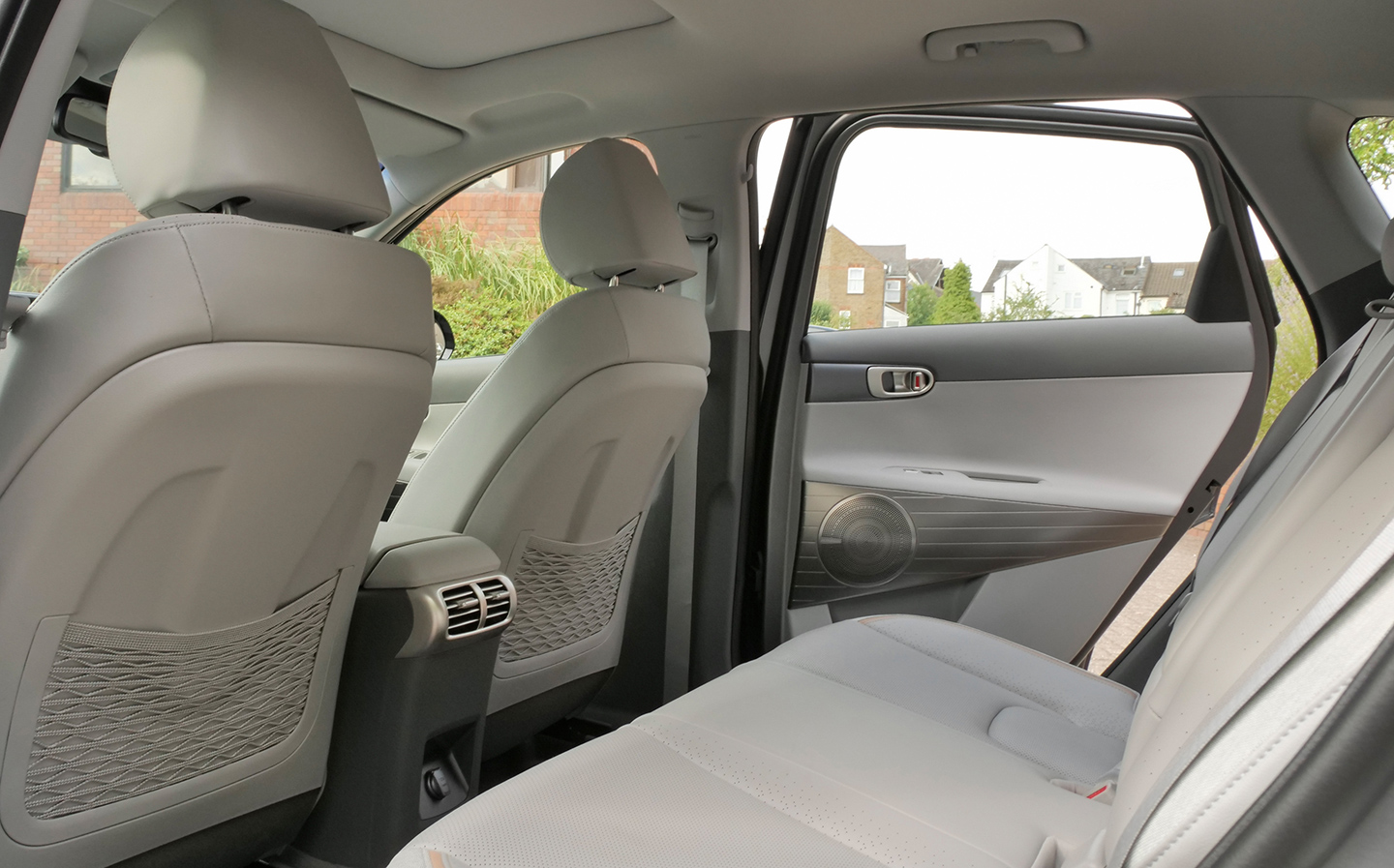 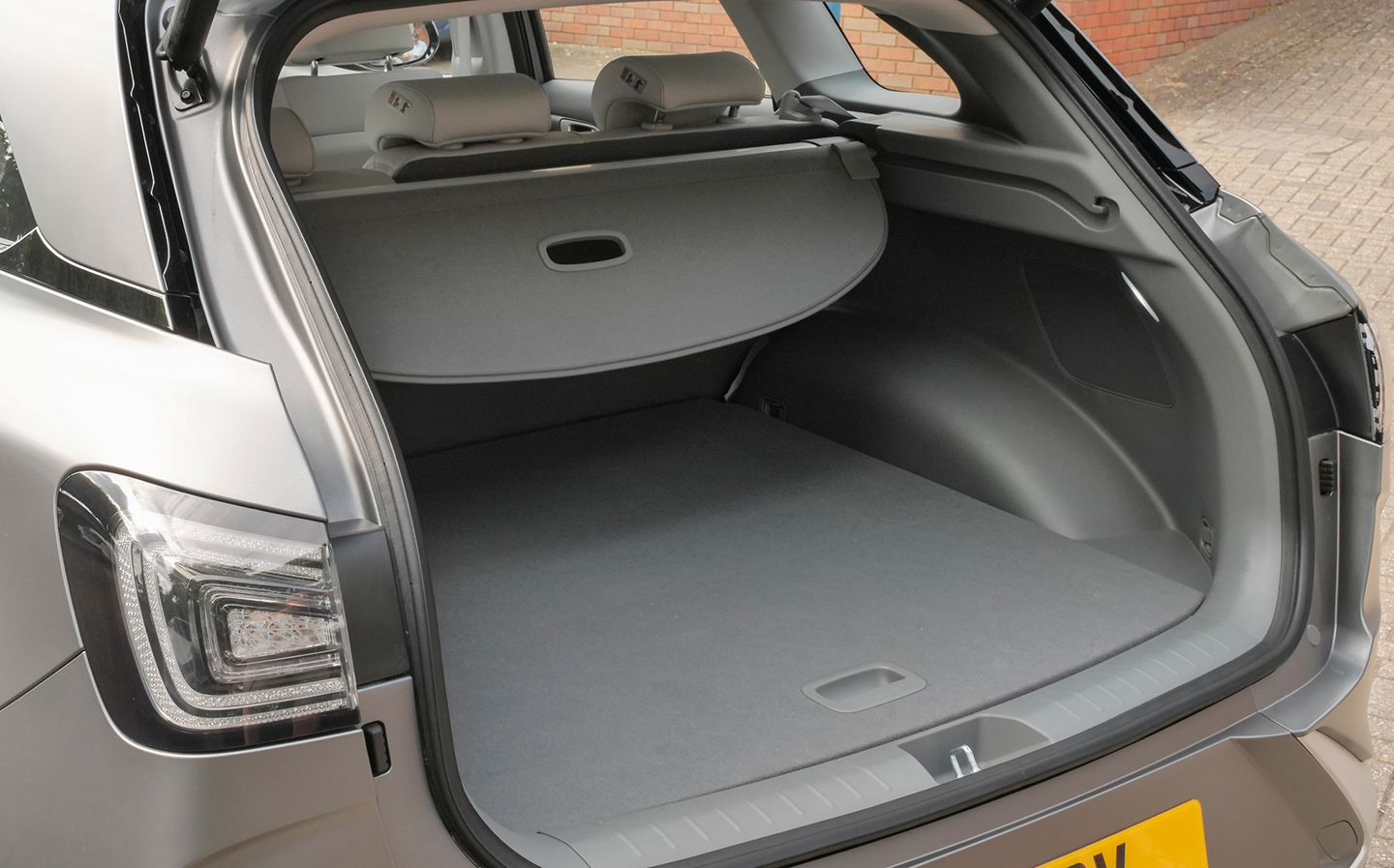 THE Hyundai Nexo is the first proper hydrogen-powered SUV you can buy from your local showroom, according to its South Korean maker. Until now most hydrogen cars on Britain’s roads have been leased, or available only to corporate customers.

So could the Nexo catch on? After all, hydrogen is the most abundant element in the universe and mile for mile is cheaper than petrol or diesel. There are financial incentives too: hydrogen-cell cars are classed as zero-emissions vehicles, so you’ll pay no vehicle tax or congestion charge, and you qualify for the government’s plug-in grant, which knocks £4,500 off the Nexo’s expected £60,000 price.

Plus, unlike battery-powered cars such as the Tesla Model S or Nissan Leaf, it takes just five minutes to refuel, and it will travel more than 400 miles between stops — double the range of most electric cars. On paper, then, it has the advantages of battery power without the drawback of lengthy recharging.

The elephant in the showroom is that Britain lags behind other countries in building hydrogen refuelling stations. The Nexo may be a remarkable piece of engineering, but that’s no use if there’s nowhere to fill up, and at the moment fewer than half a dozen UK service areas have publicly usable hydrogen pumps.

Hyundai says that by the time the Nexo is available next year, Britain will be catching up with countries such as Germany, Denmark and Norway, which have fast-expanding hydrogen fuel networks. With more filling stations, customers will be drawn to hydrogen by the tax advantages, as they are in Japan and California.

True, the Nexo won’t necessarily satisfy climate change campaigners: most hydrogen is made from natural gas, and to extract it from water you need large amounts of electricity, which may require fossil fuels to generate. But at least it’s not adding to air pollution in cities.

Propulsion in the Nexo is via an electric motor on the front axle, powered by compressed gas stored in three 52.2-litre tanks concealed beneath the floor.

Buyers will get a lot for their money. Each car costs 10 times more to build than what it sells for

Tesla’s Model S may be more fun to drive, with the options of “Insane” and “Ludicrous” power settings that provide enough kick in the highest-spec model to reach 62mph in less than three seconds. By contrast the Nexo’s 0-62mph time is a sedate 9.2 seconds. But, as in the story of the hare and the tortoise, battery cars lose time when they stop to recharge.

Filling up the Nexo is more complicated than with a petrol or diesel-powered car, but just as quick when you get used to it. You insert the nozzle into the tank so it seals itself into position and wait while the system checks for leaks before a compressor starts. It shuts off automatically when the tank is full.

Driving it is as simple as: switch on; drive off. It’s comfortable and quiet, considering the electro-chemical reaction that’s fizzing away at your feet. On country roads you can hear birdsong, and when you’re cruising at motorway speeds the only sound is a gentle whine from the electric motor.

The cabin is minimalist, which is a slight disappointment when you consider that hydrogen is the stuff that fuels nuclear fusion in the sun. Surely it should resemble a starship.

But the dashboard provides plenty of data about the hydrogen reactor for those who want it. And there’s other clever technology in the submenus, including a blind-spot warning system that when you indicate shows an image of the side of the car — looking rearwards — so you know what’s approaching from behind on the left or right side.

The infotainment screen provides a readout of the number of miles left in the tanks and has a handy map of refuelling stations. Unfortunately, this reminds you how few there are. On a 300-mile round trip from London to the south coast I passed only one, at Cobham services on the M25.

Prospective buyers in Britain will have to wait at least three months for delivery. “It would be easier for customers if they are located within, say, 30 to 40 minutes of a refuelling station, [but] if they are happy to drive further, that is their choice,” the company advises.

One other redeeming feature is that the brave souls who take a gamble on the Nexo will get a lot for their money: each car costs Hyundai roughly 10 times more to build than it sells for. That’s more than a couple of Ferrari 488 Pistas — something to brag about to the neighbours, surely.

Driving it is as simple as: switch on; drive off. It’s comfortable and quiet, considering the electro-chemical reaction that’s fizzing away at your feet.

Why so costly? Unlike its predecessor, the hydrogen-powered ix35, the Nexo was designed from the wheels up to run on hydrogen, as opposed to being adapted from a fossil-fuel SUV. The company’s loss is your gain, in that sense.

The problem is that, even at the loss-leader price of £55,500 after the £4,500 plug-in discount, the Nexo is not cheap. A similar outlay would get you a Land Rover Discovery or Volvo XC90. So why would anyone buy before the refuelling network is in place?

There have already been false dawns over hydrogen, and many big manufacturers have now thrown their weight behind battery-powered electric vehicles, believing them to be a better prospect than fuel-cell ones. BMW and Mercedes, which took an early lead in hydrogen, have since pulled out, leaving Hyundai, Toyota and Honda as the main contenders.

The UK government is backing it, however, boasting that Britain is “at the forefront of early adoption, alongside California, Japan and Germany”. That’s a vast overstatement, unfortunately.

The Office for Low Emissions Vehicles (Olev), a quango financed by two government departments to the tune of £900m, claims there are 15 refuelling sites open to the public. When we checked, ITM Power — one operator — has five, with a sixth due to open in Swindon next month. At the time of going to press, Olev had failed to answer requests for details of the other nine, or how drivers could access them.

Of the £40m in UK taxpayers’ money so far earmarked for hydrogen-related projects, at least some seems to have evaporated. Olev says it has been spent to “align deployment of fuel-cell electric vehicles with the appropriate infrastructure investments to ensure significant levels of station utilisation”, an exercise involving questionnaire surveys and paper-shuffling. You could be forgiven for thinking that hot air rather than hydrogen was the government’s main objective.

By contrast California has a $20m (£16m) annual programme that will put a refuelling station within reach of most people there by 2025, and it’s possible to drive on hydrogen from one end of the state to the other. If anything, Britain’s denser population and shorter average driving distances make hydrogen’s economics more attractive here than in America.

When Arnold Schwarzenegger was “Governator” of California, he toured the state in a hydrogen-powered Hummer to promote the fuel. Maybe Britain needs its own hydrogen champion. Suggestions, please, on a postcard.

And if anyone from Olev is reading this, they can tell readers how exactly they can refuel at the 15 publicly accessible stations it boasts of. At least it would make them feel better about how their money is being spent.