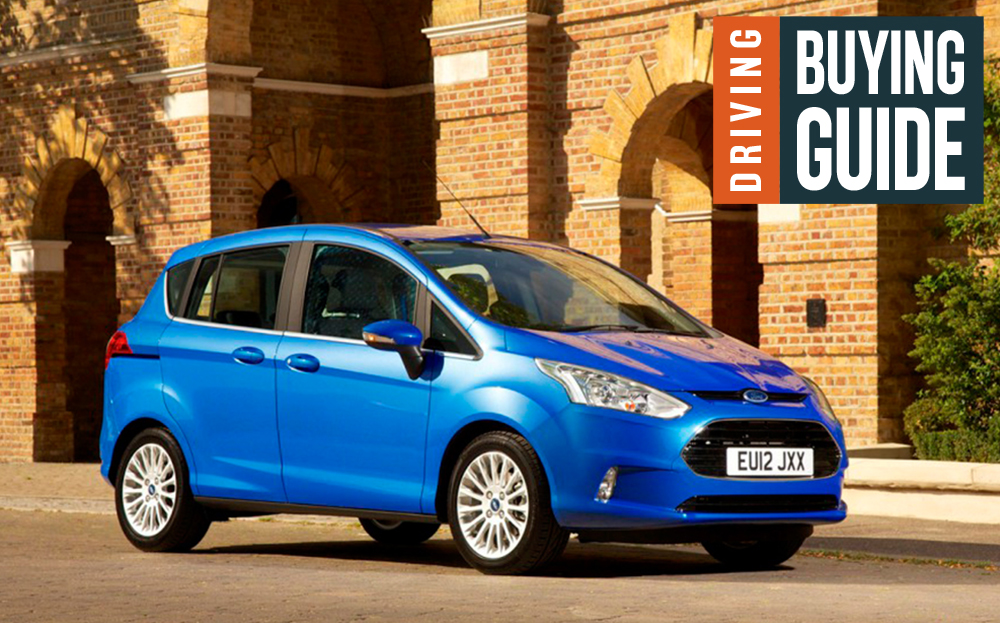 SET THE alarm clock an hour earlier and brace yourselves, parents. It’s September, and that can mean only one thing: the start of the school run.

The school run used to mean exactly that when I was a child: a sprint to the main gates before they closed, shirt untucked, dinner money missing and homework half finished.

These days, as a father of three (ages 11, 6 and 1) who more often than not works from home, I find the school run has to be as smoothly controlled as air-traffic control at Heathrow or the start of the day descends into such chaos that I wish I could climb back into bed and pull the duvet over my head.

There are advantages, however. It gives me the perfect opportunity to test so-called family-friendly cars.

The past 11 years of parenting have been an immersive — and exhaustive — course in the finer workings of child seats, cupholders, sunshades and the streaming of favourite nursery rhymes from an iPhone. I can lock an Isofix-equipped child seat into place faster than I can snap off the top from a bottle of beer, and I know how to get melted chocolate out of upholstery so that strangers don’t recoil in horror after taking one look at the interior of your car.

The school run does not discriminate. It reveals which car companies employ designers and engineers that live in the real world and which ones skimp on experience and take on those who are wet behind the ears. It’s no good having a tablet-style touchscreen if the back windows don’t even wind down; the kids will complain of carsickness before you’ve even reached the school gates.

So mums and dads who find themselves cursing their current car and wishing for something a bit more practical for the school run — or indeed the next family holiday — should read on. The dog may still eat the homework, but these are the cars that will do the best job of getting the kids to school in one piece. 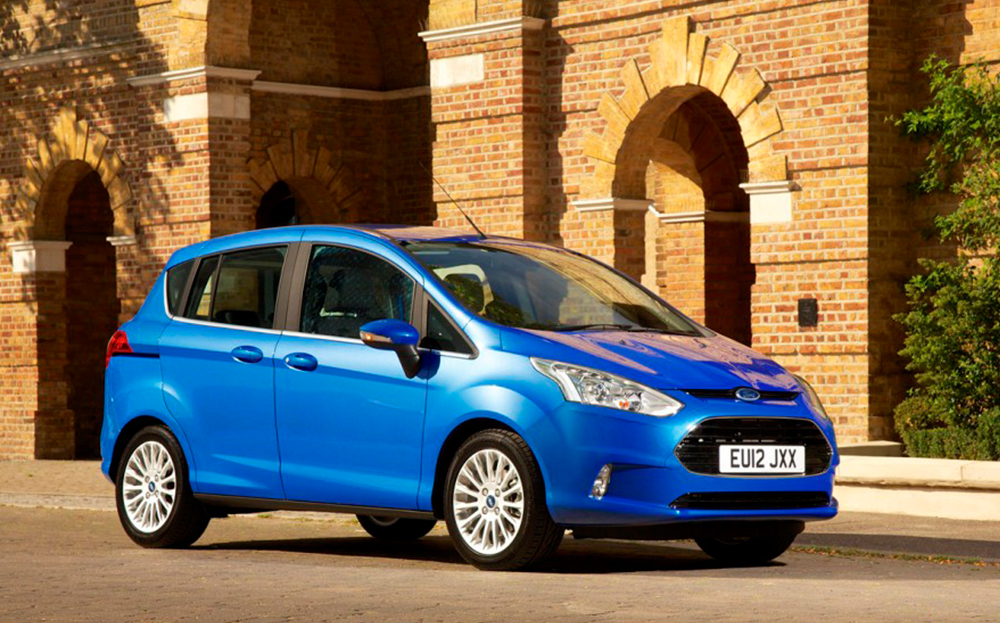 Whoever designed the doors of the Ford B-Max probably has one of those sleek kitchen extensions on the back of their house with glass bi-fold doors that open majestically to the elements. The B-Max feels like that. It has front doors that open conventionally, but the rear doors slide back and have no pillar between them to stop the children hopping out at the school gates.

For drivers familiar with the limitations of a conventional hatchback, this is a godsend. Lifting toddlers in and out of child seats no longer instantly induces backache. A high seating position means everyone gets a good view of the road ahead, and the B-Max feels compact, handles well on the road and is easy to park.

The 1-litre petrol version is as energetic as your kids but, fortunately, considerably cheaper to fuel and maintain. The interior is practical and flexible — for example, the front passenger seat folds flat to make space for little Johnny’s scale model of Saturn V. 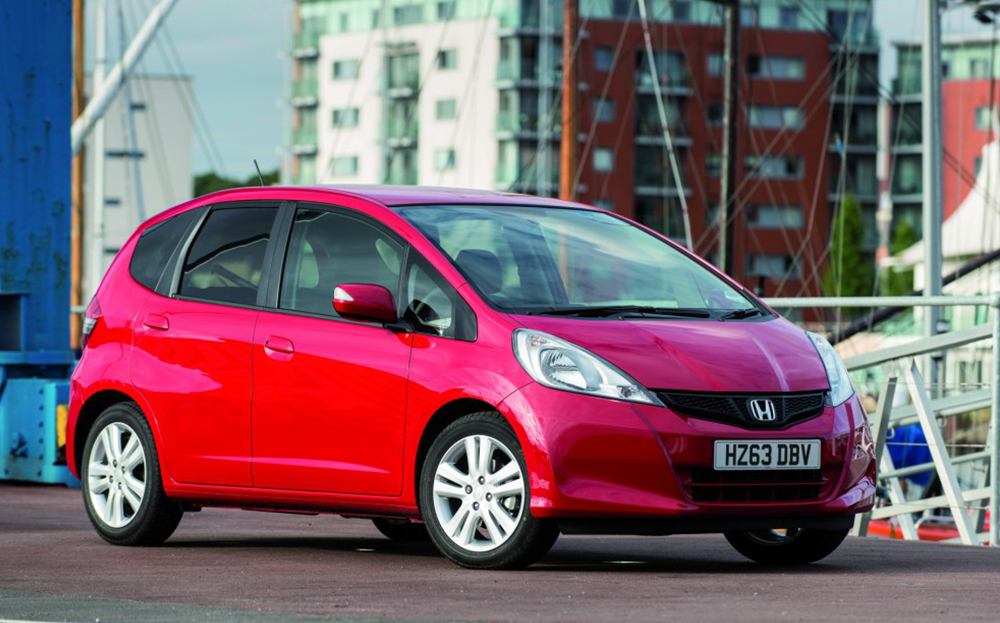 The Jazz has an ingenious interior and is the most reliable small car. Looks like a supermini; feels like the Tardis.
Price range £11,695-£20,245
Best for Low running costs and amazing reliability
Search for a used Honda Jazz 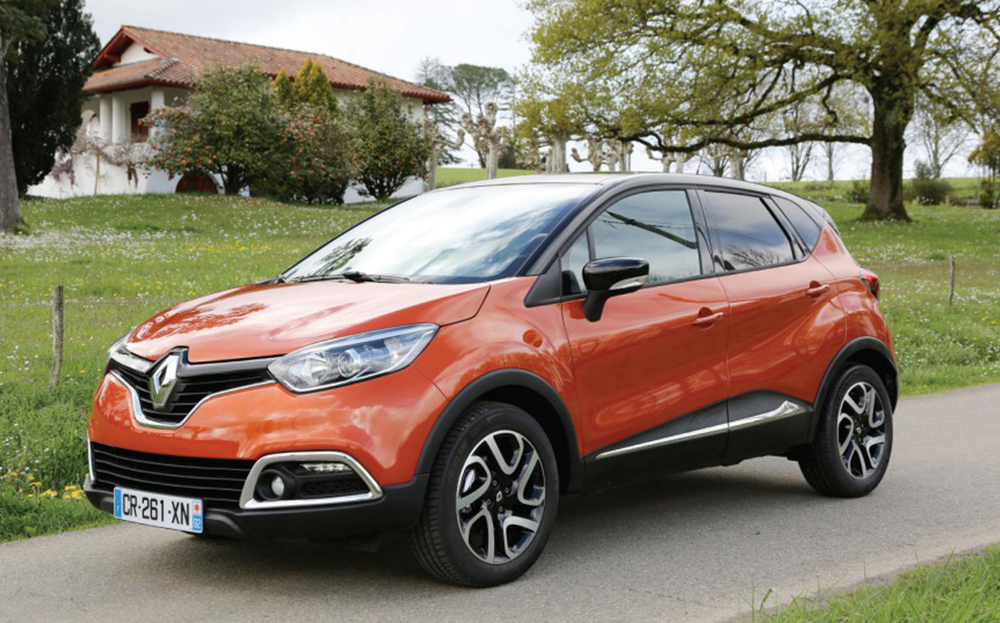 To the eye it’s not much larger than a Renault Clio, but the Captur is spacious on the inside and has winning features such as machine-washable seat covers. It’s also not much more expensive than the Clio.
Price range £12,495-£18,895
Best for Inexpensive to buy and to run; refined, even at speed
Search for a used Renault Captur 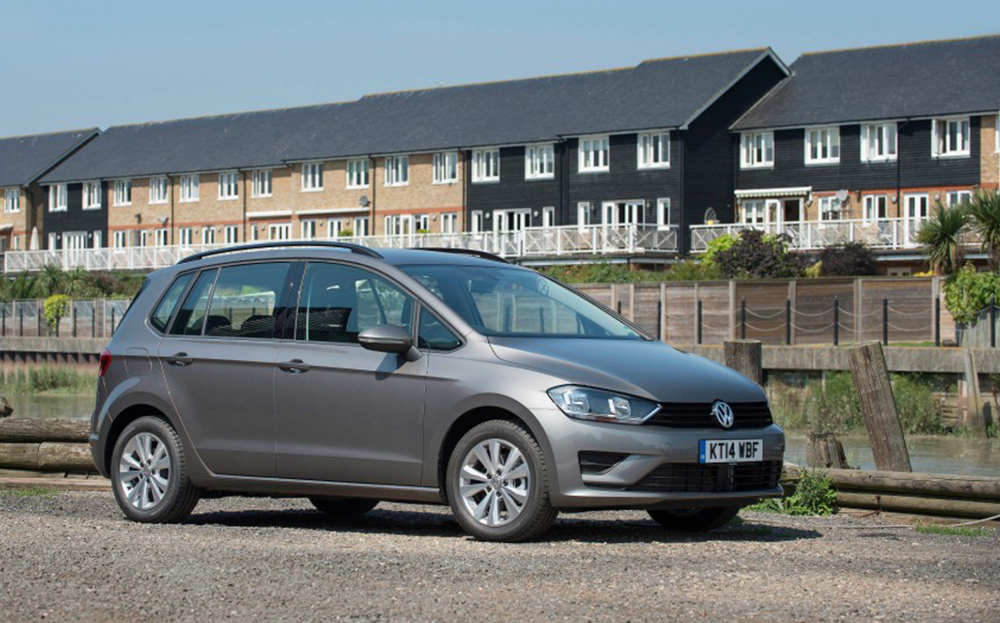 Pound for pound, the Golf is the best car on sale today. But ask mums or dads what they’d like from a Golf when it comes to loading and unloading the kids at the kerbside, or even lanky teenagers drifting reluctantly towards the school gates, and the answer is always the same — a bit more space. The SV version of the Golf offers exactly that: it’s 126mm taller than a regular Golf, and the distance between the front and rear wheels — which typically dictates how spacious a cabin can be — has grown by 48mm. Yet it’s a lot shorter than a Golf estate, so it feels more agile and is easier to wedge into a space as you jostle for position in the traffic at drop-off and collection time.

There’s a sliding rear seat, so little ones can be closer to or further away from the grown-ups, and the boot is a handy 120 litres larger than that of a Golf hatchback — helpful for stashing the hockey sticks and football boots out of harm’s way.

Price range £18,875-£26,815
Best for Squeezing as much space as possible out of the family hatchback
Search for a used VW Golf 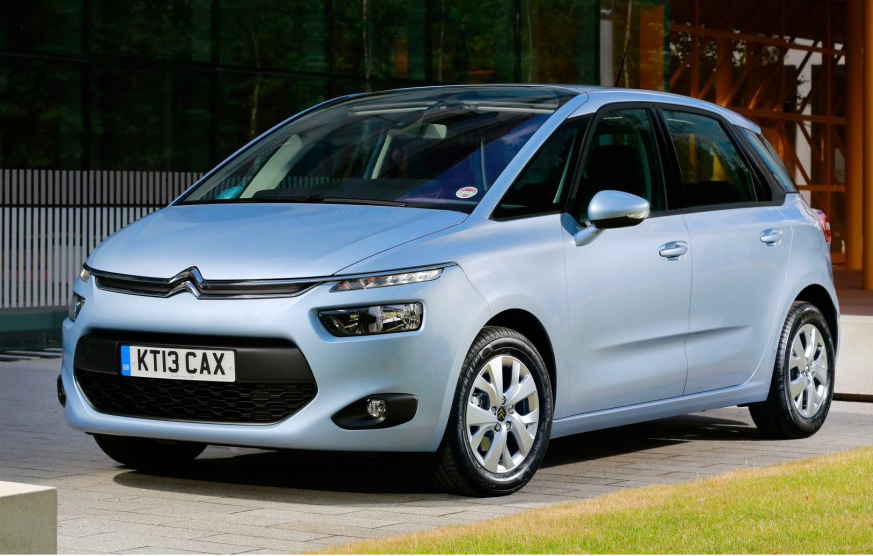 As competitively priced as it is practically laid out, the C4 Picasso deserves to be one of the most popular cars on the school run.
Price range £17,760-£25,410
Best for Value
Search for a used Citroën C4 Picasso 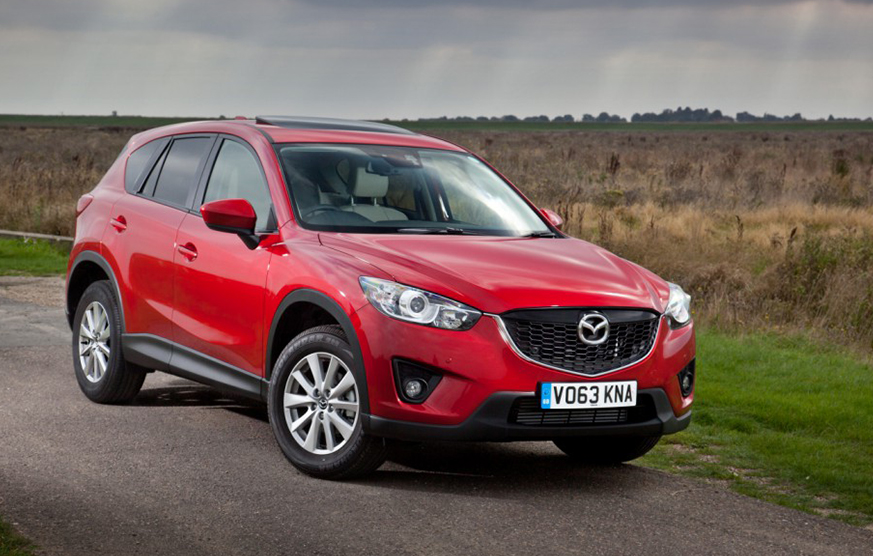 The CX-5 is one of the few crossovers that feels good to drive yet delivers low running costs.
Price range £21,595-£28,895
Best for An SUV that’s not just practical but fun to drive too
Search for a used Mazda CX-5

If you have more than three children or are doing your bit with other parents to share the burden of the school run, you’ll need more than five seats. The Seat Alhambra and Volkswagen Sharan are the most spacious and practical MPVs on the market — as good as identical bar the badges on the bootlid — but the Seat gets our nod here because the 2.0 TDI 140, the version with the best engine, is cheaper. And what parent doesn’t jump at the chance to save money?

The huge sliding rear doors and tailgate open and close electrically at the touch of a button. There are six Isofix child-seat mounting points, the outer seats in the middle row have tray tables for putting the last-minute finishing touches to homework and there are neat practical features that Volvo drivers will recognise, such as a built-in booster cushion that can be raised out of one of the back seats when needed — perfect for those parents who find themselves coming home with one more child than expected. 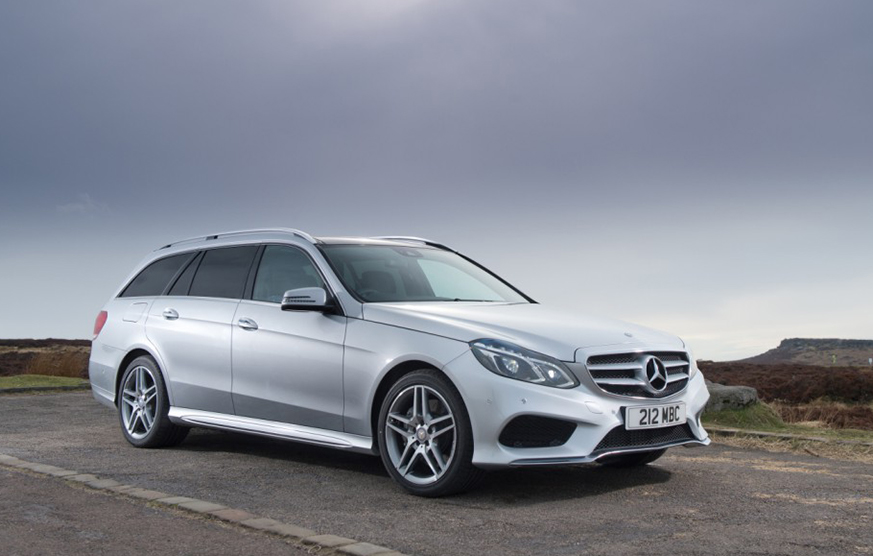 Not only the most spacious estate car on the road, but the only one you can order with a third row of rear-facing seats.
Price range £36,060-£85,900
Best for Looking posh at the school gates
Search for a used Mercedes E-class estate 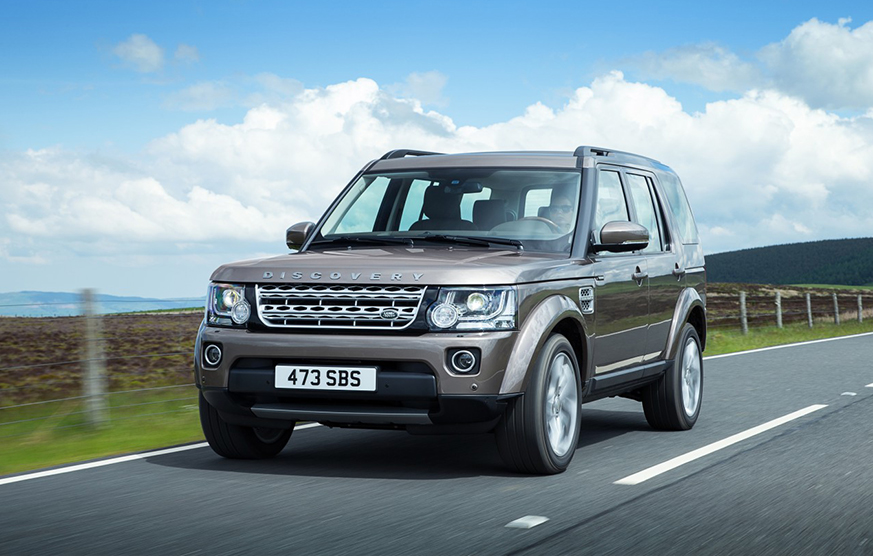 The Volvo XC90 is old and is to be replaced this year, which leaves the Land Rover Discovery temporarily holding the baton as the toughest seven-seat workhorse of all the SUVs.
Price range £41,595-£59,965
Best for Getting seven to school in snow
Search for a used Land Rover Discovery

And three to avoid

Some cars that are designed for the school run should be placed in detention. Take the Mini Clubman: it may seem a slightly more practical version of the stylish runaround, but it has only one back door — a door that is on the driver’s side, so it opens into the road.

As any parent could have told Mini’s designers, children and roads don’t mix. But apparently the company didn’t want to go to the expense of altering the left-hand drive bodywork for British car buyers.

Then there’s the Citroën C4 Cactus, otherwise known as the bubble-wrap car. It’s built to withstand parking scrapes, but unfortunately that isn’t of much interest to the Cactus’s back-seat passengers, who may feel claustrophobic and carsick with rear windows that don’t go down.

Even super-size people carriers fall foul of the laws of common sense. The Chrysler Grand Voyager carries seven people, but three of them will have to sit on the rearmost bench. The middle seats are captain’s chairs, designed — it would appear — for busy executives on their way to the airport rather than families who want to load as many children as possible into the middle of the car, where they are safely within reach.