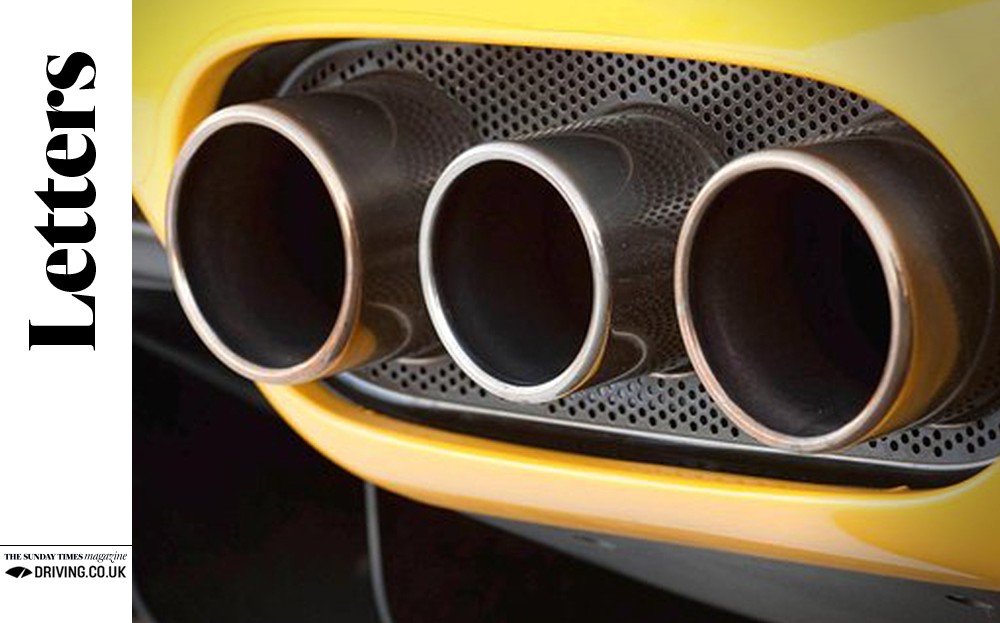 Am I alone in noticing that on colder days many cars fitted with twin exhausts have emissions appearing from only one outlet? Some models with quad exhausts appear to operate on two. Who’s winning, designers or engineers?

What a lot of bleeps

Clarkson’s review of the Suzuki Vitara S was spot-on (“A sporty number. . . for Terry and June”, February 14). I recently bought the Allgrip model: the sat nav receives traffic messages only on rare occasions and often for unrelated areas; the map scale alternates between imperial and metric at will; and the collision-avoidance system sometimes bleeps and flashes when the road is clear.

It’s costly to be a disabled driver

As an amputee, I know disabled people don’t have to pay VAT when buying a new car adapted with hand controls, but if you buy second-hand, many dealers only exempt you from the VAT on their margin. In addition, most disabled people have to buy a car bigger than they would like in order to accommodate a wheelchair; they are also likely to need a more expensive automatic model. Why do we get no help with these costs?

Can someone tell me where I have to live and what car I have to drive to get the sort of “quote” that insurers mention in their ads?

David Rising’s idea of a headlight dimmer setting for town driving is an excellent one (“Dimming down”, Letters, February 7). So good, in fact, it was implemented on a trial basis in Birmingham several decades ago. Headlights, with their large area, even at low power, made vehicles clearly visible without dazzle. Sadly, the idea was abandoned