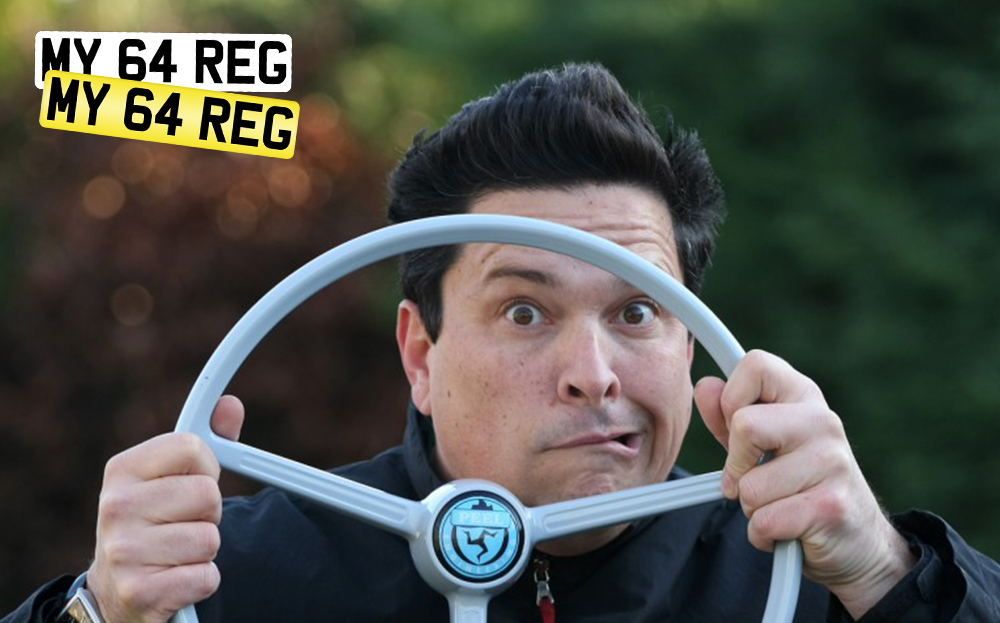 AS A comedian who occasionally writes about cars the question I am most often asked by members of the great British public — usually armed with a smartphone held about 2in from my face — is what my favourite car joke is. Tempting as it is to ignore the question and try to walk away, I know that the footage will be uploaded onto YouTube or Twitter before I can say Trigger Happy . . . and I will be trolled as a haughty, arrogant celeb who won’t even humour “civilians” with a harmless joke.

The truth is that car jokes have been told for as long as they have been making cars. I think the high point was the 1980s when vehicles were very much part of popular culture — or rather them breaking down was very much part of that culture, because it happened to almost all of us and so everybody could relate to it.

Want to save a packet? Buying nearly new could be where the smart money goes. Click here for Driving.co.uk’s top 10 deals.

Today’s new cars seldom break down, so where is the comedy in that? Did you hear the one about the Honda that drove 300,000 miles without a single part failing? No, thought not. Me neither.

No, when it comes to car gags the old ones really are the best. Unlike the cars themselves, of course, which these days are about as good as they ever have been. There is also more choice than ever. So, if you are thinking of buying a new car, whether it’s a 4×4, a sports car or a city runaround, let the Driving team guide you through the pick of the latest models to mark the change in registration plate from 14  to 64. On the following pages they choose their top three models from seven popular categories.

So what is my favourite car joke?  Given that this special is all about the new registration number, I would like to nominate this one:  what do you call a man with a numberplate on his head?  Reg. But that isn’t very funny.

To me, the best ones are the old jokes about Skodas, a genre that Volkswagen, the manufacturer’s parent company, thoughtlessly killed off when it started building good cars, thus destroying a whole field of comedy and making poor Skoda joke-writers redundant.

So, in reverse order:

How do you double the price of a Skoda? Fill up the tank.

Have you got a wing mirror for a Skoda? OK, sounds like a fair swap.

Why do Skodas have heated rear windows? To keep your hands warm while you’re pushing them.

Remember to check Driving’s guide to buying a used car safely. And finally, enjoy the special, and happy hunting when you are out looking for a new car.  Especially if it’s for a Skoda.