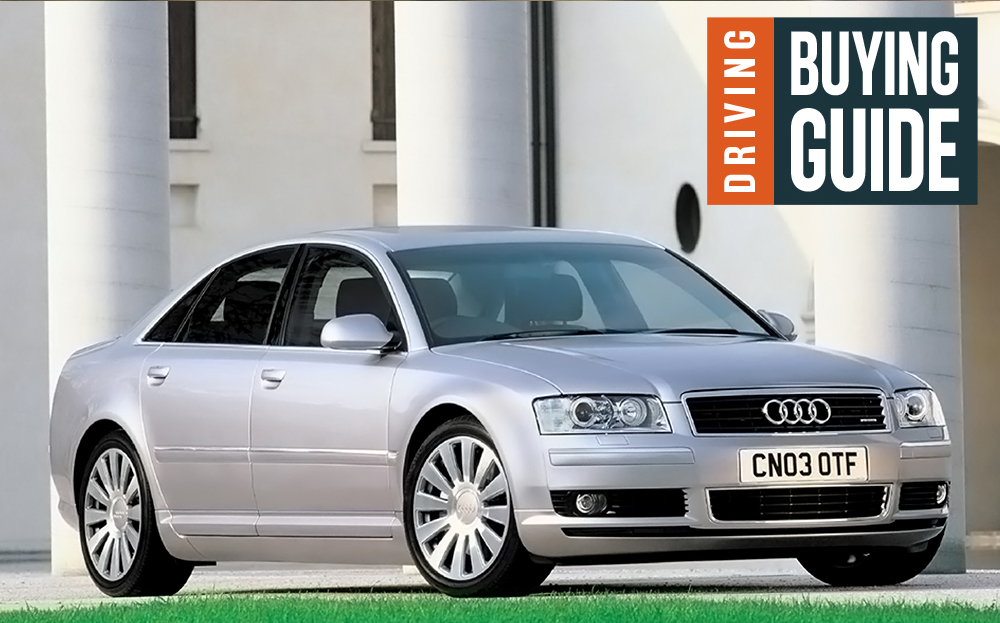 DRIVERS spending £5,000 on a used car usually tread with caution and choose something that is cheap to tax, service and insure. Nothing wrong with that, but we thought we’d like to show you, with the help of some of the 350,000 used cars for sale on driving.co.uk, that £5,000 can also buy you something that will fill your heart with pride.

First some caveats. It’s all very well us suggesting you throw caution to the wind and spend your £5,000 on something sporty or luxurious or off-beat, but should you be tempted, do consider what such a car will cost you to run, and put a little money aside each month for unexpected maintenance bills. If the one you like the look of qualifies for cover, consider buying a good-quality mechanical warranty for it.

Most importantly, please don’t assume that in featuring the cars below, we are endorsing them. We’ve merely read the advertisements and spoken briefly to the dealers selling them. Only a thorough check and a test drive will tell you whether any of the cars is good enough for you. And while they were still available when we called, one or two may have been sold in the interim. 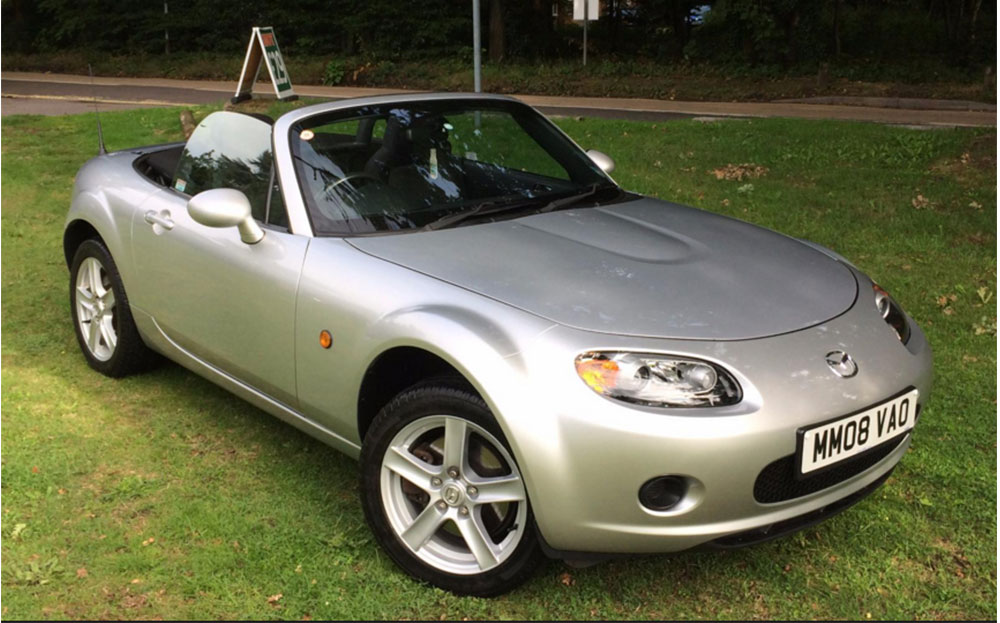 You’ll find lots of good-quality previous-generation MX-5s for around £5,000. This one leapt out for its youthfulness, full Mazda service history, bright silver finish and fair price. Fun in the sun comes as standard. 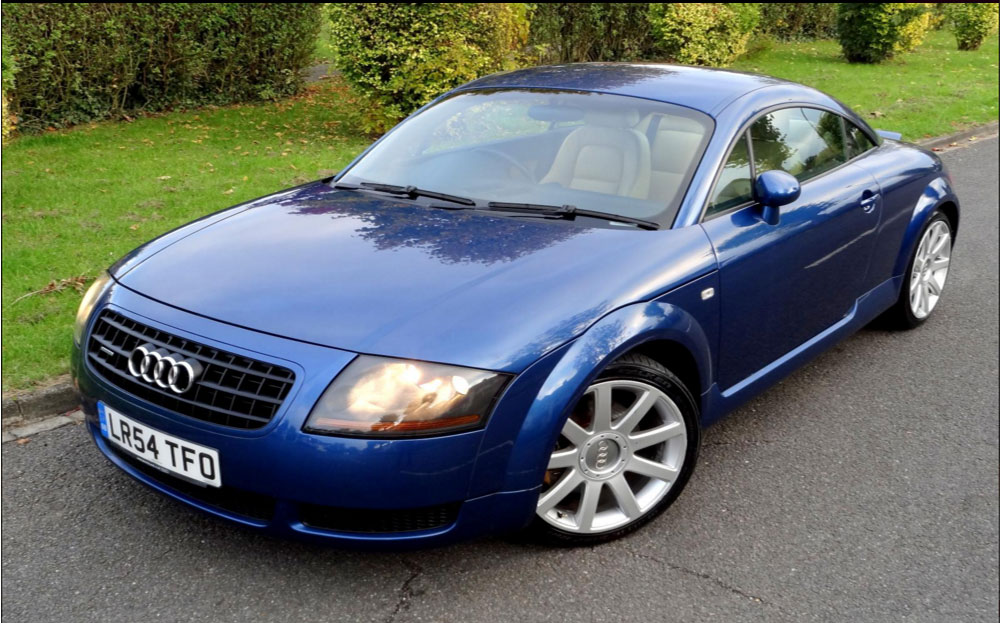 The “180” in this TT’s name refers to the engine’s power output in PS, which in old money equates to 176bhp. It’s enough to have given this car’s four-wheel-drive system a workout and is guaranteed to put a smile on your face. A Mk 1 such as this still looks the original and best, and the blue with cream leather interior is, in an early Noughties way, striking, to say the least. 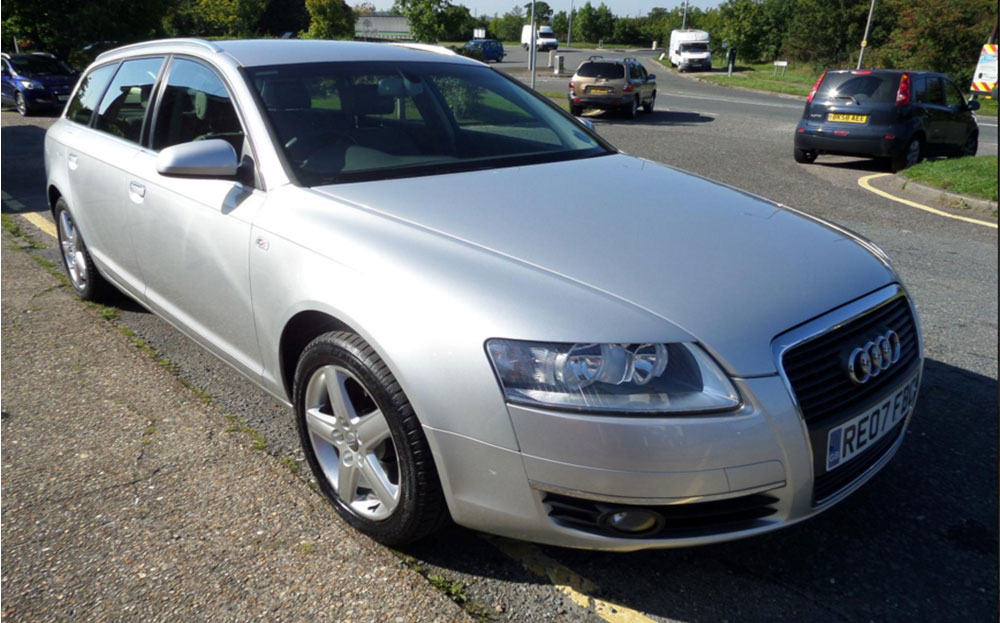 Estates don’t come much classier than an Audi Avant. Elegant, supremely well made and practical, it defies changing fashions. The 2-litre turbocharged petrol engine powering our example is a refined and muscular unit that, assuming you do average mileage, shouldn’t cost a fortune to fuel. This car is a one-owner machine with full service history and must surely have many more miles in it. 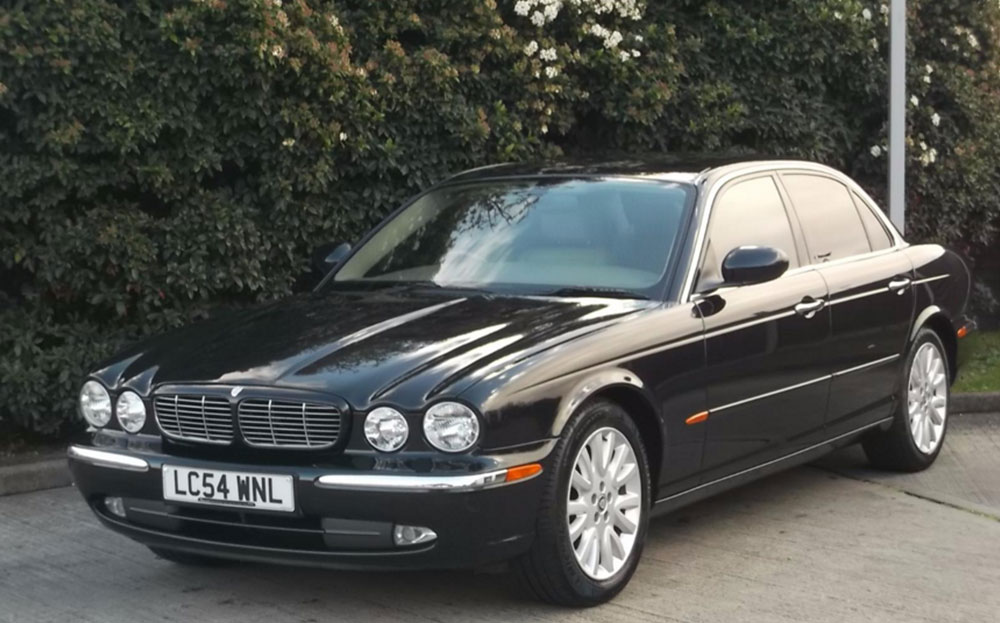 The aluminium-bodied X350 series, with air suspension for a comfortable ride, ran from 2003 to 2007. It was the last of the old-school Jags before the brand began to reinvent itself and chase younger buyers. It was a glorious old thing and this example is in the right colour with a contrasting leather interior. Most important of all, it has a full service history and comes, the seller says, straight from a main agent. 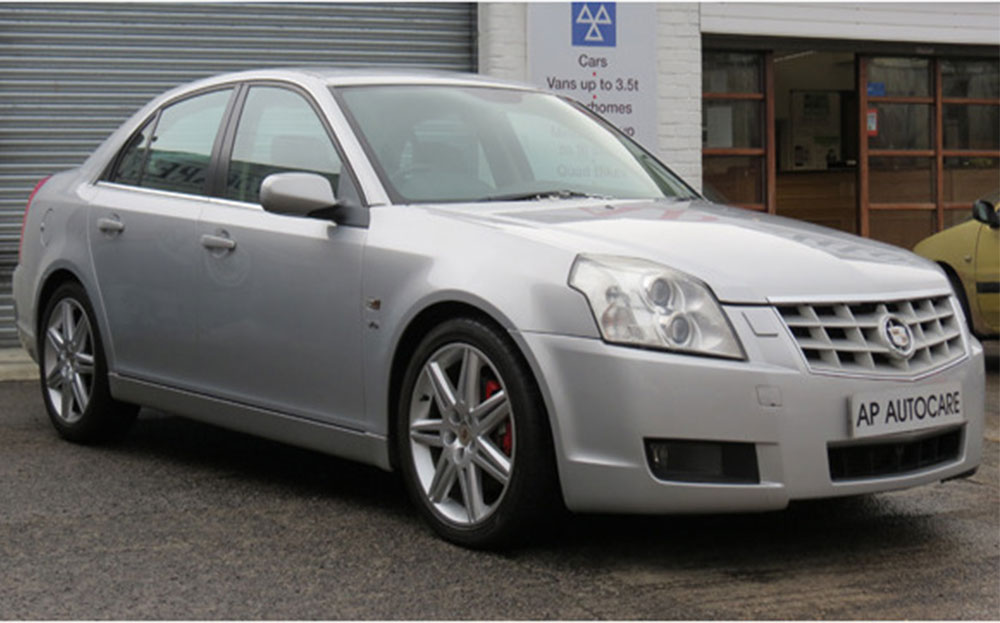 With a list price of more than £30,000 and class-trailing standards of ride and handling, the BLS was never a good buy as a new car, but now that used ones such as our example are under £5,000, they start to make sense. Beneath that brash body lurk the proven mechanicals of a Saab 9-3, and the 2.8-litre V6 petrol engine is smooth and full of go. 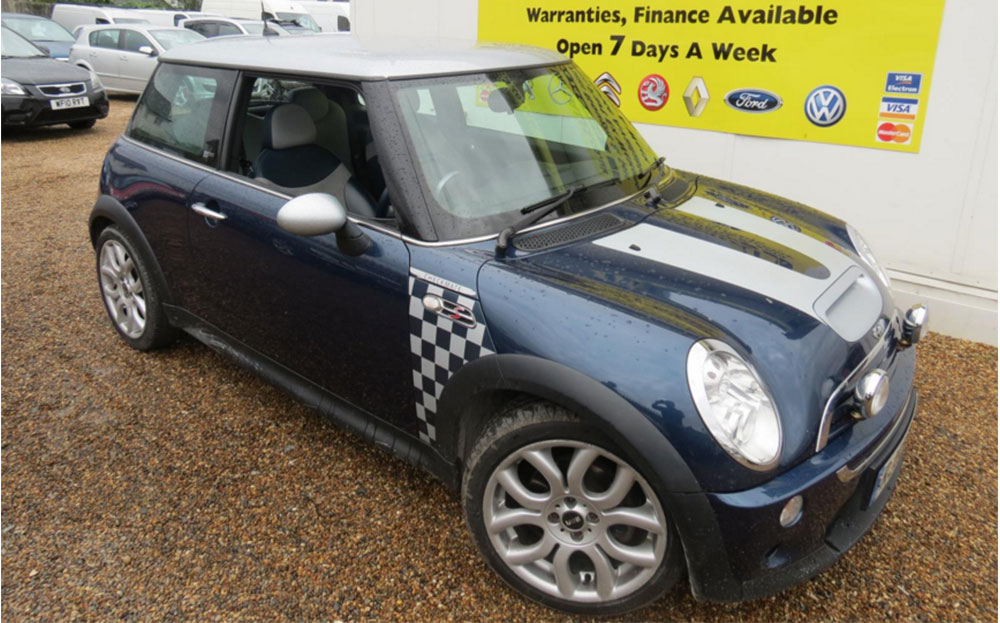 Hard to believe the new Mini has been around since 2000. The sporty Cooper is the bestseller but those who can afford it go for the sportier, supercharged Cooper S version. The little car holds its value well, which is why you’ll have to swallow some high mileages, but assuming everything checks out and the car has been treated properly, it should reward you with plenty more smiles per mile. 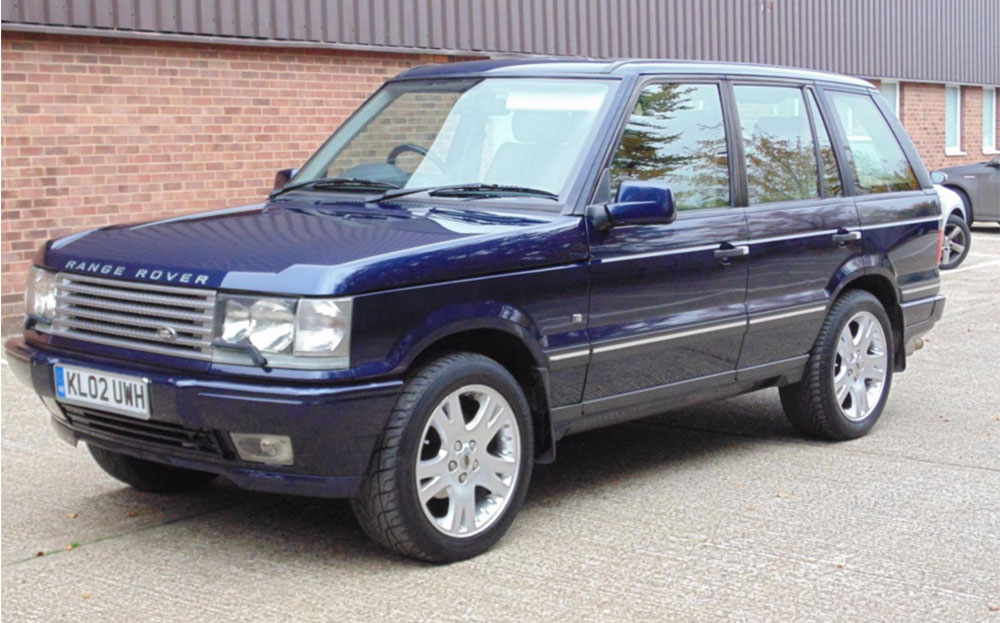 This is where the game of £5,000 cars becomes potentially ruinous. Should we be suggesting a 13-year-old Range Rover? Well, this one has had just two registered keepers, comes in classy Westminster Blue with parchment leather and is absolutely loaded. Meanwhile, there’s something reassuring about the seller having taken 10 high-quality snaps of it, warts and all. Worth a drive, at least. 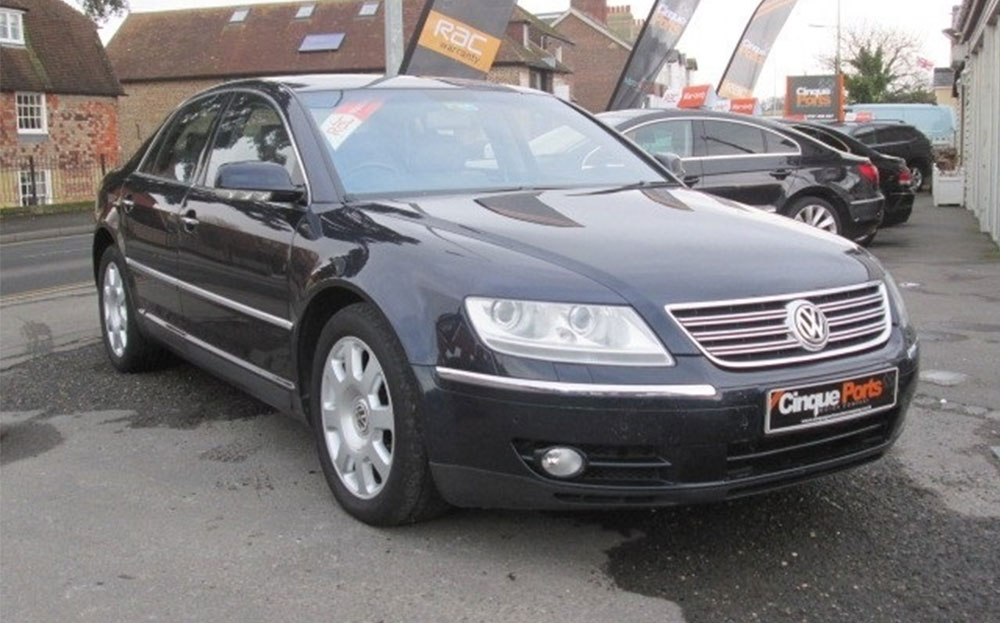 The Phaeton was VW’s attempt to take on the heavy hitters from BMW and Mercedes, and as any owner will proudly tell you, it shares its platform with the Bentley Continental GT. Unfortunately, its badge meant new-car buyers never took it seriously, but used-car buyers seeking value should. Our example has a full service history and is the much-coveted V10-powered long-wheelbase version. 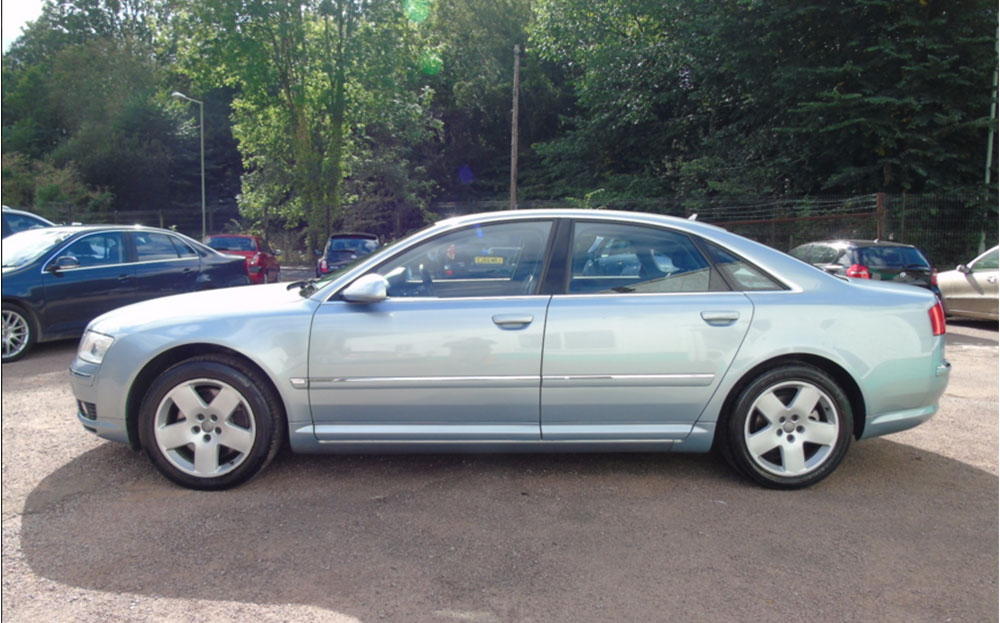 We make no apologies for suggesting another big VW Group saloon. Big, thirsty cars depreciate the fastest, and if they’re made well, like the roomy, handsome and understated A8, they are clear bargains. That’s a 3.7-litre V8 under the bonnet, by the way, and four-wheel drive, so don’t expect to go anywhere on a teaspoon of fuel. 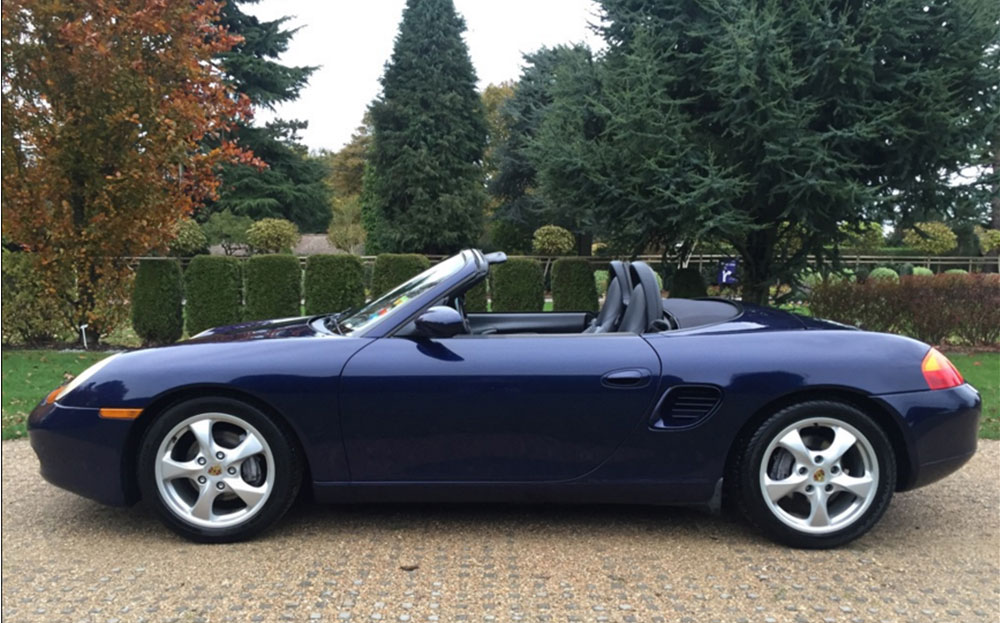 You thought the Range Rover was high stakes. An old Boxster that has doubtlessly been driven with some gusto in its time is surely just as sleep-depriving. This car has had four owners, but the dealer selling it says it has a full service history. Assuming it checks out, a good mechanical warranty would be a sensible move.