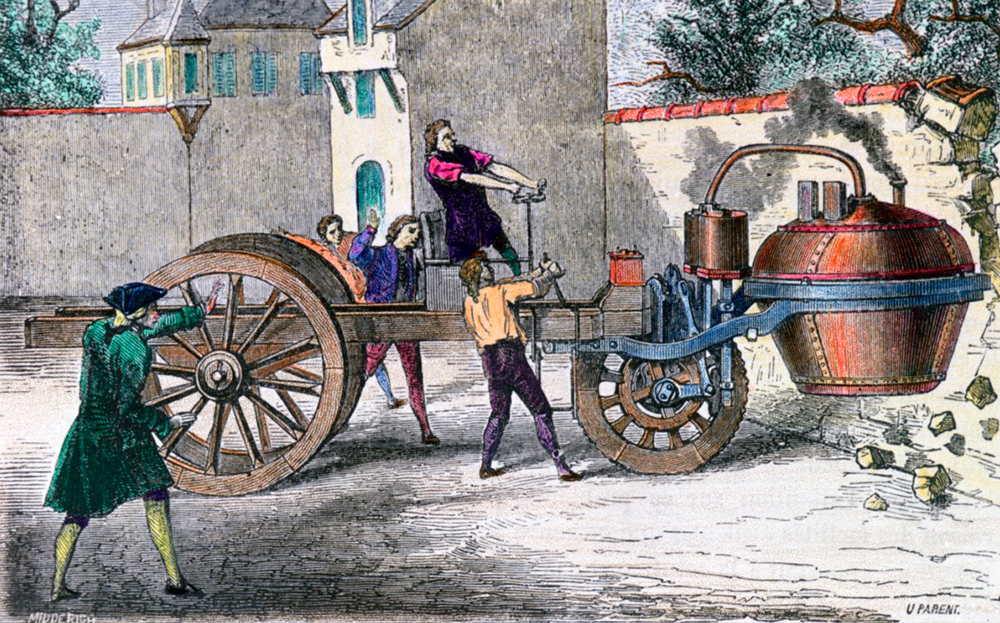 ONLY THREE wheels, a huge steam engine and boiler mounted forward of the front wheel, and a top speed of 2.5mph; the first self-propelled road vehicle would have been a sight to behold in the 18th century.

But do you know the name of the Frenchman credited with inventing the “machine à feu pour le transport de wagons et surtout de l’artillerie” (“fire engine for transporting wagons and especially artillery”) in 1769?

The steam car, or “fardier à vapeur”, was built in 1769. It was used by the French army to carry artillery. Today its engine can be seen at the Musée des Artes et Métiers in Paris.

The picture at the top of this page is an engraving depicting what could be considered the first ever vehicle crash. In 1771, two years after his revolutionary invention, Cugnot managed to drive it into a stone wall. Unfortunately for him, Direct Line didn’t exist.

This extraordinary video of a recreation of Cugnot’s vehicle shows just what an astonishing triumph of mechanical engineering it was: