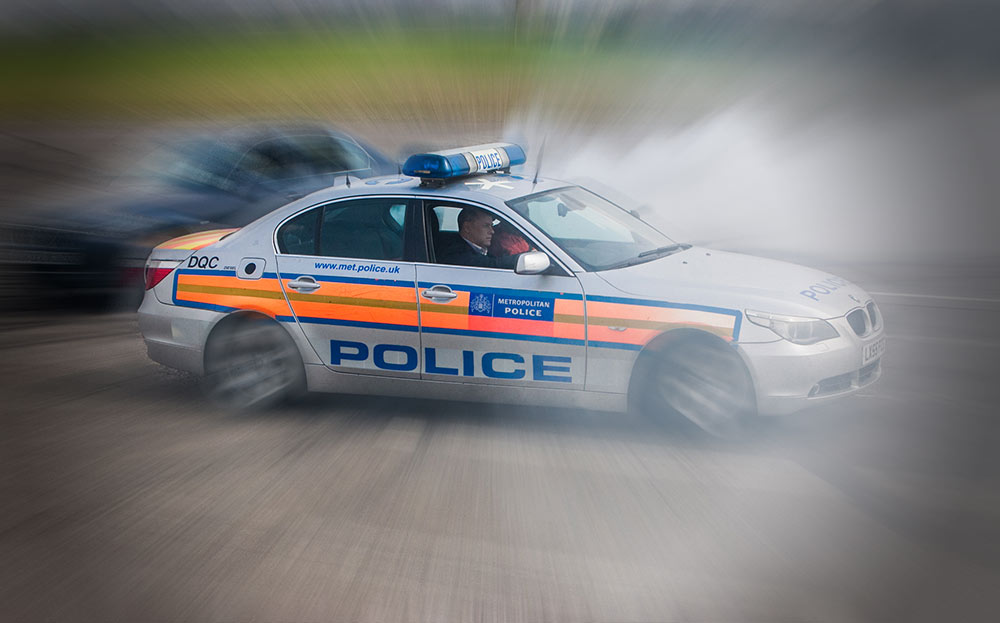 THIS YEAR’S revisions to the Road Safety Act allow MI5 and MI6 drivers on covert operations to break the speed limit. Obvious, you might think, but it is the first time this exemption has been written into law. This new “licence to speed” applies only to officers who have passed the demanding high-speed driving course that the police also use.

Given the high levels of training that MI5 and MI6 drivers undergo, I guess most will easily pass the new test. Nevertheless, I thought I would go to the Metropolitan police driving school in Hendon, northwest London, to find out what my former colleagues are going to face.

Buy your next car on driving.co.uk – just don’t use it for getaways, please. Browse our cars here

If you are expecting a hi-tech James Bond-style bunker at Hendon you are in for a disappointment. From the outside it still looks a bit like the disused airfield it once was. But the well-polished rows of German executive expresses inside the perimeter show its owners mean business. The only Japanese machinery on display is of the two-wheel variety (Japan is still at the top of the performance league for motorbikes), and while British-built cars are represented at Hendon they are only in the Met’s historical vehicle fleet. 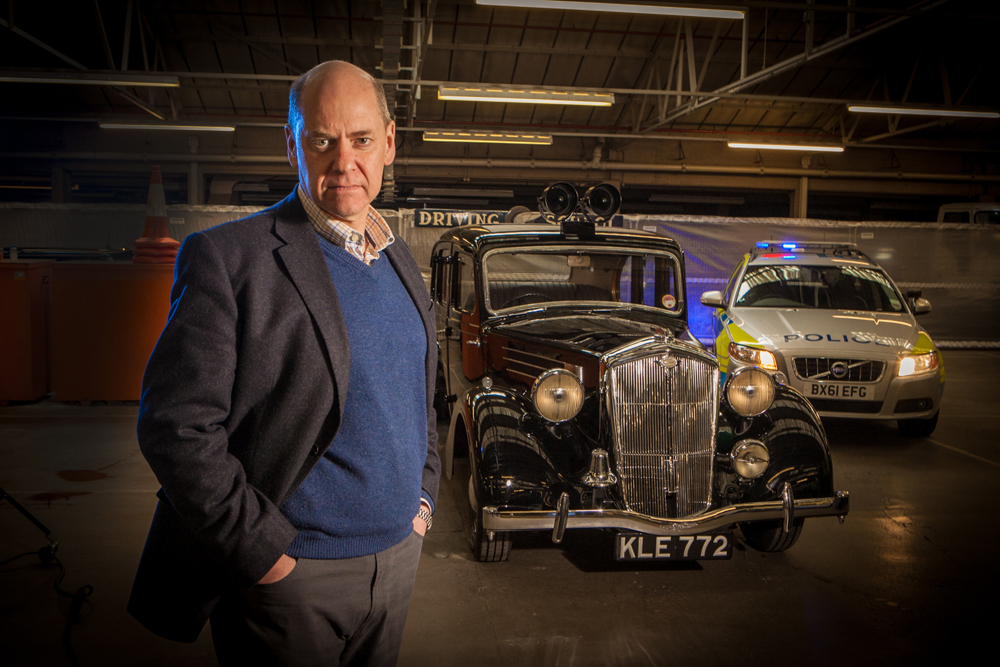 Met police drivers do a variety of courses and the one I sampled had two elements. High-speed driving in town and on the open road with “blues and twos”, and then anti-hijack manoeuvres that will keep you out of trouble if a terrorist or criminal decides to play the man, not the ball.

Driving around the busy streets of northwest London in a big silver BMW with sirens blaring and lights flashing is not what I’d call a covert operation, but it beats sitting in queues of vehicles. You certainly make good progress if you don’t have to worry about traffic lights and you’re allowed to drive on the wrong side of the road. (Whoops, sorry. You’re not allowed to say “wrong side”, you’re meant to say “offside”.)

My senior instructor, Peter Docherty — “I’m keen on cars but my obsession is motorbikes” — gave a running commentary on what he was seeing as he weaved through the traffic, what he was noticing ahead, what questions were going through his mind, how fast he was going and what he intended to do next. This was genuinely impressive. I was taking in only half of what he was seeing and I wasn’t even driving. Meanwhile, he was rattling it all out like a racing commentator.

Next it was onto the open road. You can get out of town in about half the time you thought possible — or at least legal — when you are doing pursuit training. Weekends in the country must be much easier to arrange if they are part of an official security operation. And even though we were going at a hell of a pace everything felt smooth and under control.

This is part of the training philosophy. You don’t want to arrive at the scene of a crime so full of adrenaline that you can’t take in what is happening. If you want to know how police go in hot pursuit — and remember, you don’t have permission to break the law — then see the panel opposite, based on advice from Inspector Richard Keil, deputy chief of the Hendon driving school. Suffice to say that you do not want to arrive so shaken and stirred that you spend the next 10 minutes trying not to throw up. Which leads us neatly to anti-hijack manoeuvres. 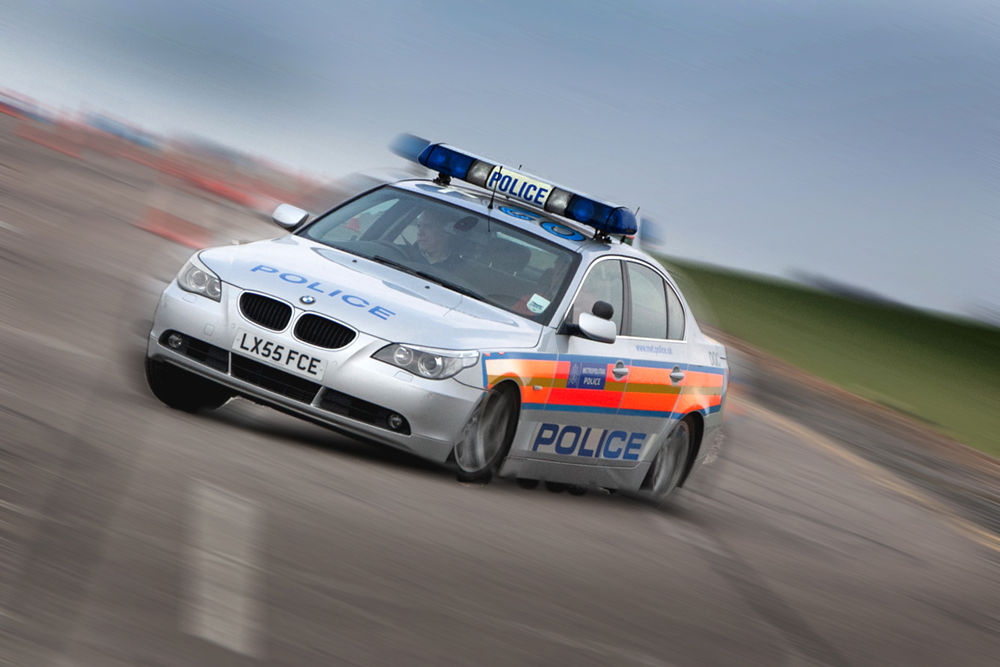 Imagine a bleak, featureless stretch of concrete runway equipped only with orange cones, rubber shreddings and a portable lavatory. From time to time there is a squealing sound and then a distant cloud of smoke as students practise getting away from imaginary baddies. The actual victims here are the tyres. On a bad — that is to say, dry — day you can get through several sets per car. Anti-hijack training doesn’t come cheap.

I started with what passes for a gentle passenger run around the course — just a few J-turns, Y-turns, slaloms through the lines of cones and, of course, reverse slaloms back again. Apparently the old Vauxhall Omega could reach 70mph in reverse, but driver aids and safety equipment limit modern cars to a mere 25mph. Some other manoeuvres also upset the technology, so one of the arts of the trainer is to identify the sequence of control movements that so baffles the computer that you can make the car do what you want before it works out how to stop you.

Once I had been shown the basics it was time to have a go myself. The problem was that the first run round the course had been so vigorous I was feeling sick. But this was too good an opportunity to miss, so off down the runway for some handbrake turns and a drive through the slalom. The former were easier than I expected but my progress through the cones was a sedate promenade compared with the real thing.

As I drove, one of the instructors did his best to distract and intimidate me by performing balletic — and smoky — automotive pirouettes around my car.

As I drove, one of the instructors did his best to distract and intimidate me by performing balletic — and smoky — automotive pirouettes around my car. This was not just mischievousness but a genuine element of the training: hijacks don’t happen on spacious, isolated runways but on roads with genuine distractions, and to be successful, anti-hijack driving needs concentration. If you lose focus you will mess it up, so better to learn from the beginning a single-minded approach to getting out of a tight situation in one piece.

Having worked with the Met for many years I already had respect for the skill and excellence that they bring to many areas of their work. The relationship between MI5 and the Met’s Counter Terrorism Command is one of the strengths of national security. Watching the mastery of the vehicles displayed by drivers on the anti-hijack circuit, and their remarkable situational awareness on the road, confirmed to me that these are true professionals who know their job exceedingly well.

No wonder would-be driving experts from all over the world come to Hendon to hone their skills. MI5’s drivers bring the same approach to their work and I think other road users can be pretty confident that when these officers use their licence to speed they’ll do so with care and expertise.

But as for me, a couple of spins on the track and I was happy to be back on the normal road in my own car — even if I did have to wait for the traffic lights to turn green. 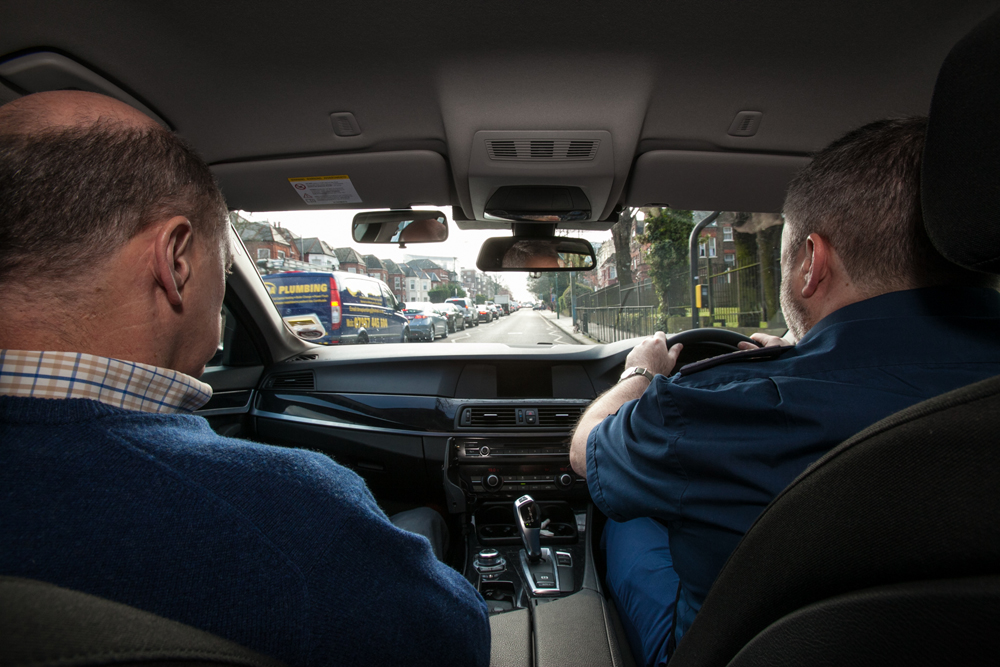 Every chase is at ten to two
That’s the position of your hands on the steering wheel at all times. Push and pull to turn: it gives you the most control.

Scramble the chopper and unleash the dogs
Firstly, call for helicopter support. It can take control so you can drop back. The dog section helps if your suspect flees on foot.

You’re not a racing driver
Safety is key, so don’t cut corners using the other side of the road. A criminal may run a red light at 100mph but you can’t.

Everyone follows team orders
If you’re pursuing behind a colleague and think you can do a better job, tough: you barge through like Sebastian Vettel.

Assume the worst
Work out your response if a child runs into the road. Give cyclists at least a lane’s width. A police driver has to think, “What’s the worst that can happen?”

Don’t scare other drivers
Blue lights panic drivers. Turn them off at busy junctions where the lights are red — you don’t want drivers to go through and crash

No time for small talk
No time for discussing lunch options. You’re concentrating on driving. Your colleague’s on the radio to update other units. There’s no music either – the cars don’t have stereos.

Know when to stop
Chasing a shoplifter at 100mph isn’t worth the risk: visit them at home later. A modern day Jack the Ripper is a different matter.

Check your car
Your engine and brakes will have been rigorously tested so it’s often items like armrests or seat backs that unexpectedly fail, unable to cope with the 90,000 mile a year workload.

The takedown
The aim is to stop the car in a Tactical Pursuit and Containment (TPAC) move with one car in front, another behind and a third on the side, pushing the car to the side.

This isn’t the Sweeney
Repress any idea of rolling over the bonnet and shouting: “You’re nicked”. Be professional: tunnel vision and red mist don’t help in a pursuit

Buy your next car on driving.co.uk – just don’t use it for getaways, please. Browse our cars here 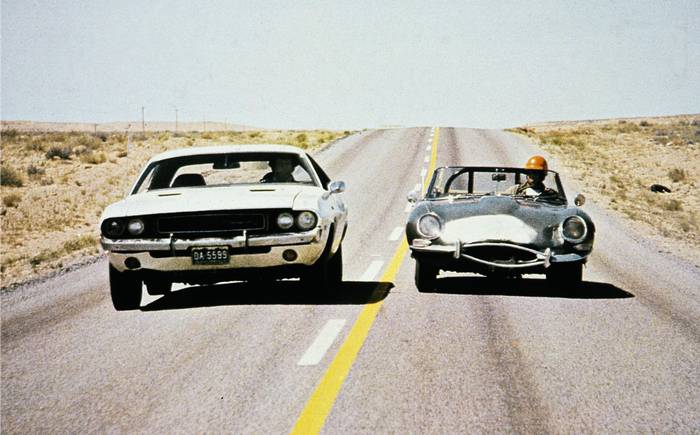