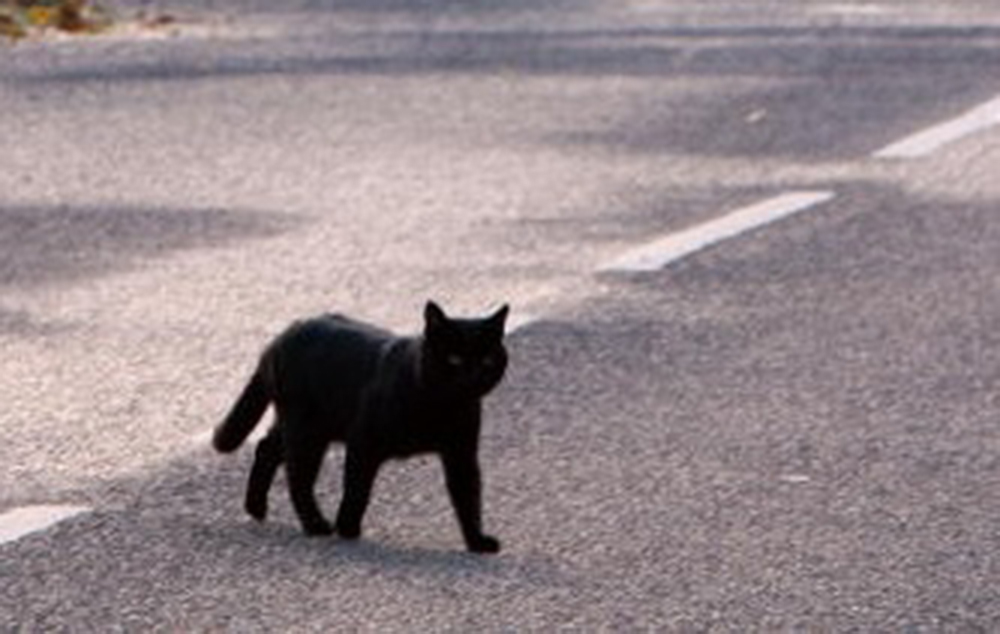 A BLACK CAT crossing the road brought one driver a heap of bad luck when he swerved to avoid it, and crashed into a line of cars.

Kristian Vogel, who had only recently passed his test, was driving his BMW in Bergisch Gladbach, Germany when the cat crossed his path. He instinctively swerved to avoid it but in doing so ploughed into a line of cars, causing damage worth £40,000.

But the bad luck the black cat brought him didn’t stop there. German motor insurance does not cover drivers who swerve to avoid animals, so Vogel is liable for the cars’ repair costs.

Fortunately, the rule does not apply in the UK. British car insurance does cover drivers who swerve to avoid animals, as well as animal-related accidents in general (although third party insurance would not cover costs relating to the driver’s vehicle).

A recent case, according to AA Insurance, involved a woman who was driving an Audi convertible beneath trees when a squirrel fell into her car, causing her to crash.

Another involved a motorist who was driving under a motorway bridge in Hampshire when a sheep fell off the parapet onto his bonnet. Moments earlier, a cattle truck carrying the animals on the M27 had overturned, scattering the terrified creatures across the motorway.

But the situation concerning animal-related car accidents in the UK is not as clear cut as it appears.  A motorist who hits a dog, goat, horse, mule, pig, sheep, ass or any other cattle, causing it injury or death, must give their details to anyone having reasonable grounds for requiring them. If this is not possible, the accident must be reported to the police within 24 hours.

Cats and poultry are classed as free roaming animals and are not protected by the same legislation, so there is no requirement to notify anyone of an accident involving them.