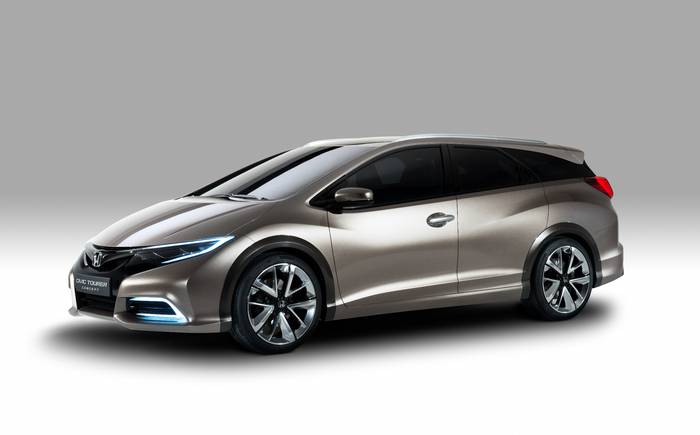 Perhaps as an antidote to the news from Geneva  of a 300bhp Civic Type-R with a brief to be the fastest hot hatch around the Nürburgring, Honda has also revealed its concept version of the more practical Civic estate.

The production version of the Civic Tourer, to be built in Swindon, is unlikely to look much different from the concept model when it is eventually premiered at the Frankfurt motor show in September, before going on sale early next year. 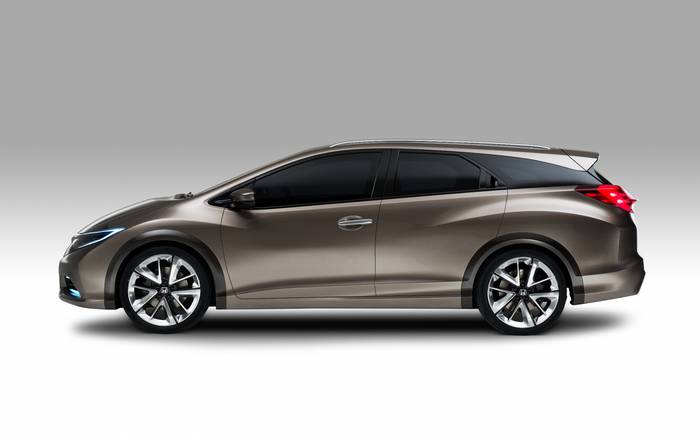 With its longer estate profile the new Tourer’s design exploits the current hatchback’s sleek and individual styling to better effect. Honda says the cargo area will offer class-leading space, thanks in part to the fuel tank being moved forward to under the front seats, and a more compact rear suspension system. 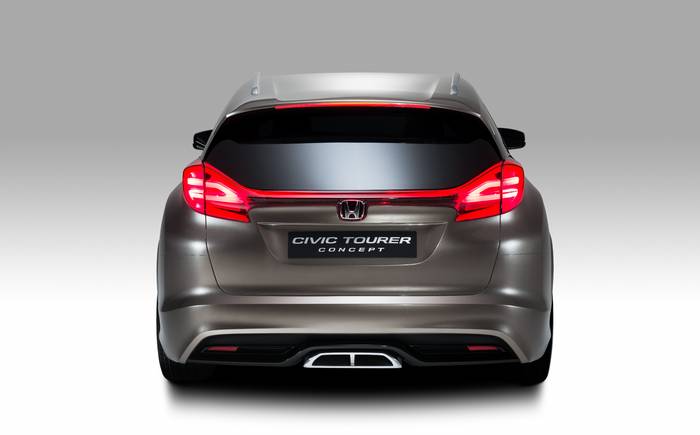 Rivals in the new estate’s sights include mid-size wagons such as the Ford Focus, Toyota Auris and Skoda Octavia. As a result, expect the Civic’s “class-leading” load space to rival the Skoda’s 1,655 litres and Auris’s 1,658 litres of seats-down room. 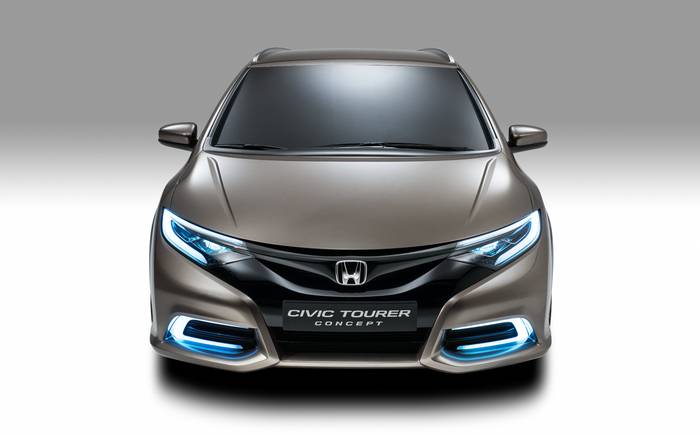 Power will come from the Civic’s existing engine line-up including the new 118bhp 1.6-litre i-DTEC diesel, almost certainly to be the best seller, and likely to cost around £20,500, or around £1000 more than the hatchback.