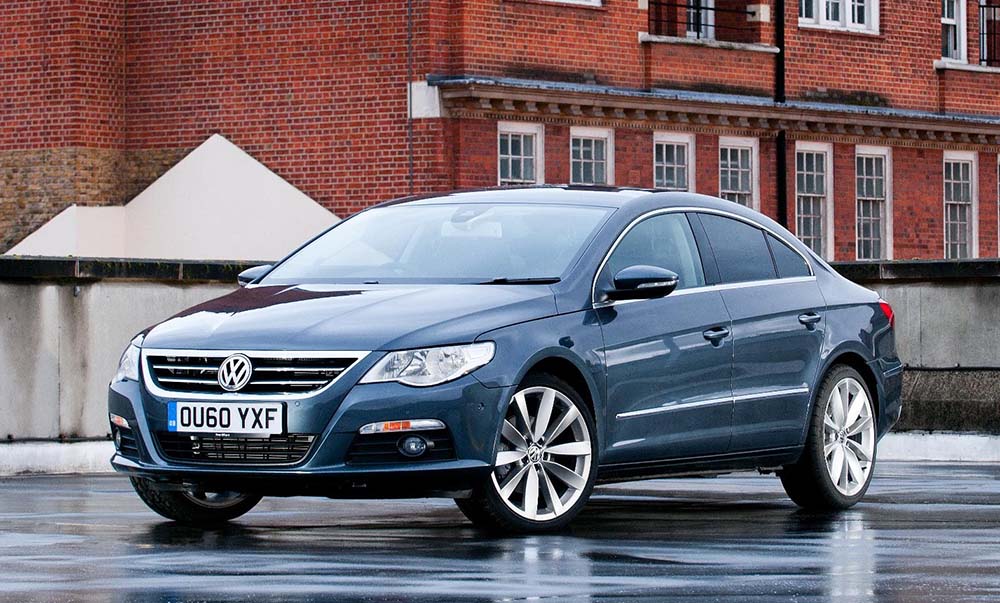 What is the VW Passat CC?

The CC is the VW Passat’s slinkier brother, combining four-door saloon car practicality with coupé looks. Although the CC is slightly longer and has a sportier, sloping roofline it shares the same platform as the Passat and was originally known as the Passat CC. However, the most recent incarnation, launched in early 2012, dropped the Passat moniker as VW attempted to further distance the car from its more pedestrian sibling.

Search for and buy a used VW Passat CC on driving.co.uk

The new CC got a facelift front and rear to reflect VW’s new design direction, as well as more equipment fitted as standard. In effect, it now sits halfway between VW’s Passat saloon and the Phaeton luxury cruiser, having raised its game so that it now rivals premium coupés such as the Audi A5 Sportback and BMW 3-series coupé/4-series.

Engines, also shared with the Passat, include a pair of 2.0-litre TDI common rail diesels developing 138hp and 175hp respectively, and two petrols: a 158hp 1.8-litre and a 207hp 2-litre TSI. The latter packs decent grunt, but with extra torque and improved mpg the 175hp diesel with BlueMotion technology, which includes stop-start and battery regeneration, is the better all-rounder. It provides plenty of go, launching the car from 0 to 62mph in 8.6 seconds, and is beautifully smooth and refined.

Neither the 158hp petrol nor 138hp diesel engine models comes with VW’s XDS differential and electronic cross-axle traction control system, which aid traction and handling. With these gizmos you can switch between Comfort, Normal and Sport settings, which brings some variety to the driving experience. The CC is not perhaps the most exciting drive in its class but it possesses strong road-holding ability and provides enough fun through the corners to keep the driver engaged; just don’t expect BMW levels of feel.

The car’s forte is long-distance cruising. It devours miles with ease, offering a high level of safety features as standard in both CC and GT trim levels. Options include lane assist and adaptive cruise control. 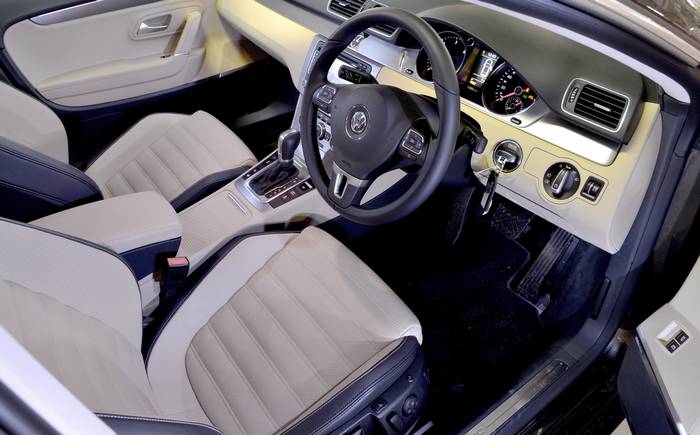 The uprated cabin is chock-full of standard equipment including a dash-mounted analogue clock, touchscreen satellite navigation, DAB digital radio with Bluetooth connectivity, climate control and, get this, four-way adjustable front head restraints to help prevent whiplash injuries. The GT trim level adds leather throughout and heated front seats and, yes, you can add a massage function as an option but, as with most cars you’ll find it in, it’s probably a gimmick too far.

Needless to say, the CC offers high levels of comfort for occupants of all sizes, lots of space and logically thought-out controls. VW says it has added a third seat to the rear bench but tall centre-seat occupants will notice the sloping roofline. That said, there’s a lot of room for two adult rear passengers of average size.