By Will Dron
Share Article
Not especially inspiring but solidly built and possessing competent driving manners.
Pros
Decent specification even for budget trim level
Competitive diesel engine
Good build quality
Cons
Not the most rewarding drive in its class
Can feel tighter than you’d imagine in back
Attempt at quirky interior doesn’t quite work
Cars > Toyota > Verso 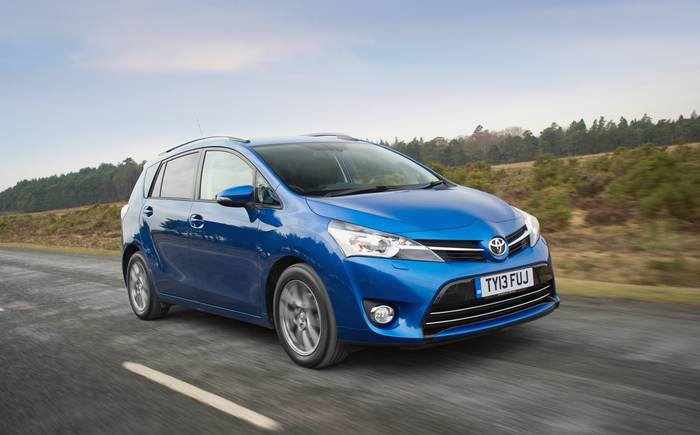 What is the Toyota Verso?

Toyota often delivers practicality but somewhere along the line, its cars can lose some of the character found in rival brands. The Verso compact MPV is a typical example.

Available with either five or seven seats, the Verso goes up against the likes of the Mazda 5, Ford S-Max, Peugeot 5008, Renault Grand Scenic and Vauxhall Zafira. The design was refreshed at the beginning of 2013 and the model now has more purposeful, angular lines. The interior shows a little more design flair, too, but there’s only so much you can do to make an MPV interesting.  The Verso is a family workhorse, so the most important question is whether it can transport two adults and a handful of children complete with all the paraphernalia that goes with them. 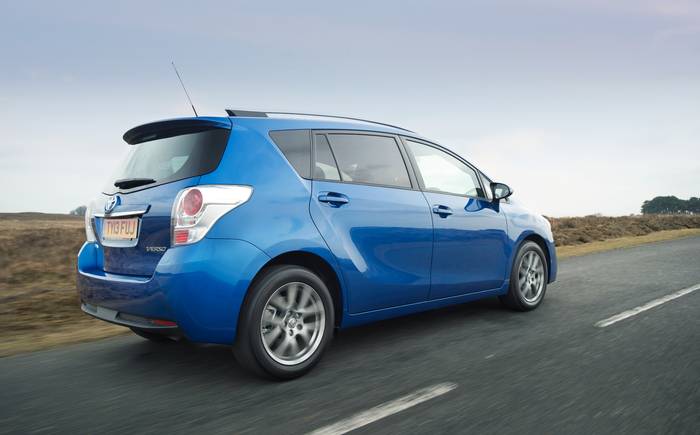 The Verso comes with a choice of three engines: a 1.6 and 1.8-litre petrol, and a 2-litre diesel. Each offers fairly competitive power and economy. The 124bhp diesel is the one to go for. Power delivery is flexible with decent pull from low revs. It manages a claimed 57.6mpg, which is better than some rivals but falls short of Renault’s smaller but slightly more powerful (128bhp) 1.6-litre diesel, which averages 64.2mpg.

The Verso is composed and predictable through bends, allowing the driver to press on with confidence. It’s a stiffer car than the outgoing model, which goes some way to making it more agile, though ultimately it is not quite so rewarding to drive as Ford’s C-Max and S-Max MPVs. 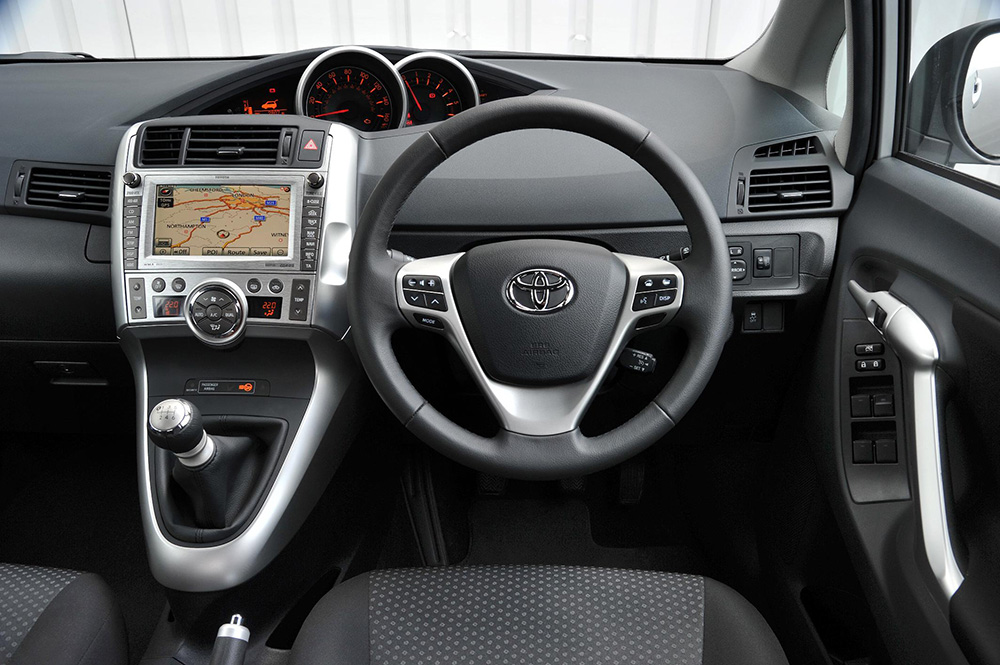 Build quality has improved in the new Verso but the car is far from opulent. Swathes of dull, hard plastic cover the dashboard ahead of the driver where normally there would be the instrument binnacle. The speedometer and rev counter are now positioned centrally in the fascia, angled towards the driver. It is an attempt to add a more distinct feel to the interior but merely results in an empty, plastic expanse behind the steering wheel.

On the upside, the Verso’s specification is good. Even the entry-level £17,495  Active has air conditioning, an MP3 connection and audio controls on the steering wheel. There’s a jump in price to £19,945 for the next, Icon, specification but this brings a leather steering wheel, touchscreen multimedia, a DAB radio, cruise control and a rear-view parking camera among other things. The top-spec Excel has heated front seats, rear window sunshades and various other treats but it’ll set you back £23,445. An optional panoramic glass roof for £550 will add light to the rear.

More important considerations for the MPV buyer will be the Verso’s seating arrangements and stowage, and here there’s both good and bad news. On the plus side the seats fold down flat, providing ample space for loads. The seven-seat Verso, meanwhile, can accommodate seven small people plus a buggy and a couple of bags.

The emphasis is on small people. There’s not a huge amount of headroom for taller adults in the second row and sliding the seat back to create legroom means the third row is virtually unusable. The front seats suit shorter occupants best. Tall drivers, in particular, will find that after a while their shoulders are being pushed forward uncomfortably. Try before you buy, basically.

In terms of cubbyholes, there are a few dotted around the Verso’s cabin. One that the kids will love is below the floor behind the front seats. It’s a great, secret hiding place for small valuables.