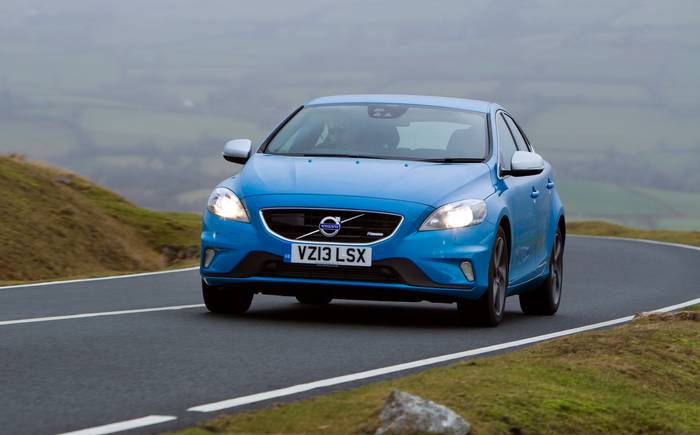 MANY YEARS ago, when Top Gear was made in the Midlands, I was sent some promotional bumf that said: “You are invited to the opening of Birmingham’s biggest restaurant.”

This confused me because at night people tend to say they want to go out for an Indian or a pizza, or to somewhere warm and cosy. Certainly I have never heard anyone say, “You know what I fancy tonight? I fancy going somewhere really big.” Enormousness just isn’t a selling point.

And this was a problem for all the other car makers, because those four brands had all the important bases covered. I remember an adman at Audi sitting with his head in his hands, explaining that there were no other reasons for choosing one car over another.

People could see a clever ad about beating a German to the beach, or read a pithy review in Autocar, or talk to friends in the pub, but when push came to shove they wanted only one thing: safety, durability, sportiness or reliability. And those were already bagged. I suggested he go for “Germany’s biggest car”. But he said this would be silly and went instead for Vorsprung durch Technik.

Things have changed since then because Mercedes started to make little hatchbacks, BMW moved into diesels, Volvo went touring-car racing and today if you want a reliable vehicle you don’t have to buy a Volkswagen. Anything will do. Except a Citroën. Or a Peugeot.

The motor industry is one big blur, with all the manufacturers offering something to suit everyone. Just about the sportiest car made today is a Nissan, and the least sporty is a BMW. The most durable car I know is a Toyota, and the least, probably a Mercedes-Benz from 10 years ago. And yet in the midst of all this we have Volvo, which is sitting at the back with its hand up, still claiming that it’s the one-stop shop for those who want to be safe. Indeed its engineers recently announced they were working on a range of developments that would mean soon no one would ever die while in one of Volvo’s products.

As a general rule I hate safety. It makes me nervous because when I feel safe I have a nagging doubt in the back of my mind that I can’t really be having much fun. As a general rule, the two things are mutually exclusive.

And, anyway, there’s no point trying to be safe because things can often conspire to prove you aren’t. For example, the most rigorously tested and inspected item Top Gear filmed was the jet drag-racing car Richard Hammond drove several years ago, and we know what happened there. Whereas the least tested and inspected was the “Hovervan”, in which I found myself loose in a lock with a rampaging van full of blades. And I was not hurt in any way.

I laugh openly at the Royal Society for the Prevention of Accidents because here we have a body of worthies whose aim is to prevent something that by its very nature cannot be prevented.

And I’m afraid I scoff at Volvo’s claim that soon no one will die in one of their cars because what if you are driving along in your shiny new V70 and a giant meteorite crashes into the roof? What if there’s an earthquake? What if you are an arms dealer and a rival puts six tons of plastic explosive in your seat? Has Volvo considered all these possibilities? Quite.

Mind you, it does seem to have thought about pretty much everything else. Especially the business of protecting those in less fortunate surroundings. Because the car I’ve just been driving — a V40 T5 R-Design — is designed to make sure that you cannot run anyone down. And that if by some miracle you do, they will walk away from the impact thanking you very much for giving them such a good giggle.

In short, there are sensors that scan the road ahead, looking for people you might be about to hit. Warnings are sounded, and if you ignore them, the car will brake itself. And if this doesn’t work and you crash into the poor unfortunate soul, the front of the car will turn into a giant bouncy castle, ensuring he or she has not just a soft landing but a fun one too.

A Volvo rendering reveals how the pedestrian airbag minimises injury
I’m afraid it is impossible to test these claims in the real world so I cannot report objectively on whether they work. But I can ponder awhile on it: all this technology costs money. Which means you are forking out cash to pay for the wellbeing of other people.

In a darkened room, when nobody is listening, you may wonder about that. You may even decide to buy a Golf GTI instead. And you may use the money you’ve saved on a luxury holiday for your family in Barbados. This would make you very pleased.

And you’d stay pleased right up to the time when through no fault of your own you ran over a small boy and killed him. Then you’d wonder as you faced a life of shame and regret if perhaps the Volvo hadn’t been the more sensible choice.

This, of course, is the trouble with safety. You don’t want it in your life right up to the moment when you do. And, anyway, the Volvo doesn’t just look after other people. It’s claimed that it does a pretty good job of looking after you and your no-claims bonus as well. For example, when you are reversing out of a side turning into a main road, you are warned if the car detects oncoming traffic. Again, this was something I couldn’t easily test.

But I did have a go with the automatic braking system. At speeds of up to 31mph the car will stop if it thinks you are about to crash into something. And certainly it works a whole lot better than the company’s website, which doesn’t work at all. It doesn’t even seem to be sure that the front-wheel-drive five-cylinder T5 exists.

There are countless other touches too. Such as the key. You pop it into a slot high up on the dash and then push a button. This is annoying. But if you do somehow have a crash there isn’t a bit of metal poking out of the steering column, waiting to rearrange your right knee. That’s how my dad lost one of his kneecaps. He lost the other many years later while exiting a Ford Anglia through the windscreen.

And, oh dear, I seem to have reached pretty much the end of this week’s missive without talking too much about the actual car. Which is fine. Because there’s not much to say. It’s very good-looking, quite nice to drive, reasonably fast, fairly comfortable and decently spacious. It is also a lovely place to sit, even if some of the controls are unfathomable. However, it is fantastically expensive.

So go ahead. Buy the Golf GTI. It’s much better value. And a better car. But you will have to drive it with your fingers crossed.