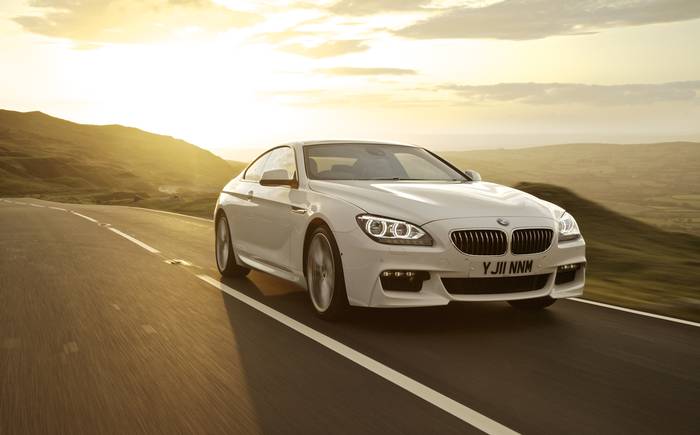 After the recent and very sad deaths of six British soldiers in Afghanistan, questions were immediately asked about the worthiness of the Warrior armoured vehicle in which they were travelling when the bomb went off. And equally immediately they were answered. The Warrior fleet in Afghanistan was upgraded last June at a cost of more than half a million quid a pop, with armour better able to deal with an explosion and improved seating to protect those inside from the shockwave.

The trouble is, of course, that the men who go to war in beach footwear and skirts know full well that this has happened and are now using bigger bombs. This means the Warriors will have to be upgraded again, which will mean more explosives are needed to blow them up. It’s a problem that’s faced military commanders since the dawn of time. And it’s a problem that will never end. Each time there’s a tragedy, coroners can point the finger of blame. They can accuse defence chiefs of penny-pinching and the engineers who design these vehicles of incompetence. But the reality is very simple. If a bomb is big enough, it will tear through anything. And there’s nothing that can be done to change that.

Or is there? Because the truth is that man is constantly faced with seemingly insurmountable problems, and we have a habit of working out a solution. We devised ways of getting iron to float and to fly. We developed antibiotics to combat disease. We are clever. And nowhere is this truism more evident than in the car industry. Every year, the European Union erects a set of ecological fuel-saving goalposts through which it demands car makers must pass if they want to continue doing business. And every year the motor manufacturers squeal and whimper and claim it can’t be done. Then they do it. And then the EU responds by moving the goalposts further away.

The most recent move was a big one, and it’s having a profound effect on how cars feel. You may wonder, for instance, why the easy-to-use automatic gearbox is now being ditched so eagerly in favour of a robotised manual system. These gearboxes invariably make town driving jerkier and I hate them with a passion. But an engine sending its power to the wheels through this system uses less fuel than an engine sending its power to the wheels through a torque converter. And the car makers that are sticking with the traditional auto are now offering a setup with eight speeds. This means the car is constantly changing up or down. It’s very annoying. But with more cogs, the engine has to work less hard. And that means more mpg, which means the oil supplies will last a little longer.

It gets worse. Even Porsche has now started to use electric power steering, which means you only get a digital interpretation of what’s happening up front rather than the real deal. And then we get to the starter motor. That now has to be the strongest component in many cars because their engines shut down when you stop at a set of lights. Then start again when you want to set off. I don’t know why this irritates me so much, especially as usually you can turn the system off, but it does. Not half as much, though, as the trend towards dashboard read-outs telling me what gear I should be in. You’re behind a Peugeot on an A-road and are waiting for an opportunity to overtake. This means you are in third. “You should be in fifth,” it says. It’s wrong. It doesn’t know what I’m going to do next. It doesn’t know I’m being delayed by an old man. It even has an opinion on changing down for a corner. “Nope,” it says as you slide it into fourth for a long left. And this is a system you can’t turn  off. Unless you have a hammer to hand.

Another effect of the legislation is the trend for engine designers to replace cubic capacity with turbocharging. A turbo engine uses waste exhaust gases to spin a fan, which is then used to force air and fuel into the engine under pressure. Sounds great. But a turbo engine cannot have the immediacy of a free-breather. There has to be a delay between putting your foot down and actually going, as you wait for the exhaust gases to gather enough force to spin that fan.

These, then, are just some of the tricks being used by car makers to shoot their cars through the EU’s goalposts. And every single one of them makes a car a little bit worse. Which means it’s now the job of car makers to mask the problems with the Elastoplast of ingenuity.

And that brings me on to the diesel engine under the bonnet of the BMW 640d. Yup. It’s a diesel in a BMW sports coupé, and if that isn’t a sign of the times, I don’t know what is. But it’s a BMW diesel, which means it hums rather than clatters. And it’s fitted with two turbochargers. A small one that gets going almost immediately, and then a bigger one to give you some oomph on the open road. Clever, eh?

Less clever is the name. Why is this called the 640d when the 535d has exactly the same engine? Not very logical for a company famed for its obsessive-compulsive nomenclature. Naturally the engine is mated to an eight-speed box but to make sure you don’t notice the constant cog-swapping, the changes are so smooth, you don’t feel anything at all. It’s like being on a never-ending helter-skelter of torque.

This car is like an old house. It’s riddled with cracks but because of some extremely skilful plasterwork, you can’t spot them. BMW has addressed the problems presented by the EU and, in less than a year, has masked the efforts it made to overcome them with the silky smile of German efficiency.

But what of the car itself? Well, there are plenty of other coupés on the market, but none has so much space in the back and none is anything like as squidgy Slumberdown-soft. There’s a misplaced line of thinking in the car industry that anyone who  buys a good-looking two-door coupé must therefore want a bone-shaking sporty ride. Some do, for sure, but plenty don’t.

And that’s where the 6-series is brilliant. It is good-looking. It is a two-door coupé. It is stylish. And yet it rides like a hovercraft. Fit the optional £1,485 Comfort seats and it’s like driving around in a cloud. There is a button that allows you to firm everything up, and even a sub-menu in the computer that lets you choose which bits of the package you want to be sporty and which you do not. And I recommend that on day one, you glue the switch in Comfort mode and leave it there. The Sport setting just makes you uncomfortable for no real gain in terms of handling.

What we have here, then, is a car that doesn’t just get through the EU’s goalposts but also goalposts that no other car maker has spotted. Goalposts for people who want good looks, comfort and economy.