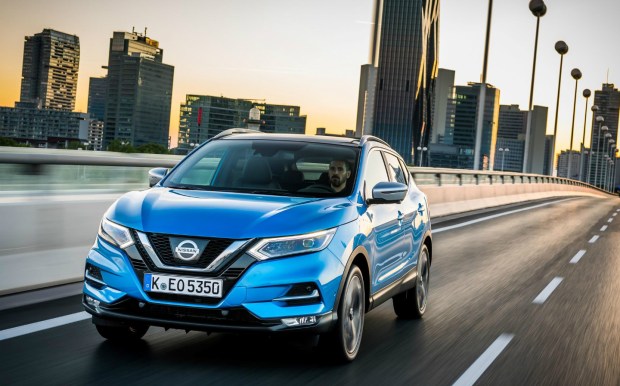 <h3>Nissan Qashqai history</h3> <p>The Qashqai first arrived in showrooms in 2007, pioneering a new market segment: the urban crossover. Built in Sunderland, UK, demand quickly outstripped projections and that hasn’t let up since; over the last six years the plant has been working three shifts a day to keep up with orders.</p> <p>In 2008 a seven-seat version called the Qashqai+2 arrived. It was stretched by 211mm and space between the front and rear axles (wheelbase) increased by 135mm, while the roof was raised 38mm. In 2013 this model was discontinued, with the Nissan X-Trail taking its market position.</p> <p>In 2010, the Qashqai received a facelift, with electronic stability control made standard across the range, then a year later a new 1.6-litre diesel engine replaced the 2-litre dCi engine, for greater efficiency.</p> <p>Deliveries of an all-new second-generation version began in 2014 and the 500,000th Qashqai rolled off the Sunderland production line in 2015, when the n-tec trim level replaced Acenta Premium, positioned between the existing Acenta and Tekna grades.</p> <p>The Qashqai was facelifted again in 2017 with a new exterior design, updated interior, improved effiency and new technologies, with DAB digital radio becoming standard across the range. In addition, a fifth trim level — Tekna+ — was added, which sits as the flagship of the line-up above Visia, Acenta, N-Connecta and Tekna.</p> <h3>Nissan Qashqai is suitable for</h3> <ul> <li>Young families</li> <li>Those on a budget</li> <li>The practically-minded</li> <li>Those looking to buy British</li> <li>Those who prefer a high driving position</li> <li>Those needed something a little more rugged than a hatchback</li> </ul> <h3>Nissan Qashqai rivals</h3> <ul> <li>Ford Kuga</li> <li>Hyundai Tucson</li> <li>Kia Sportage</li> <li>Mazda CX-5</li> <li>Seat Ateca</li> <li>Skoda Karoq</li> <li>Toyota RAV4</li> <li>Honda CR-V</li> </ul>

What do our editors think? 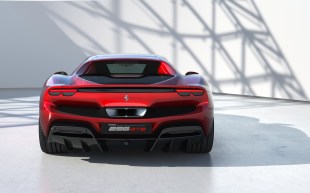 We choose nine of the most exciting cars of 2022, from city crossovers to sports GTs and everything in between. 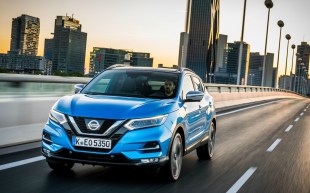 Nissan pioneered the Qashqai 10 years ago, reasoning that people were tired of the dreary saloons and hatchbacks that were popular in the '90s...

As you may know, I do not like stretched limousines very much. And nor do I care much about the wellbeing of the planet. It’s big and old enough...

When the first Nissan Qashqai was launched in 2007, no one, Nissan included, could have predicted how popular it would become.
Show all reviews ()