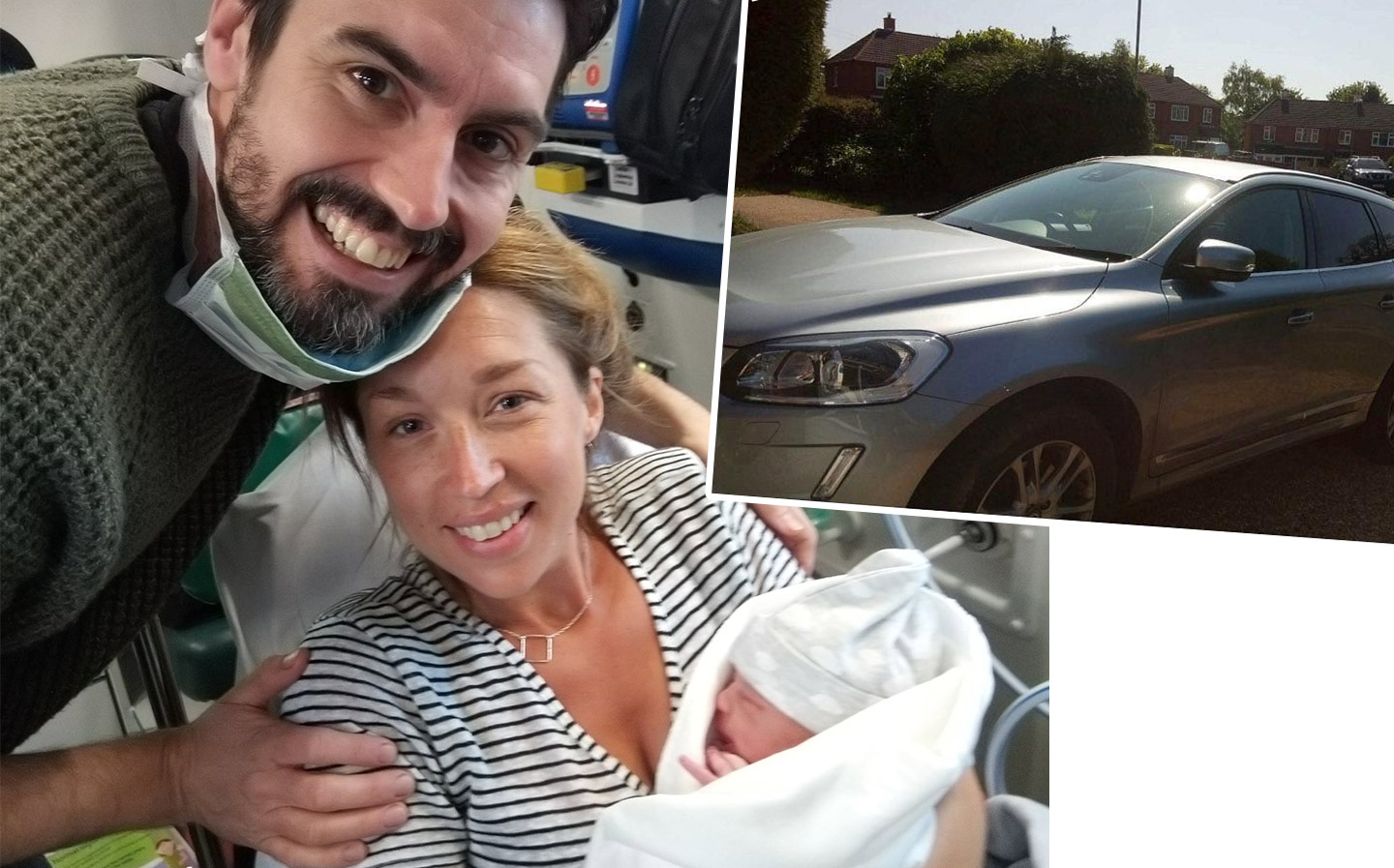 WHILE giving birth in a car is not ideal, to have to do so after a passing ambulance failed to stop due to a misunderstanding might be a pretty bitter pill to swallow.

Teacher Hannah Howells, 33, had set off with her husband, Andy, 37, for Princess Anne Hospital in Southampton after her contractions started, but en route they began “coming thick and fast”.

They were just a couple of miles from the hospital when the father-to-be spotted an ambulance coming in the other direction. He desperately tried to grab the paramedics’ attention, though his attempt to flag them down was mistaken as a celebration of the NHS’s efforts against the Covid-19 coronavirus, according to The Times.

Ms Howells said: “Andy was trying to wave but they quite rightly thought we were clapping for the amazing work they’re doing.”

The couple were forced to pull into a nearby Sainsbury’s car park.

“We parked up and called the Labour Line and then 999 and the amazing lady who took the call talked my husband through delivering our baby,” she added.

Son Wilf was born in the front passenger footwell of their Volvo, weighing 6lb 7oz, before an ambulance arrived.

Mr Howells said: “We want to say a huge thank you to everyone that helped us, especially whoever the very calm lady on the end of my 999 call was…we are so grateful for your guidance and I certainly don’t know what we would have done without you.

“Also to the two lovely paramedics who arrived shortly after the birth…I’ve never been more relived to see an ambulance.”

A man who had been in the shop buying flowers for his wife gave them to Mrs Howells.

“Thanks to the lovely chap in Sainsbury’s who gave us his flowers, that were clearly meant for someone else…I hope you didn’t get into trouble with your partner!” said Mr Howells.

“We are overwhelmed by the kindness and togetherness everyone has shown us, and we wanted to share our eventful story and some #LockdownLove with everyone 🙂

Last week a mum in Wales gave birth to her second child in the front seat of a car while following a police escort to the hospital, reported Wales Online.

Hannah Dade’s first child was born after a swift labour, so she set off from home in her father-in-law’s car when her contractions were five minutes apart, instead of the recommended three to four, in order to give them plenty of time to get to the University Hospital of Wales in Cardiff.

However, it still wasn’t enough: half-way between the couple’s home in Barry and the hospital, Ms Dade’s waters broke, so her father-in-law pulled over to prepare for an ambulance to arrive. Shortly after, a police officer pulled up behind them and told them to move along. After being shown Ms Dade was already pushing the baby out, the officer said he’d “blue light” her to hospital.

She said: “They were doing that thing where they would block off the road and one would drive in front to block a junction and then wait till they were behind so no one could overtake.

“And because I obviously had no pain relief I was really aware of things going on. In-between the contractions I could see all these police cars around us. It was bizarre, it was like something out of an action film.”

Baby Alice Violet Jones was born in the front passenger seat of her father-in-law’s car at 1.20am on Wednesday, April 15 weighing 7lb 2oz.