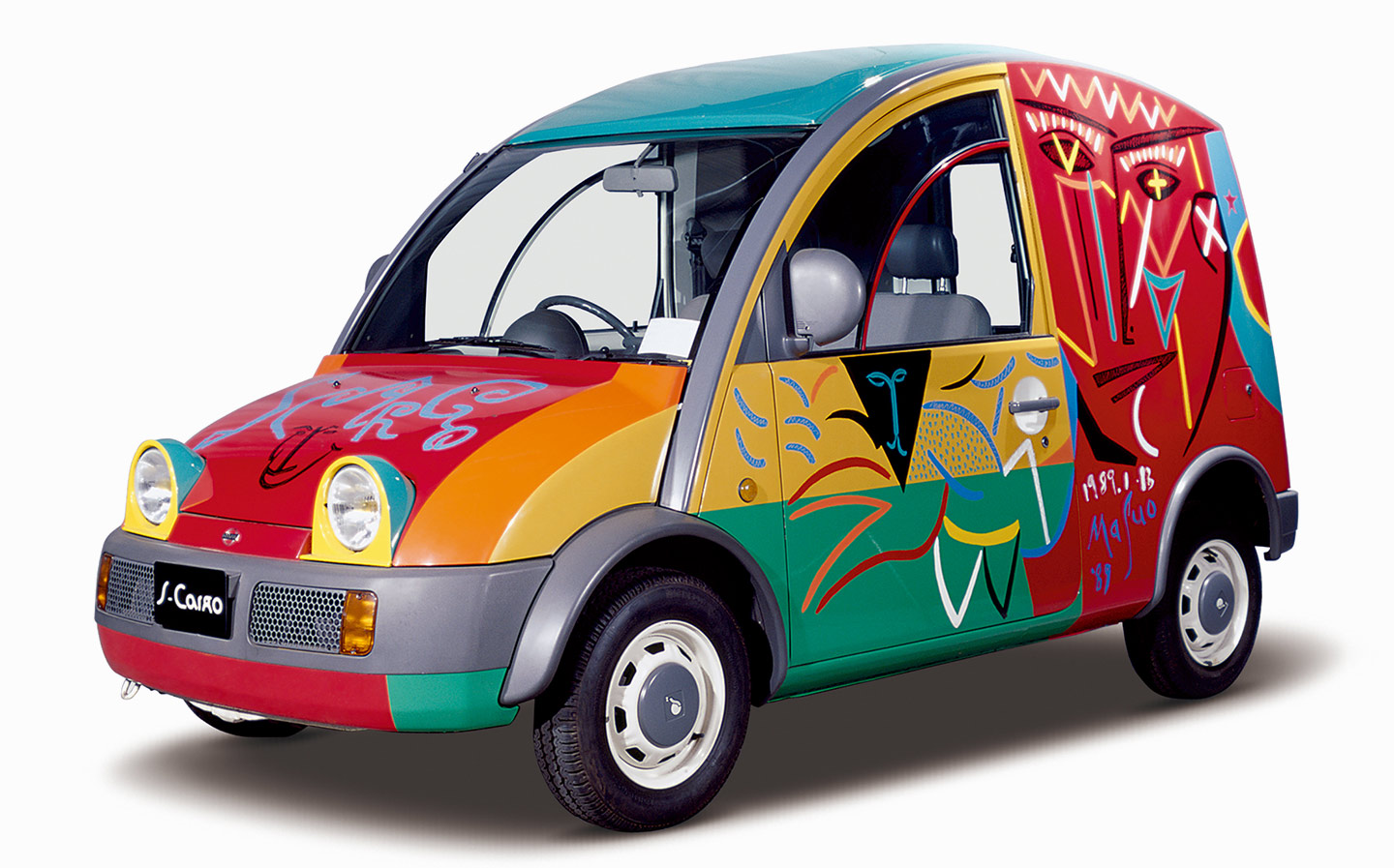 BEAUTY is in the eye of the beholder, they say, but that doesn’t explain how a car can be brought to market that looks like it drove through the ugly forest, bouncing off every tree as it went.

When a car designer creates a baby that you’d have thought only they could love, it then has to be signed off by the head of design, and then other members of senior management, long before it finally is revealed to the public. This allows plenty of opportunity for a few nips and tucks. The result, usually, is a car that looks at least acceptable to most buyers.

Sometimes, though, a car is presented to us that looks so horrible that it defies explanation. Here is our list of some of the ugliest cars ever to leave the drawing board. 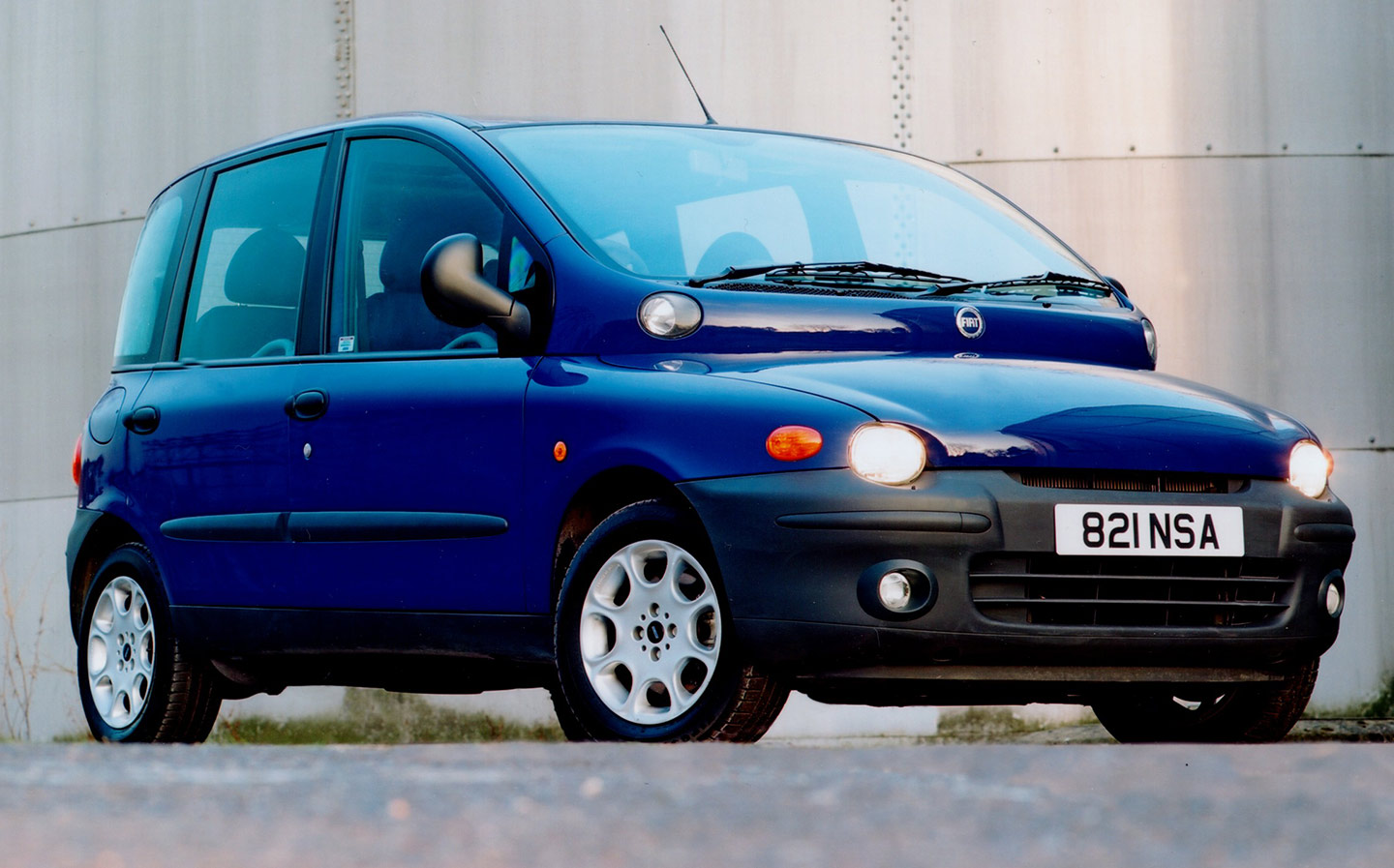 The tragedy of the Multipla is that its Elephant Man-esque exterior enclosed a genuinely clever and spacious interior — and it wasn’t bad to drive either. It’s a shame, then, that you’d rather walk than be seen in it. 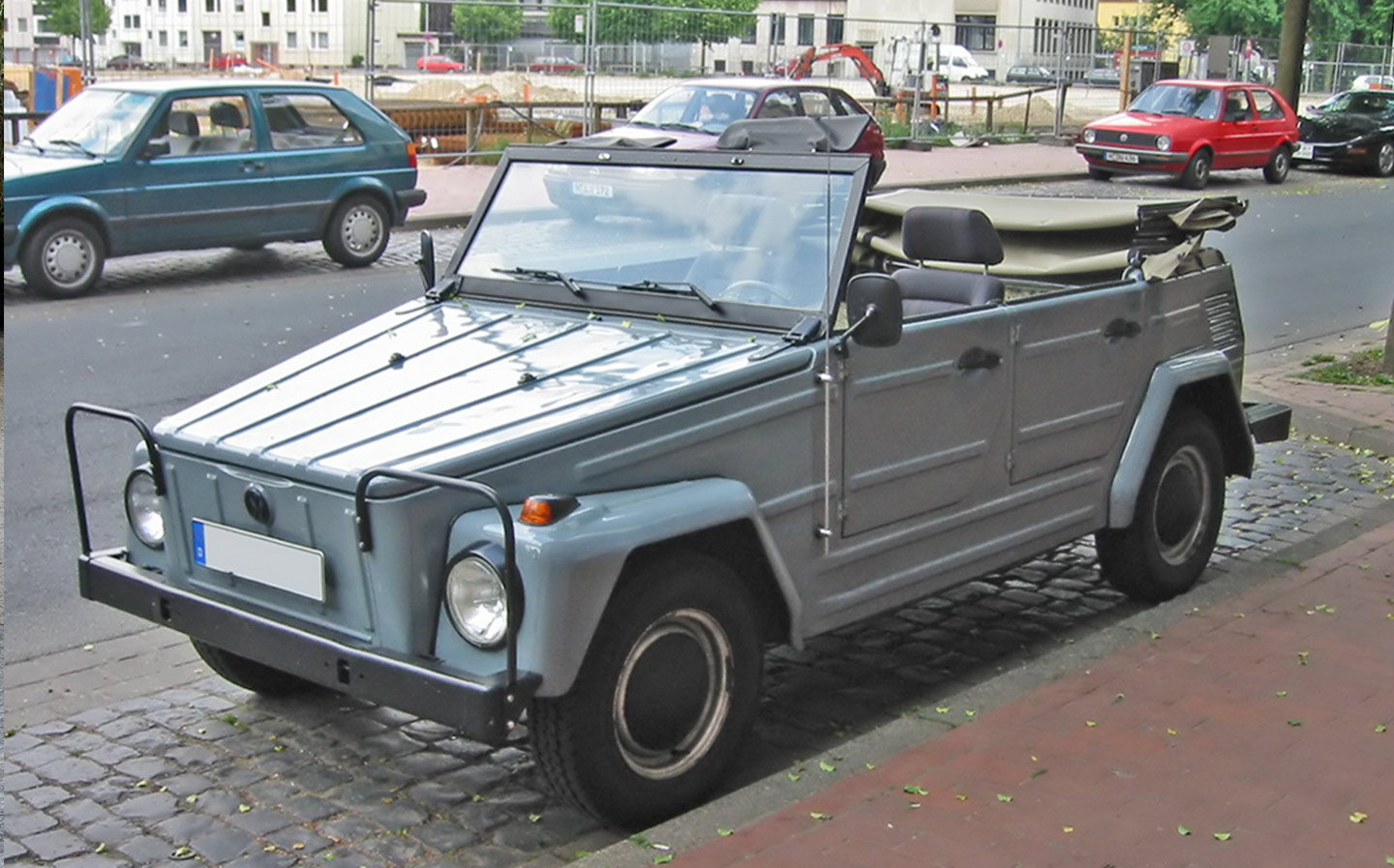 The VW Type 181 was designed for the German military in the late 1960s but sold to the public from 1980 under a number of names, including the Trekker in the UK and the Thing in America. Quite what the Germany army or anyone else needed with a Mini Moke-inspired biscuit tin is anyone’s guess. [Image credit: Sven Storbeck] 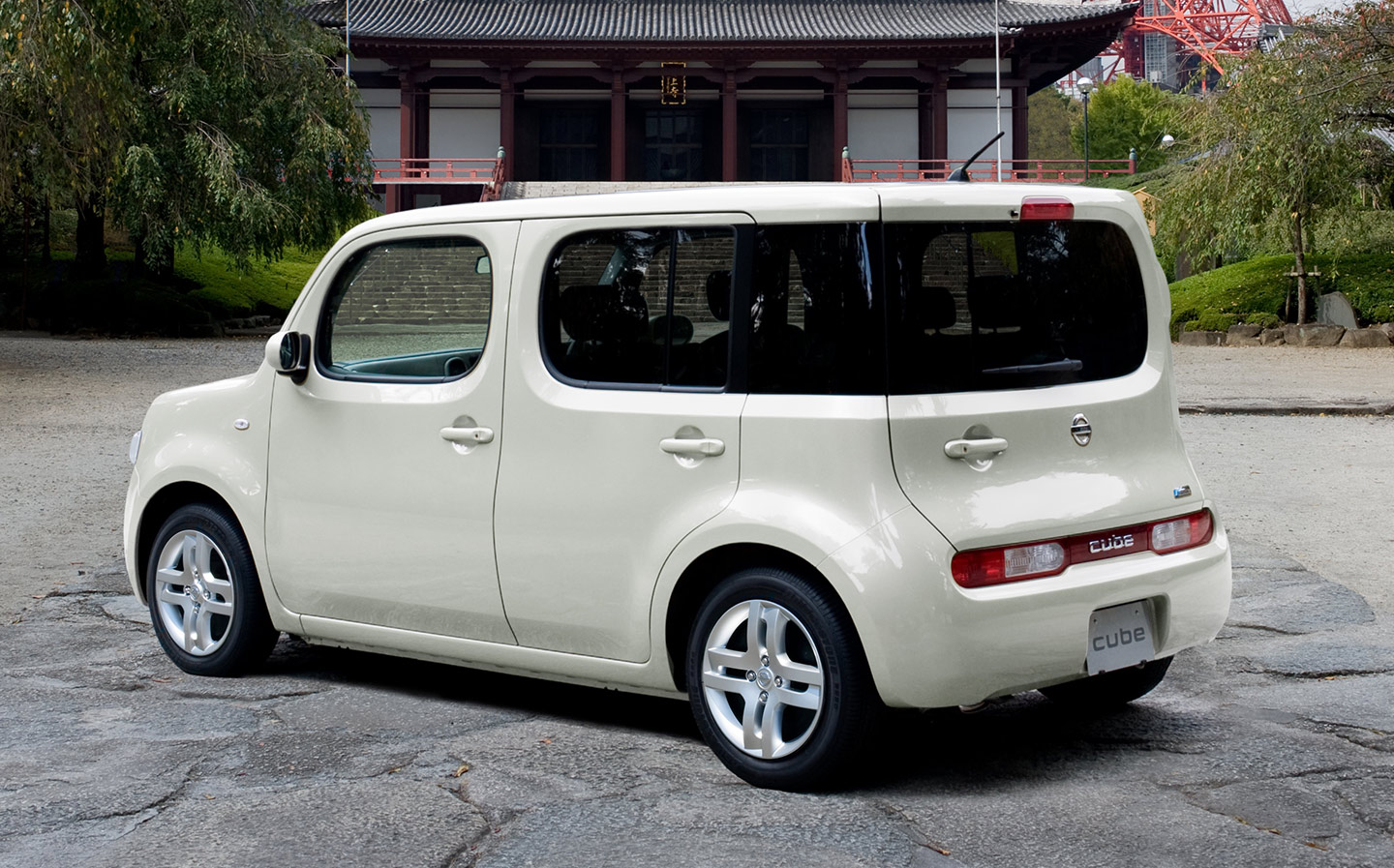 The Cube’s design does what it says on the tin – it’s like a box on wheels. It was quite practical for a small car, but the asymmetric rear put off a lot of potential buyers, which is something Land Rover might have considered when designing the Discovery. 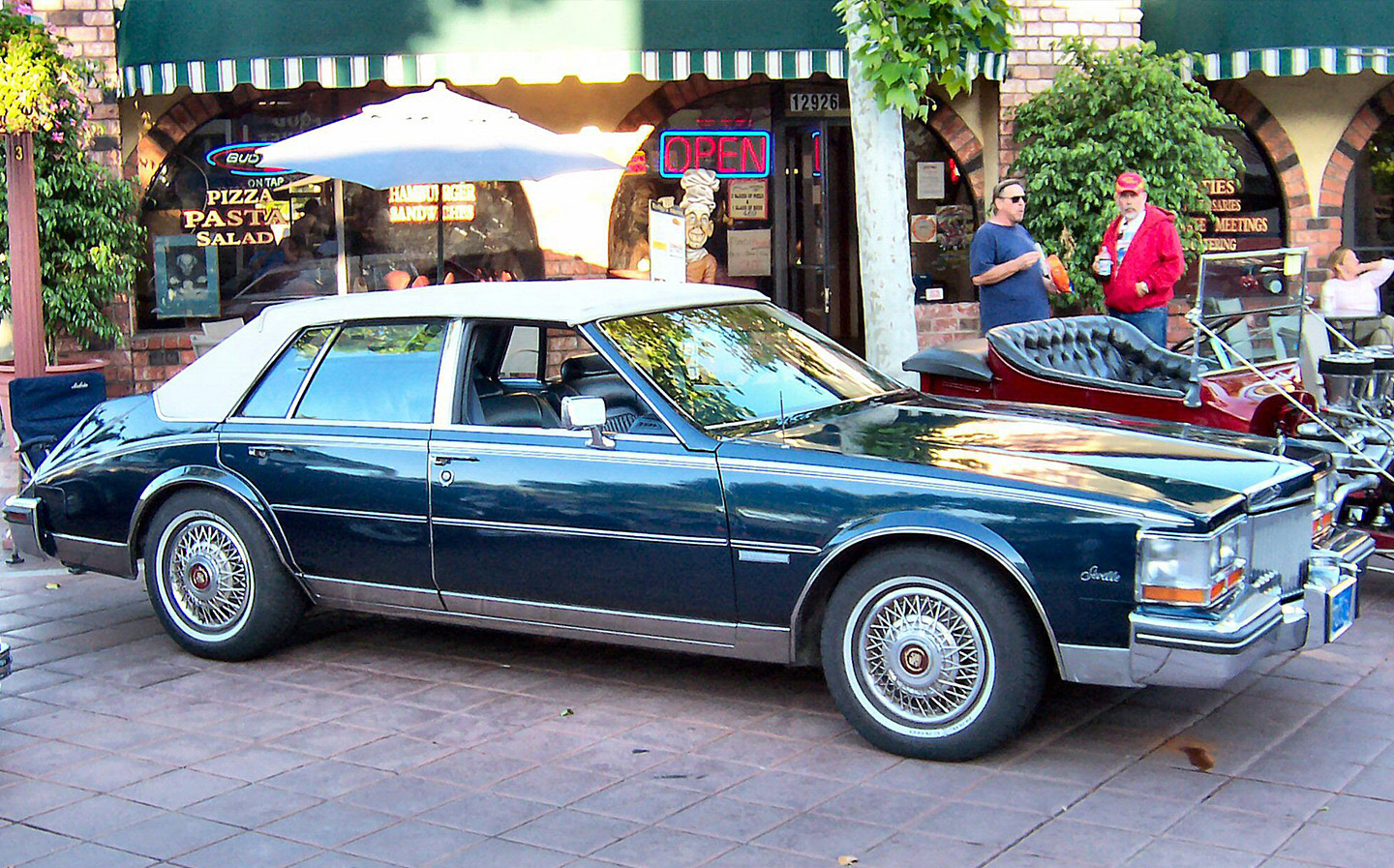 With the downward-sloping shoulder line it looks like the rear of the 1980 Seville has melted. It does grab the attention of some car collectors, though, and can sell for more than £10,000. [Image credit: Morven] 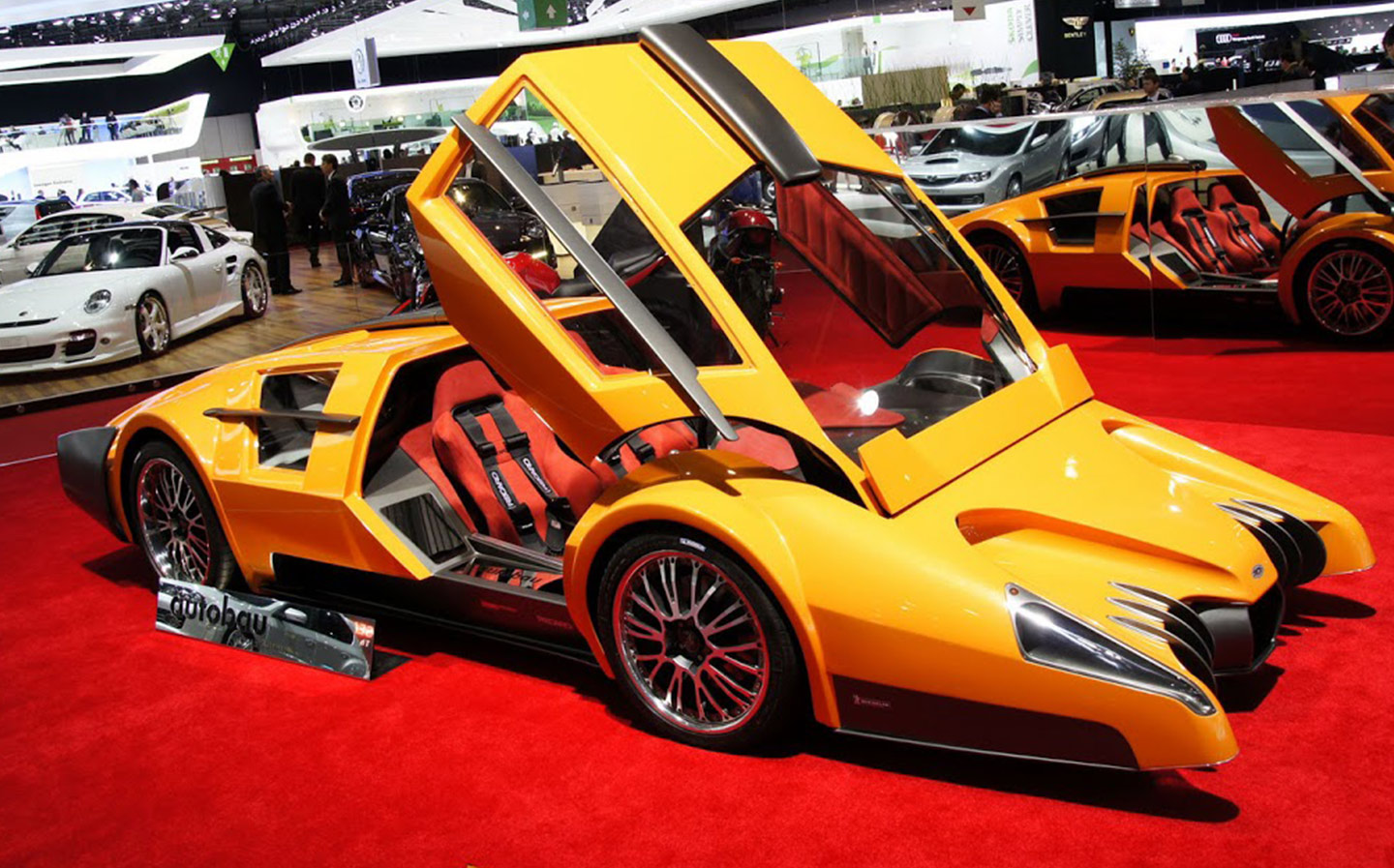 It’s as if Bruce Wayne, having spent the family fortune, was forced to create a Batmobile from a Bond Bug. Amazingly, this concept isn’t from the ’80s; it was revealed at the 2010 Geneva motor show. While there was something special powering the wheels — a mid-mounted 12-cylinder unit from Ferrari — the Autobau only produced 500bhp, which isn’t much by today’s supercar standards. 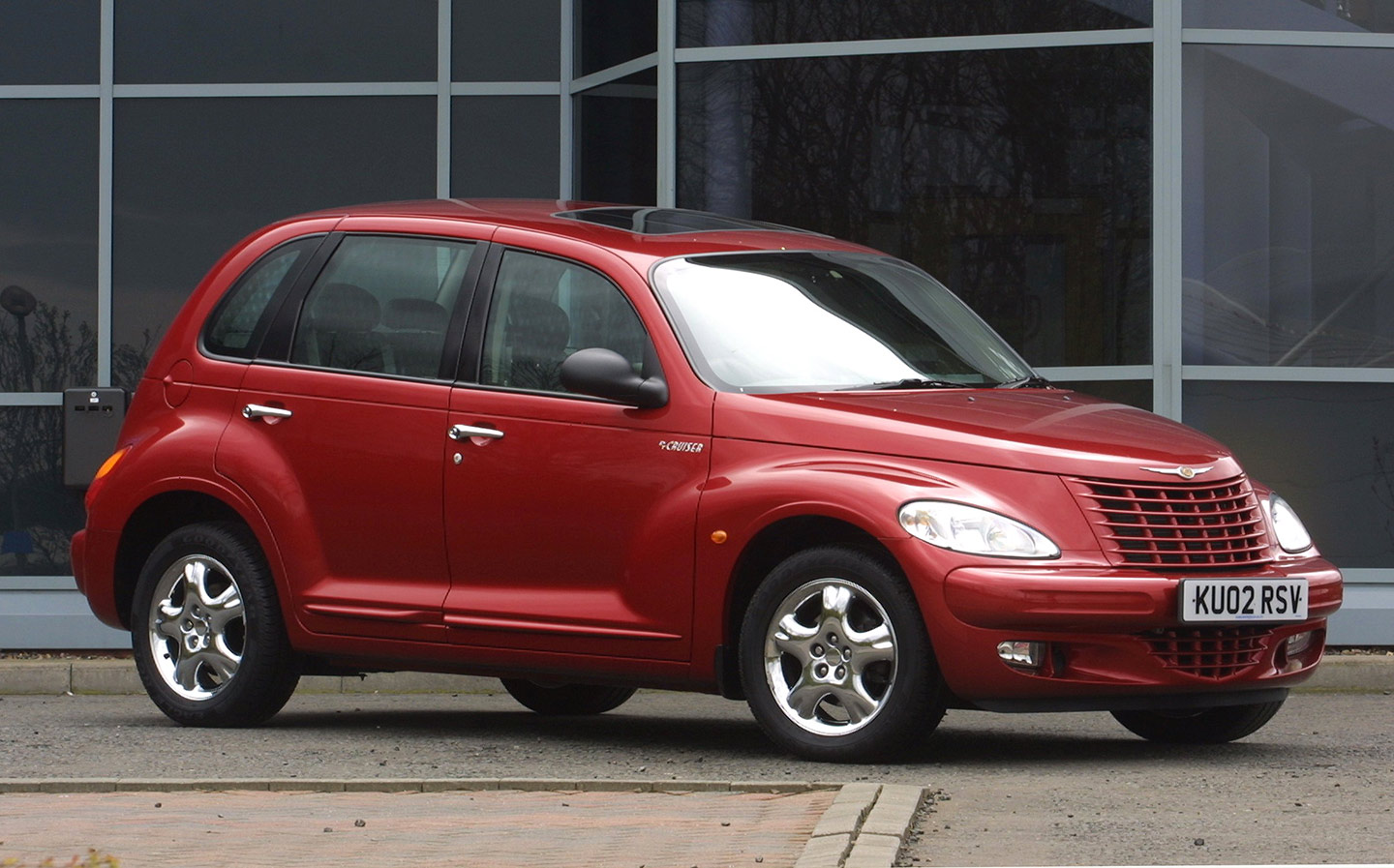 Like the Prowler below, from Chrysler-owned Plymouth, the PT Cruiser was an attempt to recapture some 1950s hot rod magic. It was a failed attempt, though, and the only magic you’d want is the ability to make it disappear. 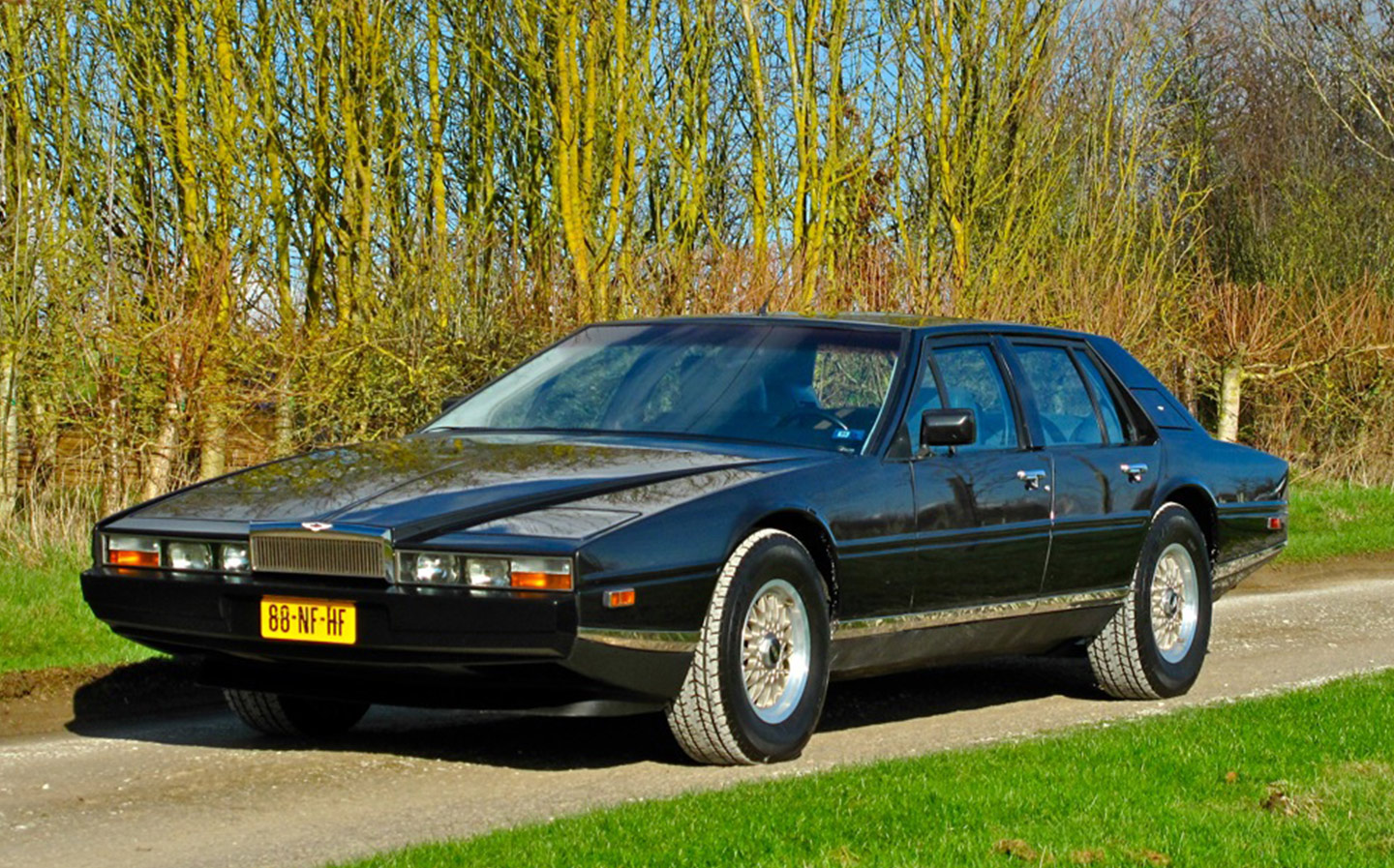 Now prized by collectors (they can fetch more than £100,000), the wedge-shaped Lagonda of the 1980s stands out as Aston Martin’s least attractive design by some margin. The minimalistic interior was extraordinarily futuristic, though, with a single-spoke wheel and digital instruments.

Like a less attractive van conversion of the Popemobile, the only thing that could make it worse is a tongue-in-cheek Picasso-inspired special edition with a humourless name. Step forward the Nissan S-Cargo. 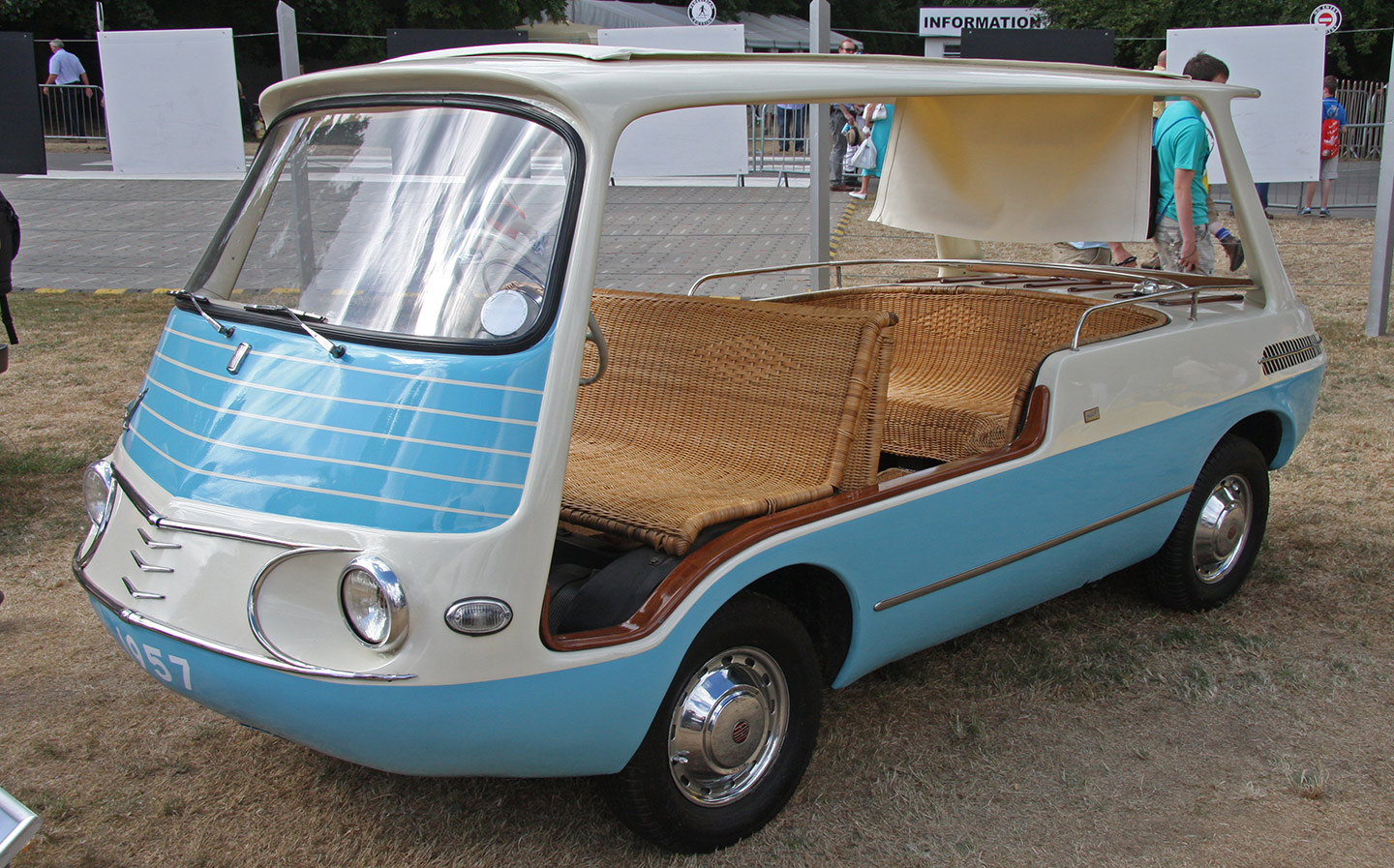 Poor Multipla… it’s a name without much dignity. The 1958 Fiat 600 Multipla Marinella could be considered cute but it’s more often described as better suited to an amusement park than public roads. To our eyes, it resembles a shrunken milk float crossed with a Riva speed boat, and taking a moderately quick right-hander might be… interesting. [Image credit: Brian Snelson] 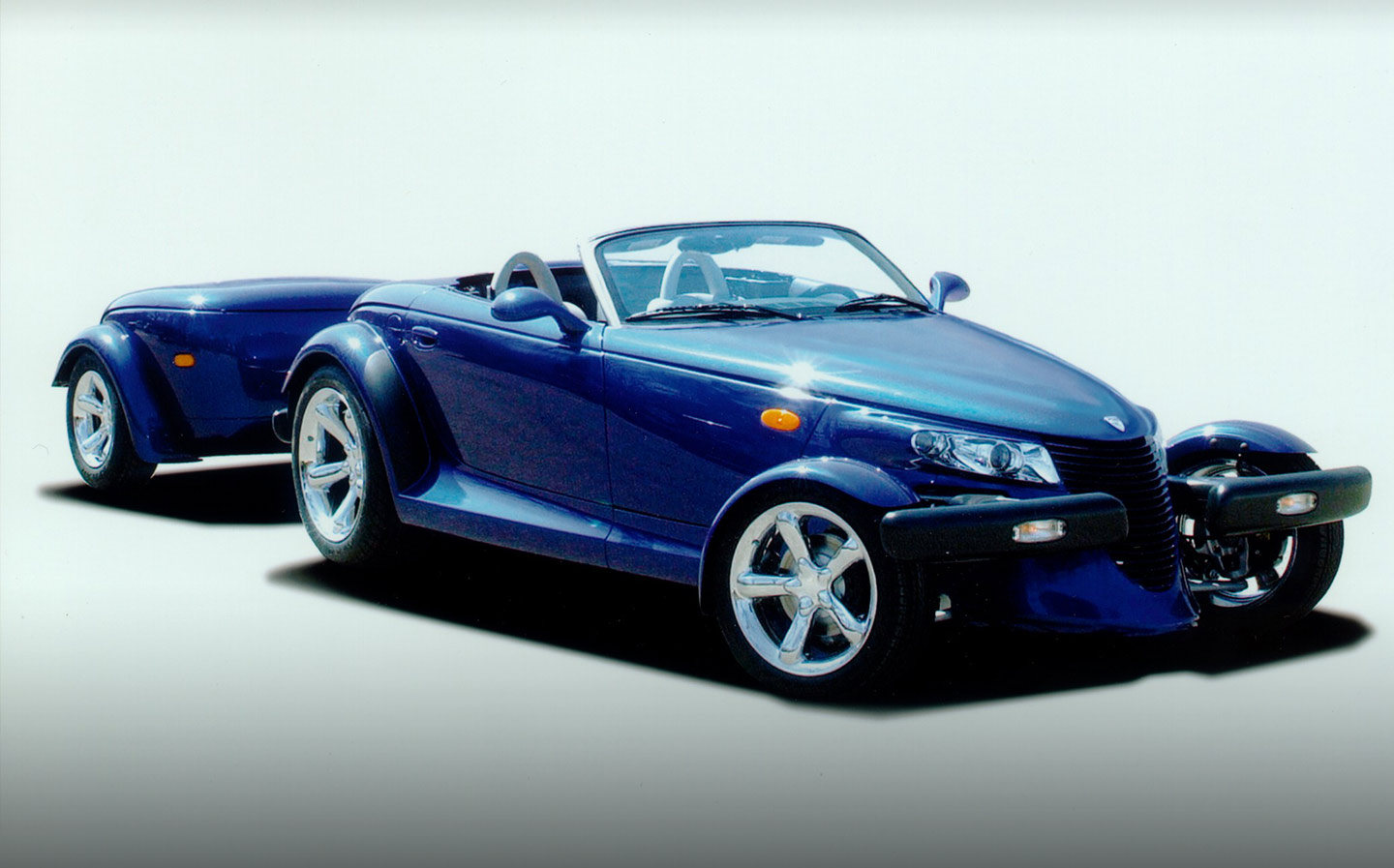 It harks back to the American hot rods of the 1950s but the Plymouth Prowler of the late 1990s just doesn’t quite work visually. The optional trailer doesn’t help one bit. Not long after the Prowler’s release, the Plymouth brand died. Buy one of these today, though, and you’re looking at a cool £40,000.

One of the low points of the Daimler-Chrysler era, this bloated soft-roader with its eyes too close together and its oddly wide wings and bumpers ended up looking like an ungainly hamster.

MPVs don’t have to be ugly — look at the Ford S-Max and other bland, inoffensive models like the Vauxhall Zafira and Ford Galaxy. Even in this none-too-desirable corner of the market, the SsangYong Rodius stands out like a thumb that’s been repeatedly whacked with a hammer. The design by Ken Greenley, former head of the Royal College of Art and Design’s automotive design course, was intended to convey the essence of a luxury yacht — presumably in that most people agree it ought to be torpedoed.

Rolls-Royce plus Pininfarina sounds like a winning combination; alas the resulting 1975 Rolls-Royce Camargue was not a car to be celebrated. Based on Rolls-Royce’s Silver Shadow, the Camargue had none of the elegance of the Shadow or its Bentley T2 sibling. Instead, the Italian styling — influenced by the angular, minimalist trend of the era — tended to accentuate the worst elements of Rolls-Royce design to create a slab-fronted, slab-sided, straight-edged monstrosity that looked like a cluster of fridges welded together. All that unabashed ugliness came at a staggering cost — £29,250, or almost £300,000 in today’s money.

Despite not being a bad car, the second-gen Ford Scorpio’s “wide mouth frog” styling still looks as grotesque as it did when it was launched in 1994. As well as the saloon, the Scorpio came as an estate, which, to be fair, didn’t make it look any worse; the Dutch royal family had a number of landaulette versions of the Scorpio commissioned, which, however, did. 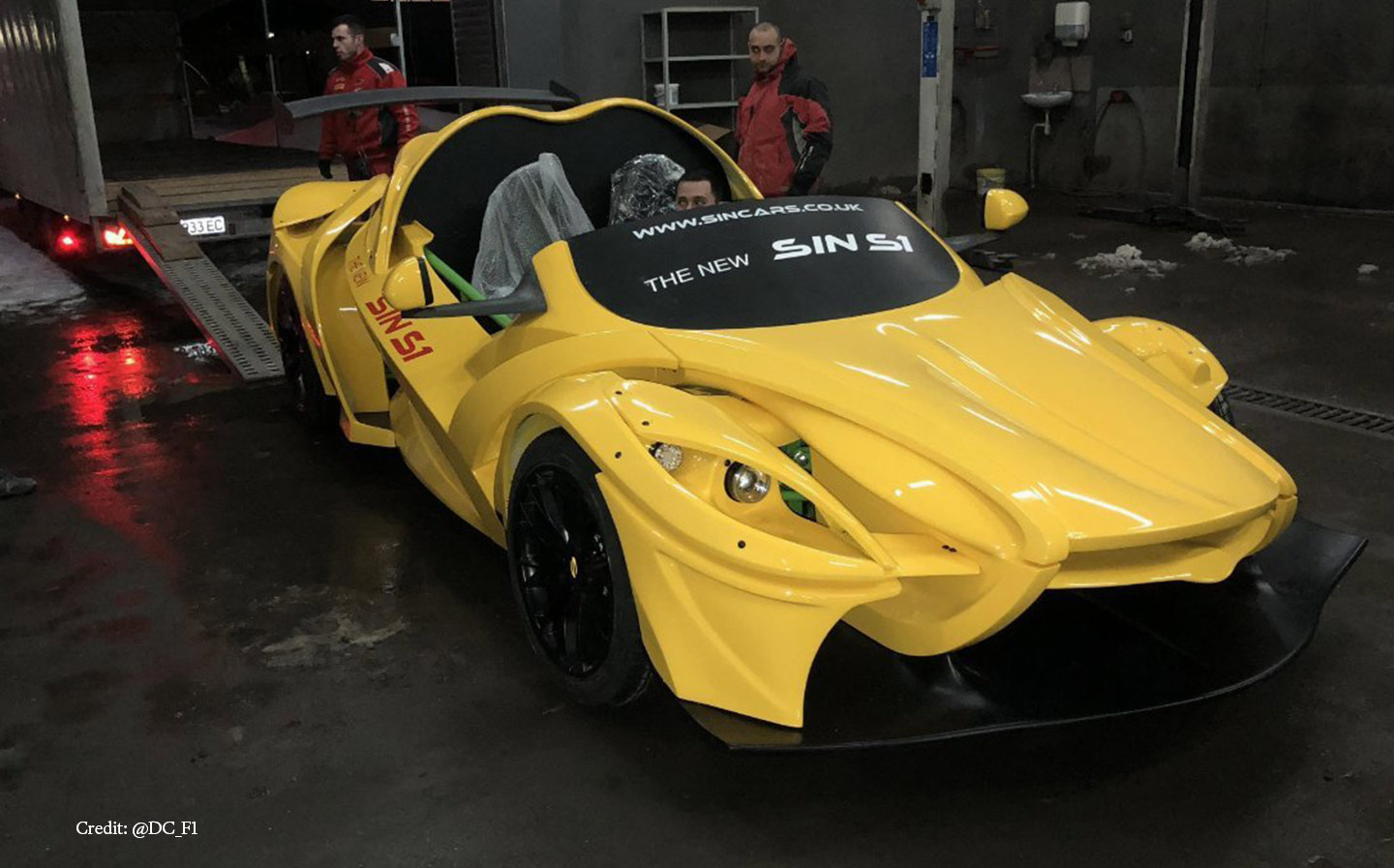 Sin Cars, a small company responsible for the much less aesthetically-challenging R1, created this follow-up called the S1. It’s a lightweight road and track car in the vein of a Radical SR3 or Ariel Atom, with a modular design that allows you to buy the chassis and then specify a number of components such as the drivetrain, interior and body design. We’d go for literally any body other than this one and ask the person who came up with this one to say multiple Hail Marys for his sins to car design.