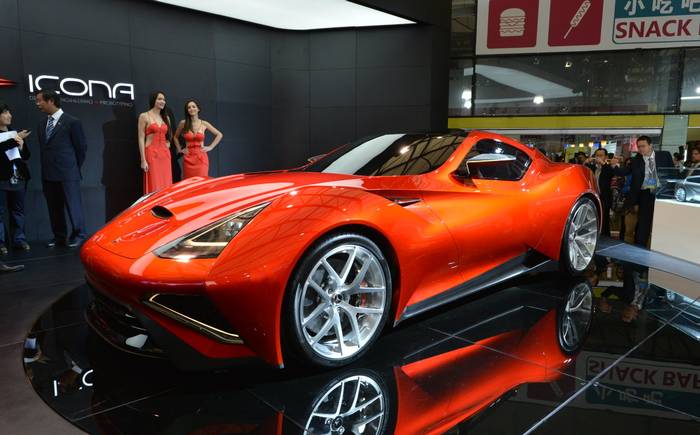 The last time a new Ford Escort rolled off the production line, Kylie Minogue was Spinning Around at number one and the London Eye had just opened. Fast forward 13 years and the new car that will bear its name took a bow at the 2013 Shanghai motor show this week. It’s no longer a small hatchback; instead it’s grown into a mid-size, four-door saloon and it’ll be made not in Dagenham but in China, for the Chinese.

The revived Escort was just one of dozens of new models to be released and previewed at the show, now rapidly becoming a leading showcase for new cars and concepts. After all, China is the world’s biggest car producer, easily dwarfing the USA, while its car market is the fastest-growing.

Be in no doubt: this is the age of the compact SUV.  At least five of them were presented at Shanghai, including two from Chinese-owned MG.

Looking a bit like an X6 that’s been boil washed, the X4 plays the same coupé-cum-off-roader card as its bigger sibling. It’ll share the platform from the smaller, more traditional-looking X3 but have a wider track for a more squat and aggressive stance. Expect it to cost about £3000 more than the X3 when it goes on sale here next year.

Better late than never. For too long, Mercedes has watched BMW, Range Rover and Audi carve up the premium SUV market. Now it’s payback time with this: a compact SUV drawing heavily on the new, more youth-oriented CLA saloon.  It should cost from £25,000 when sales start next year.

Citroën’s upmarket DS brand is on a roll and the Wild Rubis SUV promises to take it deeper into premium rivals’ territory. Based on the DS5 platform, the Wild Rubis is around the same size as the VW Touareg and for Shanghai showcased a new hybrid 1.6-litre petrol engine, one of a number of different powertrains. It’s destined to be sold in China only but there’s talk of a European version coming our way.

Not one but two SUVs from the emergent Chinese-owned MG brand. It’s all very tentative at the moment with the company insisting its focus is on re-establishing the brand and shifting the existing MG6 saloon and forthcoming MG3 hatchback. But when – if – they make production it is likely to be the larger CS (pictured) that appears first, followed by the Nissan Juke-rivalling Icon.

There are 95 dollar billionaires in China so you can be sure there are many more multi-millionaires ready to spend out on a luxury car or three. At Shanghai, Western car makers were only too happy to oblige but China herself wasn’t going to be outdone…

If you see one of these giant limos in your rear view mirror, you best get out of the way as it’s likely to be conveying a high-ranking Chinese state official. Hongqi was showing three versions: the £1m range-topping L9 (pictured) and slightly cheaper L7, both powered by V12 engines and each considerably longer than a Rolls-Royce Phantom. The L5 is the baby, presumably meant for those officials whose days in power are numbered.

Chinese billionaires like to be chauffeured. Nothing unusual in that except that while their Western peers are slumming it in the back of cramped Bentleys, Chinese tycoons are so numerous that car makers are prepared to engineer specially stretched versions of their luxury cars for them. Which is why Porsche was showing this China-only, elongated Panamera, offering an extra 15cm of rear cabin space.

When you’ve so many rich folk under one roof, it would be rude not to bring a little something to Shanghai that might tickle their fancy. The Alpine commemorates a Rolls-Royce Silver Ghost completing the arduous Alpine trial event 100 years ago, an achievement that led to the model being called “The best car in the world”. Today’s version has a special paint job and numbers are limited.

It’s no secret that the Italian car maker has ambitious plans to sell 50,000 cars worldwide by 2015. It currently sells 6,000. The new Ghibli, which sits below the recently launched Quattroporte, has a key role to play in delivering those extra sales. The UK will be getting a choice of 3-litre V6 diesel and petrol models with prices starting at around £50,000. Deliveries start in 2014.

It sounds like an aftershave but to any car fancier with between £250,000 and £400,000 to spend, the Eterniti Artemis is a passport to motoring exclusivity. London-based Eterniti revealed its final production-ready Artemis at Shanghai. Underneath all that pumped-up styling is a humble Porsche Cayenne Turbo, tweaked to deliver 600bhp.

Italy looked like it had supercars all sewn up, and then along came a new upstart promising starship performance. Where from? China, of course.

The name alone promises scorching performance but at Shanghai the new Chinese supercar brand could only speculate about what its hybrid Vulcano could achieve. Like 950bhp from a combined V12 and electric motor powertrain, or 858bhp from a twin-turbo V6. And 0-62mph in 3 seconds and a top speed of 220mph. But with former Ferrari powertrain guru Claudio Lombardi in the Icona team we won’t bet against the Vulcano delivering the goods.

If you want to know just how important China has become to car makers, you had only to visit the Lamborghini stand. The car maker celebrated its half-century with the unveiling of the limited edition Aventador Anniversario. It produces 19bhp more than the “standard” car and features a host of styling tweaks. The show car was yellow but with a price substantially in excess of £250,000, it’s fair to say you can have it in any colour you wish.

Driving was there when Bugatti set the record for world’s fastest open-top car, achieving a top speed of 254.04mph with the Veyron Grand Sport Vitesse. The car maker says the Chinese love its cars so what finer way to conclude this ripping tale of derring do than by unveiling a limited-edition version of the model at Shanghai called, simply, the World Record Car (WRC). Just eight will be produced, each costing £2m.

Amid the glam and glitter at Shanghai, the conservatively styled, compact Audi saloon looked all out of sorts. Except that away from the show and out in the real world, China is hugely important to the little saloon’s success. We’ll be getting it here in the UK, too, with a choice of two TFSI petrol engines and a TDI. The first cars arrive in autumn. A 295bhp S3 saloon follows next year.

So cool it’s freezing: VW chose Shanghai to unveil a new Beetle with full iPhone 5 integration. You clip the phone to a special cradle on the fascia and you can access all its functions including navigation, hands-free calls and music through the Beetle’s infotainment system. Look out for it on other VW models soon. The big question: what will my iBeetle be worth when the iPhone 6 comes out?

We saw the Lotus Elise-based, pure-electric sports car at this year’s Detroit motor show but the news at Shanghai was that production of the 155mph car, which can sprint from 0-62mph in 3.7 seconds, begins in Detroit, in August. The car will cost the equivalent of £90,000 and we should see it in the UK next year.