ANY PORSCHE 917 heading to auction could be expected to sell for a significant amount of money — it’s one of the most legendary racing cars of all time. The 917K being sold by Sotheby’s at its August auction in Monterey, California, is just a little bit more special, though: it was used in the 1971 Steve McQueen film, Le Mans, and as such is expected to sell for as much as £13 million ($18 million).

McQueen’s passion project film is considered a cult classic but its mostly-plodding pace, sparse dialogue and lack of a comprehensible plot, nor much in the way of character development, mean it is largely inaccessible for mainstream audiences. Racing fans, however, are regular re-watchers of Le Mans because it features stunning footage of the actual 1970 Le Mans 24hrs, as well as sequences specially filmed by McQueen and directors John Sturgess and Lee H Katzin on closed French roads after the race.

McQueen didn’t actually race in the real Le Mans as he had hoped — the film company’s insurers put paid to that idea — but he did drive the 917 on screen and in stunt sequences. Not this exact one, though — McQueen actually drives the No. 21 Porsche in the film, while the No.22 car wins the race in the hands of Larry Wilson (portrayed by actor Christopher Waite). 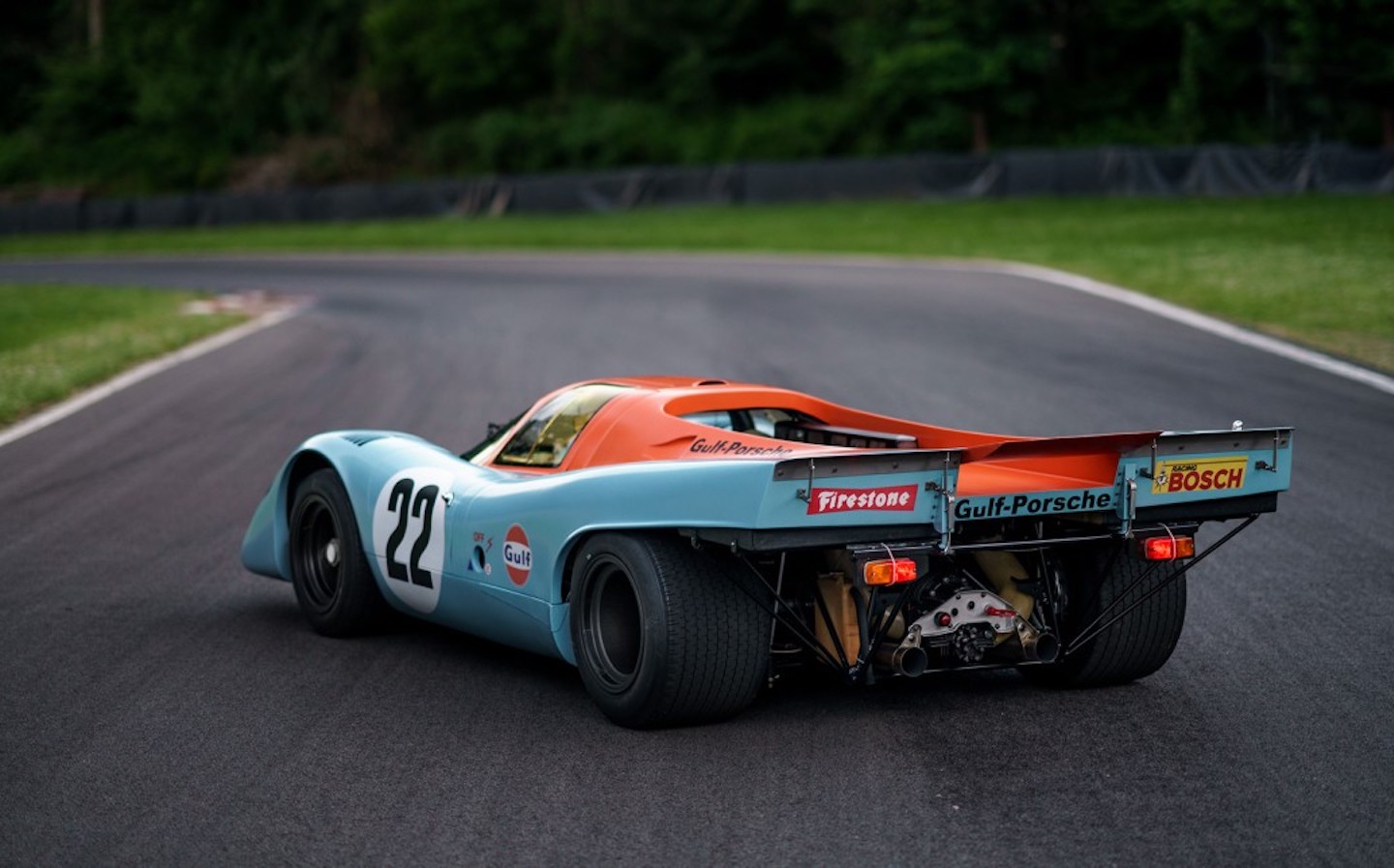 To get the authenticity that McQueen demanded — let’s not forget that he had done much of his own driving on the classic 1968 police thriller, Bullitt, with its legendary Mustang versus Charger car chase, and had competed in another Porsche in the Sebring 12-hrs race — real racers and real racing cars were roped in for the film’s production.

This car, a 917K (K for Kurz, or short, reflecting its truncated rear bodywork) was driven in the actual 1970 race by experienced sports car ace David Hobbs, alongside multiple motorbike world champion and some-time F1 driver, Mike Hailwood. In the actual race, Hobbs and Hailwood ran as high as third but failed to finish.

With authenticity at the front of his mind, McQueen insisted that his on-screen character, Michael Delaney, would also not win the race, instead coming a close second to a Porsche team-mate. This, apparently, caused a rift with director Sturgess (who ultimately left the project before filming was completed) and the studio, who wanted a glorious, victorious McQueen up there on screen. 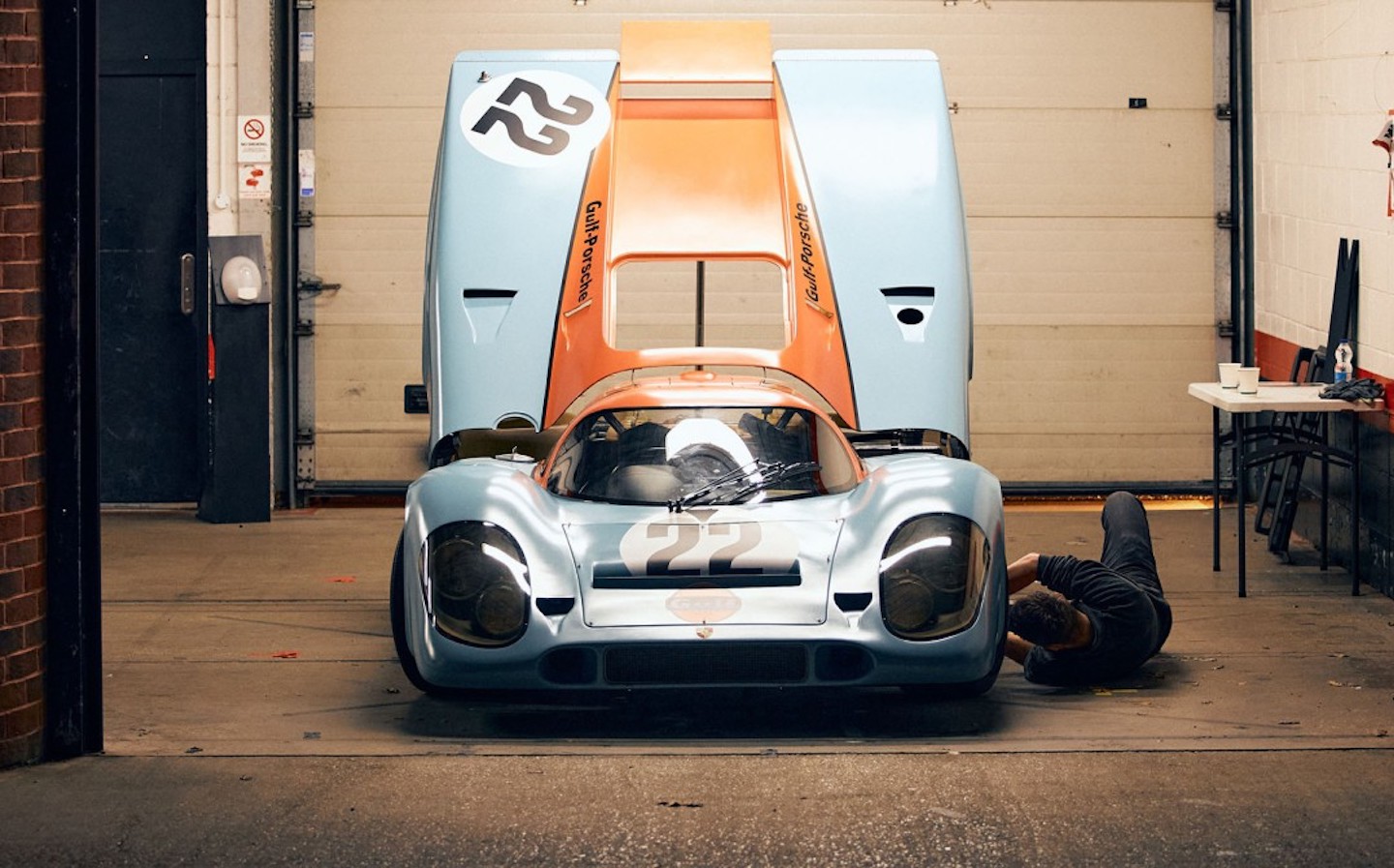 McQueen knew that racing, real racing, was rarely so glorious or victorious, and wanted to lose. It meant changing the original script for the film by Alan Trustman, who’d also written Bullitt and The Thomas Crowne Affair, both huge hits for McQueen. Trustman and McQueen fell out over Le Mans, and Trustman would never write another film script.

That was far from the only controversy to dog the film. British racing driver David Piper, a stalwart of sports car racing, crashed another 917 while filming and lost part of his leg. The film’s eventual failure at the box office would torpedo McQueen’s own Solar Productions film-making company.

For all that, there is a dangerous glamour both to the movie and to the Porsche 917, with its egg-shell bodywork and mighty 4.5-litre flat-12 engine. While McQueen didn’t win the on-screen race in this car, it’s still closely associated with the silver screen legend and so will quite likely break more than a few records when it crosses the auctioneer’s block on August 13.