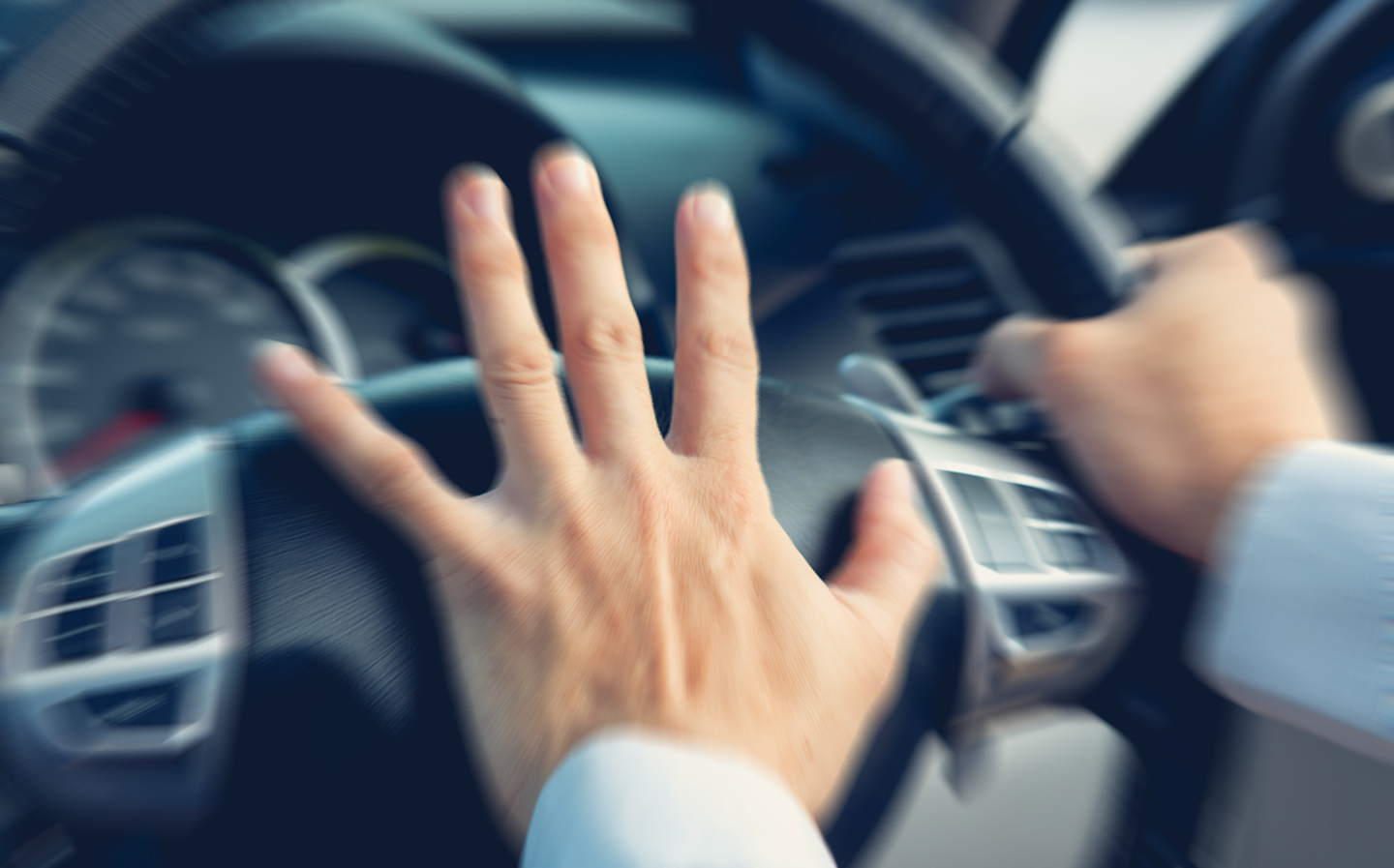 IT’S THE shock news that probably didn’t come as much of a shock: the proportion of motorists who see road rage as their biggest single concern on the road has doubled in 12 months, according to an annual survey by the RAC.

Okay, it was a rise from 4% of respondents to 8% — drivers collectively still rate mobile phone use, fuel costs and the poor condition of roads as more pressing issues — but it is a sharp increase in a single year.

Obviously this is a terrible thing, but it won’t be surprising to many road users. We see aggressive driving every time we get behind the wheel. The RAC report showed that six out of ten motorists believe aggression at the wheel has got worse in the past decade.

The organisation put this down to the pressure of life and a record level of traffic on the road, with congestion resulting in more drivers losing their temper.

The RAC also speculated that “tolerance of other people who make mistakes” appeared to be falling. I’d say tolerance of other people in general is an issue (I hesitate to mention the “B” word), but then we head on to the road only to find ourselves stuck behind lane hogs, not being allowed to “merge in turn”, and dealing with people who appear to see indicators as optional.

My personal pet peeve is people who can’t seem to maintain a consistent speed on a clear road – they come up to overtake and then slow down and sit in your blind spot, or you go to overtake only for them to speed up.

This kind of behaviour is incredibly irritating. It’s anti-social. And there are countless examples of what happens when a hot-headed motorist is on the receiving end.

“Imagine a national education campaign, along the lines of those around drink driving, to remind all drivers of the rules of the road”

Last month a motorist stopped his van in the middle lane of the M6 to block an elderly driver who had pulled out in front of him to overtake another car. The Times also reported the case of Matt Linnen, an X-Factor semi-finalist, who threw a coffee cup at another driver on the A1 in Lincolnshire after he was cut up. Both cars then crashed.

Road rage became big news in the 1990s. The most notorious case was that of Kenneth Noye, who stabbed and killed 21-year-old driver Stephen Cameron on a slip-road of the M25 motorway near Swanley, Kent.

In recent years, though we haven’t heard a lot about it. Either that, or it’s so common these days we now don’t see it as newsworthy. According to official figures highlighted in The Times’ article, the number of drivers convicted of dangerous driving in 2017 was 3,849 – an increase of 28% in five years.

The RAC said that 29.6% of the people it questioned claim to have seen some form of physical altercation on the road and 60% said that they had seen “more instances of road rage these days” than they did ten years ago.

So how can we improve things? Reducing traffic should be the main priority, if the RAC’s right about congestion being a cause of road rage. Paradoxically, though, many people are too scared to cycle because there is too much traffic on the roads, and train fares are sky high.

If we can’t tackle congestion easily, then why not try to reduce anti-social driving? The Times article highlights official figures for 2017 showing that almost 29,000 drivers were given £100 fixed penalties or taken to court for careless driving, an offence that covers tailgating, undertaking and forcing vehicles into queuing traffic.

I would argue these are sometimes not the causes of anti-social driving; they’re the symptoms. If you’re caught behind a lane hog and see “the red mist”, you may end up undertaking (or “overtaking on the inside”, if you prefer to avoid terms relating to funeral services).

That lane hog probably isn’t doing it to wind up other drivers, though – maybe they need to be reminded what the Highway Code says on lane discipline.

Imagine a national education campaign, along the lines of those around drink driving, to remind all drivers of the rules of the road: keep left; merge in turn; don’t stop on ASLs (advance stop lines, aka “bike boxes” at traffic lights) unless you have passed the first white line when the signal turns red; put your phone down.

We cannot assume all drivers have perfect knowledge of the Highway Code. I like to think I’m better than most (you’d hope so) but so do most drivers, and we can’t all be above average. I’m sure I’m rusty on a few topics. By reminding everyone of the rules on TV, billboards and radio, we could surely reduce the number of drivers behaving badly. And that in turn would help reduce road rage. It would be expensive, but as the figures show, something needs to be done.