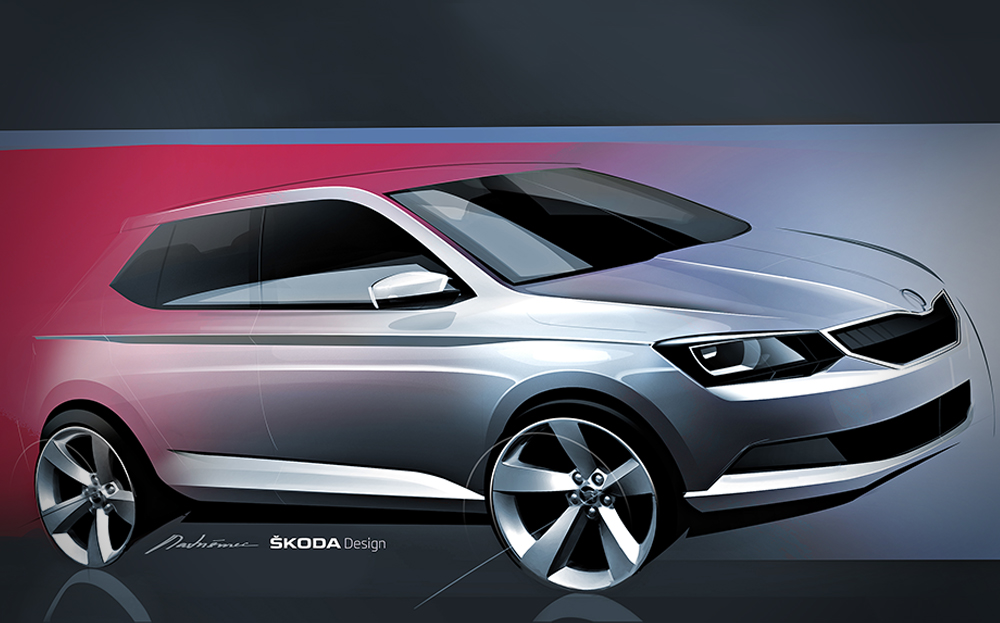 THE NEW Skoda Fabia will look fabia-lous, if this pre-launch sketch is anything to go by.

The new hatchback, available in three and five-door forms, will be unveiled at the Paris motor show before going on sale in the UK in January.

Unlike its predecessors, which were generally dull but worthy, the new Fabia promises to be a sleeker, edgier-looking car. Its design is inspired, says Skoda, by the VisionC concept the car maker presented at the Geneva motor show in March. Intriguingly, Skoda motorsport has also had a hand in finessing the final look.

With that in mind, the new model is likely to feature a high-performance version in its ranks. However, it won’t be badged vRS. Skoda says that apart from the UK, the outgoing Fabia vRS failed to sell in sufficient numbers.

With the change in look comes a change in dimensions with the new Fabia 90mm wider and 30mm lower than the outgoing model. The new model is based on the old Fabia’s platform rather than on VW Group’s versatile, high-tech MQB version. However, it features lighter components to bring the model’s minimum kerbweight below 1,000kg.

Together with a revised range of super-efficient petrol and diesel engines, some borrowed from the facelifted Polo, the new Fabia should achieve typically competitive VW Group consumption and emissions figures.

Skoda promises this next Fabia will have a new and versatile interior with individual options for customisation. It’s bound to be high-tech with touchscreens on high-end versions and smartphone connectivity allowing users to run and display selected apps.

Prices will be revealed closer to launch but are likely to follow Skoda’s gentle drift upwards.

Click here to search for used Skoda Fabia on driving.co.uk