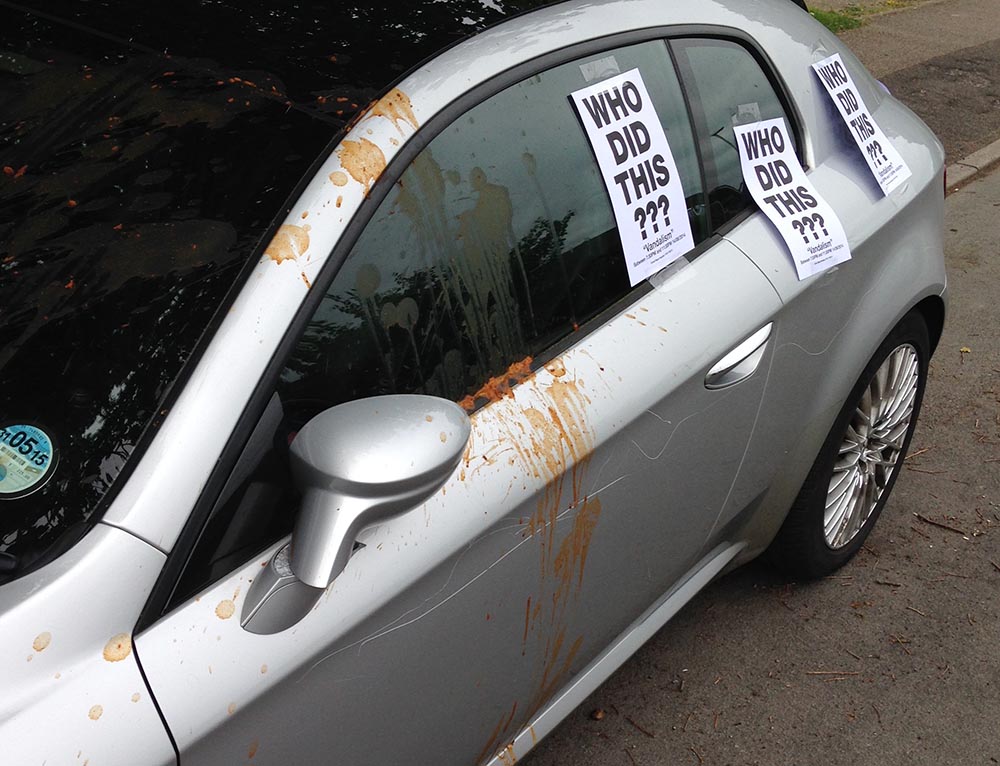 SO, IT has turned nasty. On the night England lost to Italy in the World Cup, an entirely innocent Alfa Romeo Brera was “pasta’d” by mindless vandals.

The sleek sports car was discovered smeared in the tomato-based sauce by its owner Paul Chapman. He had returned to his house in Tunbridge Wells at 10.45pm on Saturday night to watch the game.

As he approached the Brera he noticed what he initially thought was vomit on its bodywork only to realise, on closer inspection, that it was pasta sauce. The car had also been keyed.

Chapman has put up posters appealing for witnesses.

“I’m not expecting anybody to own up but I want people around here to know that hooligans are in the area.”

A spokesman for Kent police said: “There have been no other reports of cars being vandalised and for this incident there is nothing to suggest the offence was connected to the World Cup.”

Search for and buy a pasta-free used Alfa Romeo Brera on driving.co.uk