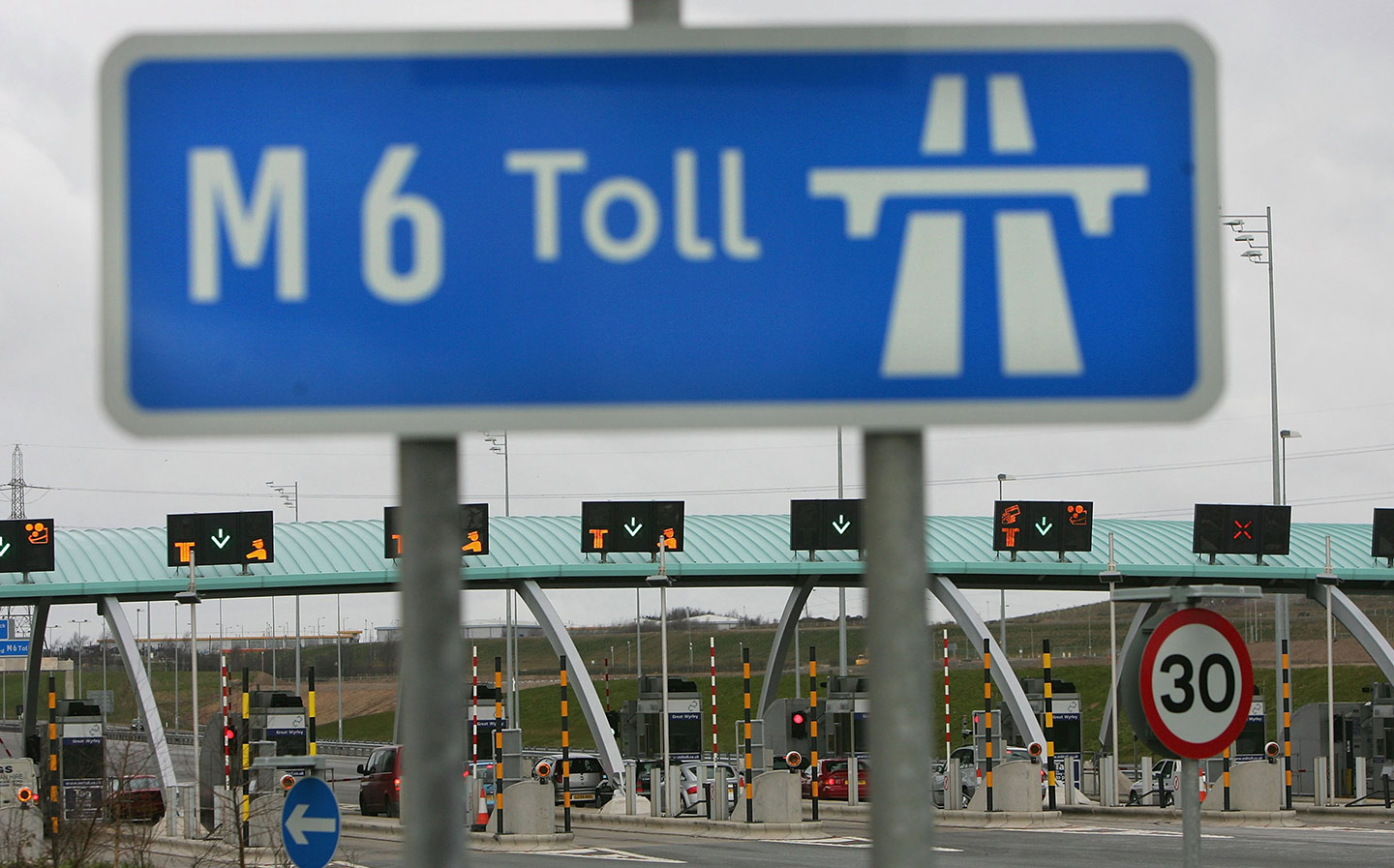 MORE ROAD users will be encouraged to use the M6 Toll road at peak times, if new plans are officially given the go-ahead.

The move follows concerns that the 27-mile bypass route in the West Midlands, which costs car drivers £5.90 per journey, is underused.

The M6 Toll has repeatedly failed to attract the 75,000 vehicles it was designed to accommodate on a daily basis, with the most recent figures showing an average of 56,281 vehicles during weekdays.

The proposals are included as part of a 20-year plan to ease traffic and congestion in the region. The Midlands Connect transport group has proposed the use of “estimated time savings signage” to divert more vehicles onto the M6 Toll, thus easing traffic flow on the main M6 motorway.

This particular element “could be developed within the next two years”, according to the plans.

However, Edmund King, president of the AA, scoffed at the idea.

He said: “Signs won’t do it. The only thing that will attract more traffic is to scrap the toll and bring it into public hands or reduce costs to make it more attractive to drivers. It makes no sense to have this road sitting there unused.”

Traffic projections for the route have consistently fallen short. The toll road was put up for sale two years ago for almost £2bn and bought by an Australian pension fund, IFM.

The M6 Toll plan is one of 10 recommendations for the region made by Midlands Connect.

Other suggestions include the construction of an A46 Expressway, linking the A46 at Syston to the M1 on the outskirts of Leicester, and a “Western Strategic Route” to connect the M5 and M6 motorways.

Congestion-controlling measures such as ramp metering on the M5, and Park and Ride stations were also proposed, along with trials for wireless “platooning” technology that’ll allow HGVs to accelerate and brake in sync with each other.