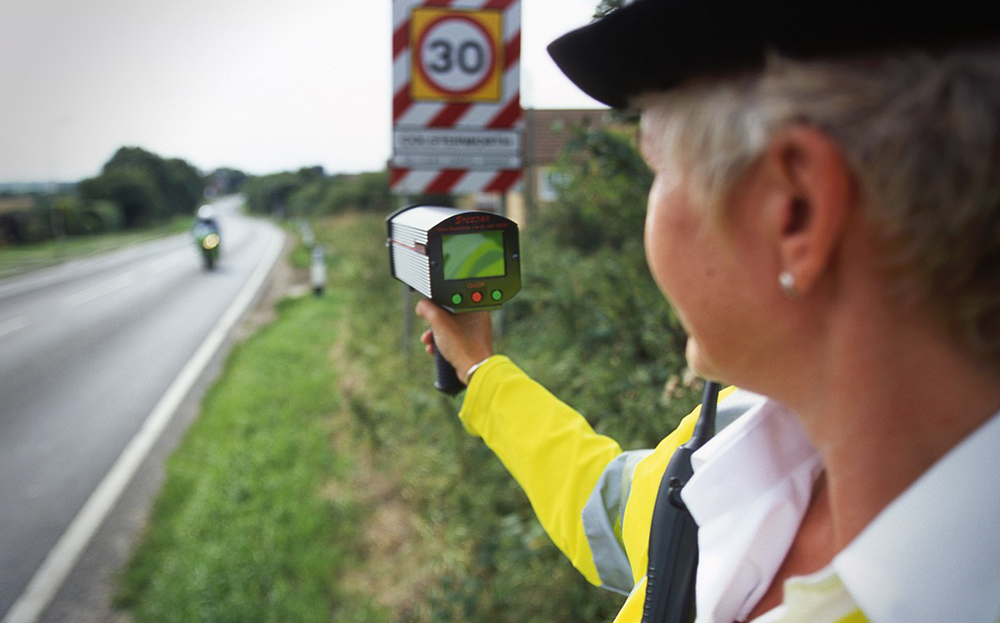 DRIVERS face being fined and even prosecuted for creeping over the speed limit by as little as 1mph under plans being drawn up by police in some parts of the country. The proposal would result in tens of thousands more speeding tickets being issued and force drivers to keep a far closer eye on their speedometers.

Under the current system, contained in police guidelines, drivers are allowed a margin of error of 10% plus 2mph. That means, for example, that police won’t usually prosecute motorists travelling at up to 35mph in a 30mph zone. By the same calculation drivers travelling at up to 79mph on motorways are unlikely to be prosecuted.

The guidelines were introduced in 2000 to take account of the possibility of inaccuracy in speed cameras. They were also intended to reassure drivers that the system was fair, rather than simply a money-raising racket.

Now police in Scotland have announced that they are axeing the thresholds. From this autumn Scottish drivers going fractionally over the limit will receive formal warning letters. If they are stopped a second time, they will receive a £100 penalty notice and three penalty points or be reported for prosecution.

The new procedures, approved by the Scottish government, will be tested in a six-month pilot project. Scottish police — unlike those in England and Wales — have never disclosed the margin of error they use, although it is thought to be similar to that of the rest of the country. If the pilot is successful in reducing accidents, as police hope, it may be adopted by other forces in the UK.

The College of Policing, which issues codes of practice to forces in England and Wales, is due to review the speeding enforcement guidelines this year, including the 10% plus 2mph threshold.

Today, official police guidance states that police speed cameras are approved to work with a maximum tolerance of 2mph at speeds of up to 66mph and 3% thereafter

According to Superintendent Iain Murray, head of road policing in Scotland, the change is being driven by safety considerations. “We are talking about people who might be law-abiding in every other respect but fail to realise the risk they pose by driving on autopilot or failing to pay enough attention to what is going on around them,” he told the Scottish daily The Herald last week.

“The use of formal warning will enable us to challenge this behaviour, provide real-time education and monitor how behaviour changes by looking at re-offending rates.”

The spokesman said the details of the pilot study — including how speeding would be detected — were still being worked out.

Another reason for the change could be recent advances in speed camera technology. The 10% plus 2mph was introduced 15 years ago when the rise in the number of speed cameras required a formalised threshold above which drivers would be penalised and that could be standardised across the country. Before that, prosecution was left to officers’ discretion.

Today, official police guidance states that police speed cameras are approved to work with a maximum tolerance of 2mph at speeds of up to 66mph and 3% thereafter, which would mean that drivers travelling at 63mph or more on a 60mph road could be prosecuted.

Average speed cameras are even more accurate because they monitor cars over a longer distance, says Geoff Collins from Vysionics, the Surrey-based firm that makes the Specs cameras used to enforce speed limits through motorway roadworks. “The 10% plus 2mph [threshold] isn’t really necessary in order to make allowances for camera inaccuracy,” Collins said. He pointed out that the cameras measure a car’s speed over a long distance, so any inaccuracies in their placing would typically result in an error of less than 0.1%. “Technically it is possible to enforce slight breaches in the limit.”

The law states that a car’s speedometer must not display a speed slower than that at which it is moving, though a large margin of error is allowed in the other direction.

Motoring groups sounded a warning against the changes, saying they could unintentionally result in motorists paying less attention to the road ahead. “Of course, the speed limit is the limit and people should abide by it,” said Edmund King, president of the AA.

Police forces are under pressure to cut injuries on the road after government figures published last month showed that road casualties in Britain had risen by 6% last year, returning to 2012 levels.

Scrapping the margin for error is the latest in a number of initiatives aimed at reducing speeding. Speed enforcement is already on the increase, especially on sections of “smart” motorways, where variable limits are used to regulate traffic flow and speed cameras ensure that drivers are complying with the rules.

A new generation of camera, known as Hadecs 3, is being installed on motorways, including the M25, M1, M4 and M6 this year. It is used to enforce the 70mph limit when the variable speed limits are switched off.

Towns and cities are also seeing stricter speed limits. Research by The Sunday Times found that three-quarters of councils had introduced 20mph speed limits in the past two years, slowing cars on more than 20,000 roads. Police forces have now begun enforcing this in some areas.

However, enforcing small breaches of the speed limit may require more effort than reprogramming speed cameras, say experts. Nick Freeman, the lawyer nicknamed “Mr Loophole”, who writes for The Sunday Times, warns that any new fines would be open to challenge.

“The first thing is the legal principle called de minimis, which means it’s so slight that it’s not really infringing the law,” he said. “At 51mph, 52mph [on a 50mph road], you are certainly de minimis. It would be an enormous waste of taxpayers’ money to pursue this type of very trivial prosecution.” 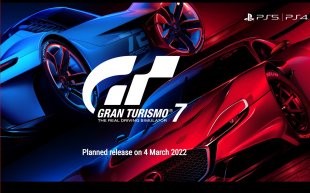 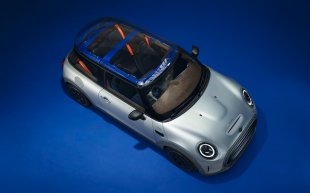