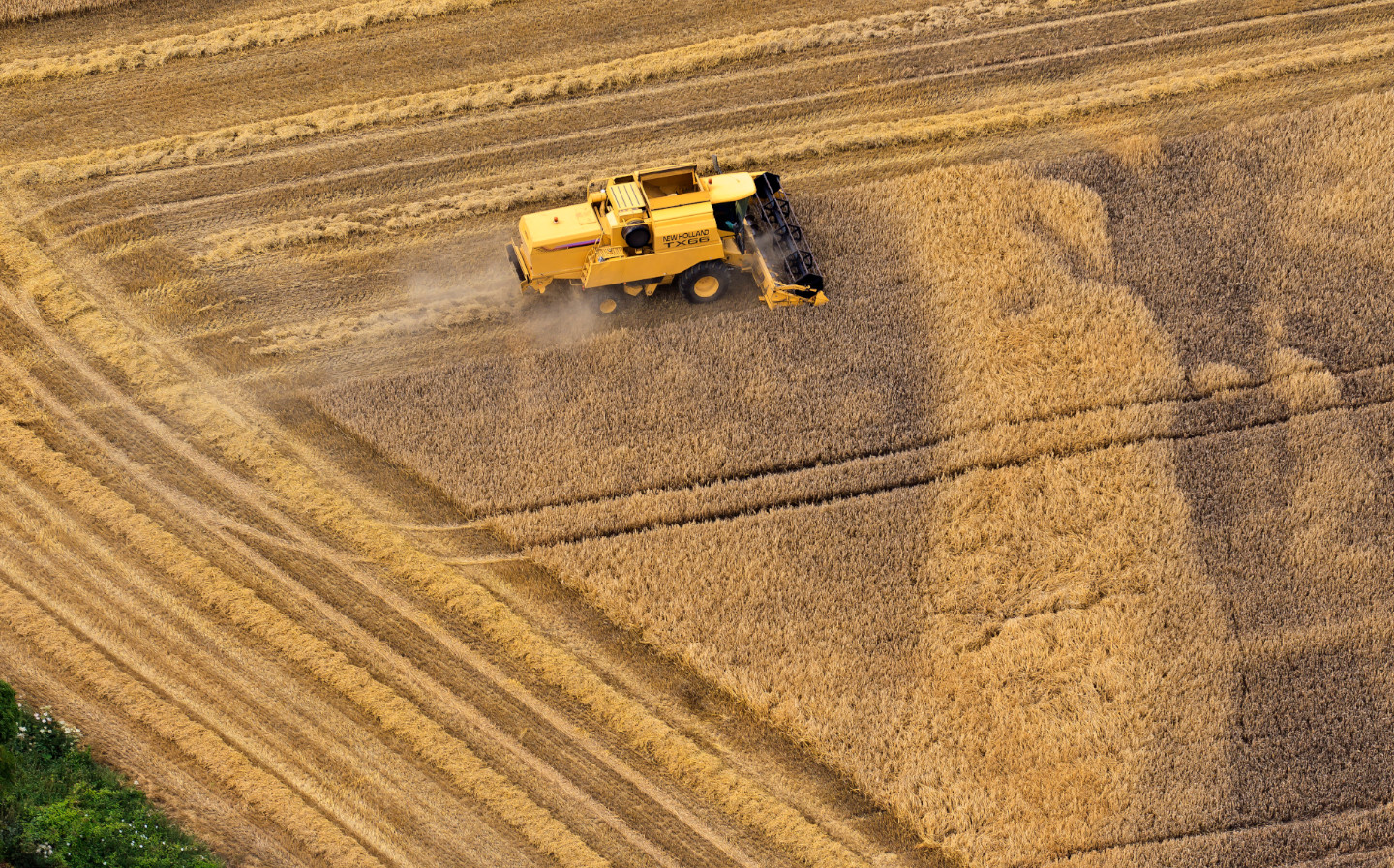 AS SOMEONE who has spent his career driving and reviewing Jaguars, Aston Martins, Alfa Romeos and Ferraris, Jeremy Clarkson knows what a beautiful machine looks like. The other side of that coin means that he’s got some authority on what a bad-looking machine looks like, too, and is in today’s Sunday Times Magazine makes it clear that farming equipment is almost without exception plain ugly. It is, however, unbelievably smart.

“When you look at a Royal Navy F-35 Lightning landing vertically on an aircraft carrier, you can’t help but marvel at the technology that makes such a manoeuvre possible. But I can assure you that when it comes to engineering complexity, a combine harvester makes the fighter jet look like a toaster.”

The presenter of upcoming Amazon show Clarkson’s Farm says that despite studying his own combine, and studied many YouTube videos on how they work, he is still awestruck when he sees one at work.

Things that are more attractive than a combine harvester, however, include “most wheelbarrows, your chest freezer, the marabou stork, the Chrysler PT Cruiser and Kim Jong-un’s hair.”

This is something of a trend when it comes to agricultural machinery. Yes, there are some tractors that have had some work done to make them look a bit pretty, but for the most part, aesthetics don’t really play a part in the design process.

Clarkson’s seed drill is even more impressive, he says, as it is controlled via a laptop in the cab and can plant seeds in rows at precisely the right intervals and depth. It will also turn off two of the drills to create “tramlines” of unplanted earth, which the sprayer can drive along when the crop starts to grow. Yet it also looks like “the sort of thing you’d find in a Bangladeshi scrapyard”. His mole, which allows him to feed water pipes into the ground, and the flamethrower attachment he’s seen for tractors are also eyesores.

This is because farmers aren’t interested in style, Clarkson muses. There’s no point in making a piece of equipment look pretty if it’s essentially a tool, condemned to just stay outside and get wet, bashed up, muddy and rusty for decades.

“The farmer doesn’t care what you think of his shoes, which is why he wears big plastic boots with metal toe caps. He wears overalls that make him look fat. He cuts his hair by dipping it annually into his combine harvester and he continues to wear an oily tie that he found, 15 years ago, holding the leaf springs on his trailer together.”

These observations are all, incidentally, from a man whose most notable sartorial affectation is his decades-long relationship with bootcut jeans.

However, Clarkson believes he has finally found a piece of farming equipment that is not only useful, but visually appealing. The beast in question is the JCB telehandler, which, like the name subtly suggests, is a telescopic arm that can handle heavy loads. Clarkson, enamoured with the thing, has used it for everything from transporting empty bottles to fetching logs and even going to the pub.

And it has the added advantage of looking like something from Thunderbirds, he says. But because Clarkson is Clarkson, and “not a proper farmer yet”, he’s quite tempted to fit it with flamethrowers modelled on the guns in Aliens.

To read Jeremy Clarkson’s full farming column, head to The Sunday Times website or grab a copy of this weekend’s Sunday Times Magazine.

Jeremy Clarkson: The Aston Martin DB5 is excellent … to look at