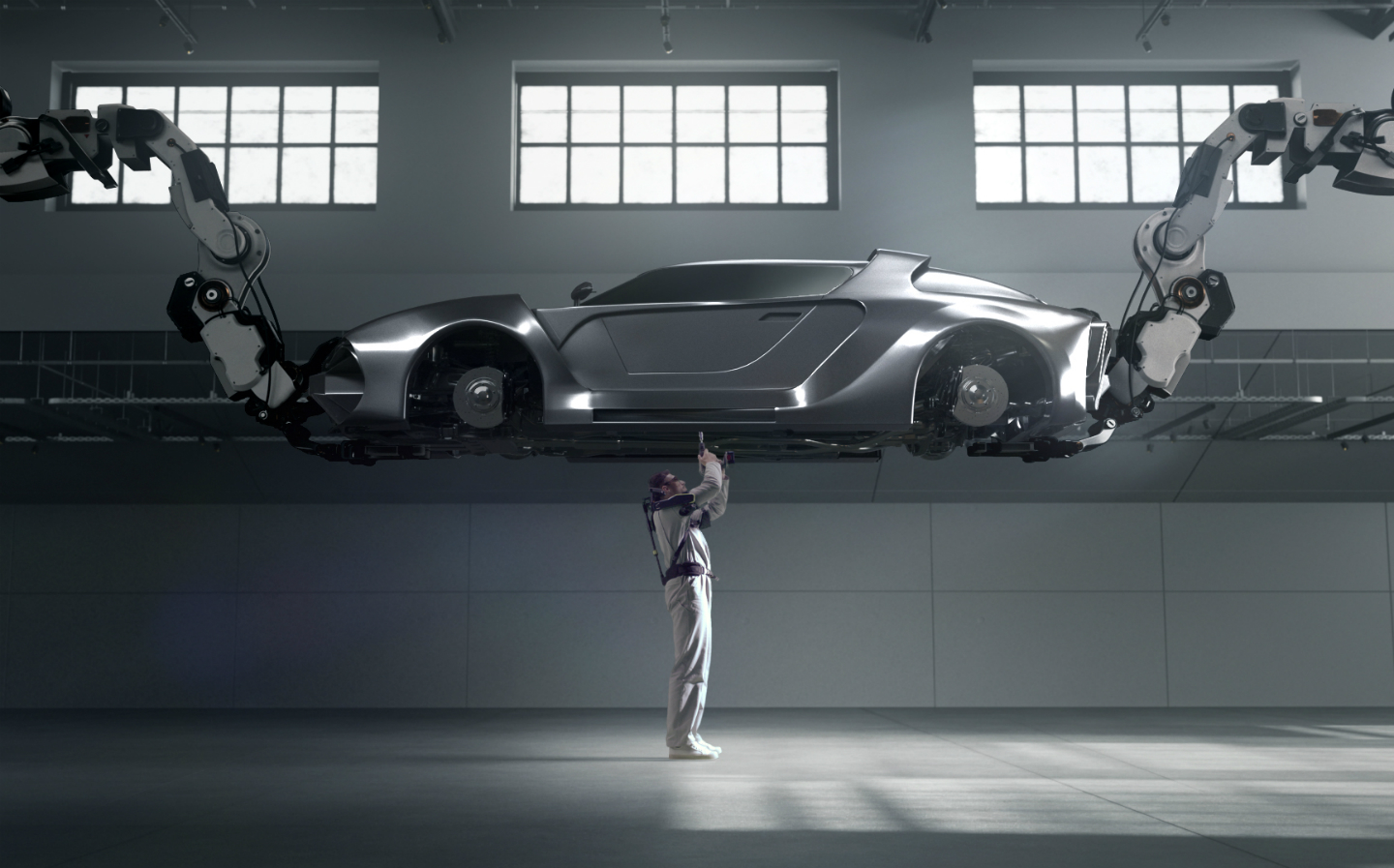 HYUNDAI has come up with an ingenius way of relieving the repetitive strain of building its cars: a robotic vest that it can be worn by workers on the production line.

The “VEX”, or “Vest EXoskeleton” system is being developed to support assembly line staff involved in overhead work, such as installing parts such as exhausts and brake tubes to the underside of a car.

Hyundai says production line staff who don the robotic suit are less worn out after a long day putting cars together, explaining the setup “enhances productivity and reduces fatigue of industrial workers” by “boosting load support and mobility”.

The car maker says the exo vest can help alleviate the burden of manual labour without any additional power sources. According to Hyundai, the arm supports on the VEX device feature a multiple-point pivot system that negates the need for battery-powered assistance.

The lack of a battery pack has helped Hyundai make the robotic vest lighter than similar exosuit systems, with the company saying “competing products” are up to 42% heavier than the 2.5kg VEX.

Hyundai also says the VEX vest could cost as much as 30% less than similar products when the device is eventually made commercially available.

There’s still a hefty price tag, however: Hyundai says those other exosuits “usually cost around $5,000”, which suggests the VEX will at best start at around $3,500 (or roughly £2,800) once retailers get their hands on it.

While the setup sounds like a sci-fi concept, it has already been applied in real-world scenarios. Hyundai says its VEX suits were “widely successful” in trials conducted on production lines at two of its factories in America, and the company say it’s now looking into using the robot vests at other car plants.

This isn’t the first time Hyundai has dabbled with developing exosuit gadgets. The conglomerate is preparing a commercially-ready version of its “CEX”, or “Chairless EXoskeleton”, which, as its name suggests, is intended to allow the wearer to assume a seated position when there aren’t any chairs or stools around. The Hyundai Motor Group claims it’s looking into developing “a diverse range of robotics technologies” that these exosuits fall under.

The Hyundai Motor Group is not alone in experimenting with exoskeletons in the automotive industry. Ford has been slowly introducing exosuits to its factories worldwide since 2017. Honda has also dabbled with bionic tech with its self-explanatory Walking Assist Device — though, unlike Hyundai’s and Ford’s efforts, this has been developed with a civilian application in mind; namely as a tool for people to use in walking rehabilitation.