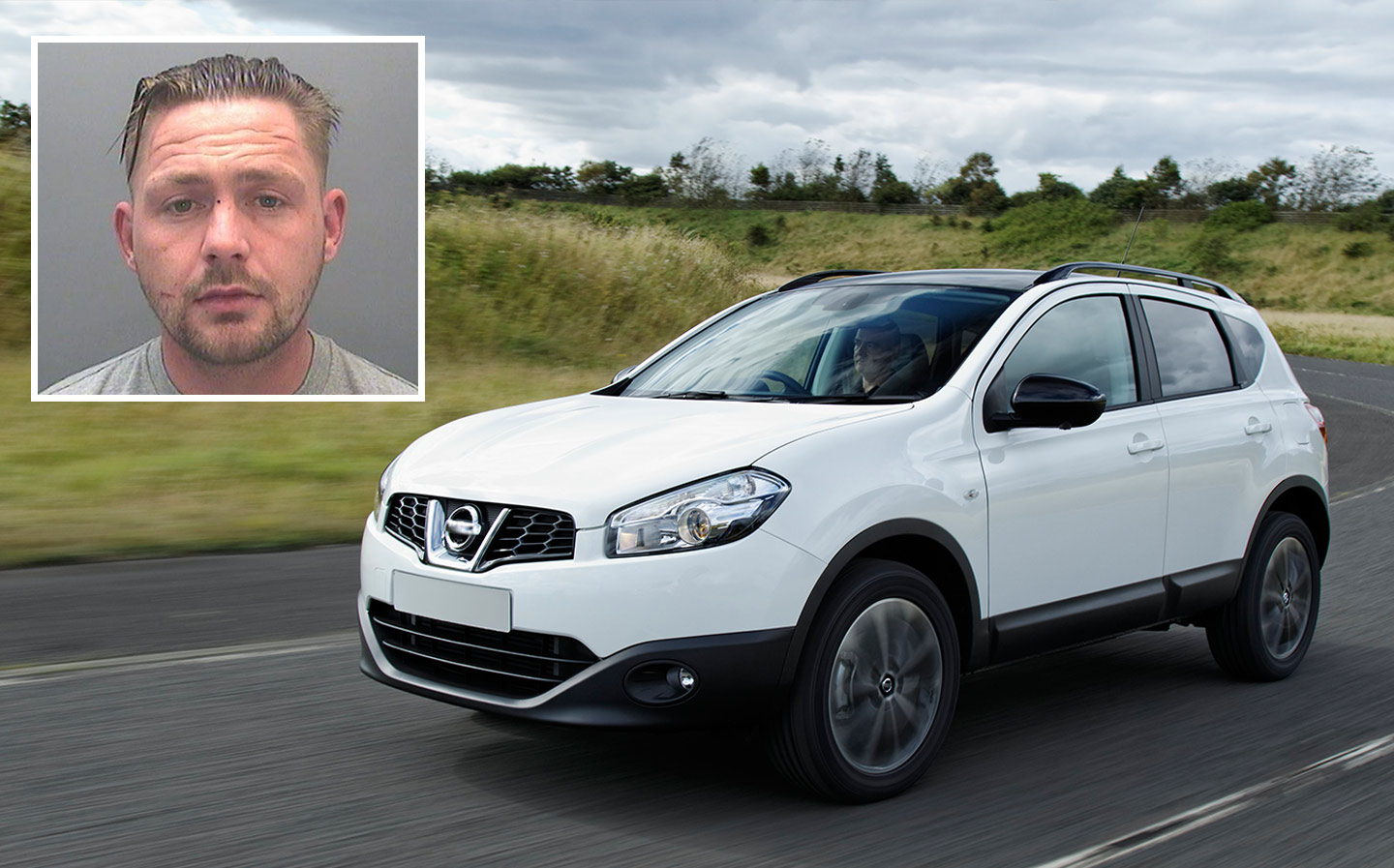 TALK ABOUT incandescent with rage: a man has been jailed for setting fire to his wife’s Nissan Qashqai after she criticised his driving.

Miller and his wife had been travelling back from a shopping trip in Cardiff on March 10 when Sarah Miller told her husband she was concerned about the speed of his driving.

Cardiff Crown Court was told that an argument ensued and Mrs Miller asked her husband to let her out of the vehicle. She was dropped off in a car park but left stranded without her phone or purse.

Miller was later spotted by a dog walker on Skomer Road in Barry moments before the white SUV, similar to the one pictured, burst into flames.

Prosecutor Joanne James said: “The defendant appeared to be revving the engine and [the witness] could smell the clutch burning. The defendant pulled his hood up in order, it seemed, to cover his identity.”

The witness began walking away before they heard a “big bang” from the footpath.

Emergency services were called to the scene where a fuel container was later discovered by the vehicle. Items including a handbag and driving licence were also found scattered across the lane, according to WalesOnline.

Sentencing Miller, Judge Richard Williams said: “You left [your wife] without any means of transport or money to pay for a taxi or bus home.

“By the time you got to Skomer Road you had petrol and ignition and you punished her for criticising your driving by setting fire to the motor vehicle you had been driving.”

Miller was given an eight-month jail sentence and was disqualified from driving for 10 months and one day, according to the report. A restraining order was also issued preventing Miller from contacting his wife, who has left the relationship following two years of marriage.

In an impact statement she said: “I have two young children and rely heavily on my car to take them to and from school, to go shopping, and mostly to visit my family who are supporting me daily through this difficult time.

“The impact of what happened is also far greater than losing my car. I now fear if Joshua is drunk and has come to do something stupid or dangerous.

“I have woken from nightmares where Joshua has been suffocating my dad.”

Mrs Miller added: “I have gone from a bubbly, happy individual to one alienated from family and friends.”

Ros Rutter, defending, said the defendant had a history of suffering from anxiety and depression and had voluntarily attended counselling sessions with mental health charity Mind after the incident.

She said: “He is a man who realises he needs help for underlying emotional problems.“He has been described as hardworking and at only 27 years old a valued and revered member of any team he has worked in.

“Employers describe him as a man who was an asset to the company and someone who goes above and beyond the call of duty.”
Tweet to @wdron Follow @wdron
Image: South Wales Police via MediaWales