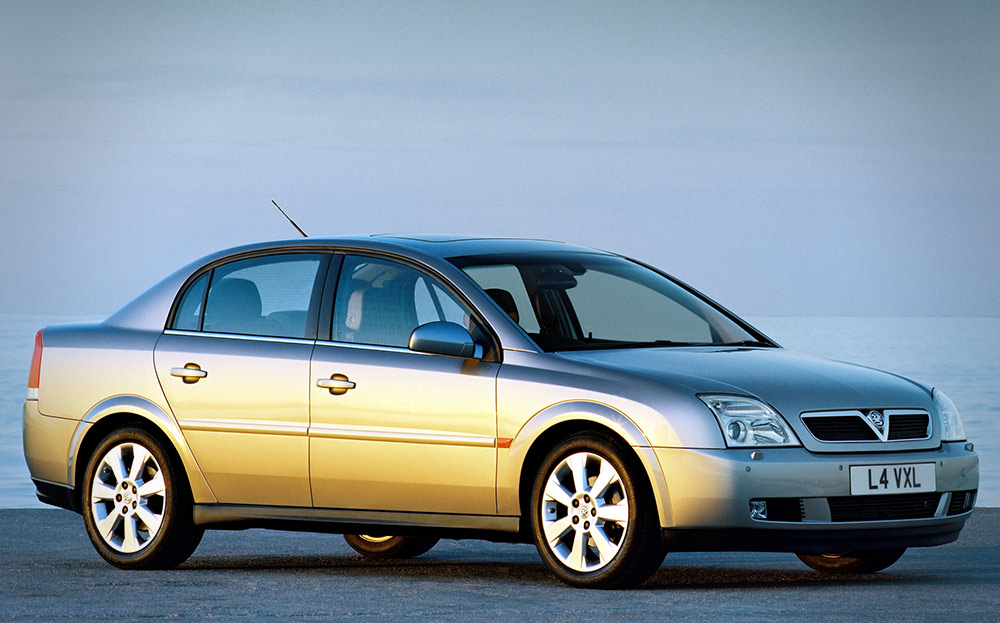 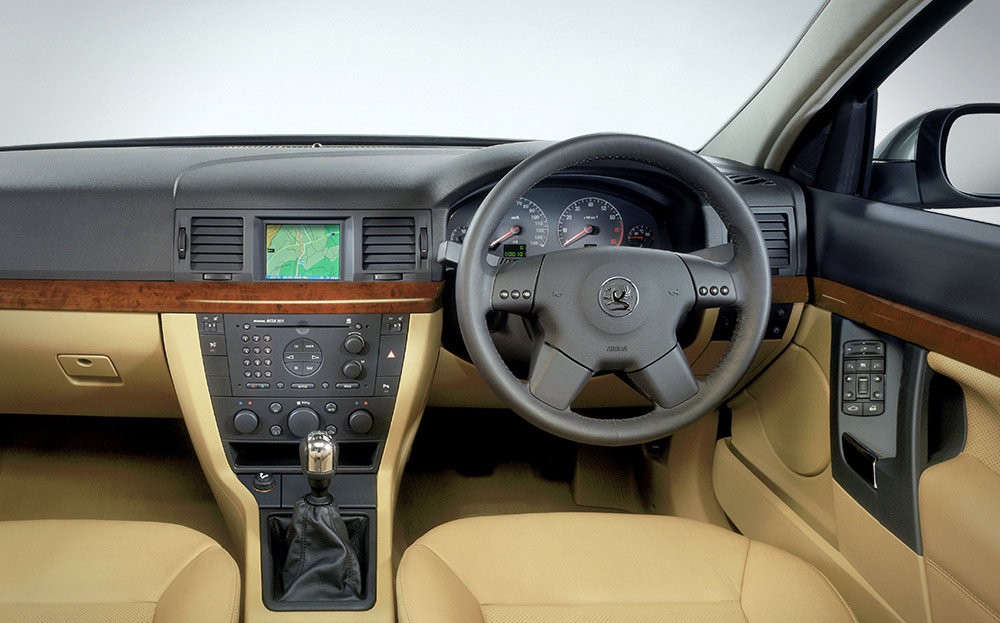 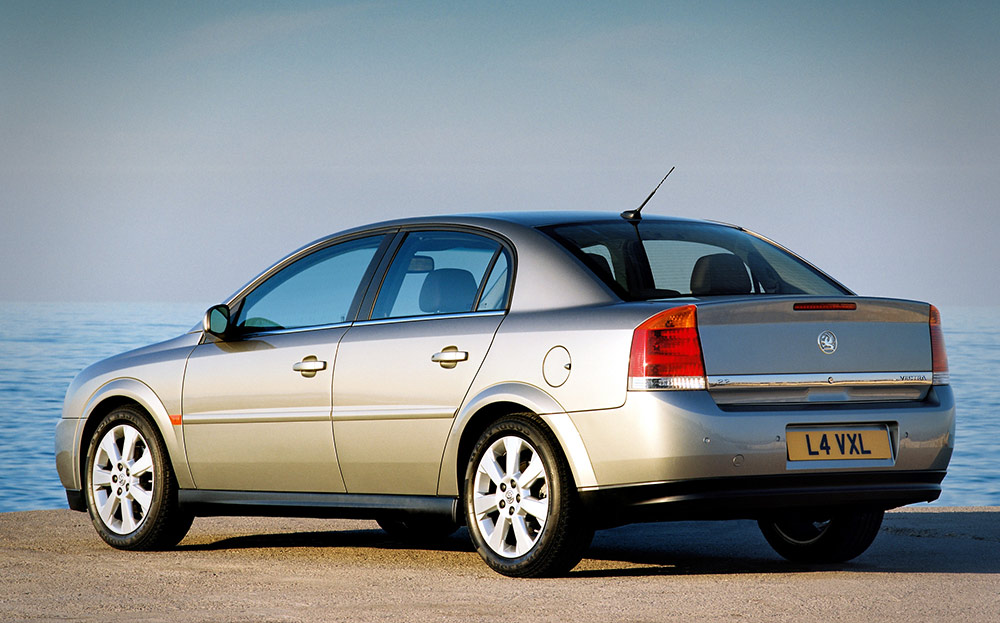 To understand just how dull this car was, you need to visualise a chartered accountant in a tweed jacket with elbow patches, playing cricket, in a period drama by Jane Austen, in Belgium, while reading out details of the Enron scandal in a Birmingham accent.

This car was Mogadon in metal, hypnotherapy with a hatchback. Driving it was as interesting as listening to the details of someone else’s dream, and thinking about it had exactly the same effect on your neck muscles as that moment at school when the master dimmed the lights and said: “First slide, please …” You immediately nodded off.

They said, remember, it was a car for the new millennium. And how far did it get? Well, it’s only 2002 but already it’s gone. Even the dome was more resilient.

Still, I had high hopes for the new Vectra. I assumed that after such damning criticism of the original, Vauxhall would pull out all the stops, go the extra mile, bend over backwards and stop at nothing to make sure its replacement was perfect in every way.

Well, it hasn’t. On the upside the new car has a good ride and it’s quiet, but on the downside the heater’s too fiddly, the indicator stalk is annoying, the steering is lifeless, it’s comparatively uneconomical, its CO2 rating is poor, the cruise control is too easy to activate by accident, there isn’t enough space in the back and the diesel stalls in traffic.

– Richard Brunstrom, north Wales chief constable, is labelled ‘mad mullah of the traffic taliban’ for a ‘personal crusade’ on speeders. One speed camera is hidden in a horse box.

– Prince Charles takes delivery of an Audi A8 saloon, days after urging people to buy British.

Worse than all this, though, is the dullness. It’s so boring that I came back from the launch in Barcelona with a whizzo idea. I’d start the column this morning by saying: “I’ve driven the new Vauxhall Vectra, and this is what I thought of it.” And then I’d leave the rest of the space blank.

Unfortunately, the editor pointed out that I’m paid to fill this column with words, not white space, and that I’d have to write something. So here goes.

The reed warbler: a relative newcomer to Britain, this tiny bird, just 5in long, is now found in most English and Welsh reed beds. That way, it can be close to its principal source of food — insects.

However, studies have shown that baby cuckoos raised in reeds have a greater chance of survival than those raised elsewhere. So, along with the meadow pipit and dunnock, the reed warbler is one of the most popular targets for the squatter cuckoo. 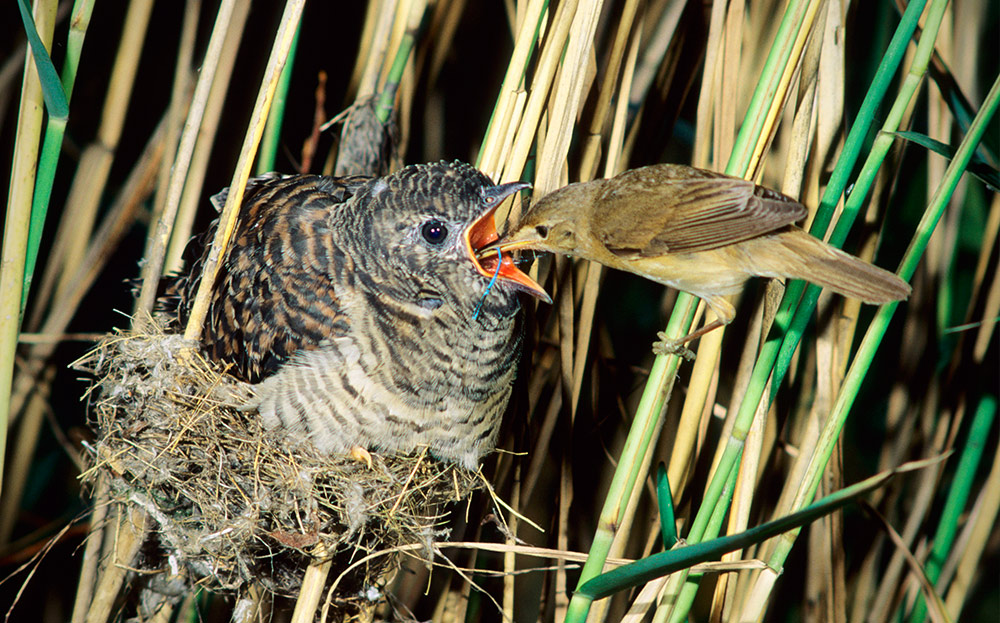 A reed warbler feeding a cuckoo

Still, provided the baby reed warbler can get past infancy, its chances of a long life are remarkable for such a small bird. Research has shown that many live to the ripe old age of 11.

Bored yet? Perhaps you’re expecting some fantastically clever linguistic two-step whereby I ingeniously link the reed warbler’s nesting habits to some hitherto unseen part of the Vectra’s make-up. But I’m afraid not.

You might expect the reed warbler to sound like the prettier sedge warbler, and it does in some ways. Both, for instance, include mimicry in their repertoire. But whereas the sedge warbler will team up with its mates to create a huge, disjointed chorus, the reed warbler is softer and somehow more relaxed, more in keeping with its life on the river bank.

Think of the sedge warbler as Stravinsky and the reed warbler as Gershwin and you’ll be about there. But don’t muddle them up with the dartford warbler, which sounds like Black Sabbath.

If you’ve got this far, you’re probably desperate, wondering when I’ll get back to the point. Well, good. Bottle that feeling and you’ll get some idea of what life is like inside Vauxhall’s new saloon.

There’s a sense that you’re wasting time, that you could be in a Ford Mondeo or a Renault Laguna, or reading about AA Gill’s views on skiing. But instead you’re here, trapped and unable to get out.

Let me tell you about the reed warbler’s eggs. It usually lays four, which are greenish white with a darker, mottled pattern.