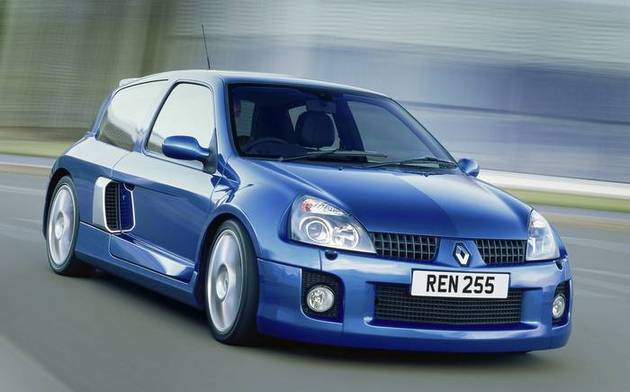 Normally you have to be careful coming home to the swamps after an evening out in London. Round every bend there’s a set of what look like off-centre Catseyes, but before you can think “Crikey” there’s a bump and, for the next 20 miles, your wipers are smearing burst muntjac off the windscreen.

Such is life in the countryside. Over the years I’ve hit all sorts — badgers, rabbits, foxes, deer — and once, memorably, I turned a sheep into a rather eye-catching bonnet ornament. Obviously, I had guilt about that, which lasted right up to the time when its back right leg came out of the Aga.

Now, however, with disease and pestilence abroad in the land, you can drive through the countryside with careless abandon, knowing that every animal you hit is one less for the marksmen to worry about.

And frankly, this couldn’t have come at a better time, because sitting outside my house right now is quite simply one of the most exciting, nerve-jangling, spine-tingling, want-one cars I’ve ever driven.

In the past I’ve said unkind things about the Renault Clio, which has a lousy driving position and a backside that looks as if it’s been lifted from a weightlifter. Size does indeed matter.

 New numberplates arrive as the old letter-based format gets to the end of the alphabet. Now, two figures denote a car’s age, starting with 51 in September.

This, though, is not a normal Clio for a number of reasons, chief of which is that it’s built by a British company, in Sweden, in the same factory as the Volvo coupé. It also differs from the standard Clio because in the back, where you would normally expect to find a boot full of shopping and a brace of smiling schoolchildren in scarves and cute shoes, there’s a bloody great V6 engine.

So what we have here is the Renault rabbit killer — a lightweight, mid-engined, head-turning supercar, which means we’re in Ferrari territory: a world where small boys grab excitedly at their tinkles as you drive by, youths screech to a halt and make like Ali G and grown men bite the backs of their hands to stop themselves crying out.

My colleagues have not been so enamoured. They say that the Clio Renaultsport is not much quicker than a standard Clio from 0 to 60 and that, at the very limit of adhesion, it does a triple salsa with back flip and that even the best drivers in the world are turned into passengers with not long to live.

Well, now look, boys. This kind of thing might matter on a track, but on a road the Clio is just the most amazing toy this side of a helicopter gunship. It’s so good that I rang Renault after I’d had the car for the statutory week and made up some cock and bull story about being stuck in London, and could I please hang on to it for a little bit longer. Like till I’m dead.

There’s a feel and a delicacy to the steering that puts me in mind of a Lotus Elise. You can run over some poor creature and know not only what it was and what it had eaten for breakfast but, if you really concentrate, whether it was carrying the fuss und mutt virus or not.

There’s what we used to call a seat-of-the-pants feel, that sixth sense that conveys what the chassis is up to through long-forgotten and much-underused nerve endings in your buttocks.

Sure, it may be a tricky little so-and-so at the limit, but, even when your hair is standing on end and your eyes are as wide as those of the badger you just hit, you know when you’re getting near the “game over” moment because you can sense it.

Most cars you can buy these days iron out this feeling, and I can’t say what a pleasure it was to have it back again.

Obviously, the ride is not what you’d call compliant, but then it isn’t a bone-shaker either. And much the same goes for the noise. Because you share the cabin with that engine, it’s not what you’d call quiet, but at anything up to 100, conversation is easily possible if you shout a bit. Well, quite a lot, actually.

I have to be honest at this point, though. It’s fantastically impractical. There are only two seats, the boot is laughably small, the dashboard is wilfully ghastly and it has a turning circle that makes even the most adroit parallel parker look like Mark Thatcher. 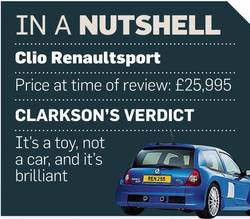 I tried to do a three-point turn in a London street and, after 68 points, people started to come out of their houses. After 128, several had died laughing.

But then the whole point of this car is that there is no point. As a tool for moving you around, it’s quite hopeless, but as a plaything, a Buzz Lightyear, it makes even the Honda S2000 and the Audi TT look about as much fun as a washing-up bowl and a floor mop.

And even though it comes with a pointless CD player and air-conditioning, it’s only £26,000. At that price, you simply can’t do better.