Home > Car Reviews
By James Mills
Share Article
A basically sound car that feels a bit long in the tooth compared with rivals.
Pros
That versatile interior is still as good as ever
Less expensive than premium rivals
Refined driving experience
Cons
The diesel engine was never the XC90’s strongest suit
Not as sharp to drive as rivals
Newer version launched summer 2014
Cars > Volvo > XC90 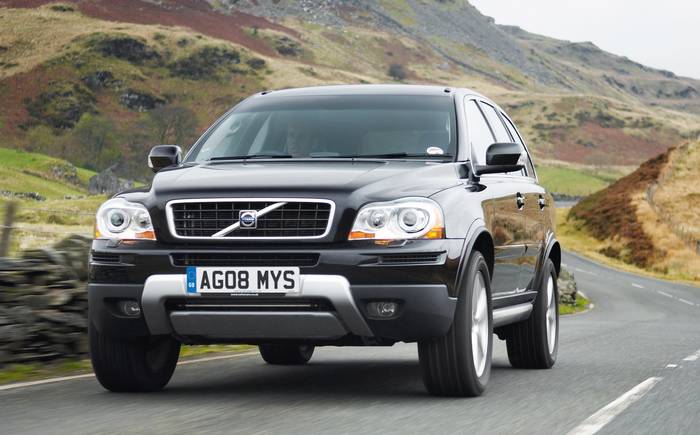 When Volvo launched its Land Rover-rivalling XC90 in 2002, the only criticism levelled at it was that it hadn’t happened sooner. With its rugged exterior, all-wheel drive, Volvo’s reputation for safety and a versatile interior (seven seats, anyone?), the XC90 became the vehicle of choice for a generation of both rural and urban school-run yummy mummies.

However, that was then and now time has caught up with Volvo’s big off-roader. It’s got more rivals than ever before, and the vast majority of that opposition is newer and better. Better, that is, at saving fuel and better at that illusive compromise of a lofty stance but car-like driving experience.

Volvo has, of course, taken note and a new version of the XC90 is available from summer 2014. Despite the above points, the qualities that made the original XC90 such a hit initially remain — and the fact it’s cheaper than many rivals makes it worthy of consideration.

Initially the XC90 was sold with a plethora of petrol engines but as everyone bought the diesel these were gradually phased out until just the D5 remained. Although it’s powerful enough — just about — it can be pretty noisy when it’s working hard. It’s not as efficient as rivals either, courtesy of its age, and is therefore more expensive to run.

On the road, it drives like a car that’s much smaller than it is. It feels refined, wind noise is well suppressed and occupants are well cushioned from our less-than-perfect road surfaces. However, from behind the wheel it doesn’t feel as sharp as the modern rivals. The steering feels lifeless and the automatic gearbox that every model comes with is lazy to react when the driver wants more power. It might not look old but drive the XC90 back-to-back with a modern rival and it certainly shows its age.


One of the elements that made the XC90 so popular in the first place was the MPV-like versatility of its cabin. The rear seats fold into the boot floor, leaving a massive luggage space and the middle row slides and folds individually. At the time, this made rivals such as the BMW X5 look a bit old hat. Obviously the Volvo still has that versatility even if it isn’t unique these days. No one taller than a child would want to spend much time in the third row of chairs but the first two rows have plenty of room and are all the better for having Volvo’s famously comfortable seats.

The dashboard is laid out logically and even the standard model is very well specified with dual-zone air conditioning, rear parking sensors, USB and aux inputs and electric windows all round. Spending more on SE trim gets sat nav and Bluetooth.

What to look out for when buying a used Volvo XC90

There are several potential issues, most notably an issue with the injectors on the earlier D5 engine. If there are cold starting problems, new injectors are probably needed — and that’s expensive. Meanwhile, some interior trim wears badly, such as some of the leather trim and the carpets, while the exterior brightwork can also give problems; some chemicals used in car washes can lead to the bright finish going cloudy. Also check all the electrics, especially if buying an early car; such issues are becoming increasingly commonplace, although sometimes it’s just a question of securely attaching the battery connections.

Volvo may have a reputation for durability, but there have been a worrying 16 recalls for the XC90 so far. Some of them affect just a handful of cars, but potential issues include steering and braking glitches, electrical failures, fuel leaks and problems with the engine stalling.