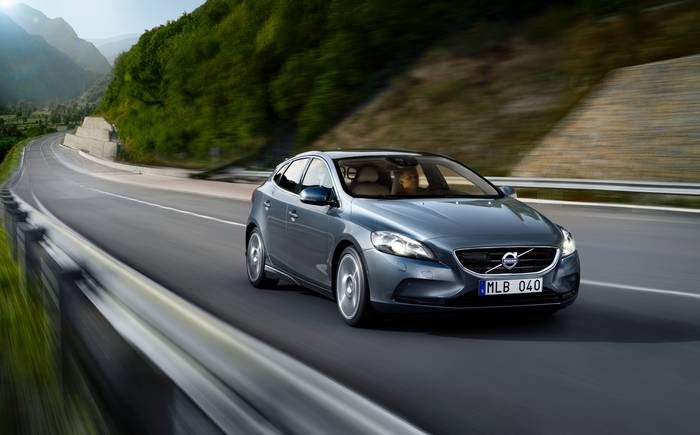 Confused by all those Volvo S, V, C and XC tags? Well, V is for “versatile”, which used to signify estate car, while S was used for the corresponding saloon. It worked, because Volvo didn’t make any normal five-door hatchbacks (the last one was the 440 of eons ago). But it does now.

Search for and buy a used Volvo V40 on driving.co.uk

The new V40 is a hatchback aimed straight at the Golf, the Audi A3, the BMW 1-series and the Ford Focus, with which it shares much under its interestingly curvy yet distinctly Volvo skin. It replaces the S40 saloon and V50 estate and, in time, probably the C30 coupé too, arguably doing the job of all to a degree. It’s the first Volvo to be launched since the Chinese car maker Geely bought the Swedish company from Ford.

The V40’s thick shoulders contain a scooped-out section below the rear side windows, which is meant to evoke a similar motif on the old P1800 coupé, Roger Moore’s stylish wheels when he was Simon Templar in The Saint, while zig-zagging tail-lights flank a deep rear window similar to that of the 1800 ES, the estate version of Templar’s car, whose spiritual successor was the daring 480 coupé/hatchback of the 1980s. 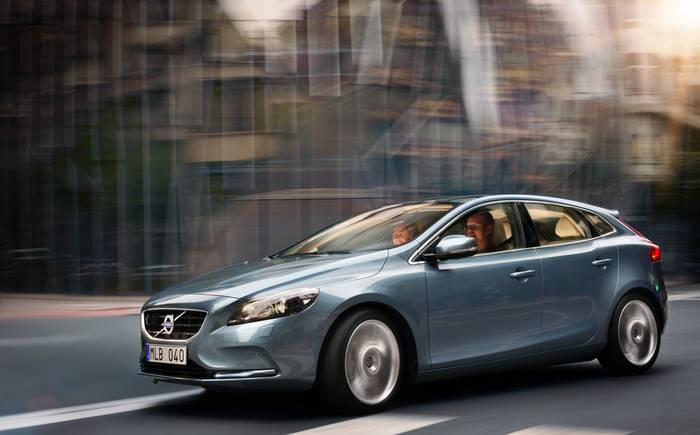 With the right engine and transmission the V40 is a great drive. Volvo’s own stamp on the car’s development means the V40 feels different from a Focus. The Volvo rides a little more smoothly, even with the optional sport suspension, and the steering feels less obviously electrically powered. It’s crisper and more natural; for ride and handling, the V40 is as good as the best in its class.

The right engine is not the big turbodiesel, though, if combined with the Geartronic automatic transmission, an old-fashioned torque-converter-type gearbox. It certainly makes for a rapid V40, but with too sudden a throttle response that makes smooth driving almost impossible. The high-economy D2, by contrast, is sweetness itself, though not particularly lively, and with its official 94g/km CO2 rating qualifies for zero road tax. The most enjoyable V40s, though, have turbocharged petrol engines with a great spread of pulling power and crisp response. Drive a sport-suspension T4 SE Lux and you’re unlikely to end up craving anything else. 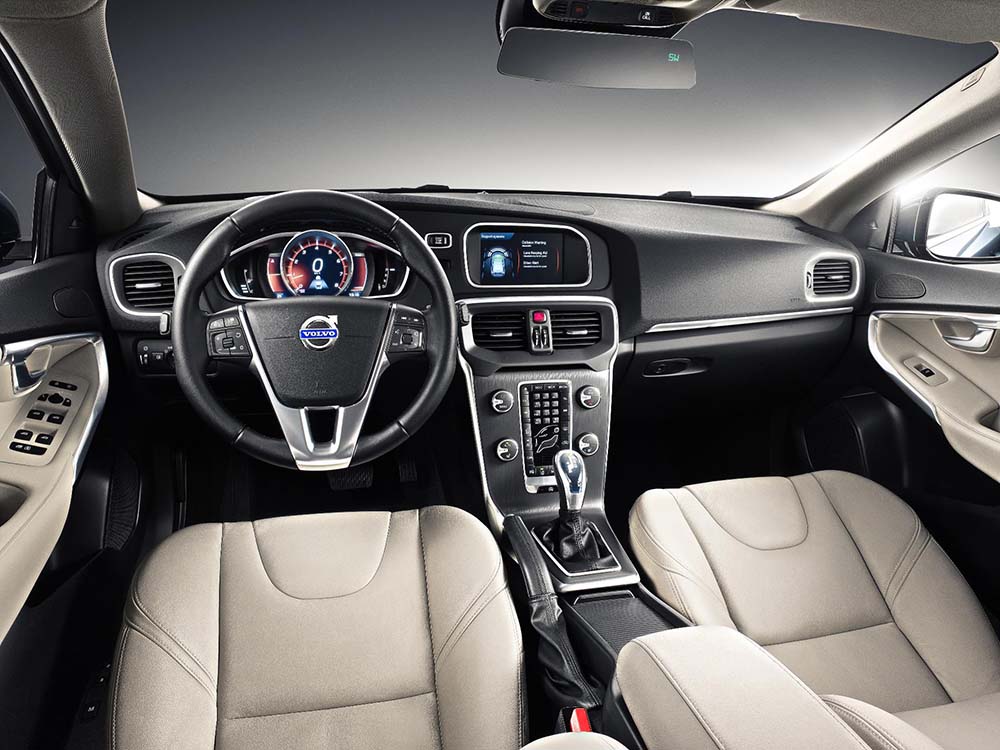 In typical Scandinavian fashion, it’s all clean, simple shapes inside the Volvo, with an almost Audi-esque level of tactile satisfaction, plus sufficient space for five adults. The instrument readings of higher-spec V40s are displayed on a flat-panel screen in one of three modes: Elegance (meaning “normal”), Eco (with economy-encouraging displays) or Performance (which converts the analogue speedometer into a red-shaded rev counter with integrated digital speedo, and adds a power meter).

Safety kit includes the world’s first pedestrian airbag, which pops up to raise the back of the bonnet and provide cushioning at the base of the windscreen, and the City Safety system, which can automatically stop the V40 at up to 31mph if it detects an obstruction ahead.