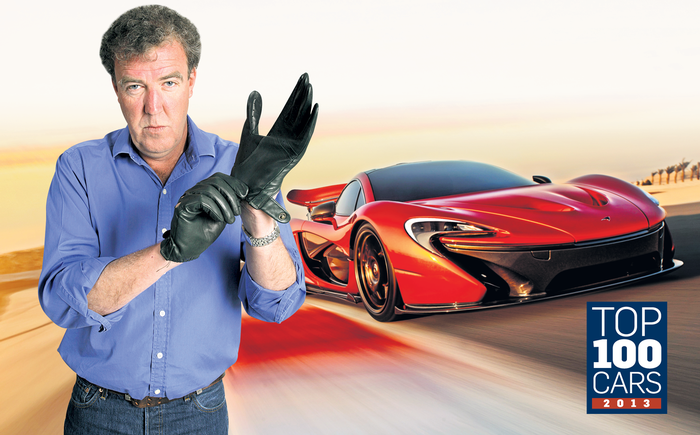 LET US BE IN no doubt about this. The Toyota Prius is a stupid car for sanctimonious people. It has two power sources and is made from rare materials that have to be shipped all over the globe before the finished product is finally delivered with the morning muesli and a copy of The Guardian to some malfunctioning eco-house in some trendy part of town where the coffee shops sell stuff that no one understands.

Remember how people used to sew CND badges to their parka in the 1960s? This simple act didn’t actually stop the SS-18 missiles from rolling down the Soviet production lines but it did tell everyone that you were interested in nuclear disarmament. Well, that’s what the Prius is: a badge. A full metal jacket that tells other people you are interested in sandals as well. It’s a knowing wink, a friendly nod. And I hate it.

However, it will be viewed by historians as one of the most important cars to have seen the light of day. A genuine game-changer. Because versions of its hybrid drive system will eventually be fitted to every single car on the market.

McLaren is already there. Its new 903bhp P1 uses a 727bhp 3.8-litre twin-turbo V8 that works in tandem with a 176bhp electric motor. This has not been done to save the polar bear, but to produce more speed. A lot more. Yes, you can turn the V8 off and use the electric motor to drive you silently around town, but mostly it’s used to fill in the performance hole while the turbos spool up, and to fire rev-generating negative torque at the petrol engine during gearchanges.

I asked a McLaren engineer if the P1 would have been even faster if it weren’t fitted with 324 very heavy laptop-style batteries and the extra complexity of the electric motor and he was most emphatic. “No”, he said. “Really, no”.

So in other words, McLaren has taken Toyota’s concept and turned it into something else entirely. You can think of this car as Viagra. Designed originally as a drug to mend a patient’s broken heart, it is now sold to keep you going harder and faster for longer and longer.

And McLaren is not alone. Ferrari is working on a car called, weirdly, the Ferrari the Ferrari, which uses much the same technology. Porsche is nearly there with a hybrid called the 918 Spyder. Already it has lapped Germany’s Nürburgring in 6 minutes and 57 seconds. That’s faster than any road car has gone before.

Mercedes is working on a hybrid S-class. They’re not statements. They’re not cars for eco-lunatics. They are cars for people who want the speed they have now. And in some cases even more. But not the petrol bills. What we’ve done then is taken a technology intended for the greens . . . and hijacked it. We’ve weaponised the muesli.

There’s more too, because we are about to see a shift in the way cars are made. For years they’ve all been built along pretty much the same lines. The body is a sort of frame onto which the engine, the suspension, the outer panels and the interior fixtures and fittings are bolted.

This is fine but as the demand for more luxury and more safety grows stronger, the penalty is weight. Twenty years ago a Vauxhall Nova weighed about 800kg. Its modern-day equivalent is more than 1,000kg. Many larger cars tip the scales at in excess of two tons. And weight blunts performance, ruins the handling and costs you at the pumps. Try playing tennis with a dead dog on your back and you’ll soon see the problem.

Happily there is a solution. It’s called the carbon-fibre tub and it’s been the basis of all Formula One cars for years. It really is just a tub, which is used instead of the frame. And because it’s made from carbon fibre it weighs less than you do. Seriously. The chassis of the car weighs less than Richard Hammond. But it is much stronger. Ferrari uses a similar thing in its road cars. So does McLaren. And now it’s starting to filter down the food chain. The Alfa Romeo 4C has a tub. Maybe one day the Ford Fiesta will too.

Preposterous? Not really. I remember when the video recorder first went on sale. The Panasonic model was £800 and was viewed by the bitter and mealy-mouthed as being another example of life being all right for some. And here we are today with DVD players being available on benefits.

For around 40 years cars have inched along, getting a little more refined and a little easier to use with each generation. They have been evolving at about the same rate as the trees in your garden. But, owing in part to the lawmakers in Brussels and the need to meet tough rules on what comes out of the tailpipe, we are about to witness a seismic shift. The meteorite has landed and if the species is to survive, it needs to change.

I look at all the cars out there now and all the cars in this supplement and I get the impression they are all dinosaurs, roaming about in the fields, chewing grass and bumping into one another, blissfully unaware that the dust cloud is coming.

Some of them have V12 engines. And they’re not going to survive the storm. Nor will V8s. And that’ll be sad. We’ll all miss the rumble. In the same way I’m sure that when the last apatosaurus keeled over, the species that were left might have shed a bit of a tear.

But look at it this way. It’s argued by some that dinosaurs actually evolved into birds. The velociraptor became the white tern. The Tyrannosaurus rex became the peregrine falcon. And cars will have to do the same thing. It’s already happening, in fact. And it’s not necessarily a bad thing. Ford has squeezed 124bhp out of the 1-litre three-cylinder engine it fits into the Fiesta. And I challenge anyone to get out after a drive in that thing without wearing a grin the size of Jupiter’s third moon. It’s a riot and yet it can do more than 60mpg.

That Alfa Romeo 4C is a pointer as well. It’s light, so it only needs a little petrol-sipping 1742cc engine to reach 160mph. But imagine if it were a hybrid. Imagine if it had a small electric motor firing gobs of instant torque at the rear wheels while the petrol engine was waking up, and adding horsepower to the mix when the road ahead opens up. It’d  be like driving a mosquito that had somehow mated with a water boatman.

I have enjoyed my time with the dinosaurs. I shall look back at the Mercedes SLS AMG and the Ferrari 458 Italia and the Aston Martin Vanquish with a teary eye. And I shall always keep a picture of the wondrous Lexus LFA in my wallet. But that chapter is closing now. We’re about to start a new one, and from the snippets I’ve seen so far, it looks rather good.