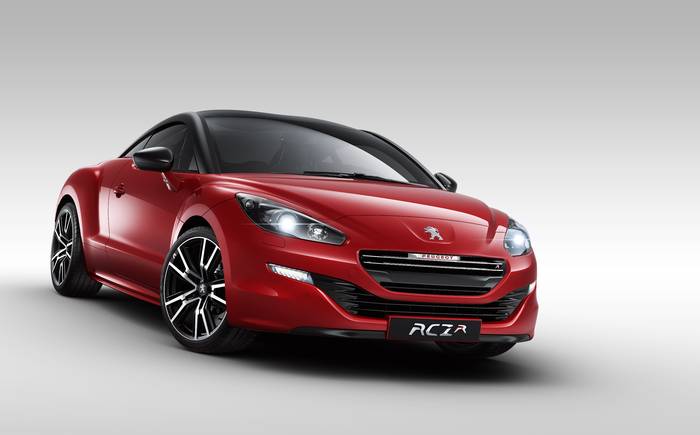 Britain’s oldest car magazine was so smitten by the Peugeot RCZ R that the editor wrote a gushing leader explaining that it heralded a return to form for the French giant.

Naturally I was sceptical. The RCZ R is billed as the most powerful road-going Peugeot yet made, which is like Sweden saying it has the most powerful air force in all Scandinavia. And it doesn’t sound right either. Because what about the road-going version of the fearsome mid-engined Peugeot 205 T16 Group B rally car from the mid-1980s?

Search for and buy a Peugot RCZ R on driving.co.uk

I did some checking. And it turned out I was wrong. The road-legal T16 had to make do with 197bhp, whereas the 1.6-litre turbocharged RCZ R churns out 267bhp. All of which is fired at the front wheels only.

To stop them falling off, or turning into ovals, a clever torque-sensing front differential is fitted, and I must say the results are rather good. It doesn’t grip with the tenacity of the new Golf GTI, but neither do you go round every corner in a judder, or with arm-flailing, shoulder-sagging, “Oh no, I’m going to die now” understeer. In fact, if you get the car really working and then ease off the throttle, you can even get the back end to slide. Britain’s oldest car magazine loves that sort of thing. And if I’m honest, so do I.

I liked the engine as well. It may be little but it’s so peppy it feels as though you’re driving a water boatman. One second you’re here, and then you’re over there, and then you glance down and, yes, that’s a Peugeot badge on the steering wheel, the modern symbol of beige incontinence, whist drives and a complete inability to grasp even the concept of a double mini roundabout.

For 10 years Peugeots have been bought by people who simply cannot drive. And now the French company has made a car that is aimed very squarely at those who can. It’s a machine for helmsmen and opposite-locksmiths. So Britain’s oldest car magazine was right to gush. It is a return to form.

Except it isn’t. Because if you peer beneath the veneer of that peppy engine and that science-fiction differential, all is not quite as good as it should be.

First, my test car was delivered with squeaky brakes. Yup. A press demonstrator was sent to be reviewed in one of the world’s most respected newspapers. And Peugeot couldn’t even get that right. So what chance do you have, Mr Normal of High Wycombe?

I’m not sure there’s a worse noise in the world than the shriek caused by tiny vibrations in the braking system. It’s up there with accidental feedback on a village show’s public-address system. Or the yell of a baby at three in the morning when you are at 30,000ft over Turkmenistan. Or Céline Dion.

If you are at a party and a man vomits on you, you will spend the rest of the evening looking for other things to dislike about him. And I’m afraid that’s how it went with the RCZ R. Because of those brakes, I went on a mission to find other stuff I didn’t like. I found quite a lot.

There were little things such as the unlined door pockets. Put anything other than a soft toy in there, or a pin cushion, and it’ll rattle. Then there was the driving position. Many adjustments can be made, but I couldn’t find one to suit me. Nor have I seen or even heard of a human being who could fit in the back.

Other stuff? Yup — ’fraid so. Before setting off in an RCZ R you need to check your shoes. If they are loafers of some kind with soft soles you will be fine. But if they are brogues or chelsea boots, you will be driven mad and then probably into a wall.

It’s a problem that has affected Peugeots for years. Put your foot on the clutch and the tip of your shoe gets wedged behind a piece of trim, so you struggle to take it off again. God knows what it would be like for people with big feet.

So you’re sitting there with your foot jammed under a piece of trim, with your house keys jangling in the door pocket and the brakes squeaking, and you think to yourself, “Yes, this car handles well and goes fast, but behind the dynamics and the pretty body it’s just a normal Peugeot 308. And not even the latest version, which, according to the TV commercial, feels like a woman’s breasts.”

I’m not kidding. The voiceover says, “How can a car’s design make driving feel more like this?”, and the very next shot is of a semi-naked woman.

There’s more. None of the buttons on the dashboard can be reached unless you have some kind of weird telescopic elbow. And the steering-column-mounted stalks that operate the cruise control and stereo are both hidden completely by the wheel. So to engage cruise mode you have to turn hard left, and then in a panic you will accidentally select Radio 1 — perhaps the only noise that is worse than the squeaky brakes, come to think of it.

At this point I thought I’d found enough to dislike about the RCZ R, but it turned out I hadn’t. Because the peppiness of that engine comes at a price. To give it an ever-ready punch, the gearing is extremely low. So at cruising speed on the motorway the engine is turning over at 3000rpm, even in sixth. Yes, when you put your foot down there is instant response, because you are in the torque zone and the turbo is already up to speed, but the drone can become quite wearisome.

There’s a similar price to pay with the handling. The R version sits a little lower than the standard car, which means it all feels tremendous in the corners, but life is a trifle bumpy at low speeds on poorly maintained urban roads. It’s not bad, by any means, yet it’s noticeable.

It’s strange, isn’t it? I wonder how this review might have turned out if the RCZ R hadn’t vomited on me. Because when all is said and done, it is lovely to drive fast and it is pretty and I gave the RCZ four stars when I reviewed it. And this comes with far more punch.

But there are faults, and it’s not particularly good value. In fact it costs £31,995, which means you can buy an equally fast Audi TT for £1,200 less. A car in which your left foot doesn’t get wedged every time you change gear. More worryingly, the Peugeot is only 7% cheaper than the BMW M235i, which is about 50% better in almost every way.

Hmmm. Britain’s oldest car magazine may have gushed in its editorial about the RCZ R, but it also decided that this was only the third-best car of its type that you could buy. I agree with that.

Could have been a contender. But isn’t

Search for and buy a Peugot RCZ R on driving.co.uk