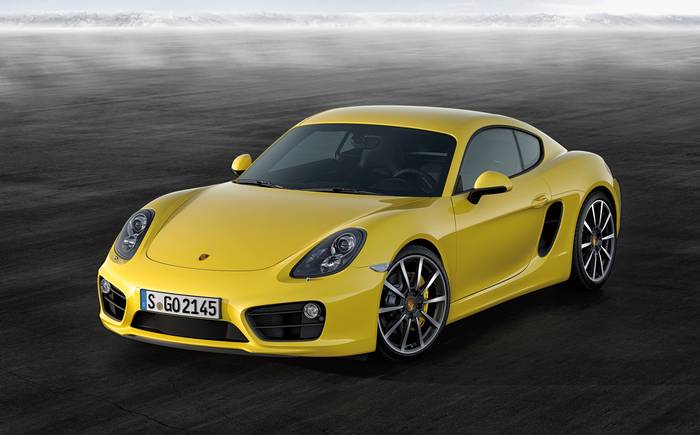 One sometimes has the sense that cars by Porsche evolve at roughly the same speed as humankind. New models follow old, offering the tiniest variations, the whole package seemingly altering at the pace of man’s jawline and visible to the common observer only through time-lapse photography. Ask biologists and they would doubtless tell you they could envisage a day when a 911, say, had a slightly different grille and headlights. But they would probably add that that day was still a few thousand years hence.

Of course this is an illusion and unfair to the German company’s rapacious interest in embracing the new (albeit in places one can’t always see it). Some of us motoring journalists flew to Portugal last week to have a go in the new Cayman and Cayman S, and present alongside the racetrack near Faro, for our immediate comparison, was a silver 1964 Porsche 904 in racing trim. It had been lifted over very carefully from the Porsche Museum in Germany.

It was mid-engined, of course — as Porsche knows God intended sports cars to be — and accordingly distinguished by intakes cut into its sides to let it slurp up the air as it flew. So this much it had in common with the Cayman. At the same time, it was virtually flat-topped, of all things, with square tin doors that seem to have predicted the lunar landing module, as well as headlamps the size of buckets. “Things do move on, and cars do change” was the message for us to take away.

Search for and buy a used Porsche Cayman on driving.co.uk

The Cayman is not just a visual and technical advance on the 904, but also on the previous Cayman and the first one, which dates from 2005. As did  the new Boxster and 911 recently, the Cayman has benefited from something in which many of us see the wisdom but that few of us have ever got round to achieving — the loss of a few kilos.

Indeed, by shedding 30kg and gaining 40% in static torsional rigidity — without any recourse to faddish and scientifically unproven diets and exercise programmes — the Cayman has truly become an inspiration to us all.

If the Boxster appeals to hedonists and the 911 is the Porsche range’s trophy car (with unfortunate but thankfully loosening associations with wad-waving City boys), the Cayman, in its own quiet, humble and substantially cheaper way, is the driver’s Porsche.

In this latest version it’s even more driverly, yet at the same time more accommodating and forgiving. It’s a tiny bit lower and a tiny bit wider, and the wheelbase is a tiny bit longer, and all these things combine to sharpen further already sharp-witted handling. 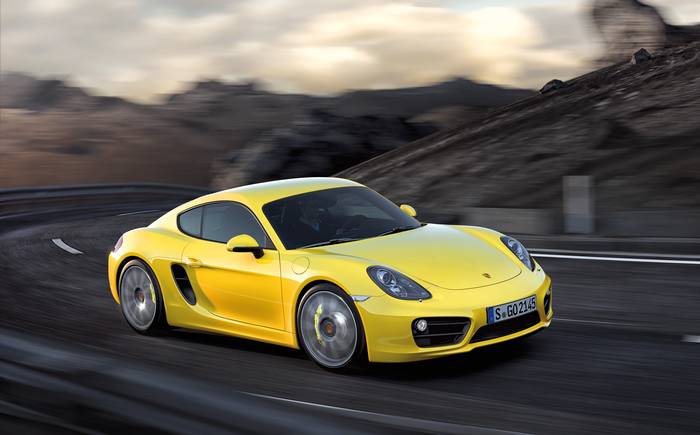 The traditional Porsche thing happens with it, in that for about five minutes after you’ve climbed into the leather-clad cockpit you feel as uncomfortable as hell. Then you drive it for a while, and when you eventually climb out of it, it’s the rest of the world that feels uncomfortable instead.

In terms of cosmetic changes, the air intakes are more deeply sculpted, and there’s an extra LED brake-light strip below the back window, which in combination with the bulging red teardrops draped around the car’s rear haunches lights the Porsche up like a tilted pinball machine.

Also, the Cayman now comes with an electronic parking brake — a push-pull plastic tab with the usual time lag and attendant uncertainty (is it push for on, or push for off?). Ordinarily, one would be more inclined to bite off one’s own fingers than welcome this device. The rise of the electronic parking brake is one of those motoring developments this column would firmly declare itself to be against — to the point where it would be prepared to lead marches through city centres … if it thought they would do any good.

In the case of a Porsche, though, sentimental outrage is harder to muster. Porsche handbrakes have generally been the tough old retro item, which,  if yanked misguidedly, could send a jiggering pain the length of your arm and across your collar bone, as if you’d just clouted a bowling ball with a stick. So, reluctant though one is to say it,  better the plastic tab. 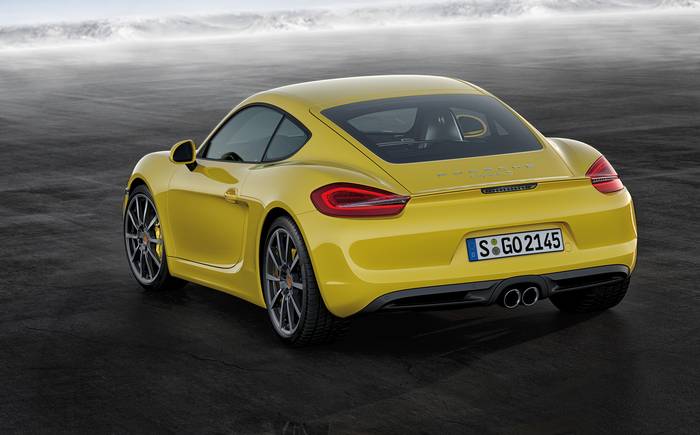 Note also that the purist’s joy of wrenching a gearstick around when driving a Porsche appears to be on the wane and could soon be an experience available only on heritage occasions — a bit like morris dancing. But that’s Porsche’s own fault for all but driving the practice out of fashion with the excellence of its PDK automatic gearbox (Porsche Doppelkupplungsgetriebe, to give its superb full label). About 90% of 911 buyers go for the PDK with paddles on the steering wheel to allow some manual intervention, and small wonder. Cars fitted with PDK not only offer fantasies of Formula One-style dexterity, but also go faster and are more economical. It’s easy to imagine that Cayman owners will choose it in the same proportions.

Also, if you tap up Sport Plus mode on the dash, the 3.4-litre flat-six engine of its own accord lets out a spirit-lifting blip upon downshifting, which makes you sound like a proper driver.

There are other new, posh add-ons, such as keyless entry and a plush 12-speaker Burmester sound system that a Porsche representative said made the Cayman “the fastest concert hall on the road”. We will duly record this as the first known instance of someone from the company cracking a joke. The hi-fi sounds great, but for the auto-blip feature alone  I’d have one before you could say “Doppelkupplungsgetriebe”.

One giant leap for mankind

Nissan 370Z with GT Pack £33,275
For This macho sports coupé will put hairs on your chest and is much cheaper Against It’s a bit rough round the edges
Search for and buy a Nissan 370Z on driving.co.uk

Audi TT RS quattro £46,140
For Fantastic five-cylinder engine and four-wheel-drive traction Against Handling not as exciting as that of Cayman S
Search for and buy a Audi TT RS Quattro  on driving.co.uk