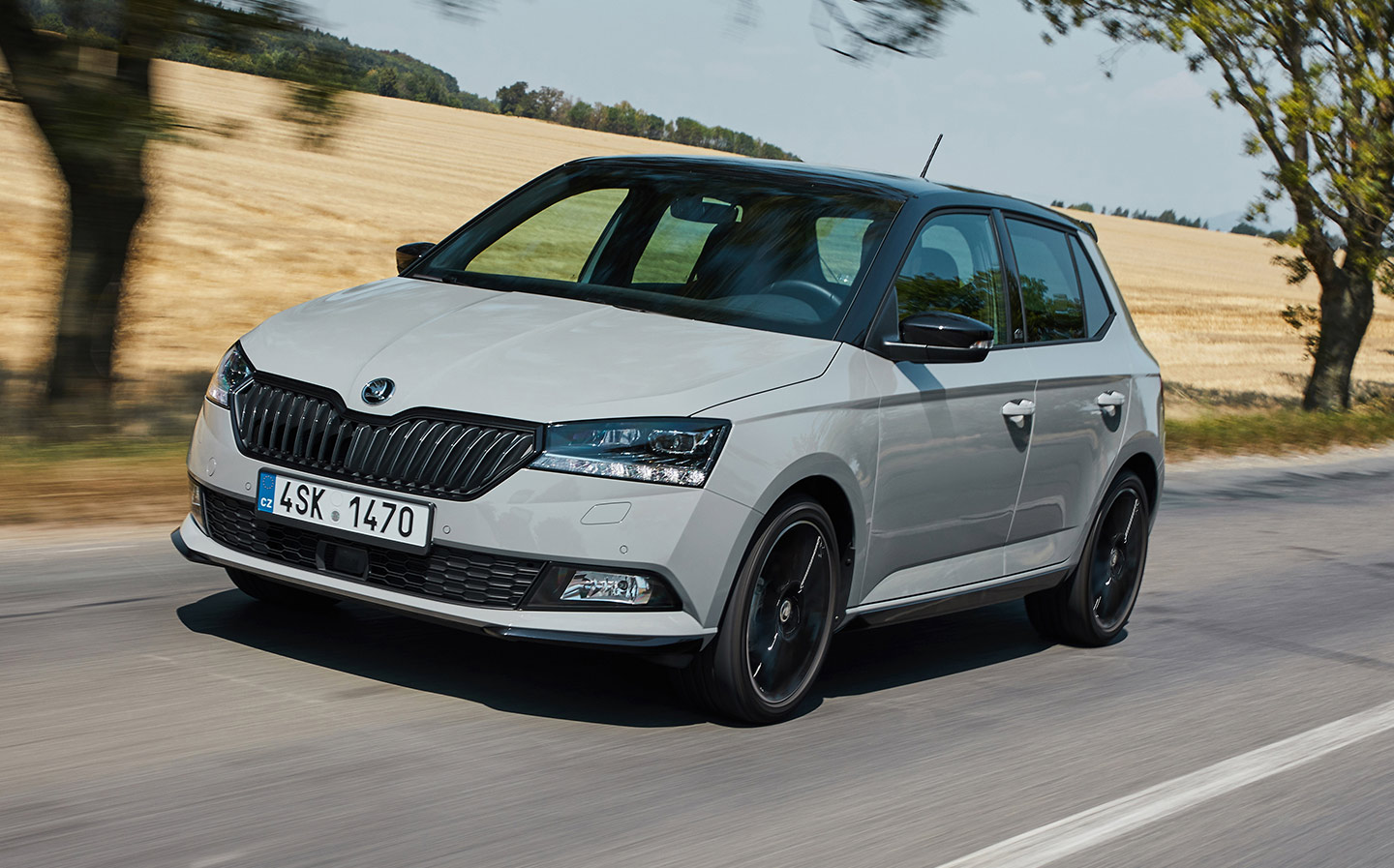 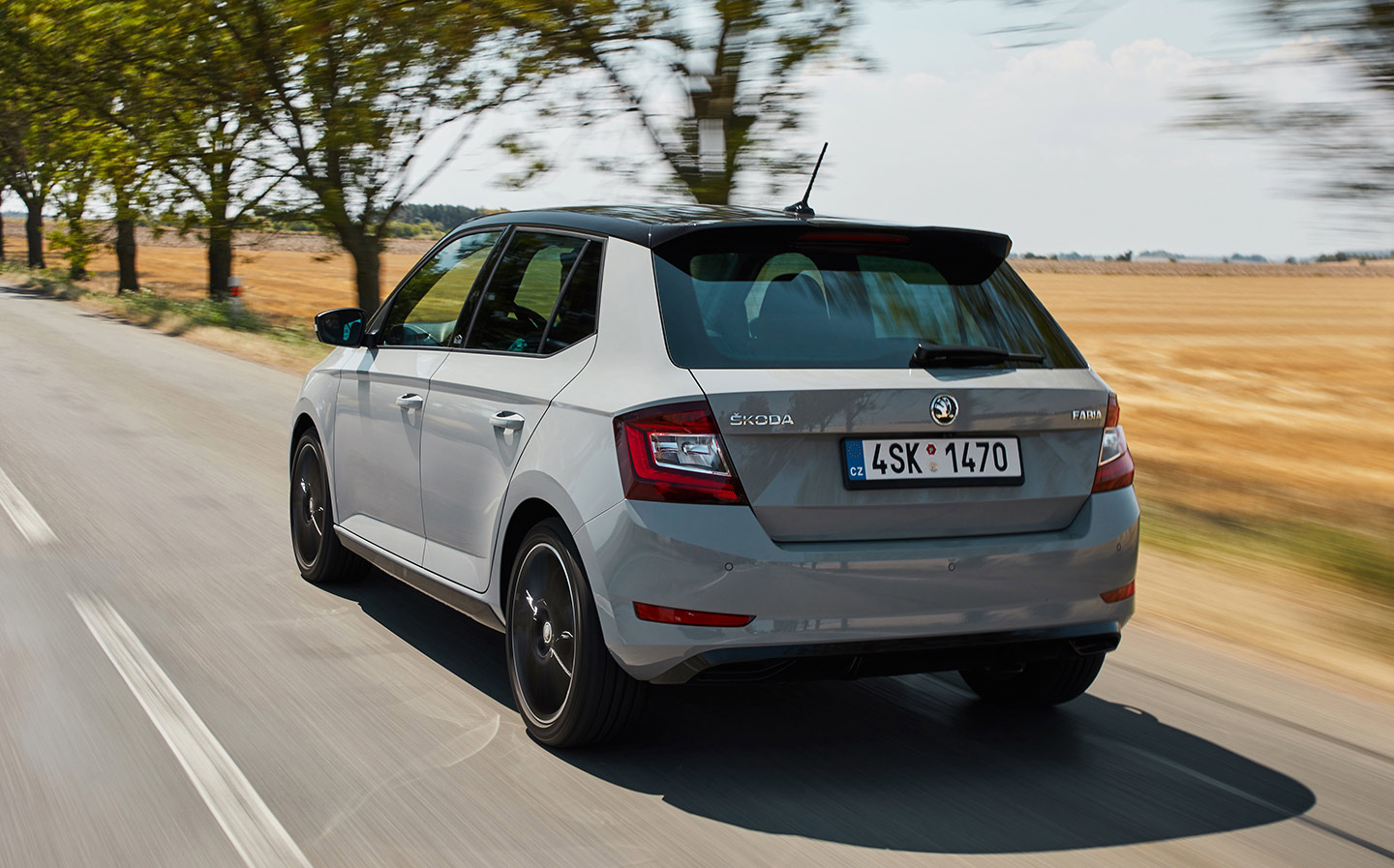 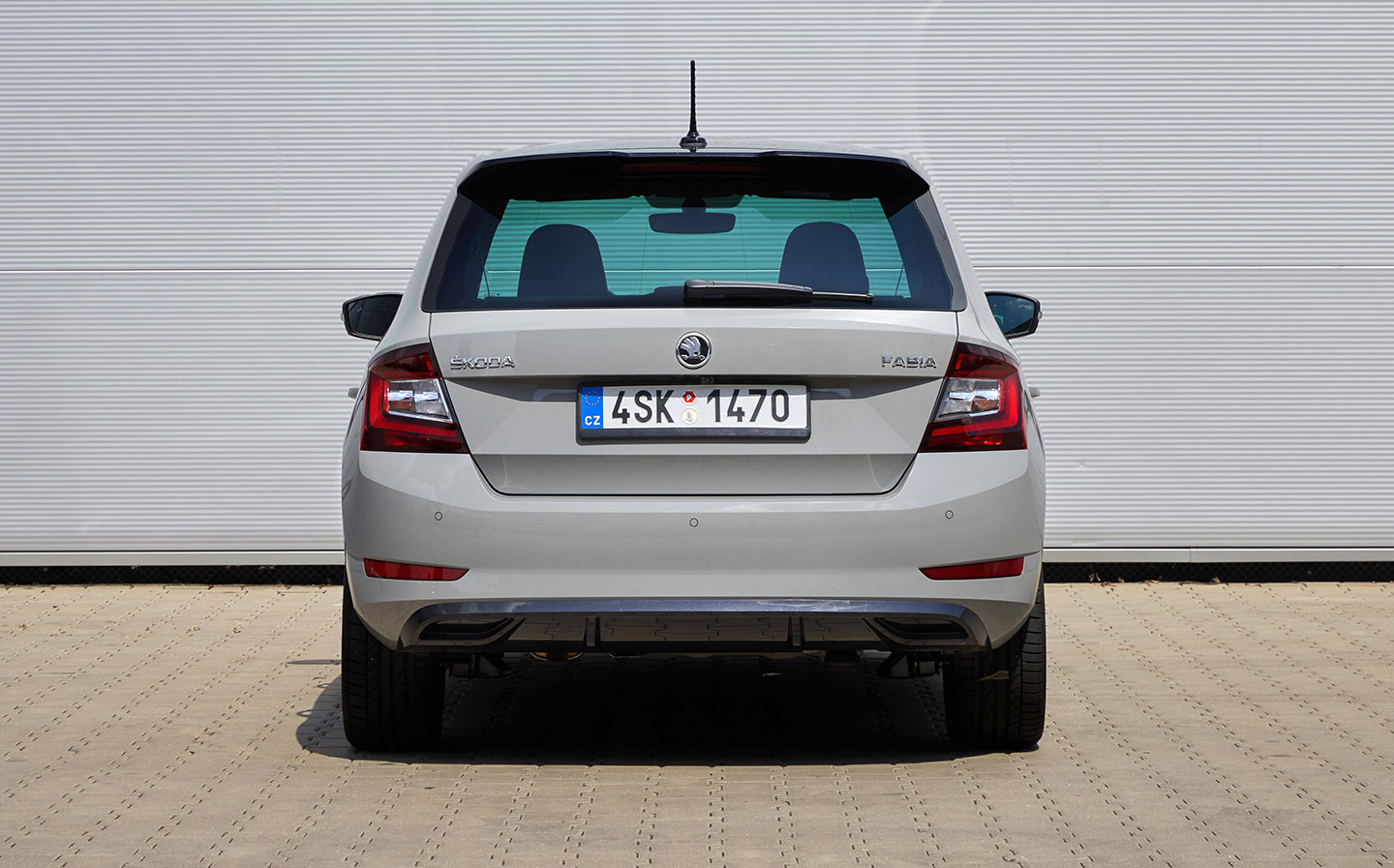 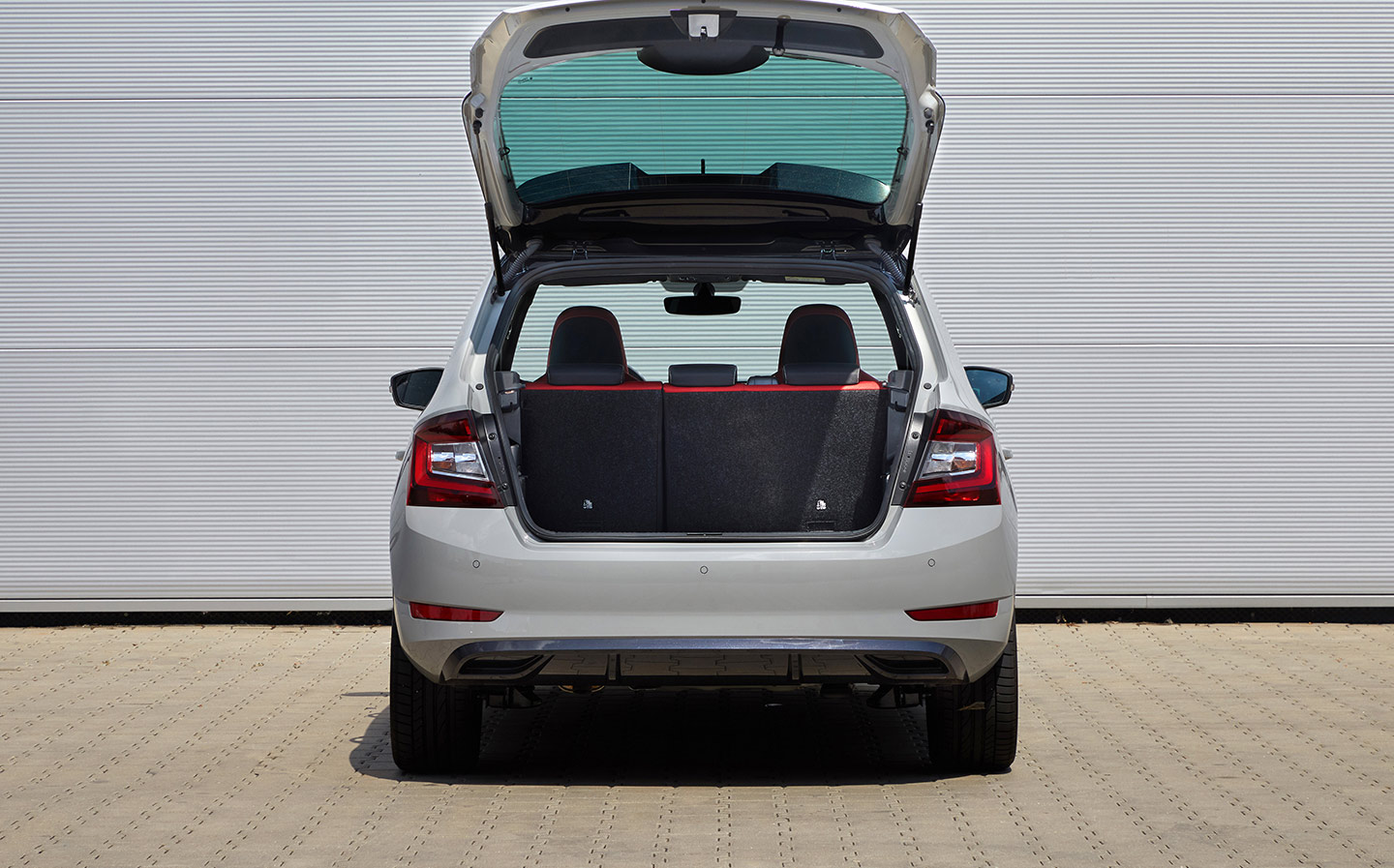 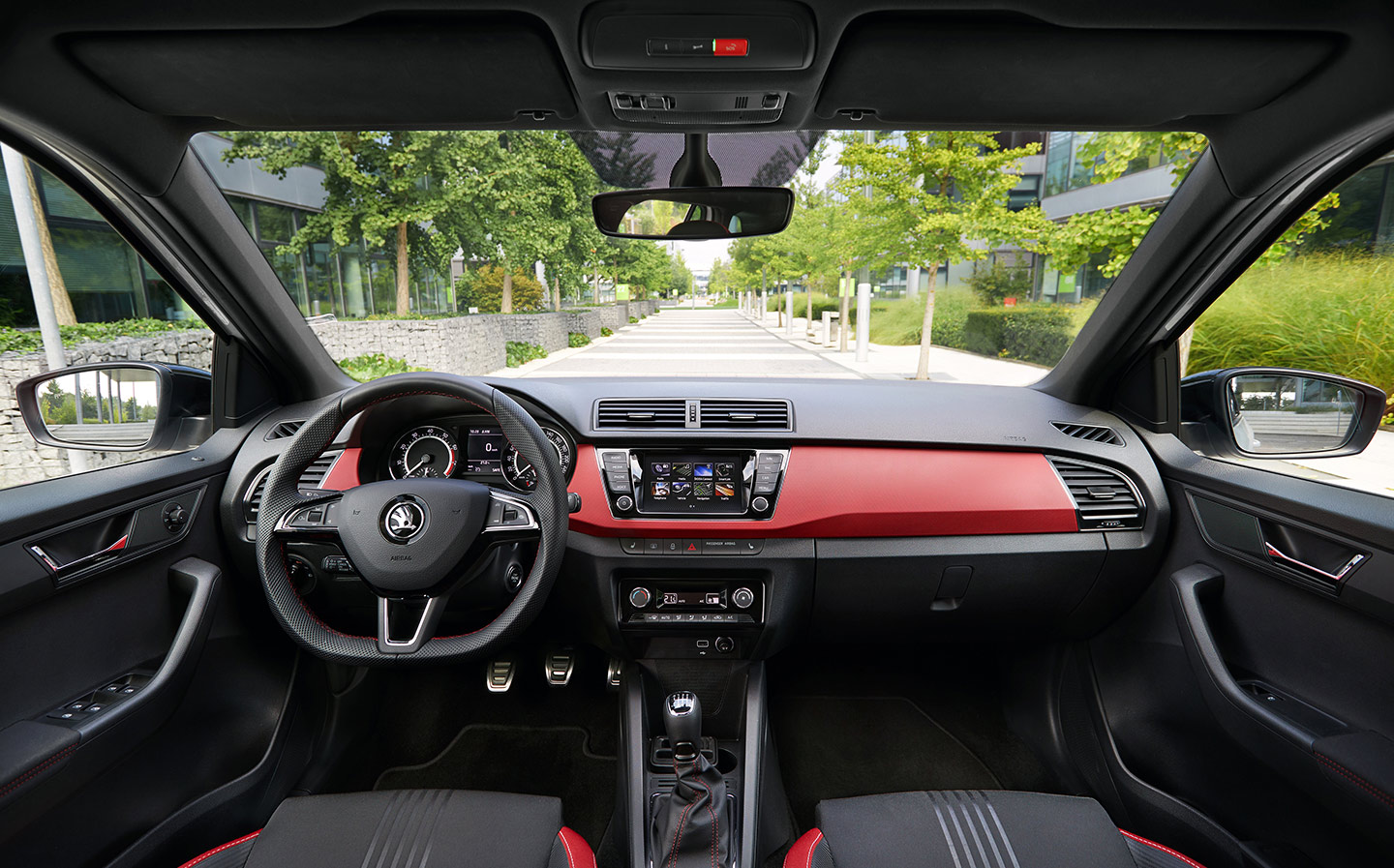 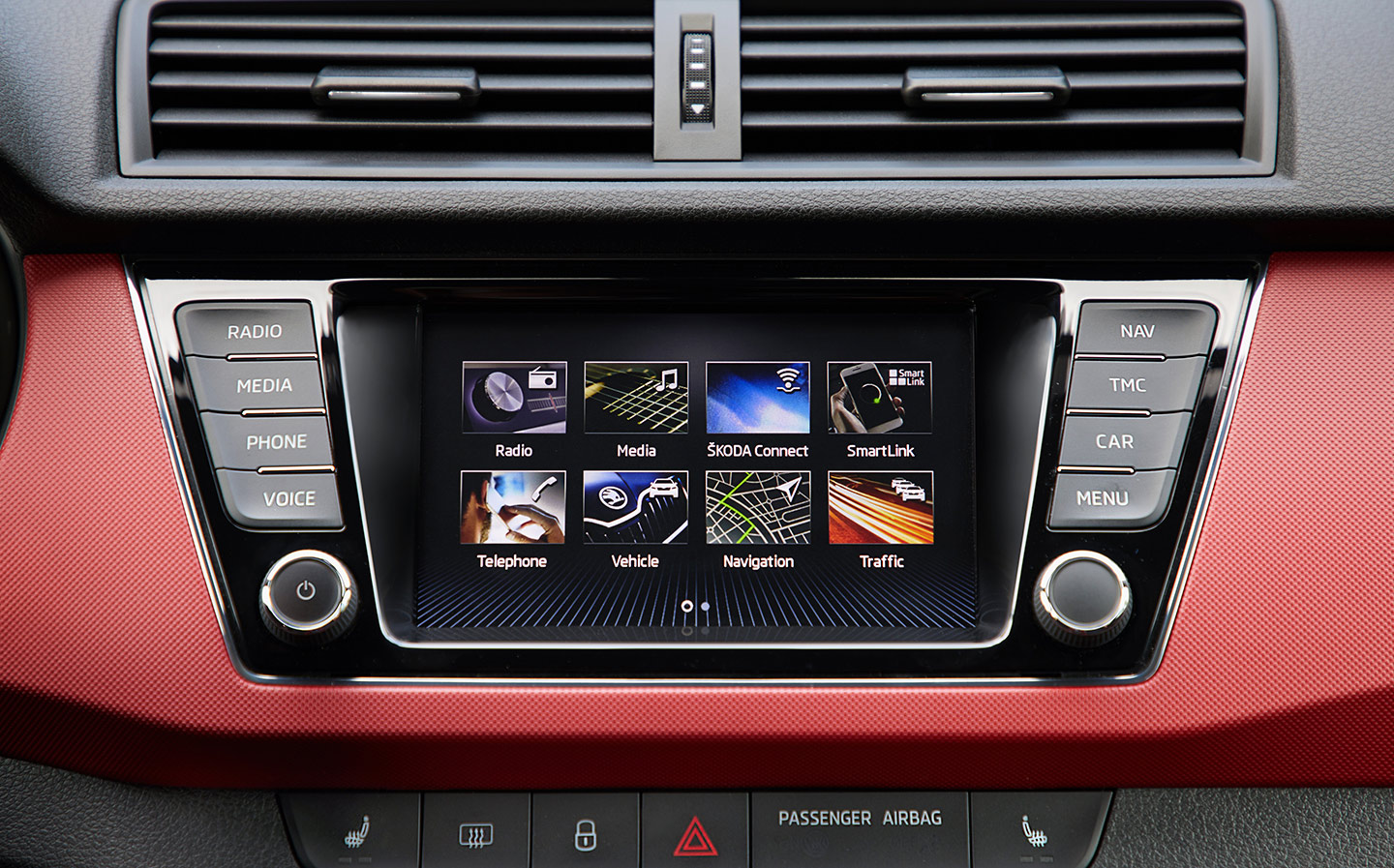 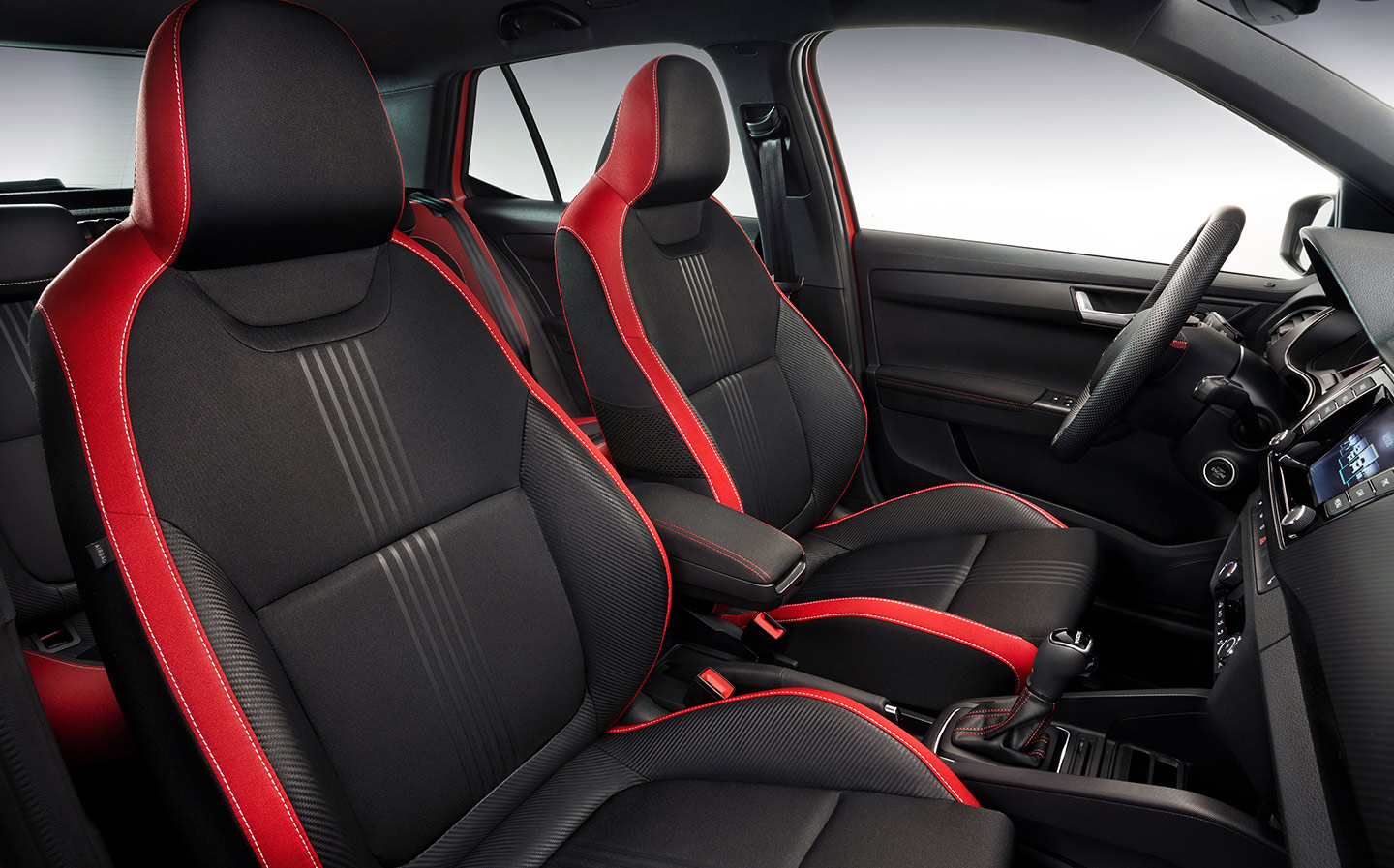 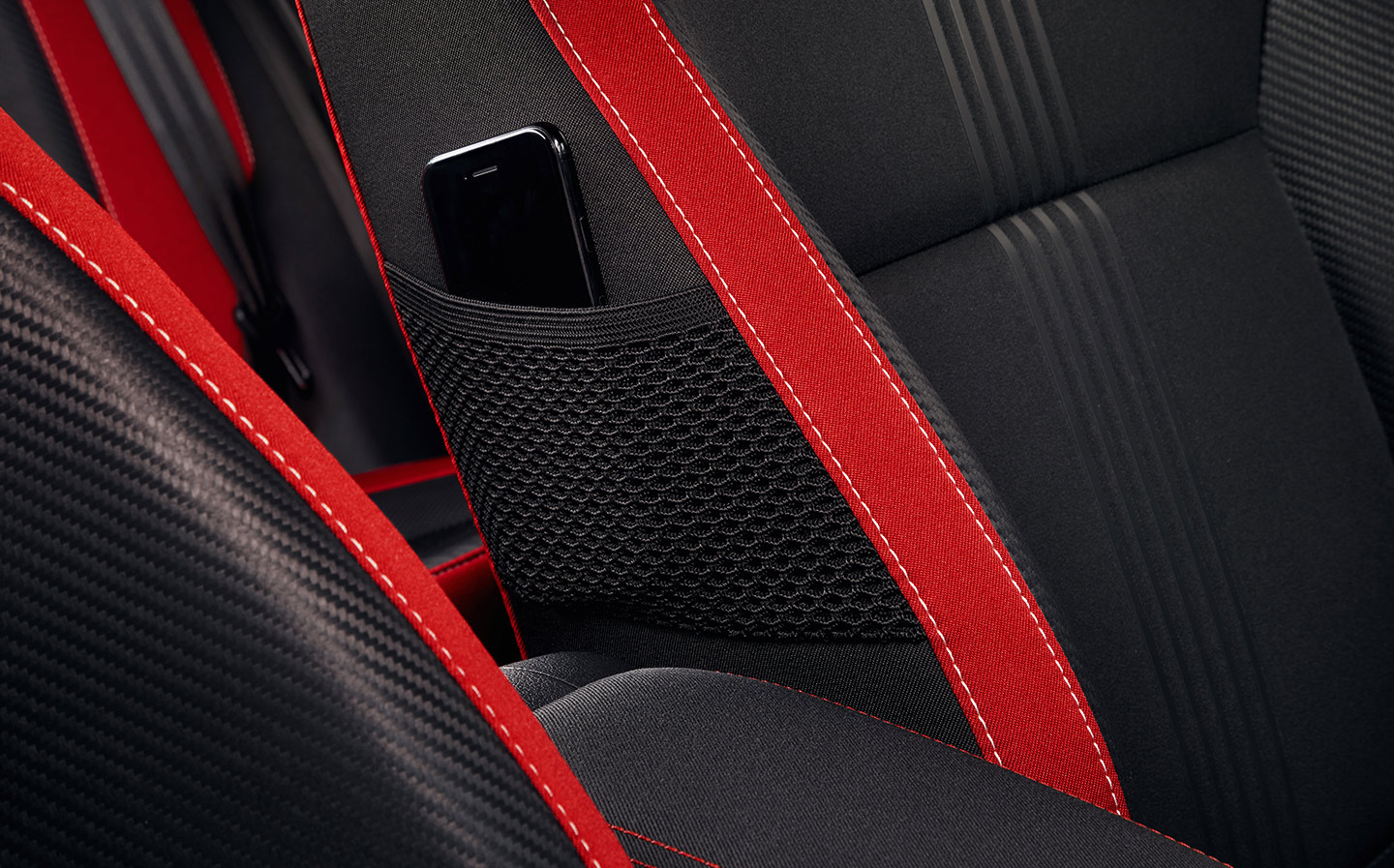 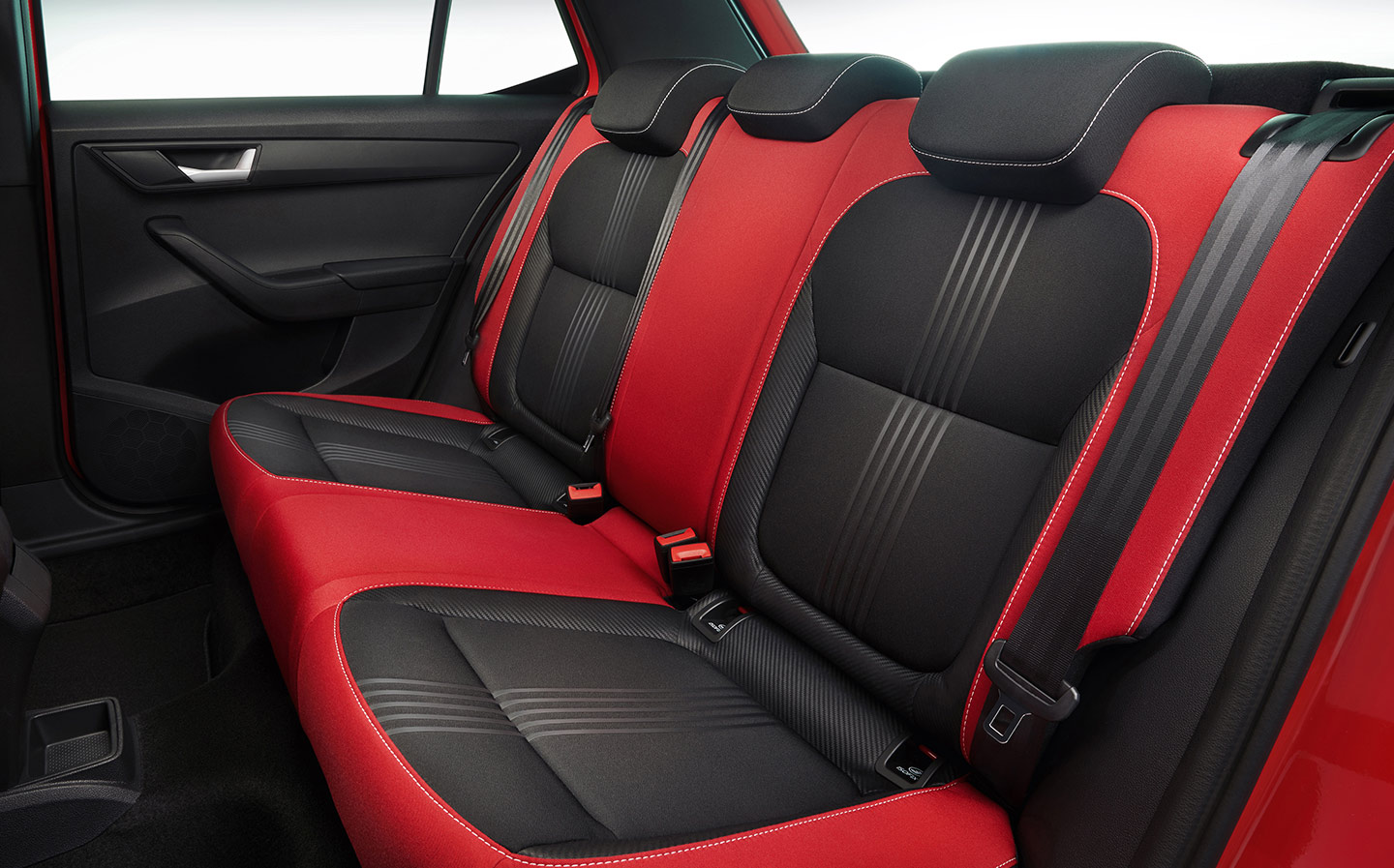 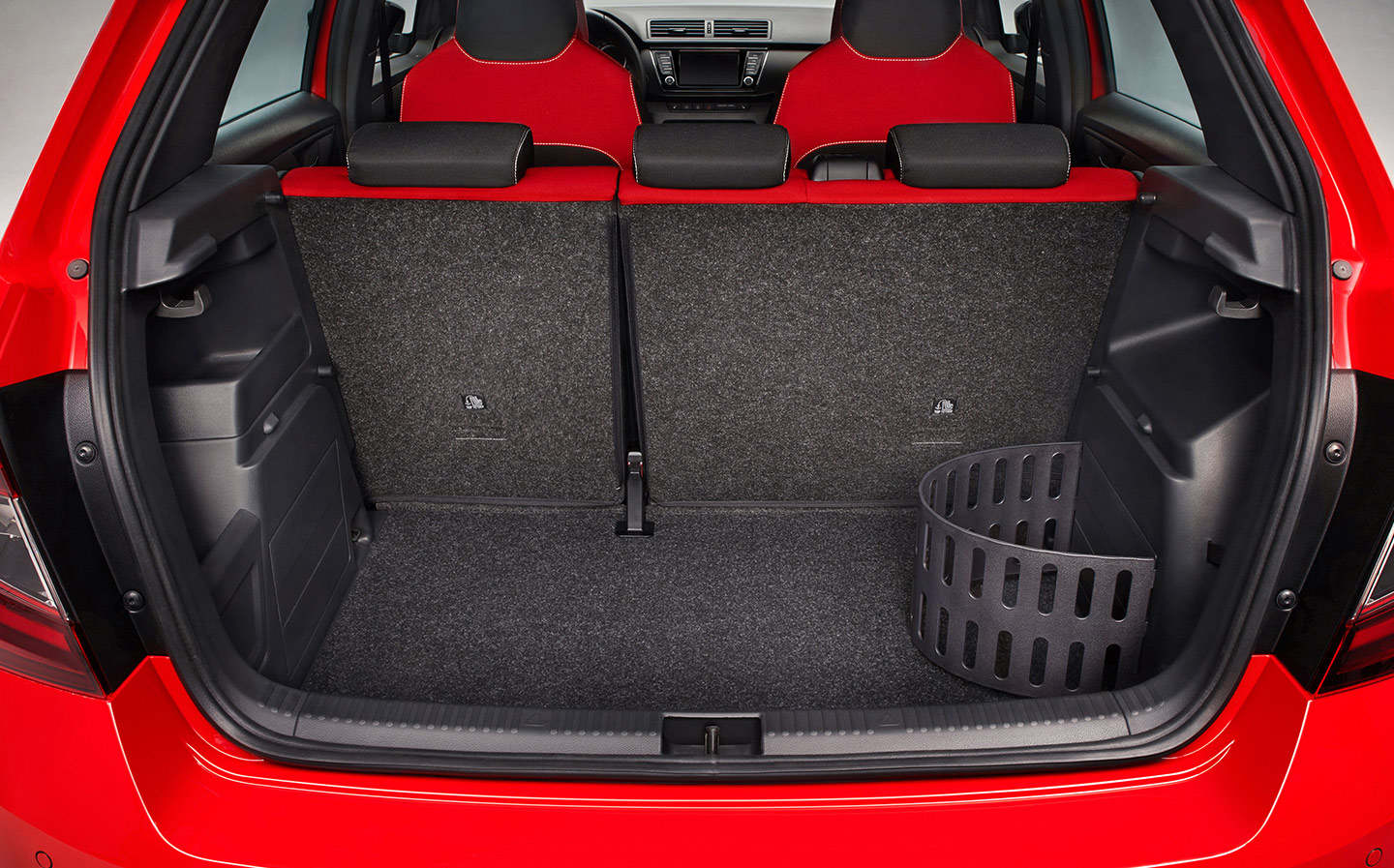 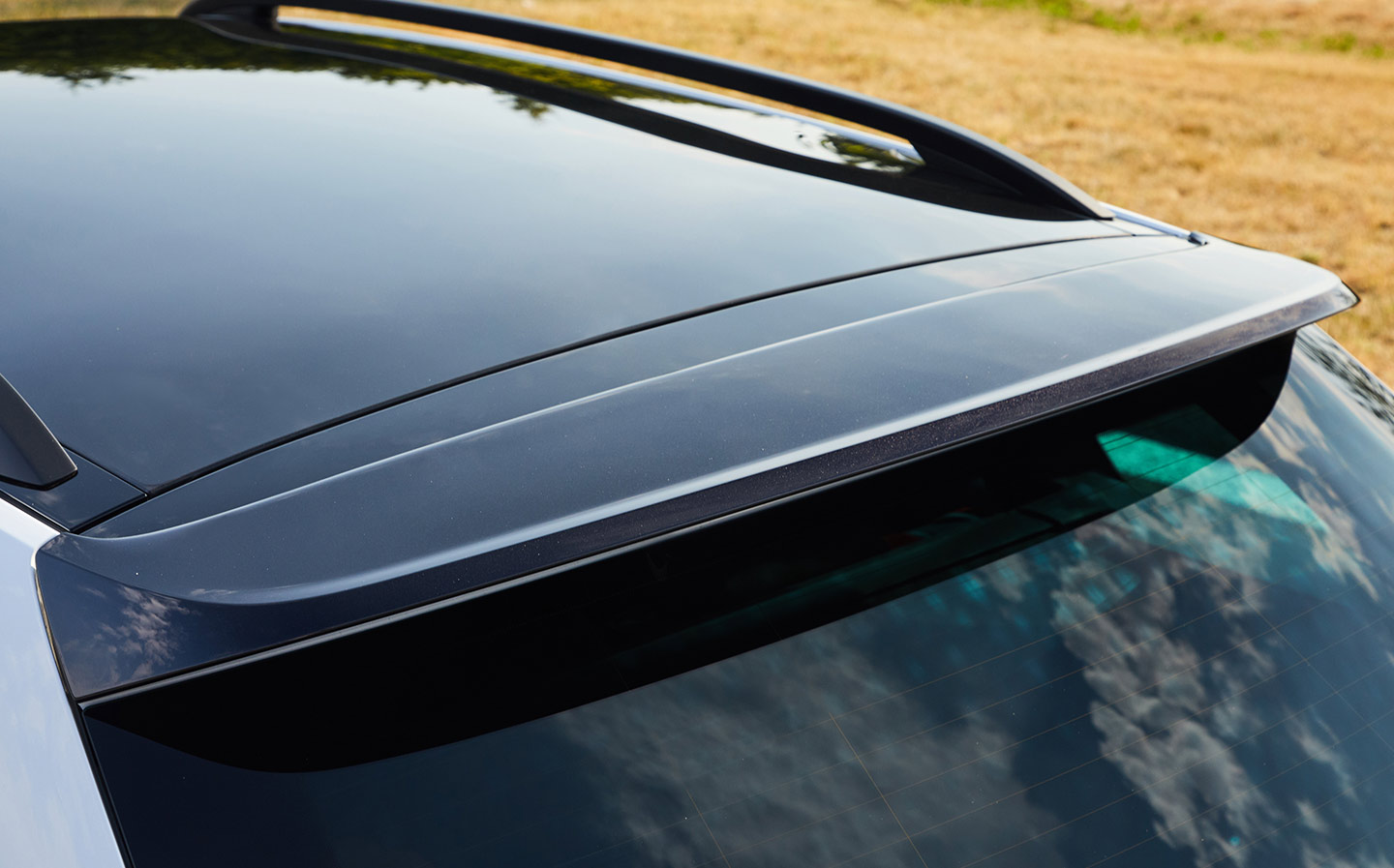 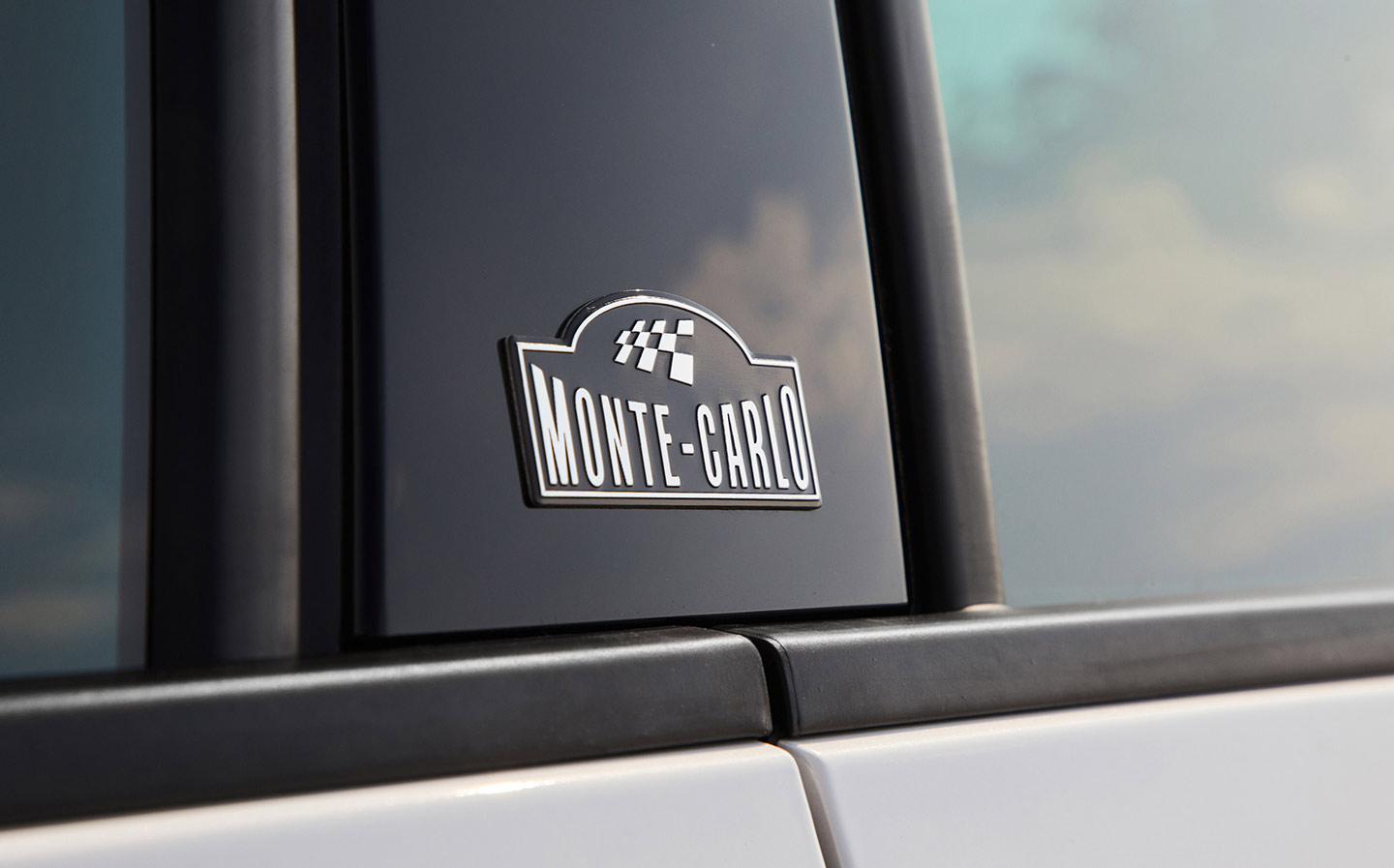 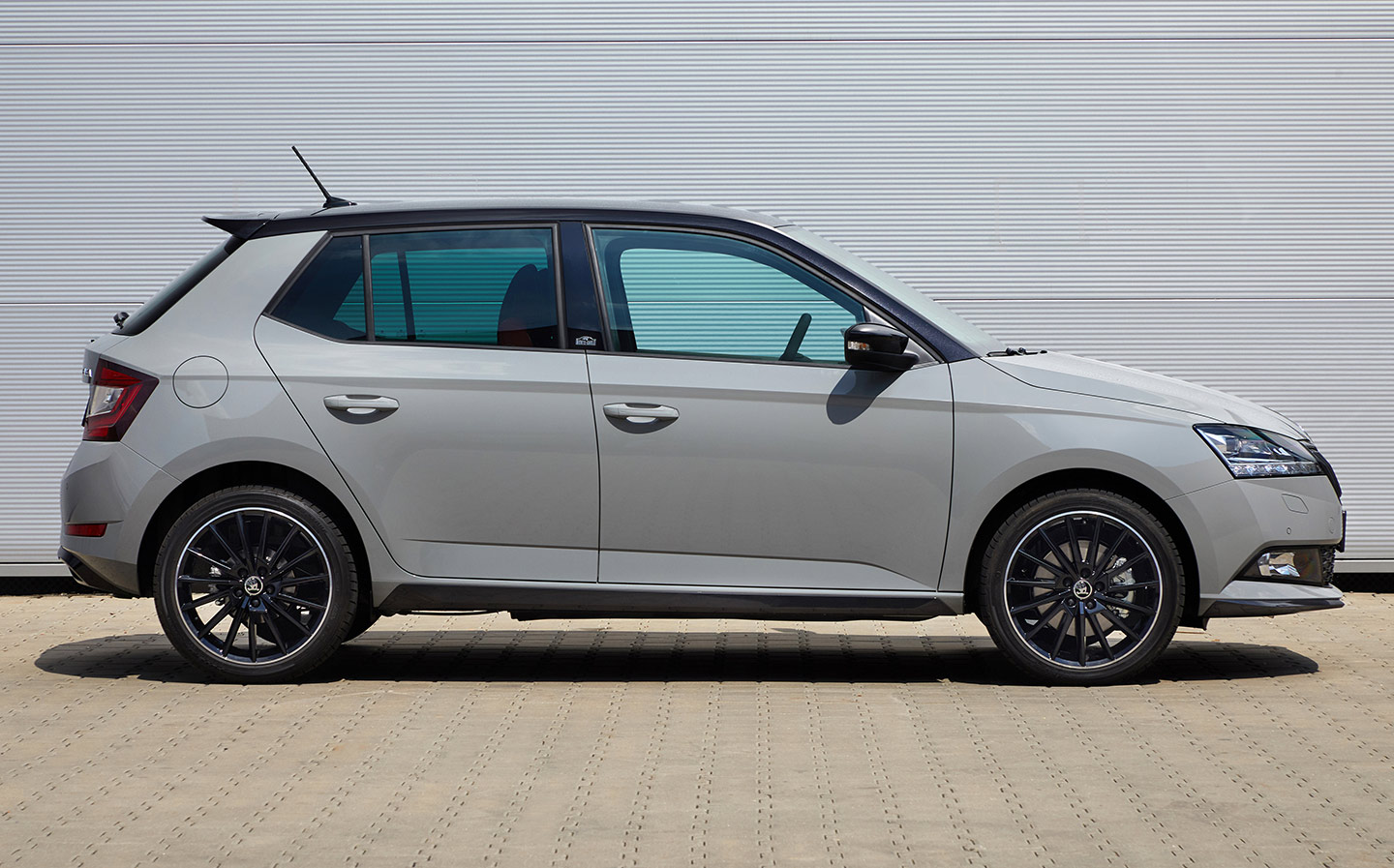 SKODA HAS delivered more than four million Fabias to customers worldwide since the little Ford Fiesta rival hit our roads in 1999, and us Brits can’t seem to get enough; we’ve bought 335,000 of the things over the last 19 years, making us its third biggest market.

Of course, by the time the current (third) generation model launched in 2014, Skoda had already gone a long way to banishing its brand image from the pre-VW ownership era, which, for the kids who’ve grown up since, wasn’t exactly cool.

These days, anyone who drives a Skoda immediately realises they’ve got a fine automobile under them – superb build quality, sharp (if not entirely soul-stirring) design, only-just-sub-VW quality interior materials and a driving experience to match the best.

That’s why signing Paloma Faith as a brand ambassador earlier this year was a stroke of genius. At a “secret” gig organised by Skoda in February, and attended by driving.co.uk, the pop star told the gathered VIPs that she disliked endorsing brands but could do this ambassador role because, “I genuinely feel like a Skoda… people used to laugh at me at school, too.” Priceless.

Paloma probably doesn’t pootle around in a supermini – her video for Make Your Own Kind of Music features the new Karoq SUV – but there’s no denying that the Fabia has grown swan-like into a great little car over the years.

The exterior even has a certain amount of kerb appeal; creases and folds lead down to its moustache-like grille (redesigned for 2018), largish alloy wheels add presence and the black plastic B-pillar doesn’t interrupt the line of the side windows. The new car gets redesigned bumpers and lights, front and rear, with LED headlights available as an option for the first time.

There are five trim levels but if specified in Monte Carlo spec, as tested here, the updated-for-2018 version of the Fabia is even more eye-catching, with its black roof and pillars, large 17” alloy wheels (18” also available), front and rear spoilers, tinted rear windows and Monte Carlo badges dotted here and there.

Inside, things continue to impress, with the 6.5” touchscreen (available on all but the most basic “Blues” infotainment package) dominating the dashboard. New for 2018 is the “Swing Plus” infotainment package that isn’t an indication of your social leanings but rather allows you to run the Apple Carplay or Android Auto infotainment systems in place of the standard Skoda set-up.

Look around the rest of the dashboard and you’ll notice a segment-leading fit and finish to the trim, with a mix of hard plastics and textures, plus leather here and there, depending on spec. The Monte Carlo edition has particularly fetching two-tone red and black seats, with contrast stitching and faux carbon fibre effect material on the side bolsters. Mmmm, sporty.

Our test car came with plenty of tech, including DAB radio, single zone climate control, electric front and rear windows, electric and heated door mirrors, rear parking sensors, speed limiter, collision warning and tyre pressure monitoring. Strangely, it didn’t have dusk-sensing headlights or cruise control, though, which might not seem important on a supermini but are high on my list of wants in any size of new car.

The rear of the cabin is similarly well-appointed but of course, it’s not huge back there – I fitted two child seats to the ISOFIX points and did manage to squeeze my 6ft 5in frame into the driver’s seat in front of my three-year-old, but only just; on a long drive, no doubt I’d feel a few kicks from behind. Skoda says despite its compact dimensions, the Fabia “offers a generous amount of space for up to five people”, but generous is a subjective term, clearly. Mind you, it’s no smaller than other cars in its class.

It’s a sign of the times that getting into the Fabia feels like stepping down into a rowing boat rather than getting into a car, so low does it ride – the lion’s share of new cars today are high riding crossovers, so if you’re used to driving one of those – or even an MPV (people carrier), then you can feel a little dwarfed by other traffic while out on the road in the little Fabia.

You shouldn’t be disappointed by the performance or handling, though. Our car, with its mid-range 1.0 TSI 95PS (94bhp) three-cylinder petrol engine whirring away under the bonnet, was plenty nippy enough around town and country. Officially that engine only emits 106g/km of CO2, so road tax will come in at an entirely reasonable £145 for the first year, then £140 from year two.

As is common with downsized turbo engines, though we couldn’t get anywhere near the official fuel economy figure of 61.4mpg – expect nearer 45mpg in the real world, depending on how and where you use it.

Power is sent through a five-speed manual box for the 60, 75 and 95 PS engines, or choice of six-speed manual or seven-speed auto for the range-topping 110 PS model. The standard five-geared option is smooth enough but wasn’t the slickest we’ve used.

The steering wheel is light but not devoid of feedback, and loads up nicely as it is turned. The nose of our test car could be accurately aimed at apexes, and there was little body roll to speak of, but then our car had the optional sports suspension fitted so you’d expect nothing less.

But if you’re buying a Fabia  you will want to avoid sports suspension, even though it’s only an extra £125 when ordering the car new, as it proved much too firm for UK roads. Every road hump, dip and pothole sent a shock through the chassis. The only comfort was the thought, “Thank God Skoda hasn’t fitted the 18in wheels” – the thinner (what Clarkson calls “painted on”) tyres would have made the ride harsh enough to shatter teeth. Take a new Ford Fiesta or Fiesta ST out on the road and you’ll realise just how much better it is at combining sharp handling and body control with a comfortable ride.

What Skoda does really well, though, is those “Simply Clever” touches that make you feel like you’re getting incredible value for money: a removable torch in the boot; an ice scraper in the fuel filler cap; a ticket-holder on the windscreen; an umbrella holder under the front passenger seat; good-sized storage bins in the doors and a capacious glovebox; bag hooks in the boot; storage nets on the inside of the front seats.

And although Skoda’s aren’t a cheap as they used to be, you know the pricing will be competitive. Interestingly, at our launch presentation, Skoda only talked about prices in terms of monthly finance payments, with the entry-level model coming in at £149 per month with a standard £1,000 deposit. That’s great for a new car of this quality.

So what we have here is an excellent small car package at a very reasonable price, with a market-leading infotainment system and just enough updates to keep it looking fresh. Just don’t spoil it by ordering the sports suspension.