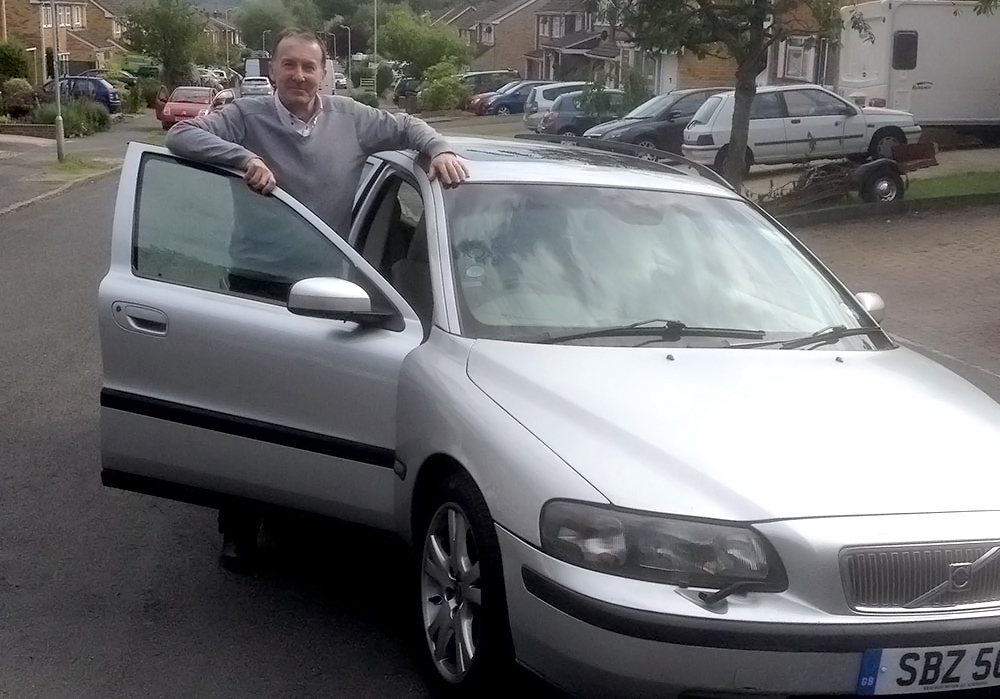 AFTER 575,000 miles, the equivalent of travelling to the moon and back, and then some, the 10-year-old Volvo V70 I’m driving can be forgiven the odd problem.

The silver paint is flaking off the nose and the bonnet has lost its shine; both the fault of a respray following an argument with a hedge. The seat leather could do with a good feed (it’s cracked and tired looking), the luggage cover looks due for retirement and the cabin trim creaks.

The handbrake flops around like a lifeless arm (the cables have snapped), the suspension top mounts are worn, an engine/gearbox mount has gone AWOL and the steering rack is barely connected to the front wheels.

But as I guide it into the traffic (the engine fired up instantly, by the way), I’m struck by how willing its 2.4-litre, five-cylinder diesel is, how comfortable the driver’s seat feels and how smoothly it rides.

As you’d expect, its owner, Simon Marshall, 49, a private hire driver, is attuned to the Volvo’s every noise, including the mild rumble from the front underside. “It’s the nearside driveshaft starting to wear,” he says. 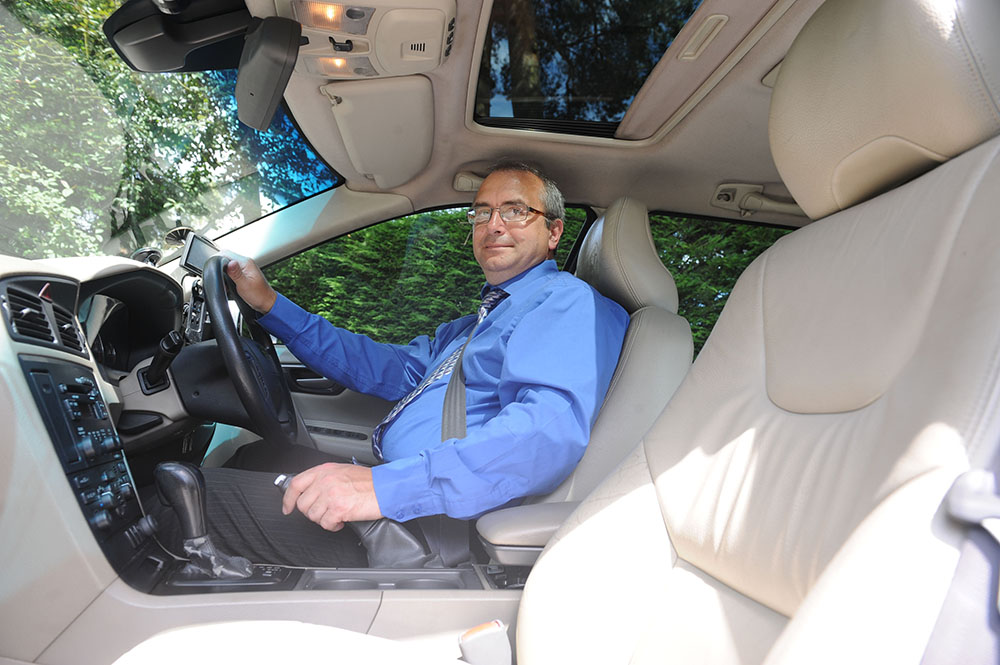 In contrast, it takes me only the briefest acquaintance to detect the thud from the car’s loose engine/gearbox mount, and experience the nail-biting delay between turning the steering wheel and the Volvo altering course.

It seems sensible to check the brakes work. They do, biting reassuringly and bringing the large estate to a stop quickly, and in a straight line.

Indeed, Marshall is proud of the whole car. He paid £5,500 for the V70 D5 SE Geartronic in 2007, when even then it had done 170,000 miles. It had full service history (it is now on its third service book, having never missed a service since) and Marshall was its fourth owner. 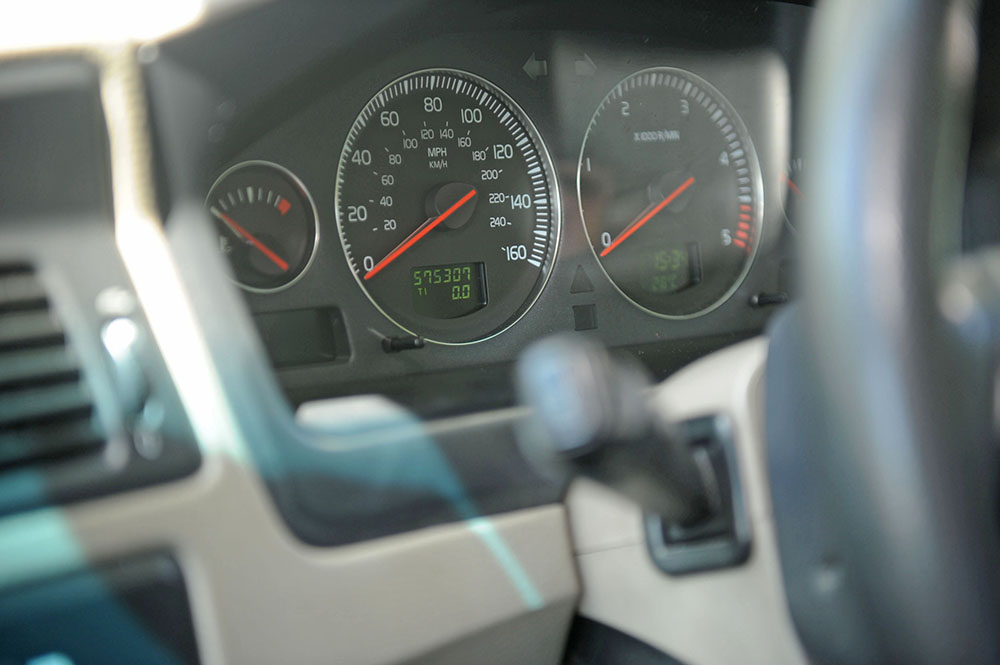 “I’d previously run a Volvo S80 to 280,000 miles without trouble so this car’s 170,000 miles didn’t worry me,” he says. His confidence was not misplaced: it has never broken down and is still on its original engine, exhaust, turbocharger and alternator.

Marshall, who lives with his family in Sandhurst, Berkshire, drives well over 1,000 miles a week taking customers all over the South East, and occasionally beyond. If anyone should value reliability and place a premium on low mileage, it is him, but he claims to relish buying high-mileage cars.

Marshall is fastidious. He carries a spare for each of the Volvo’s bulbs in the car, and at home has 10 more of each as back-up

“Most people have a mental block about cars that have done over 100,000 miles,” he says. “As a result, the cars’ prices drop off a cliff and they become absolute bargains.”

But he is careful not to be blinded by those low £ signs. The fastidious driver (he carries a spare for each of the Volvo’s bulbs in the car, and at home has 10 more of each as back-up) scrutinises each high-mileage car (he has owned three) before buying. 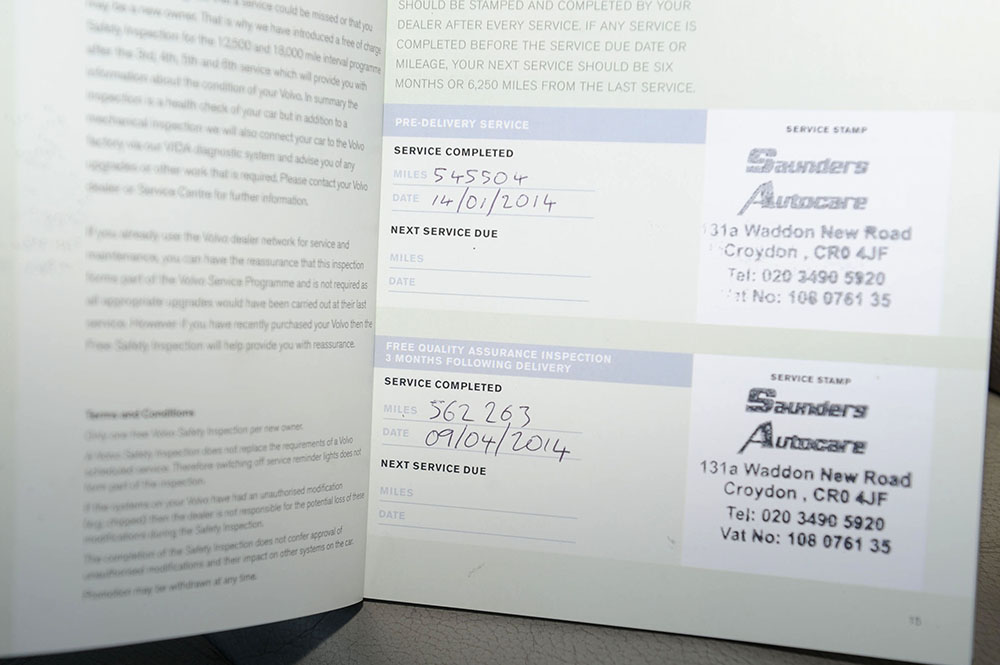 “Obviously, it must have full service history; just one missed oil service could cause long-term damage. I’m not worried about worn tyres, but they should be quality brands. Budget tyres mean budget servicing. And the interior should be clean and undamaged, just as you’d hope the previous owner’s home would be.”

He also recommends buying an automatic car because the transmission is kinder on the powertrain and drivetrain than a manual gearbox.

Marshall favours cars with mileages of between 120,000 and 160,000: “At that mileage they’re very cheap but still have lots of life remaining.”

Once in his possession, the high-mileage car is treated properly. It is serviced on the button and he has every fault attended to (he’s having the handbrake, mount and steering rack repaired or replaced as necessary in the next week). 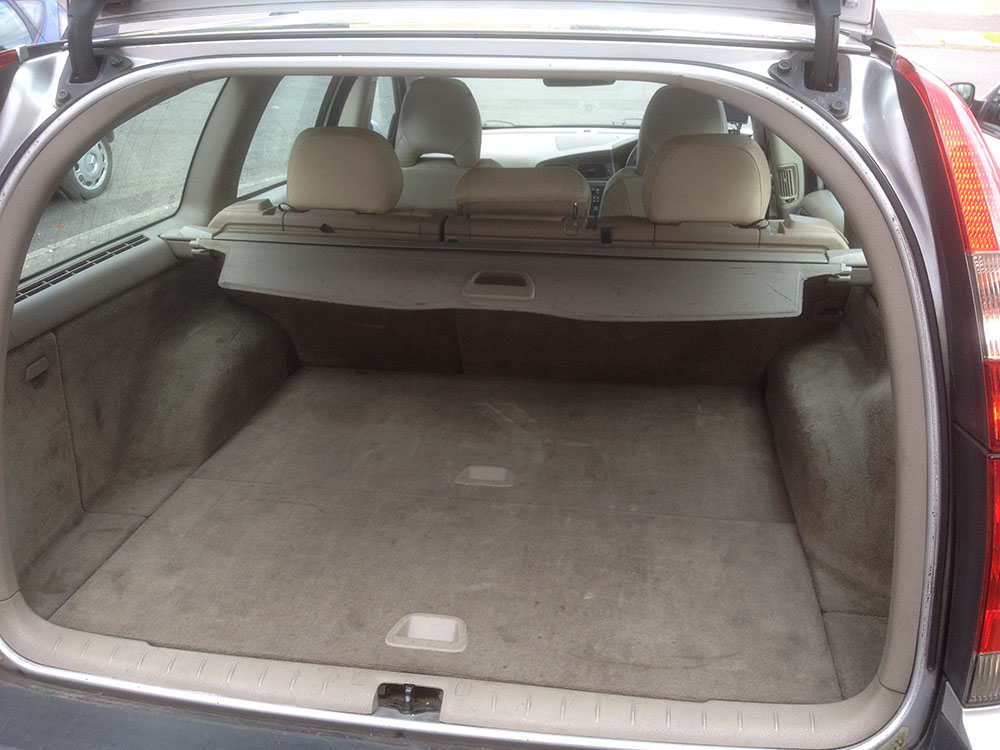 Later, after my test drive, Marshall shows me the car’s three service books filled with stamps at 12,000-mile intervals and, on the airbox, five grimy stickers attesting to the engine’s scheduled cambelt changes (every 100,000 miles).

“I get many of the parts from Braydon [an independent Volvo specialist and dismantler]. They saved me a fortune when the CEM that controls the electrical auxiliaries failed [it cost £120], and again when I had to replace the automatic gearbox [the most expensive item at £800, supplied and fitted].  I’d nursed the original gearbox for 100,000 miles, replacing the transmission fluid every 12,000 and adding Lucas Stop Slip to help things along. But it gave up in the end.”

His attention clearly pays off. The car averages 44mpg and during my test drive is actually showing 50mpg. Because it is used as a private hire vehicle, it must be MoT’d every six months, an ordeal it routinely passes with flying colours.

The V70 D5 was always happiest wafting about serenely and economically and, riding on its recently replaced dampers, this 575,000-mile example is no exception

As I drive the V70 I’m aware of one of Marshall’s other pieces of advice regarding a high-mileage car: “Treat it with respect.”

He claims never to take the engine over 3,000rpm or to labour it below 1,000rpm. Even so, he encourages me to floor the accelerator and see how the old girl responds. There’s a full-throated roar from the five-cylinder engine as the gearbox kicks down obediently, but fast it ’aint. The V70 D5 was always happiest wafting about serenely and economically and, riding on its recently replaced dampers, this 575,000-mile example is no exception. I check the rear-view mirror for black smoke. The air is clear. 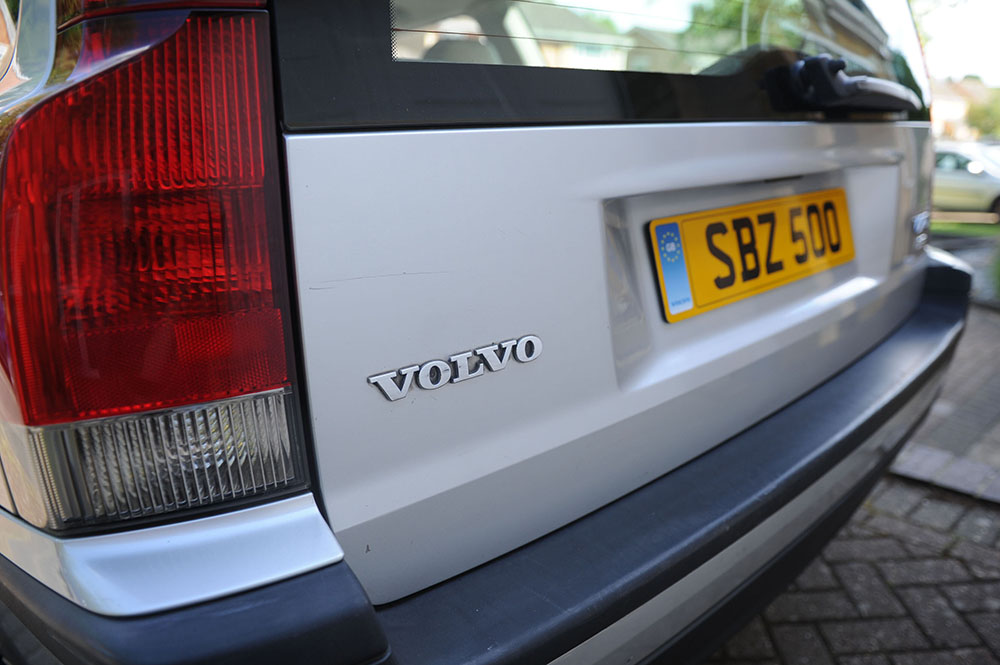 But for all its smooth-riding quality one thing above all impresses me about Marshall’s Volvo: its steering wheel. How come it still feels so thick and well-upholstered?

“That’s the third one,” he says. “The original D5 colour coding wore off the first two and a garage persuaded me to buy the plain black version instead. Best thing I ever did.”

According to Philip Nothard, a valuation specialist at car price experts Cap, high-mileage cars have never been such a bargain.

“You can tell people until you’re blue in the face that today’s cars are so reliable and well made, they will easily do in excess of 100,000 miles, but they don’t want to know,” he says. “They still have a problem with high-mileage cars and in any case, there’s so much used car choice out there and cheap finance deals that they don’t have to bother with them.”