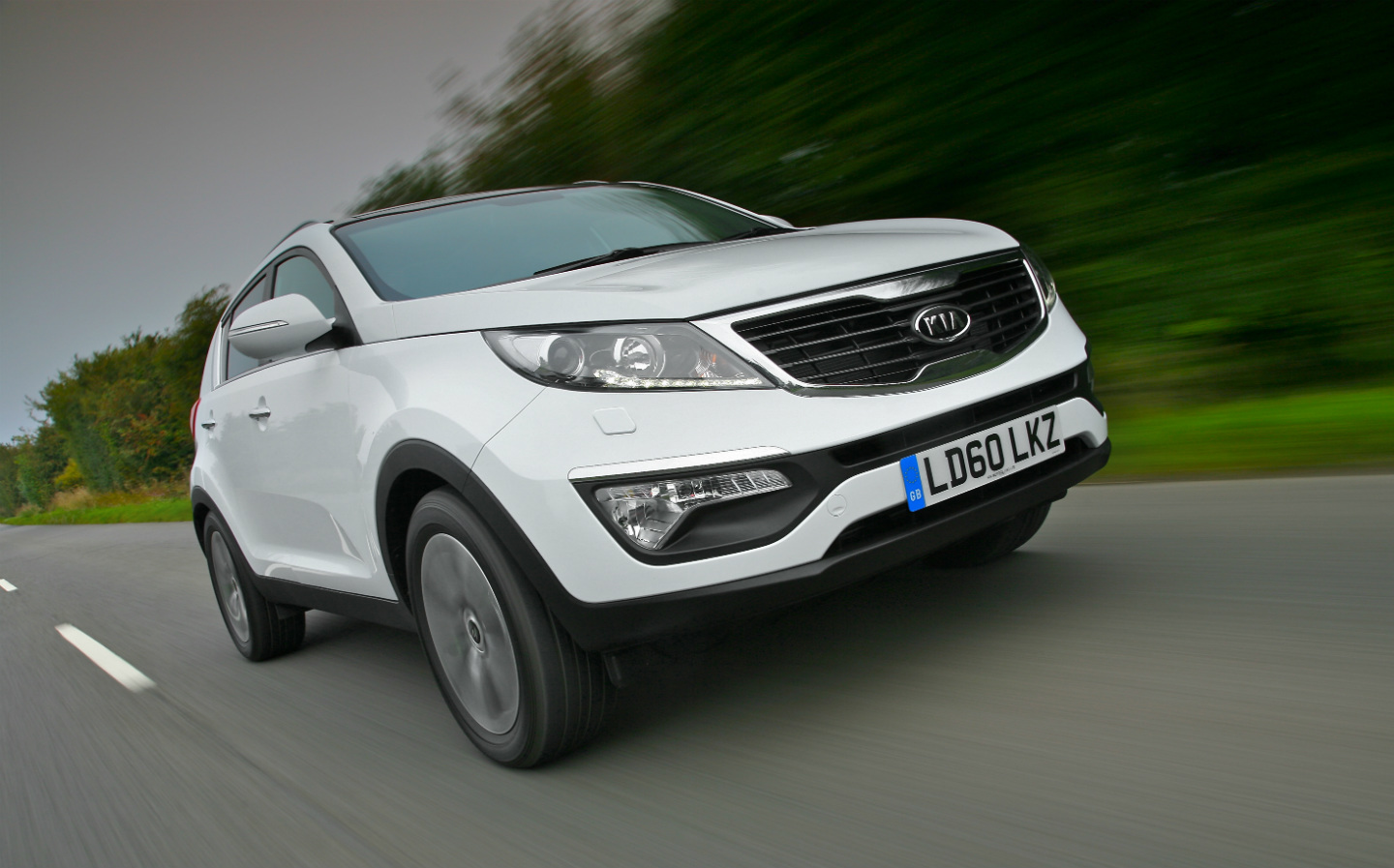 IF ANY type of car were going to win a popularity contest, it’s the sport utility vehicle, or SUV. For more than two decades the so-called soft-roader has struck a chord with drivers of all sorts, with ever-increasing numbers falling for the tough-guy looks, lofty driving position and tolerable running costs.

Toyota jump-started the SUV craze in 1994 with the RAV4. Honda and Nissan quickly joined Toyota in the SUV hot tub, before Audi, BMW, Ford, Hyundai, Kia, Mercedes, Skoda, Volkswagen and Volvo all piled in, leaving little room for anyone to squeeze in.

With the market segment having been around for so long, there’s a small SUV for every budget – prices start at under £1,000 for something old and leggy. Increase your spending limit to £8,000 and there’s a large choice of compact SUVs within reach. Our selection offers something for everyone; these models are plentiful, desirable and available with four-wheel drive (some have it as standard). Crucially, they’re affordable too.

Puts the sport into the utility vehicle 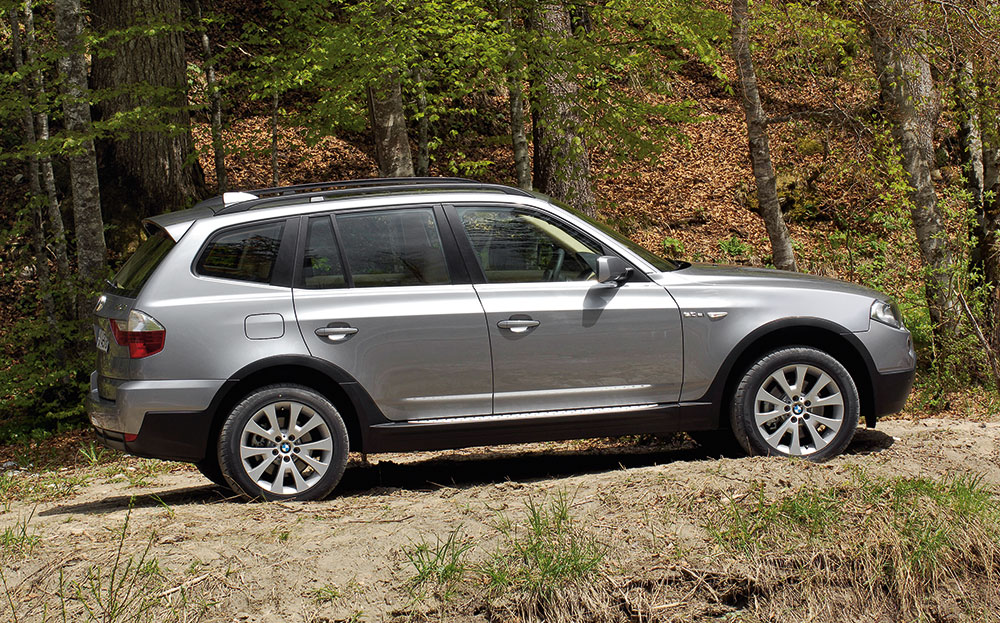 BMW launched the X3 in 2004 as a follow-up to its hugely successful X5. With Brits flocking to premium brands like ducks to breadcrumbs, and the growing popularity of compact SUVs, a smaller BMW off-roader was always destined to be a hit.

While some early cars look downmarket with their black plastic bumpers, a budget of £8,000 secures the revised (post-August 2006) model with colour-matched panels. As you’d expect from BMW, the X3 is a great car to drive. There are 2, 2.5 and 3-litre petrol engines and 2 and 3-litre diesels; most used cars are diesel, boasting BMW’s fabulous straight-six engine that combines sports-car pace with surprising fuel economy. 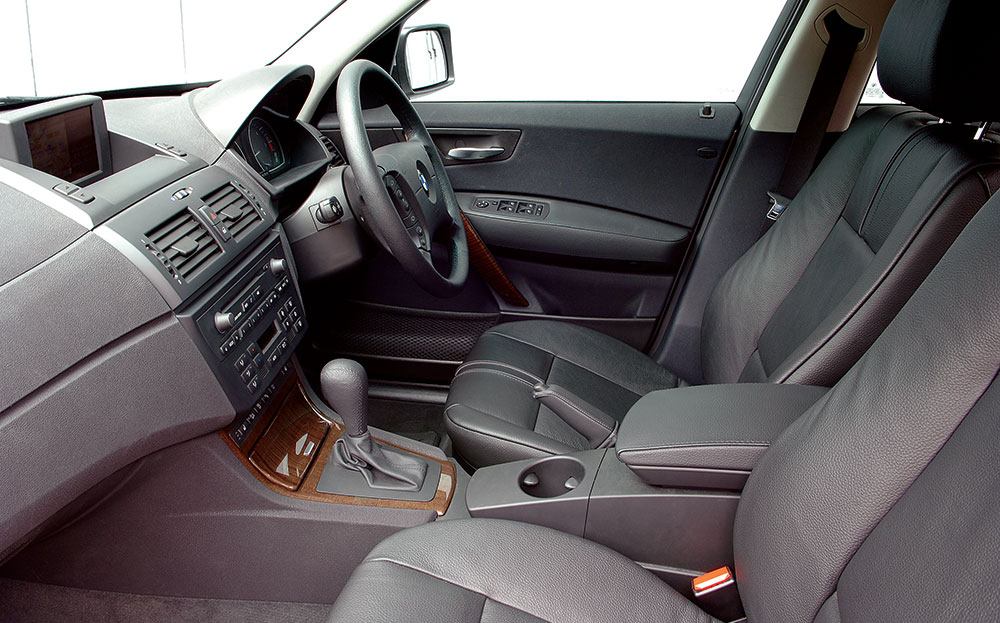 When buying, go for the post-August 2006 car, as it has a much better interior; earlier cabins felt cheap. Home in on an X3 with leather trim, avoid M Sport cars if you have fillings (the stiffer suspension is uncomfortably firm) and make sure the rear window washer works. The pipe can come adrift under the cabin carpet, leading to floods and consequent bills.

The car that put Kia on the map with SUV drivers 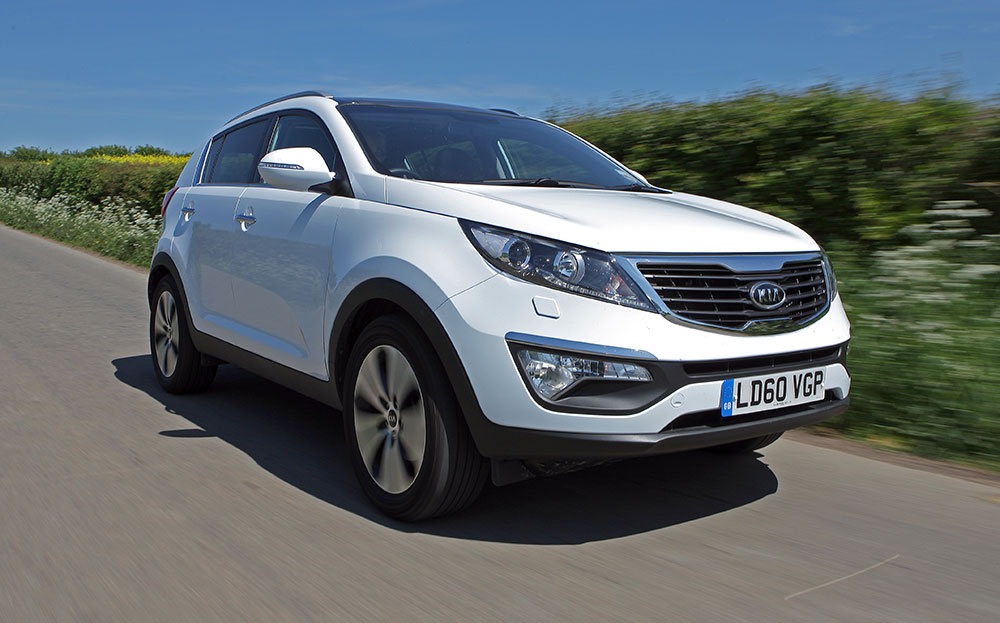 Kia’s upward march in design, build quality and, whisper it, desirability has been nothing short of astonishing. But the point we knew the Korean company had really nailed it was when it introduced the Sportage Mk 3 in 2010.

Looking like a Range Rover Evoque, the Sportage had it all: value, practicality and a sharp suit. All it lacked was a premium badge on the grille, but the reliability made up for that; this car is now obsolete but even the earliest models are still under warranty. Nobody else can match that. 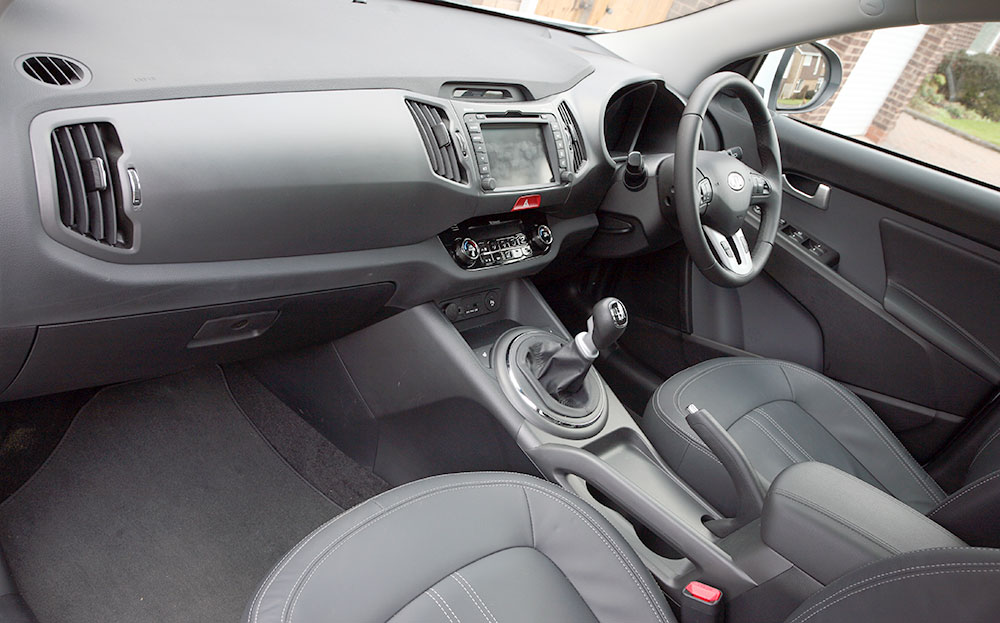 Buyers can choose between 1.6 and 2-litre petrol Sportages, along with 1.7 and 2-litre diesels. Only the 2-litre versions are available with an automatic gearbox, and as standard they have four-wheel drive. The smaller engines come with front-wheel drive. If you’re buying one of these because you want to tow a trailer or caravan, home in on a range-topping 2.0 CRDi KX-4 edition: it has a muscular engine with 282 lb ft of torque, instead of the 236 lb ft of lesser 2.0 CRDi cars.

Up for a spot of rough and tumble 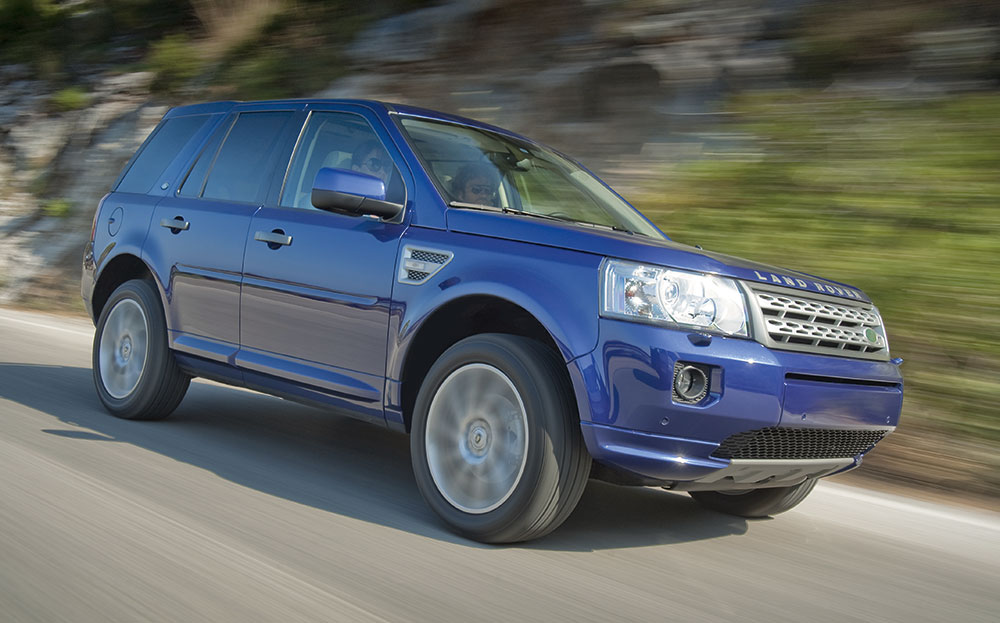 For some, there’s only one brand that can cut it when it comes to four-wheel drive: Land Rover. Marketed as the best 4×4 by far, the Landie is undeniably capable when the going gets tough, but it’s pretty adept on the road too.

It holds its value well, so you won’t find a low-mileage car for £8,000. Look for a full service history: reliability is an issue, so you need to know it’s been well cared for.

At first the Freelander 2 was offered with a 3.2-litre six-cylinder petrol engine alongside a 2.2 diesel; the former was soon killed off, leaving only the TD4. A facelift in September 2010 brought the eD4 (front-wheel drive and a manual gearbox) and SD4 (four-wheel drive; automatic only); the TD4 is four-wheel drive with either transmission. 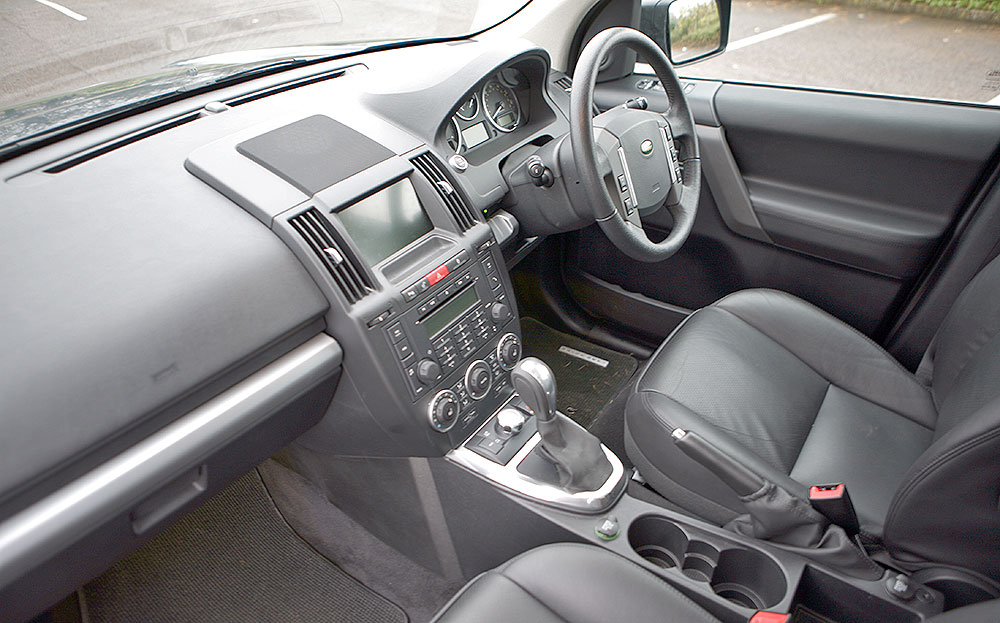 In the used car market there’s a fairly even split between manual and automatic; it pays to know that the latter are thirstier and have higher CO2 emission levels, even if the transmission is nice to use. Whichever you buy, check carefully for electrical and electronic glitches, leaky differentials, slipping clutches and rumbling or whining gearboxes. 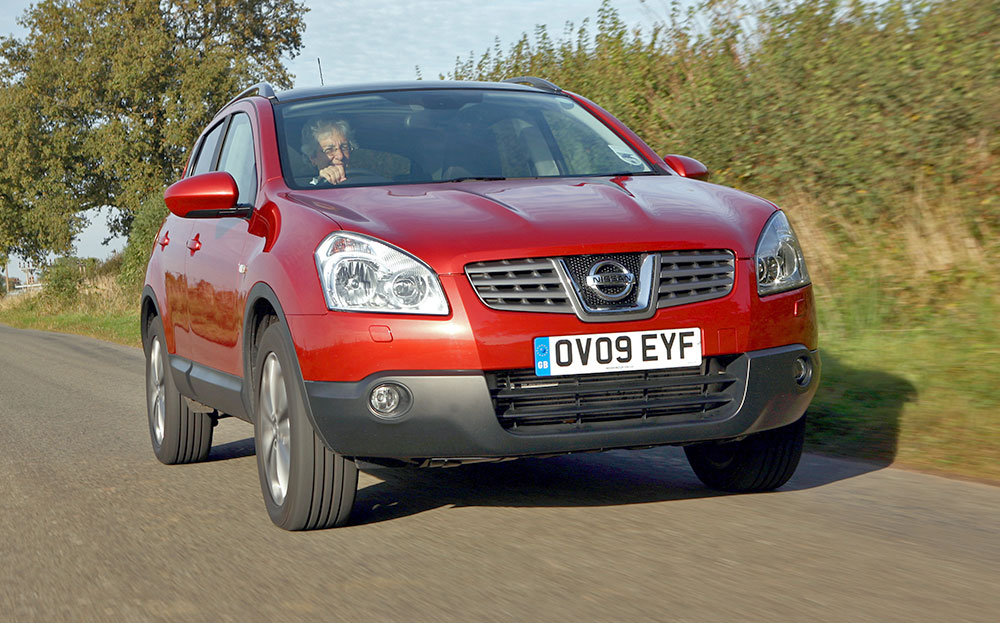 It wasn’t the first small SUV, but the Nissan Qashqai was the one that made Britain fall in love with the crossover. With its elevated driving position, comfortable suspension and decent interior, it’s popular with families, and a clever part-time four-wheel-drive system keeps a lid on fuel bills. The Nissan is the only one of the SUVs here available as a seven-seater — the Qashqai +2.

You can choose between 1.6 and 2-litre petrol engines and 1.5 and 2-litre diesels; only the bigger units come with four-wheel drive. In September 2011 the bigger diesel was replaced by a 1.6 dCi, which is just about within reach for £8,000. Thanks to keen pricing and huge sales in the showroom, you get plenty of used Qashqai for your cash; £8,000 buys a low-mileage 1.5 dCi from after the April 2010 facelift. 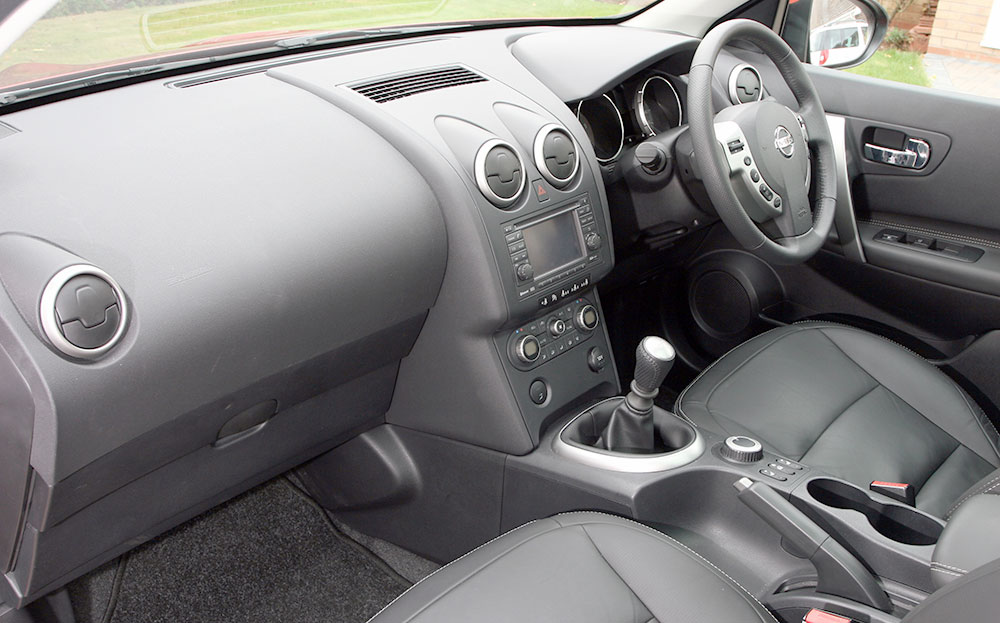 Nissan’s trim levels are Visia, Acenta, n-tec and then Tekna. All include plenty of kit, but the posher-spec cars are noticeably nicer inside and not much more expensive at six years old. Before buying, make sure the ignition barrel works, the windscreen doesn’t leak and the shock absorbers don’t need to be replaced. If a model with the CVT automatic gearbox takes your fancy, make sure it works smoothly; repairs can be extremely expensive.

The original and still one of the best 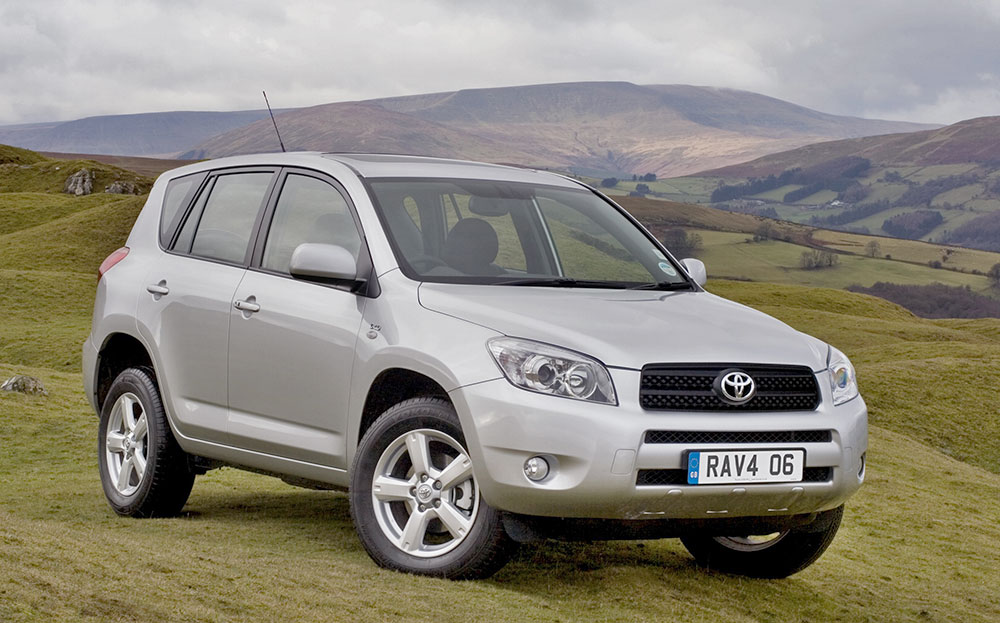 The RAV4 is the grandaddy of compact SUVs, and the oldest examples can be had for just £500. For £8,000 you can buy a 2008 third-generation car in rude health — it helps that RAV4s tend to have doting owners. 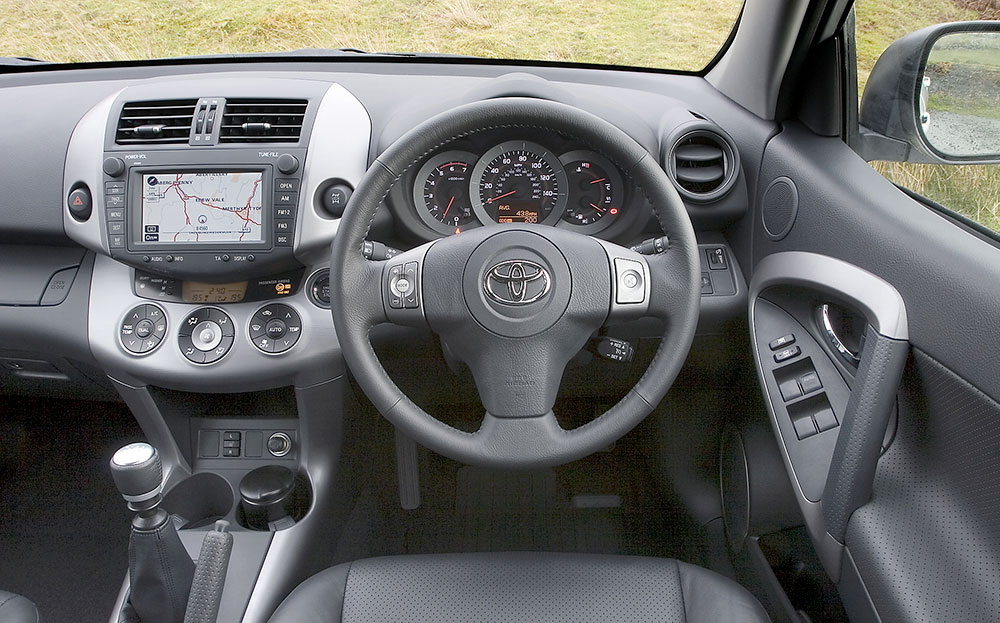 Most RAV4s are diesel and four-wheel drive; front-wheel drive also arrived in July 2010. The D-4D engine is smooth, muscular and frugal, but it is prone to head gasket problems and failure of the dual-mass flywheel. That said, overall reliability is among the best.